When the fire fades, the ash will rise... Let's Play Dark Souls 3

"The Lords have left their thrones, and must be deliver’d to them. To this end, I am at thy side."

Dark Souls 3 is the end of the Dark Souls trilogy (unless From makes another entry at a later date, but they’ve stated enough times that this is it for the “Dark Souls” moniker), and it’s a pretty good wrap-up of the series, though it does have its share of problems.

Having advanced knowledge of the previous games is not a necessity for Souls games, since the plots are fairly well-contained. There are definite themes and plotlines that extend over the course of every game, but it’s nothing too complicated. Dark Souls 3 also takes heavily from earlier entries in the series, and whether or not that’s considered a bad thing really depends on who you talk to.

The big selling points of the series are its difficulty and its boss fights, of which I believe that Dark Souls 3 has the best collection of bosses of any of the previous games (save for the first Dark Souls, maybe). The game borrows a lot from the mechanics of From’s previous game, Bloodborne, but there is plenty to be referenced from each of their last 4 games (DeS, DaS, DaS2, BB).

This LP is somewhat of a “casual” playthrough where I’ll try to show off everything I can, but it won’t necessarily be a 100% playthrough. I’ve played each of the Souls games for hundreds of hours, so I’m very familiar with what to do, but don’t take everything I say or do as definitive fact, as the Souls games can be incredibly vague and cryptic about what’s going on.

This will mostly be a fun playthrough, where I jokingly talk myself up and then do something very stupid almost immediately afterward, so don’t worry about taking any of this too seriously.

This particular LP is different from anything I or my regular co-commentator Lobo have done before in that we’ll be bringing on other commentators throughout the LP to experience that which is Dark Souls the Third™. As the LP goes on, we’ll have people joining us with varying degrees of knowledge of and experience with the series, hoping to get a good sampling of what this game is like to different people.

Q: Will you be fighting every boss in the game?
A: Yes, we’ll be tackling all of the base game bosses as well as every boss in both of the DLCs.

Q: Can I join in on the commentary at some point?
A: Sure! See above to make sure that there’s still room, but I’ll be posting videos (sort of) as they’re being commentated on, so we’re never much farther ahead than what’s already been posted.

Q: What will be the thread’s policy on spoilers?
A: All of the games in the Dark Souls series have more-or-less similar plots, but I’m more concerned about moments in Dark Souls 3 being spoiled. Don’t post something about a boss or an enemy encounter before we get to it.

Q: What if I want to discuss the lore?
A: You are more than welcome to, just keep in mind the above Q/A. We probably won’t go into the lore in each video that much, but because of From’s commitment to leaving out as many details as they can, these games invite tons of speculations into what’s really going on. So, don’t worry about posting fan theories here and whatnot.

Let’s get started with a double feature of videos! 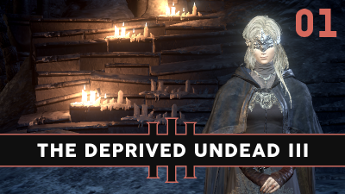 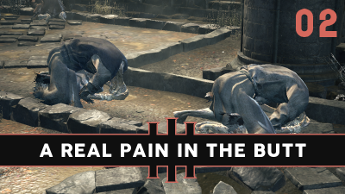 Let’s get started with a very promising boss fight! After that, our next step is to find some clothing because Public Indecency is the last thing that we should be having to worry about… 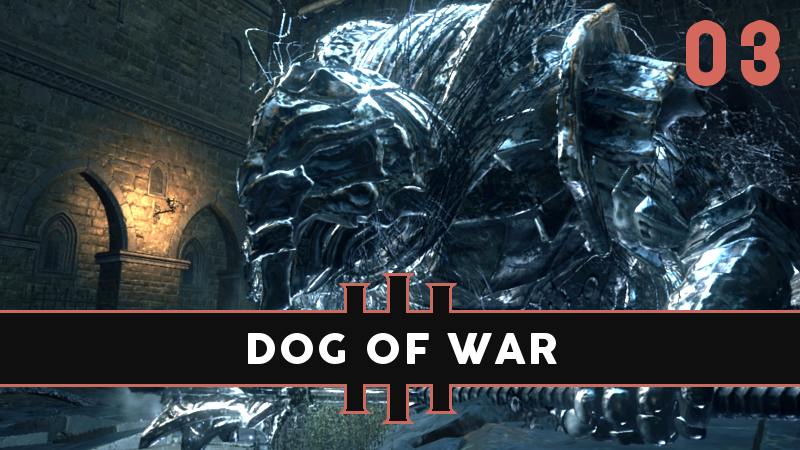 It’s time to finish up the High Wall and see what sort of a Boss it has in store for us! 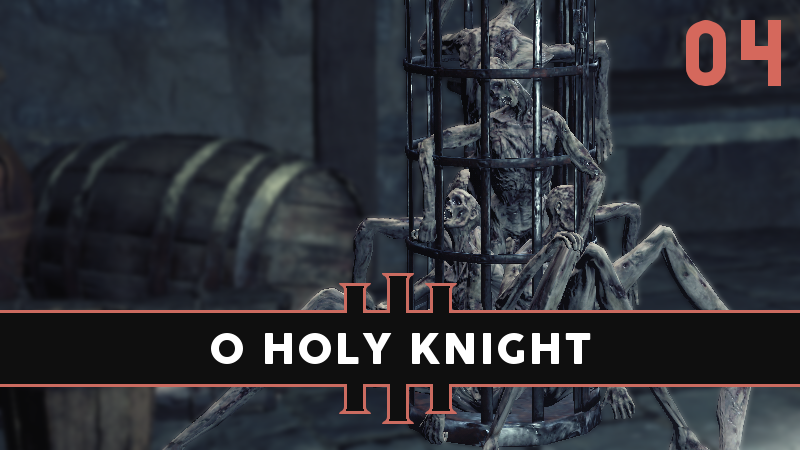 Also, let me know if you can figure out where one person in those cages ends and another begins…

So if Andre is still alive after however much time has passed, huh. Maybe he is Gwyn’s firstborn after all. 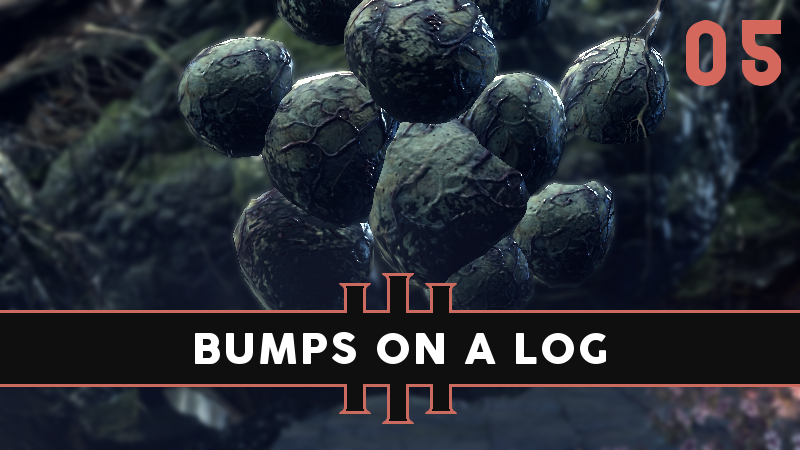 I apologize for everything and nothing in this video, especially during the boss fight.

We’ve got one more video after this to finish out the Undead Settlement because this is a huge area with some good secrets worth finding.

Also, I can’t really speculate on Andre, as there may be someone else later on that might fit that description better.

The Curse-Rotted Greatwood is kind of a giant baby. He just sits on his ass, pissing poisonous liquid, kind of swiping at you but with not a lot of motor control. Sometimes he rolls on his back and throws a tantrum, and sometimes he stands up, but falls back down again.

Also, for those who haven’t played Dark Souls III before, note where you find Evangelists and what items you find around them. They’re related to Aldrich, and are significant, kind of like the Channelers in Dark Souls I.

I do not condone animal violence, I just thought it was a good joke at the time.

It was, I was just poking fun a little. Based on how many times I said “sacks” during the boss fight, I just thought it was funny what we were saying at the time.

I wanted to clear it up for people thats all lol 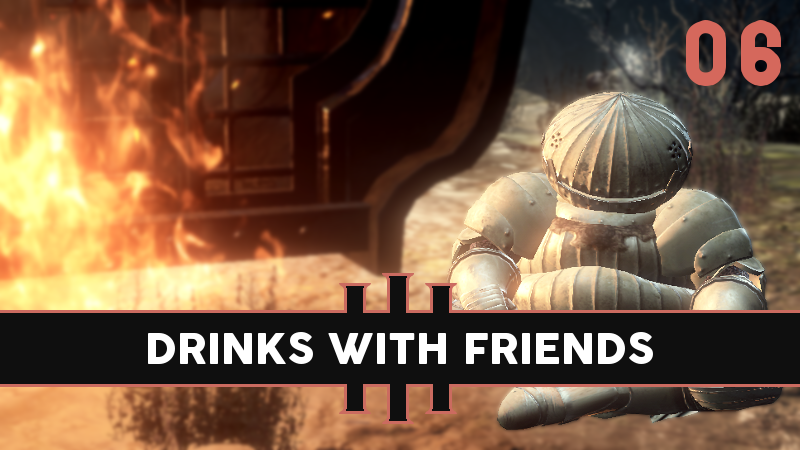 It’s the last video (for now?) with our first guest, LB, so let’s finish off the Undead Settlement by making a couple of new friends!

We’re gonna wind down after freeing a nun from prison(?) by celebrating with a beer or two with our new best friend.

And if anyone understand the lineage of the onion people, you are more than welcome to inform/correct me on it. 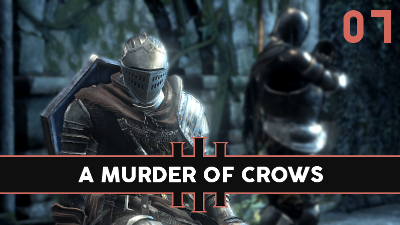 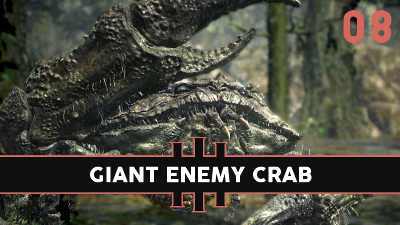 Anyway, in Episode 07, we explore more of Firelink Shrine and meet the NPC with the far-and-away strangest name in the Souls series. Then, we go kill some larger birdpeople and make even more friends.

And yes, Episode 08’s title is the most obvious joke in the world, but you know what, how many opportunities – genuine opportunities – does one get to reference that Sony press conference disaster? That’s right, not enough.

Not going to lie, these are probably your best videos thus far.

Well, I’m glad you genuinely-and-totally-without-bias think that! Now, I don’t want to get you too excited, but wait until you see the next FOUR videos. It’ll blow your mind!

How did you not point out that the description of the Fallen Knight set mentions that it’s drenched in urine. That’s perhaps the most significant bit of lore in the entire game.

The specific quote is from the trousers’ item description, which reads:

Trousers of an order of fallen knights. Held beneath leather boots and drab cloth using a knot of rope and bandage, they are dampened and indelibly stained with the misery of flight.

Dark Souls has a weird sense of humor sometimes.

It’s a joke on From’s part because they realized a lot of players would use that set, I think. I used it too in my first run. Then I learned its horrible secret. I did not want to put another stain onto these trousers. So I stopped wearing pants altogether. That’s my Dark Souls III story.