At 2,000 Pages, This Is Not Your Average Film Script - Let's Play Beyond: Two Souls [Chronologically]

“Beyond: Two Souls” is the (as of now) latest game from French developer Quantic Dream (QD), but you may know them better as David Cage.

The studio is pretty well-known for its cinematic approach to games, which has resulted in weird defenses from the studio. Despite all that though, Beyond: Two Souls managed to make an appearance at the Tribeca Film Festival, only the second video game to do so (the first being L.A. Noire). Their previous games, Heavy Rain and Fahrenheit (Indigo Prophecy), have received some critical praise, with both sitting around an 80 on metacritic.

Lately, you may have heard of them in various news sources about the studio’s toxic work environment (each of those words is a different hyperlink), with one of the journalists who originally broke the story allegedly being blacklisted by Sony.

David Cage, QD’s founder and CEO, is often referred to as an auteur, (an auteur is a filmmaker whose personal influence and artistic control over a movie are so great that the filmmaker is regarded as the author of the movie), but routinely says weird and odd things about his own works. He often feels that he can create real people within his games but seems intent on not exploring what themes and messages his games are making, because those have consequences and he would rather just make games with 2,000-page scripts. The opening paragraphs in the previous link’s article are telling:

Sony is being a little cheeky when it comes to bragging about the depth of Quantum Dreams [sic] upcoming thriller game, Beyond: Two Souls. It recently shipped out a 2,000 page book to a few news outlets to show off how long the script for the game is.

When the book was opened, it was totally blank, revealing no secrets or spoilers other than a statement on the first page which says “The average film script is about 100 pages long. At 2,000 pages, this is not your average film script.”

Throughout the game, there are moments involving mature themes, including (but not limited to):

Beyond: Two Souls (BTS) is the fourth game from QD/Cage, following Heavy Rain, Indigo Prophecy and the oft-forgotten Omikron: The Nomad Soul. Indigo Prophecy through to this game all feature limited UIs, environmental interactions, and quick-time events (QTEs).

The conception of this game is a little… stalker-ish, to be honest, with Cage reportedly spending “the last 12 months looking at pictures of Ellen Page” before even approaching her to work on it.

The big selling point for this game compared to the others, however, is its sheer starpower filling in the roles of its main characters Jodie Holmes and Nathan Dawkins, played by Ellen Page and Willem Dafoe, respectively, though the game will be played entirely from the perspective of Page’s character, Jodie. But even that isn’t free from controversy when it was revealed that QD went much further than they promised with Page’s in-game appearance.

There is a lot of real world stuff going on surrounding this studio and this game, so I apologize in advance if not all of it makes it into the actual videos of the LP.

Let’s jump right into what this LP is, because this won’t be a normal playthrough of the game.

When playing through BTS, the player will experience little vignette-style chapters told almost completely out of order. There is an in-game explanation for this, but I feel like this makes the game’s narrative and themes a little hard to digest when you could experience tonal whiplash from two adjacently-played chapters. So, for this LP, I’ll be showing the game off in chronological order. We’ll start from the earliest point in the story’s timeline and work our way forward until we reach the end.

I’m doing this for a few reasons:

Note: I am not doing the LP in this way because of some belief that stories must be told in chronological order to be good; this is merely a chance to look at one particular story through this light, to see what happens.

Q: What is the spoiler policy for this thread?

Though we are going to hit some things out of order, and sometimes be unintentionally spoiled for later parts, don’t spoil anything until we’ve seen it.

Q: Is knowledge of other Quantic Dream games necessary for this game?

No, but it may help you understand a bit more of what is happening in the game, especially how the gameplay mechanics work.

Q: Can we discuss other Quantic Dream games in this thread?

Absolutely, though if you’re worried about mentioning spoilers for those games, just use spoiler tags and you’ll be fine.

Q: Is this technically a SoulsBorne game?

Here are the links for the full YouTube playlists: 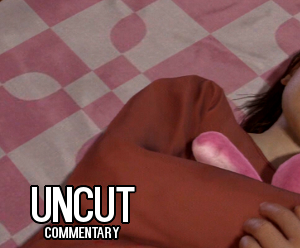 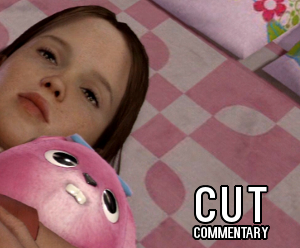 Let’s begin on a quiet snowy day and hope that absolutely nothing bad happens.

This game is beyond all other LPs

Always remember to bring your ghost spray for when your friendlyish ghost decides to act out and almost murder someone.

Playing it chronologically is a neat gimmick for sure, I will say though, supposedly the PS4 port of the game let’s you do this.

It’s kinda arrogant to assume you can get a sense of an artist through their work imo, but David Cage’s stories all suggest a lot of… bad things about him. Basically I’m not at all surprised by these recent reports. I’d love to see what Quantic Dream could make if he wasn’t in the picture because they’re clearly staffed with really talented people.

This is the only way to safely experience a David Cage game.

Playing it chronologically is a neat gimmick for sure, I will say though, supposedly the PS4 port of the game let’s you do this.

For some reason, the PS4 version is strangely harder to come by and the sellers I found online made me hesitate too much to want to buy it. There’s a combo pack with Heavy Rain, but with how cheap the PS3 version was for me ($5.00), it was a much easier sell.

Once you beat the game, you have access to all of the chapters whenever you want through a chapter select, so that’s what I’ll be using to run through for practice attempts. However, for some things, I’ll have to run through the entire game to affect some stuff much later in the game.

So, the really troublesome stuff won’t come up right away, because the child chapters are much tamer. Once we leave them behind, though, it gets bad incredibly quickly and there will be in-video warnings when they are coming up.

Oh, and I want to mention that there will be polls throughout the thread to determine how I’ll handle some stuff, the first of which will be very soon, actually. Some of these will be inconsequential, others will have more of an effect in the game. I’ll try to display the options without spoiling too much, but sometimes it’ll be a blatant choice that I won’t be able to not outright say.

i lped this when it came out back on SA and holy shit its bad, its so bad

oh no this game

I like what you’re doing with the lp though. 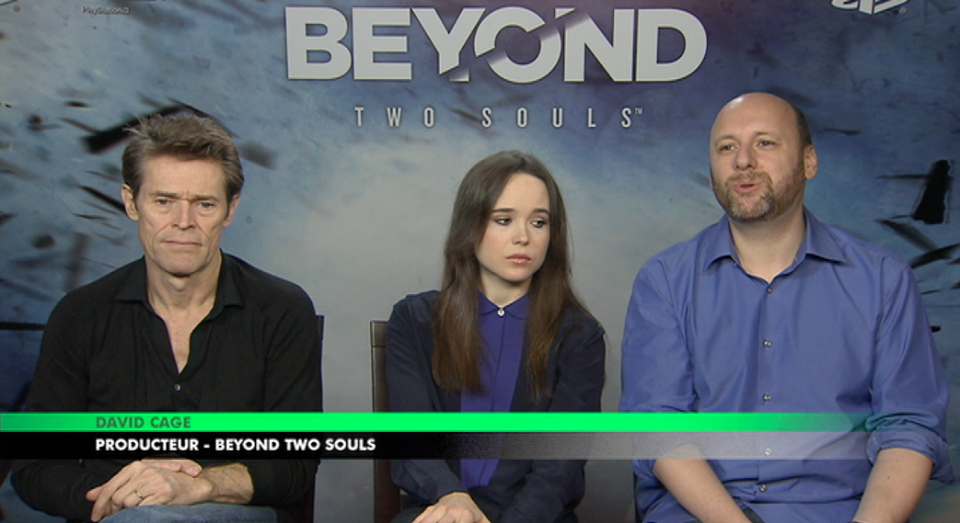 To quote the legendary Hidetaka Miyazaki: “Quantic Dream was a mistake!”

This is the only Quantic Dream game I couldn’t bring myself to finish. I actually quite enjoyed Farenheit, it was fairly unique at the time and the second half is a really good example of “so bad it’s good”. Heavy Rain was actually decent up until the plot twist. Finally there is Omikron, it’s pretty subpar, but I’m glad it exists.

This game however… boy, aside form Page and Dafoe there is really nothing that I enjoyed about it, hopefully this LP helps me solider through it.

Fahrenheit is the best game because you become zombie Jesus and fight the internet everything else is very hit and miss. I think I was mostly cool with them because no one else was trying to do the same kinda thing? Then of course Until Dawn came out and nailed it.

The other two actors look kinda like they’ve seen hell and didn’t come back entirely. Unfortunately the one who brought them there is apparently right next to them based on the look of despair of Ellen Page.

For wanting their games to be comparable to movies, all of Quantic Dream’s works have glaring storytelling mistakes, and every single one of them would be improved tenfold by having half the content removed.

I’m holding out hope for Detroit because it appears (to me at least) that they’re going for a hyper focused vignette style with this detective character. Knowing QD, though, its gonna have a couple of strong opening scenes until you find out that all the robots are actually controlled by brainwashed alien ghosts and your character is the budding queen.

Also there will only be like, two black people, despite taking place in Detroit