853×145
Gravity Rush is an action game for the Vita that was released in 2012 that also has elements of Sandbox, RPG and Platforming games. You play as an amnesic woman who woke up in an alley to discover she has to ability to manipulate gravity and fly thanks to her galaxy cat. She then saves a bunch of ungrateful jerkasses and becomes a repairman while cops steal credit for her heroism while she occasionally launches innocent civilians straight into the sky. Being a super hero is fun

799×127
So for this LP I used the 2016 Remastered Edition for the PS4. In addition to looking better it controls a million times smoother. All commentary is done in post with my good friend and frequent collaborator Pullahoko. I’ve played through this game before but he has not. We’ll be going for 100%, so all gold medals and collectibles. Even if we don’t get a gold medal the instant a mission is available, we’ll go back and get it later on. We’ll also have a few episodes of just exploring the beautifully detailed and huge maps in this game, since hunting for gems and exploring the terrain is half the fun. I’d ask that people avoid spoilers, especially for the second one (as I myself haven’t finished it yet)

Our update schedule is a new update Saturday/Sunday of each week! (Unless a convention is happening) 451×699
Kat is our high-flying, thirsty sewer dwelling protagonist. She gets dunked on constantly, but my god does she know how to kick. She wakes up with Amnesia and is immediately thrust into the roll of superhero and janitor for the city. She’s spunky as all heck, and believes in 'Screw the rules, I’m gonna do what’s right". Can she save the world by hurling innocent bystandards at walls and kicking the hell out of Nevi? Only time will tell 900×1100
Dusty is Kat’s flying cat. He was next to Kat in the alley she woke up in, and granted her the ability to shift gravity. He’s got a galaxy inside of him or something like that. He’s a very good cat 503×671
Raven is a mysterious rival in black and red, which has never been done in any video game before. She also has the ability to shift gravity, and doesn’t seem to like us Crow is the Raven’s flying crow. Unlike the cat, its ability to fly isn’t all that unique

236×603
Syd is a cop who gave Kat her name in exchange for stealing credit for her heroic actions. What a jerk 282×553
Yunica Super Fighting Robot, the grand fighter of the Anti-Nevi ‘Jellyfish’ squad. Nicknamed The Sea Wasp, she is basically a Rocketeer with a megaman blaster and a lance. I really wish I could play as her Yuri Gerneaux is commander of the anti-Nevi special forces of the city. Let me tell you what a bad idea it is to google “Gravity Rush Yuri” at work to try to grab a picture of him 333×600
Alias is a mysterious thief who is up to no good, and seems to have some connection to the Nevi. Looks like a Tim Burton character 403×546
Alderman Mayor D’nelica is a politician who in no way acts like other politicians in recent years, nosiree bob! Picks up the title of Main Antagonist after he has the current mayor killed and because they need a villain to tie things up after Alias got panini pressed. Adreaux is our Minions-Cosplaying pain in the ass, probably more evil than he looks to anyone with more sense than Kat Zaza Is head of the lost tribe of children in Boutoume. May also be a crow. Swings a pipe super, duper good Cyanea is a member of the lost tribe. Really good at napping. Also probably created the entire world and everything in it. Maybe, kinda…probably Echo is an idiot in love with jerkass 280×535
Gade, the Creator is the long lost brother of Tyler the Creator is a weird old homeless dude who lives in a sewer and rummages through trash. Kat chastises him for these things, because I suppose she hasn’t ever seen a mirror. In any case, he seems to know a lot about this world and our purpose in it. Oh yeah, and his belly is a black hole

283×597
Aki is the owner of Pandora’s Fortunes. She tells cryptic fortunes that cost a ton and all sound like fantasy metal lyrics. Snakerabbits are the Boys. They’re back in town 1010×566
Singlor and Nala are a mysterious vanishing couple in this world who are really ghosts, lost spirits, manifestations of james sunderland’s guilt and repressed lust just some unlucky people 465×509
The Nevi are the enemy of the game. Their weak point should be pretty obvious. Come in tons of different sizes and powers, none of whom manage to conceal that weak point
dimbosama February 4, 2017, 5:03pm #3

This is the best fake french fake anime. This is easily one of my favourite Vita games. Will you be doing the sequel as well?

Hopefully! I’m doing my casual run of it at the same time I’m doing this LP so hopefully when I finish 1 I’ll have a good idea how to optimize 2 for the LP

I saw about an hour of the Vita version, and this looks a lot better. That one looked… serviceable, but fights look way cooler when you don’t have to shift the console about.

I love that “Gravity Shifter” is apparently just a commonplace term. Like, gravity manipulation is specifically a problem in this world. How are good, honest people supposed to sit down for a meal when those damn Gravity Shifters are just messing with the direction mass attracts to all willy nilly?

Also, I’m very disappointed the rival’s name is Raven and not Krow. That would’ve been perfect.

Interestingly enough, her JP name is Crow, just like Kat’s is Kitten

The designs are really neat in this!

And wow, these people are pretty ungrateful… if I wasn’t bogged down by this annoying sense of human empathy then I’d surely toss his boy into another shadow nebula and call it a day… 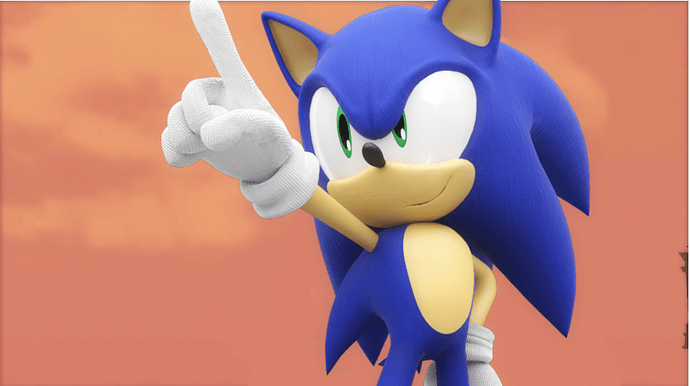 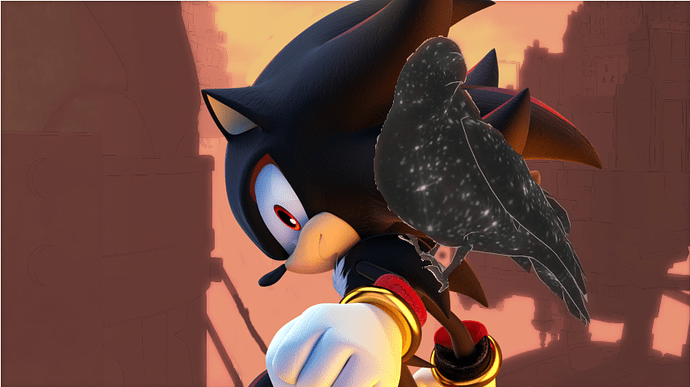 This is so goddamn perfect

Gravity Rush remains to this day, one of my favorite Vita games, and I’m just glad that there’s a sequel. And that more people have a chance to play it and check it out thanks to the Remaster. It’s just a lot of fun running around and gravity kicking everything into oblivion.

It’s just a shame that Kat never really gets the credit she deserves from all the ungrateful jerks in this city. 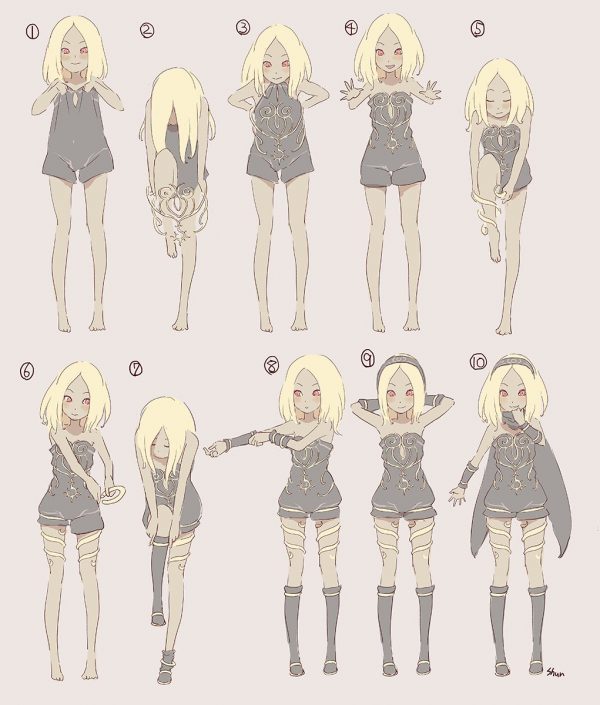 Please enjoy a small infographic on how Kat gets dressed every day.

Less cool - The designer also noted that if she were to move too much the retention spring would release and her outfit would fall off because anime.

Speaking of outfits, we’ll be unlocking our first costume soon and we’ll be holding polls on if people feel like maids or not

New Episode is up!

Time to get introduced to challenge missions, and build our…uh…Katcave?

The Adventures of a Hobo Superhero and her Magic God Cat is a good game.

I still can’t believe she lives in the sewers. Where does she even get running water from?

Sewers and water mains are generally in similar areas, she just did a bit of pirate plumbing. The real discovery here is that the city has municipal hot water. (Or Kat’s been quite enterprising.)