Hello I’m Jenner of the Untitled Gaming Group (unofficial name), GM of past tabletop LPs of Ryuutama , Monsterhearts II, Dungeons and Dragons 5th Edition , and Blades In The Dark as well as a player in Dragon Ball Z FATE and Henshin! A Sentai RPG and LancerRPG I’m here again with yet another tabletop RPG LP only this time the Untitled Gaming Group (unofficial name) (comprised of @heyboots, @LoakaMossi, @Fefnir, @Scarlet, @Lyrewulf, and myself (@Jenner)) have something special in store for you because this time we are running/playing a Hardwired Island campaign set in the setting that was developed for the game. This game is being run by Alice!

What is Hardwired Island?:
It’s Shadowrun but less crunchy and somehow, inexplicably, more gay. I’ll edit this to be more informative eventually.

Characters and Their Players: 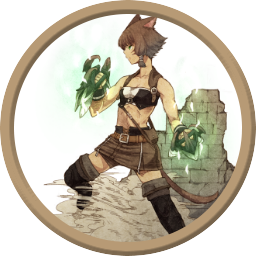 Chris Monet is a former reality TV star and wannabe MMA fighter who doesn’t know what drugs are but pretends she does. She is played by Scarlet 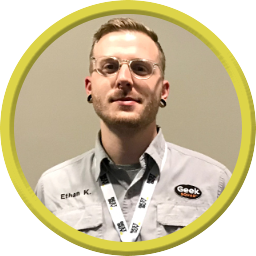 COOL RANCH AKA Punished Cooler Ranchman the Third is a tech savvy early adopter and a legend on the web. We shall never forget the best shitposter on Grandcross Station. He is played by @heyboots 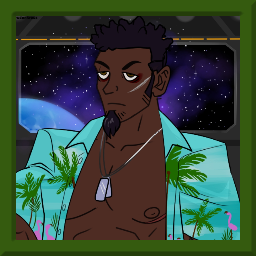 Selim Badour is a divorced 37 year old former Sergeant First Class, lapsed Muslim, and trans man who served in the Iraq War. He was honorably discharged after losing his right leg below the knee to an IED. He transitioned after his service. He was already pretty disillusioned before he came to Grand Cross looking for a fresh start but now he’s just going through the motions. He has a reputation of being an exemplary soldier who deeply cared for his charges but the trauma of his injuries and losses have rattled him and occasionally effect his performance. His is ex-wife, Birrah, lives on the station. He is played by @Jenner 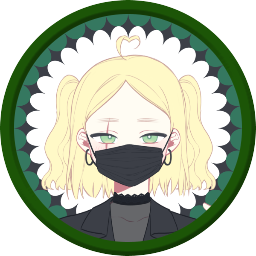 Reine Martel is a mercenary with the Grand Cross Blues, working under the name Hydorah. Due to her strange body chemistry, secretions from her skin can alter the acidity of the hydrogen particles around her. She is played by @Fefnir

Shoutouts to former member Breadmaster who I still miss!

NPCS:
[Pic Coming Eventually]
Birrah Fatima Yalwa-Badour: Selim’s wife. A skilled union mechanic and roboticist who learned the trade directly from one of the best in space, Ryyan Pendel*. She never signed the divorce documents and she still loves Selim.
Character Theme(s):
Main: Under Your Scars by Godsmack: "Under Your Scars" - Godsmack - YouTube
Ancillary: Inside from Sayonara Wildhearts: Inside - YouTube

*Yes this is a reference to our Ryutama campaign deal with it.