Henshin! A Sentai RPG is an RPG, created by Sam Kusek and Tim Batiuk, that was originally in December of 2017, but will soon have a completed Deluxe edition released. The Kickstarter for the project ended a few months ago, but it reached its funding and all of its stretch goals, so look for it on Drive Thru RPG in the coming months.

The game is a diceless system with the goal of roleplaying a season of a Sentai/Power Rangers TV Show. In lieu of dice, the game uses tokens that you can earn by doing things that are bad for your character, then spend to do things that are good for your character. The different playbooks, which each represent a common color in Sentai teams, lay out the types of actions that involve tokens.

This campaign is themed around toy robotic pets, officially named Artificiamals because that was easier to trademark, some of which, for unknown reasons, have the power to combine with their owners to create superheroes known as Pet Rangers! The toy/pet store that sells these mysterious devices/creatures, Pets Buy, is run by the bizarre rat man known as Ark. Our sentai team is: 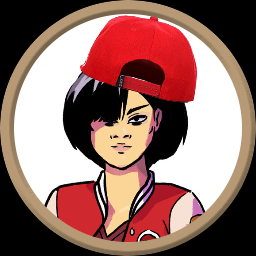 Kitsugi, the Red Ranger, leader, and first member of the team. An eternal free spirit, Kit has trouble listening to both her teachers, and Ark, the mysterious caretaker and benefactor of the robopets. She swears that she is engaged in a heated rivalry with a skater known only as DJ BEETZ, but no one but her can really vouch for such a rivalry existing.

Kitsugi’s powers come from her dog robopet, which transforms into a wolf while in Mecha/Zord form. She is played by Alice/@lyrewulf. 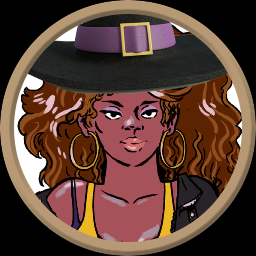 Rumi Peppercorn is the Yellow Ranger and the platonic ideal of the “Mom Friend.” Rumi is the only employee of Pets Buy to take her job seriously, though even she has reservations about fighting on behalf of a faceless capitalist overlord. In addition to the rest of the Pet Rangers, Rumi often has to keep an eye on Ras Peppercorn, her hapless cousin who is nice, but just can’t seem to catch a break.

Rumi’s powers come from her Osprey robopet, which transforms from a gangly, cartoony “teen bird” form into a proper Adult Osprey while in Mecha/Zord form. She is played by Jeff, @heyboots. 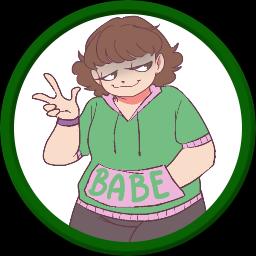 Midori Yakkai is the Green Ranger, not that you could tell from the way she acts. Never one to take anything seriously, Midori can often be found making snide and snarky remarks on every single thing known to mankind. Midori technically works at Pets Buy, but heaven forbid she actually do anything while on the clock. Midori’s the frequent target of Shinju, the resident Rich Girl bully, and Rei, Midori’s former friend and Shinju’s current goon.

Midori’s powers come from a ferret robopet, which transforms into a marten while in Mecha/Zord form. She is played by @Fefnir. 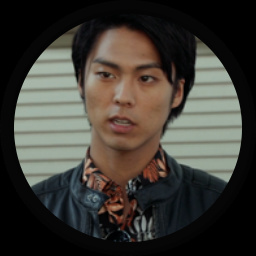 Hanh Ngo is the Black Ranger, and the local liar, bully, cad, and thug. Hanh is currently taking his aggression out on anyone who can’t get away fast enough, which is usually Ras. Hanh is also frequently clashing with his military father and is on the verge of being sent to military school. Hanh has an unrequited crush on Alex Hicks, the president of the debate club, yearly member of the Model U.N., and the only person in Hanh’s life who seems willing to give him half of a chance.

Hanh’s powers come from the Vietnamese Pot-Bellied Pig robopet, which transforms into a Boar while in Mech/Zord form. He is played by @Jenner.

We stream our sessions live every Wednesday at 9 p.m. EST at twitch.tv/batilisk, with the edited versions, created by Fefnir, (hopefully) going up a week and half later on Sundays.

We have a new episode!

After Hanh’s shaky start with the team, the squad goes through a typical day of High School. But all is not as it seems, as the mascots were not entirely destroyed! How will the Petrangers deal with the return of these threats? Find out . . . now!

Hey, there’ll be a new edited episode up next Sunday. But for now, it’s stream time.

Episode 4 is scored and ready for viewing!

Woah! Stream time! OBS is cheating on Jenner, but Jeff’s running the stream just fine on the normal channel.

Episode 5 is ready for viewing!

I “drew” extremely rough approximations of what the team’s individual mechs, and the Chimera they merge into, look like in MS Paint. 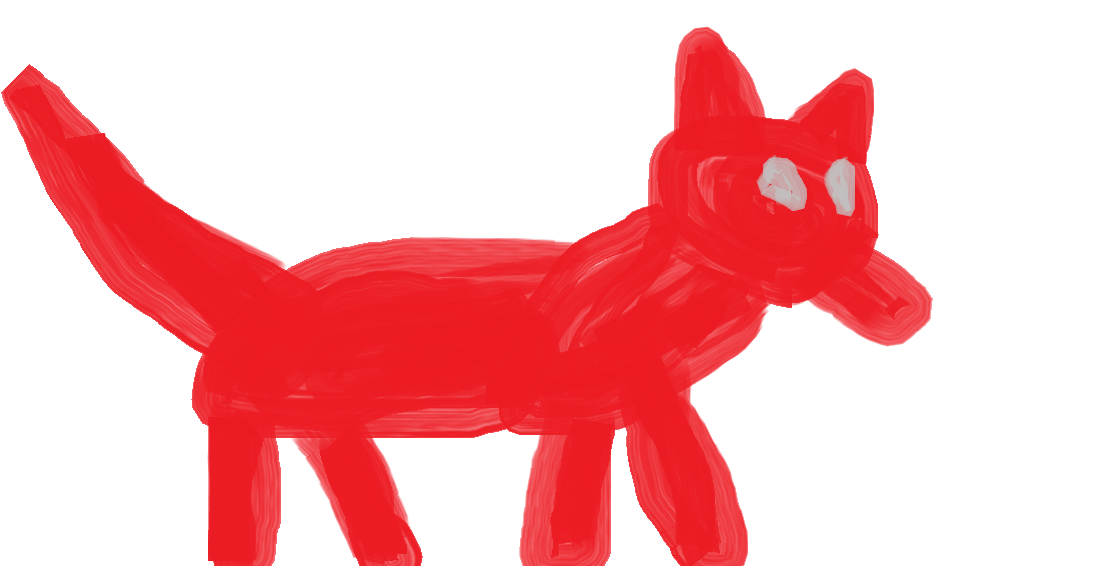 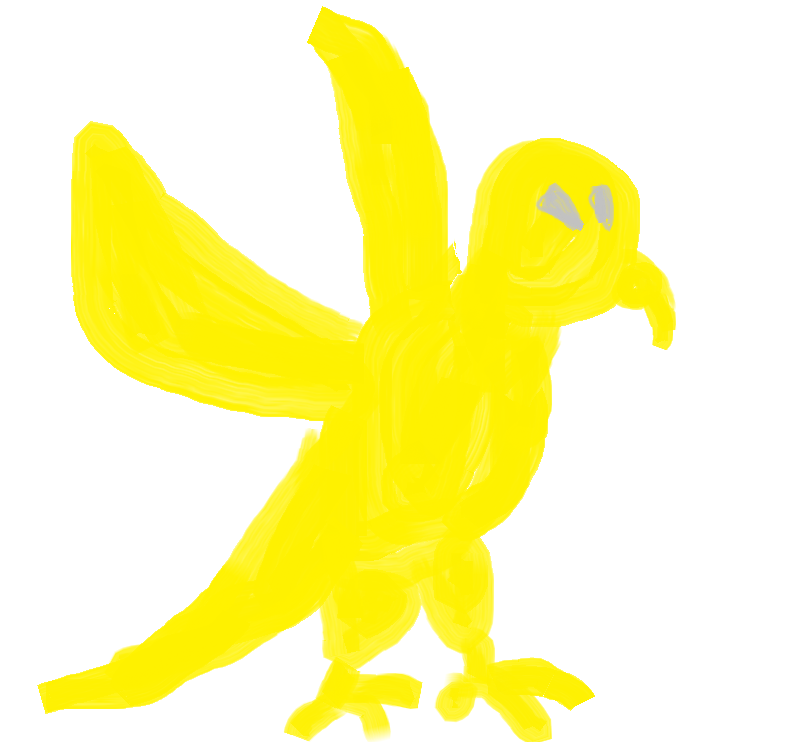 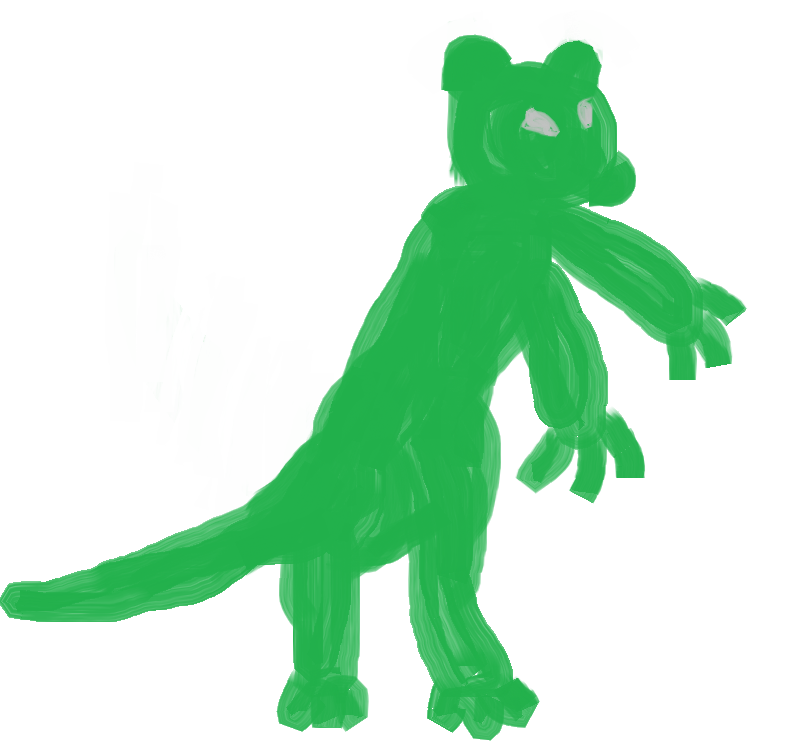 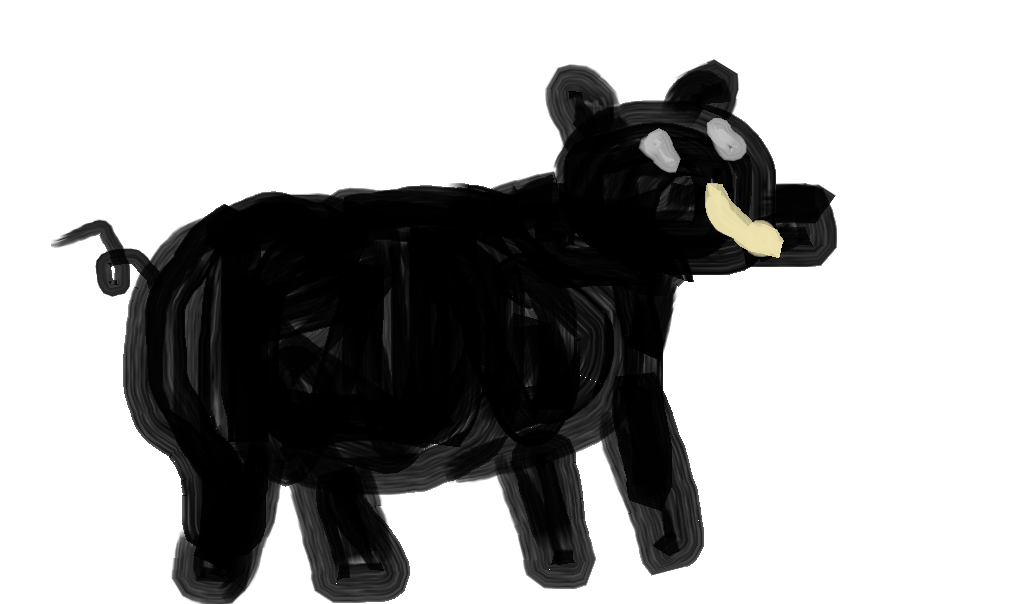 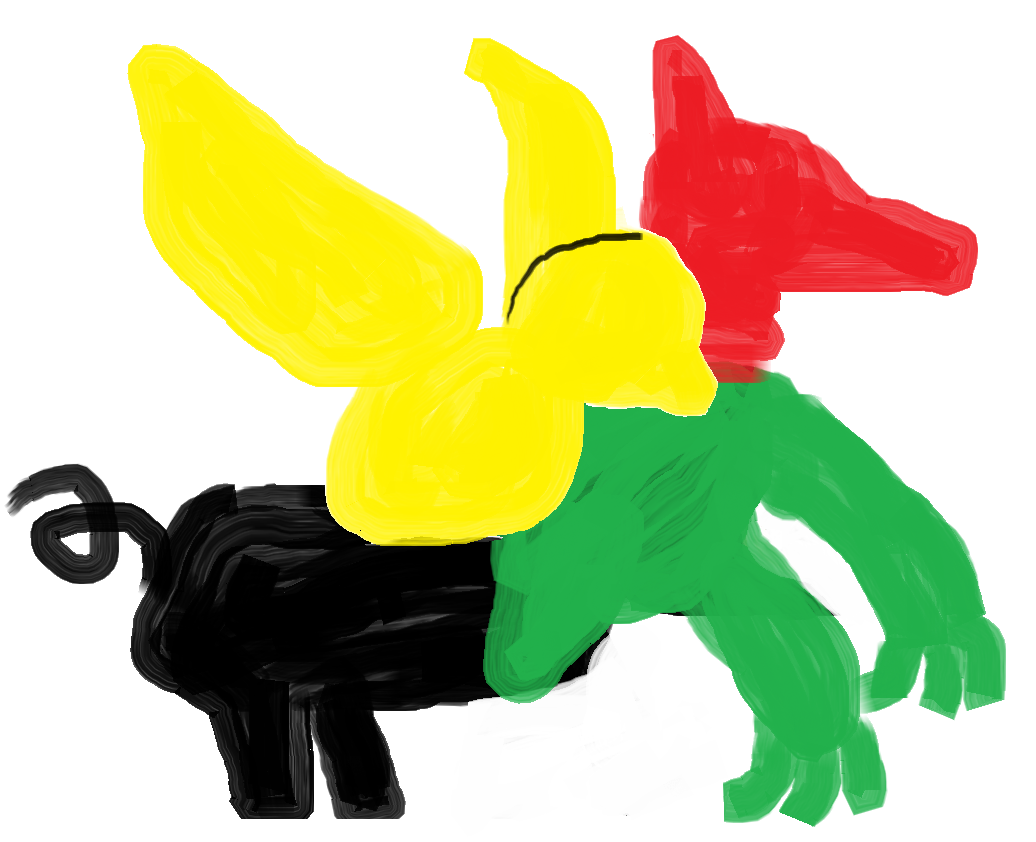 See, I always thought the Marten would be all the legs and the boar would be the body. So I must ask the age-old question: if we were to form the chimera, would we wear the legs like that, or like this? 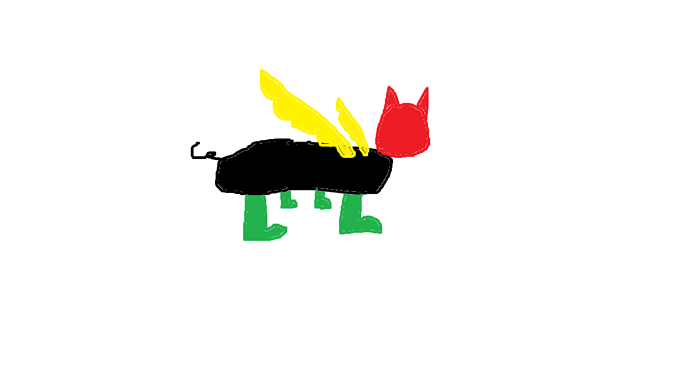 I wanted the Chimera to look more like a chimera with opposite legs and I chose the Marten as the front legs because its claws make it a more offensive front whereas the boar back legs and body give the Chimera more stability and toughness. Also I stressed out over what 3rd head to give the mech because I had to choose between Hanh and Midori and couldn’t so I just left it with two heads and yes it does bother me.

F.E.A.R is akin to PETA, I think we make that pretty evident in this episode. Their protest is insincere performative garbage. Fight for what you believe in folks because caring is super cool.

Oh, by the way, our little Untitled Gaming Group has been playing together for roughly three years now! That’s right, we’ve been playing TTRPGs together practically every Wednesday for three solid years! I love this group very much. And thanks to all of you who stuck with us through, or just joined us, on all our adventures.

Over the years since we’ve been playing together Breadmaster got into a PhD program, Heyboots bought a house and got two terrible cats, Loaka and Fefnir fell in love and started dating, Alice joined us and she’s super cool, and I uh… only got more Extra. As we get older, lives will change but I hope we can continue gaming together for years to come. Know that I will always treasure these memories and good times we had together, my beloved friends.

Oh right, Jenner suggested linking all of the character themes, so here ya go.

It’s Jet Set Radio’s 20th anniversary and we use so much Jet Set Radio music in our campaign I felt it was only necessary to give it a proper shout out. 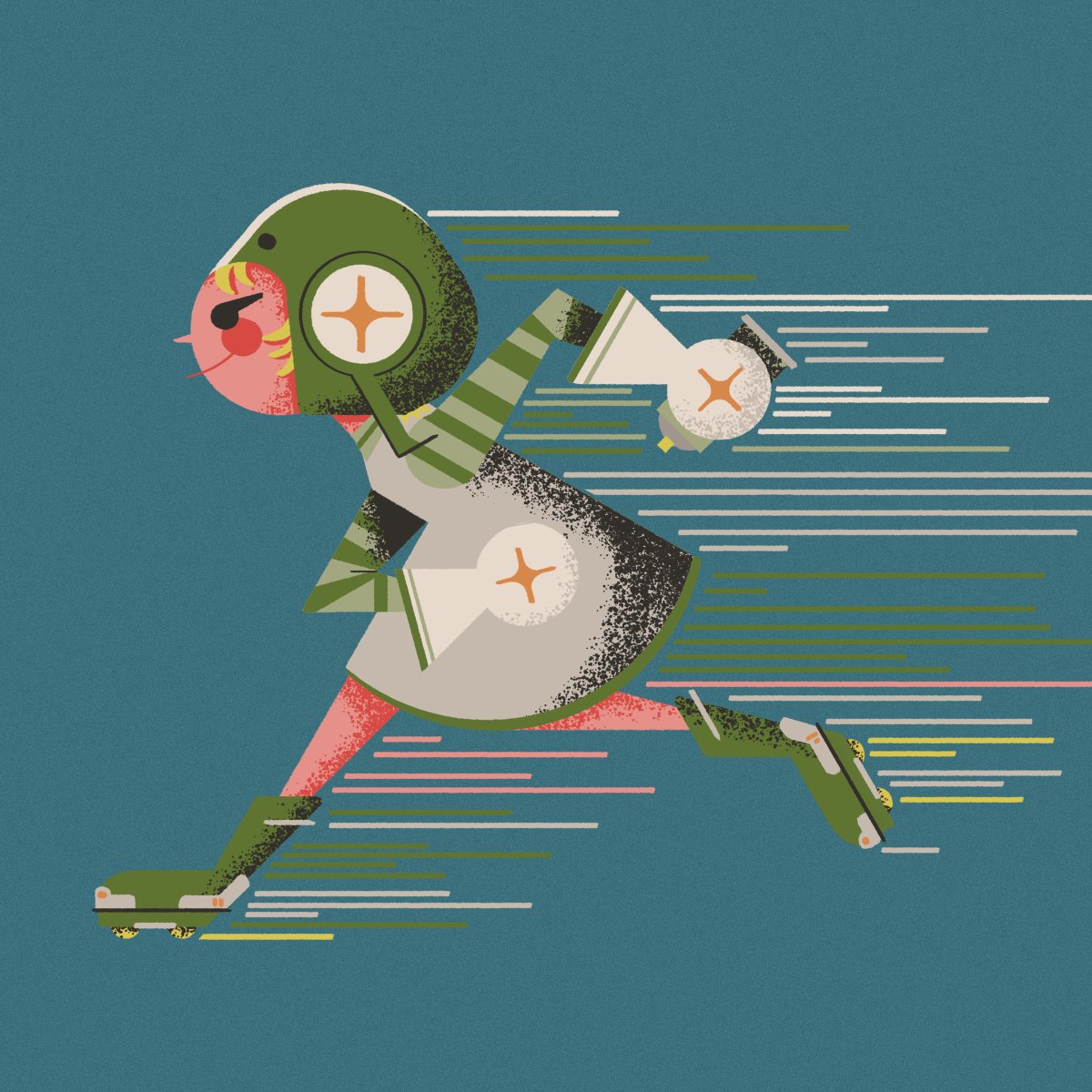 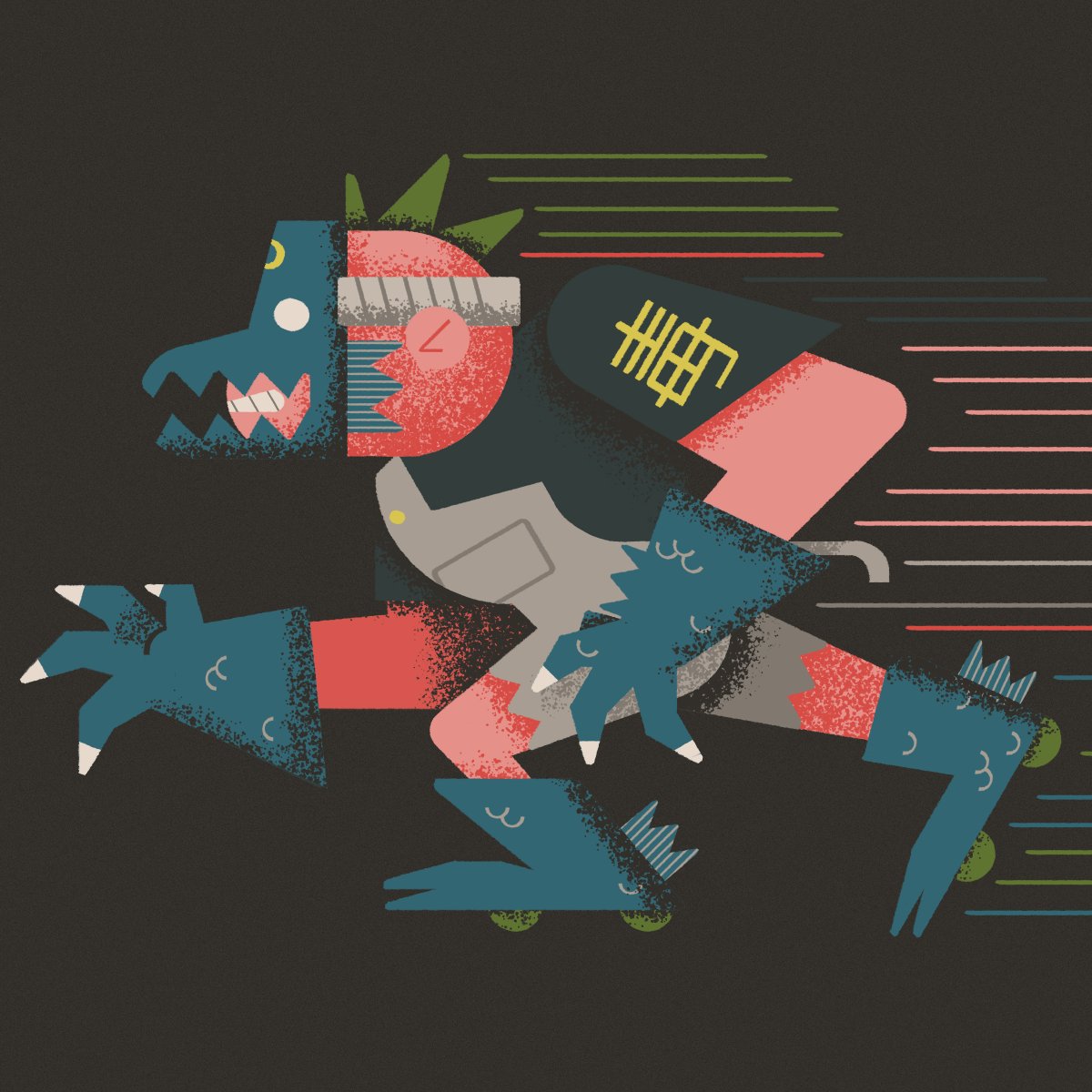 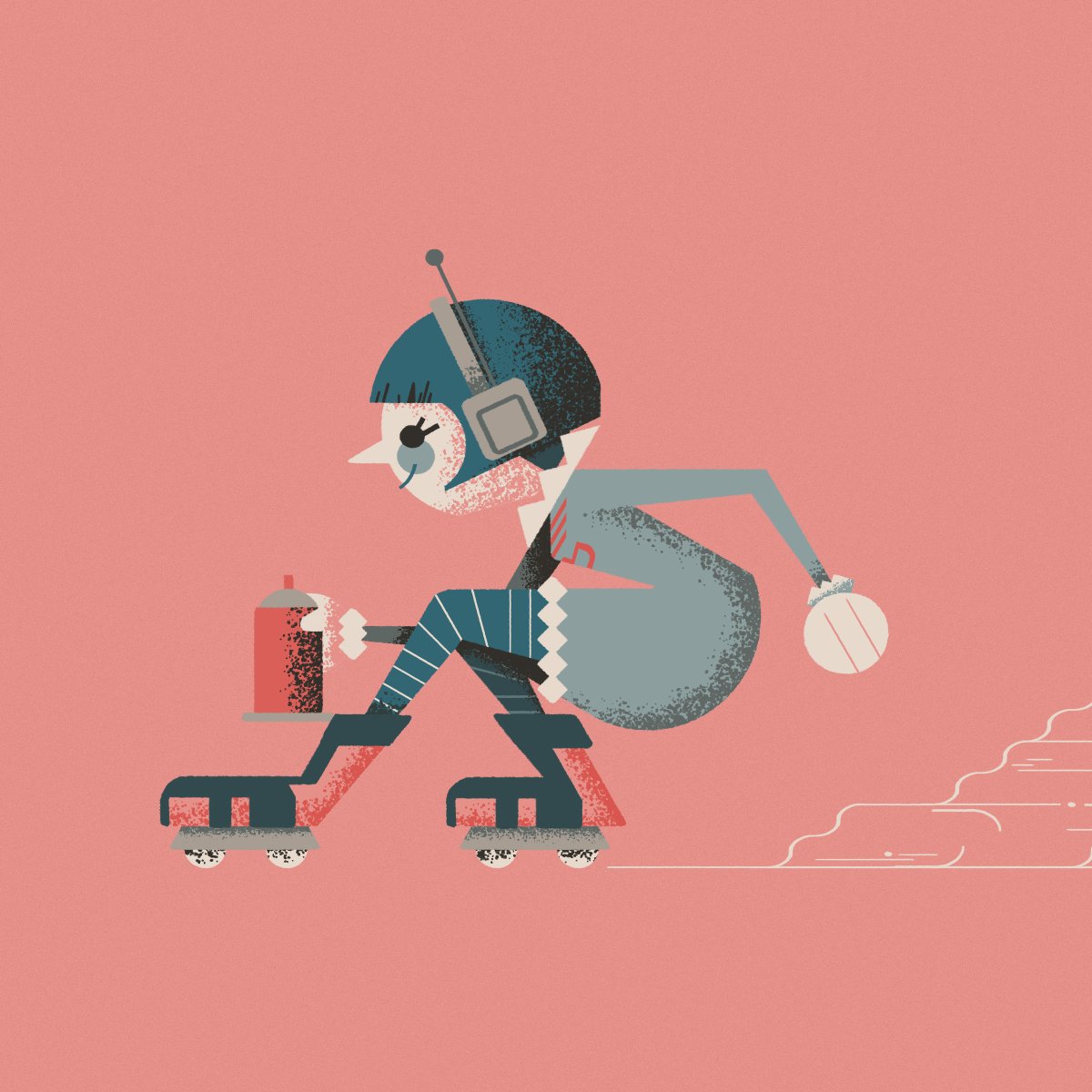 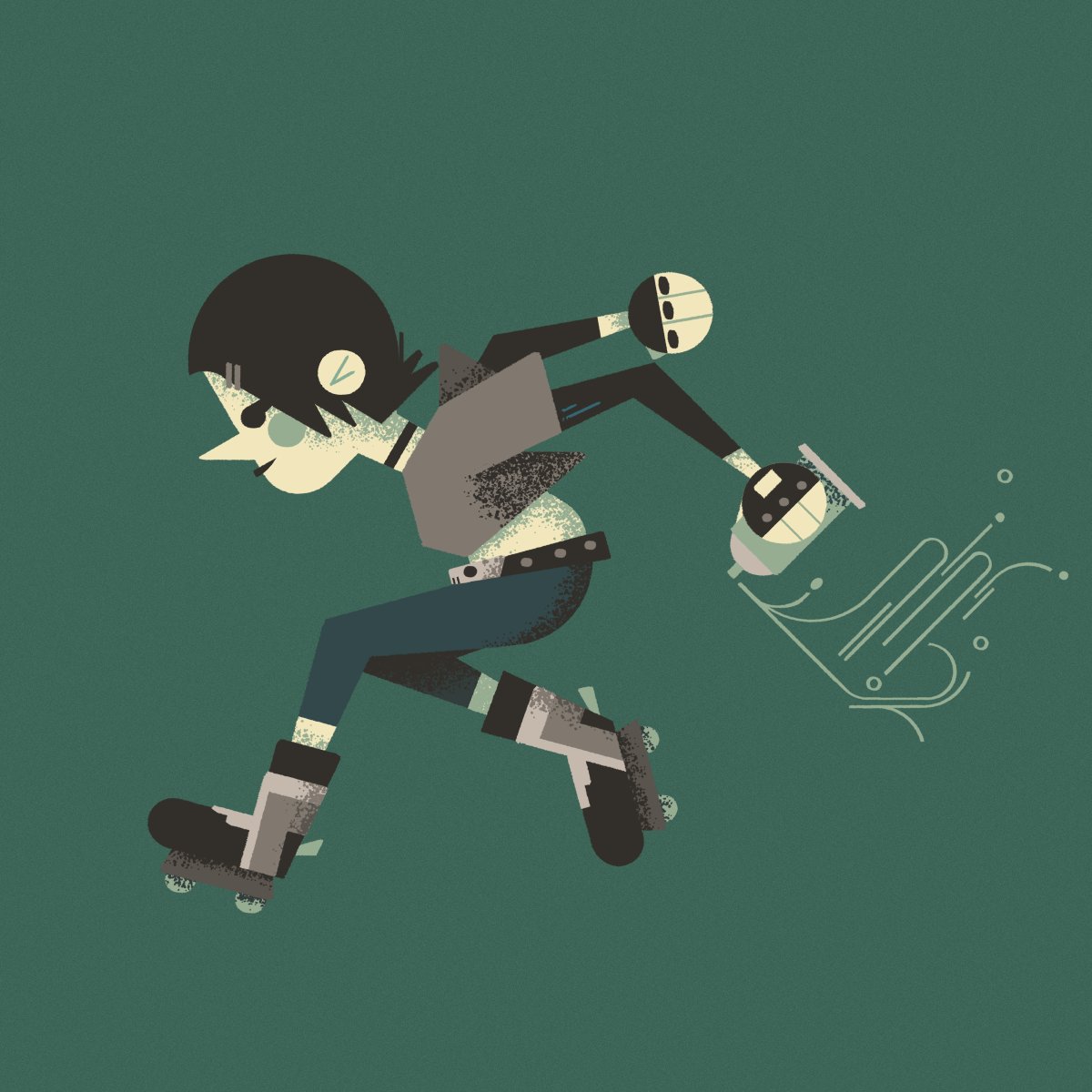 A Hyper Battle DVD, for those of you who aren’t massive Toku Nerds, is a category of DVD distributed by Telebi-Kun Magazine. It’s essentially a short episode of Kamen Rider or, in our case, Super Sentai. The episodes tend to be a bit wackier, but they usually aren’t non-canon; they’re just unlikely to come up in the main show.

With that out of the way, enjoy our April Fool’s Prank!

This session originally took place on April 1st of this year. Last year, Fefnir, Loaka, Alice, and I realized April Fools Day would fall on Game Day (Wednesday) this year and we conspired behind @heyboots’s back for an entire year in a secret chat to prank him. I convinced him to run the session and we all decided we were going to reveal that we were witches (a character type that Jeff plays a lot in our games together) who were named after two PCs Jeff keeps accidentally mixing up. He didn’t realize we were pranking him until almost the end of the session. We all love Jeff very much and it’s nice to have a nice breather episode after that intense Hanh-focused episode.

Hello fan(s)! We’ll be streaming a Very Special Episode of Henshin this Wednesday (7/15) at our usual time (8:30-9:00 PM EST) at our usual place (twitch.tv/batilisk) instead of Lancer. This Very Special and Totally Canon (this is not sarcasm) episode will be being run by me. This episode is the Mandatory Go To A Party session I am required by law to include in every campaign I run. If you’re unfamiliar with our [my] content these sessions involve the PCs being aggressively socialized at by NPCs and getting up to all manner of social drama and causing all kinds of chaos while I play real life copyrighted music over their antics. Copyright has only become more of a nightmare since our Dungeons & Dragons campaign (where I last did this) but sessions like this are now a Tradition and copyright be damned! As such, there’s a non-zero chance the whole stream might be muted by Content Police and be utterly unwatchable and I’m not exactly sure how to tackle that because having the music is important .

Additionally because the professionally edited versions of all our backlogged sessions haven’t caught up to where/when this session occurs in the campaign timeline (this Wednesday’s session will be session 17 and we just uploaded session 8) y’all might just want to sit this one out anyway. Because, while there shouldn’t be too many spoilers in this one there will still be spoilers! However, if you don’t mind being spoiled on some pretty important stuff and want to buckle in and watch us do this live you’re welcome to join us! My pitch: This session going to be so much gayer than usual.

Below this is a list of spoilers so you can decide for yourselves if you want to watch it now or wait until the edited versions of the videos catch up to this session and watch it then. Don’t click on this if you don’t want to be spoiled on spoilers!

Next week we’ll be back to playing Lancer and I hope to see y’all there!

PS If anyone has any suggestions for not getting the stream and raw video nuked by Content Cops let me know.