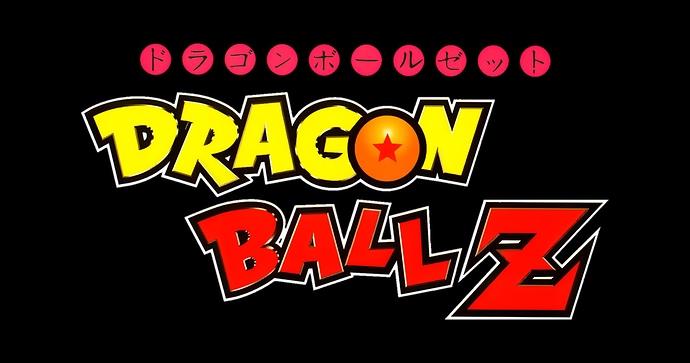 The Dragonball movies have always confounded nerds who try to fit them into canon. But what if, instead of Goku and his friends, there was a separate group of heroes fighting those villains?

Enter DragonBall Gaiden, a FATE campaign set concurrently with DragonBall Z! I’m a huge nerd who got back into DragonBall, and I’m taking this gaming group with me! Our story begins at the World Martial Arts Tournament, with our band of heroes! 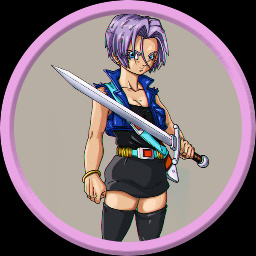 Panty Briefs, the daughter of Trunks and Goten (don’t worry about it) has come to this time to prevent a horrible future from passing. But what crisis is she preventing? And why does it keep changing? 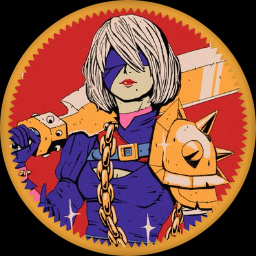 2B is literally 2B from Nier:Automata. She’s tasked with protecting humanity, but how dedicated is she, really? 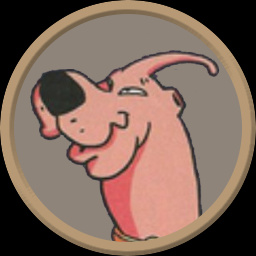 Scooby Buu originally came to Earth with the intent to destroy/conquer it, mostly because it was what the other Majin expected of him. But as soon as he discovered the wonder of sandwiches and weed, he decided to just chill on Earth for a while. After all, there was plenty of fun to be had, stirring up trouble and watching the mayhem that regularly visited the planet. 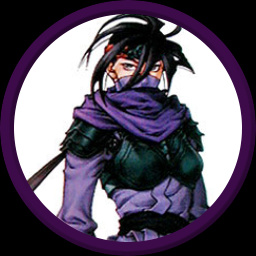 Yora Kikaku
Many years ago, Yora’s village was attacked during the Red Ribbon Army’s search for the Dragon Balls. After that, Yora began training and eventually joined a secret organization. She now works as a Strider; an elite ninja trained for reconnaissance and espionage missions.
Yora mainly works to uncover the secrets of the Dragon Balls, and to keep them safe from potentially world-endangering wishes. She was briefed on events surrounding them in past years, though much of said information is incomplete and more confusing than anything else. How does everyone move around so quickly? Why were a whole lot of people murdered by a weird green guy? Just how strong is a Goku? Yora has no answers, merely incomplete information which could be applied to current circumstances.

This started as part of the We Stream Games thread because it was a small experiment on my part, but it’s obvious now that it deserves a dedicated campaign thread. We took a break so I could focus on Law School, but I think I have enough free time to run this campaign again!

We have two forms of VODs for you to follow along with: The unedited VODs recorded and kept for us by Jenner, and Dragonball Gaiden Kai, the edited version made by Fefnir. Kai has intros and outros for each episode along with the Kikuchi and Faulconer scores from the actual show! We also stream on Wednesdays at 9 PM EST.

After Piccolo Jr. destroyed the World Martial Arts Tournament Arena during the 23rd World Martial Arts Tournament, the organization needed to buy a new arena. To fund their purchase, they held a fund-raising tournament! And attending this tournament are our heroes, meeting for the first time! But all is not as it seems; could there be a sinister plot between some of the tournament entrants? Find out, in Dragonball Gaiden!

The Fundraising Martial Arts Tournament! A Surprise Attack By The Makyans?!
To Garlic Fortress! The True Power of the Dead Zone!!

With the tournament behind them, the finalists go back to their lives. But the peace doesn’t last long, the strongest fighters in the world are being assaulted and abducted! Who could be behind such a sinister act? Find out, in Dragonball Gaiden!

An Inescapable Coma? Let’s Explore West City!
The Greatest Apartment Hunt of All! The Mysterious Landlord! (Warning on this one, it suddenly cuts out due to technical failure. The only missing story beat is Panty moves in to Dr. Gero’s beach house with Android 13.
Strong Fighters Detected! Yamcha’s Triumphant Comeback!
Defeat the Brainwashed Z-Fighters! The World’s Smartest Strikes!

A new threat is on the horizon: in sixth months, a saiyan pirate will be raiding the Earth with his crew! And this isn’t just any pirate! This pirate plans to grow the Tree of Might, which will destroy the Earth from the inside out! Will our heroes be strong enough to stop him? Find out, in Dragonball Gaiden!

And the threats start coming and they don’t stop coming! This time, an ancient Super Namekian has his eyes set on Earth! Will our heroes be able to stop him? And if they do, how long will he be stopped? Find out, in Dragonball Gaiden!

With the Earth seemingly in safety, Yora starts her hunt for the Earth’s Dragonballs! But, unbeknownst to her, Cooler, galactic tyrant and brother to Frieza, has arrived on Earth! Can the Tournament Finalists protect the Earth from a threat they don’t even see coming!?

The Hunt for the Dragon Balls Begins! A Fight at the Museum!
Aroy Takes Her Revenge! The Atrocious Armored Squadron!
The Tyrannical Brothers! Neither Frieza Nor Cooler?!

Android 13 Arc
With galactic threats to the planet taking a backseat, a threat that’s been simmering for years threatens to burst to the surface. Dr. Gero, brilliant scientist and sub-par landlord, is setting his decade-long plan into motion! Can the finalists stop the remnants of the nefarious Dr. Gero’s assassination attempt on Goku?
The Ultimate Babysitting Job! Trunks’ Day Out!
An Awkward Family Reunion! Doctor Panty Briefs!?
The Hunt for the Red Ribbon Android! Goodbye, Super Android 13!

The Earth is in danger, yet again! Soba, who is stronger than Frieza, has attempted to wrest control of the planet away from Dende. But what are his motivations, and are there more sinister forces at work?

And here are Fefnir’s Dragonball Gaiden Kai VODs. They’re really good, watch them even if you’ve watched the unedited VODs! 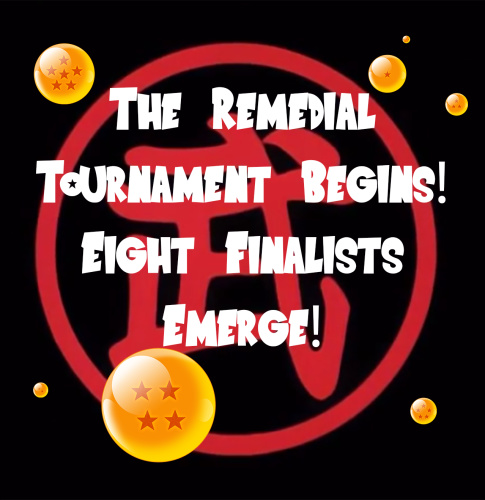 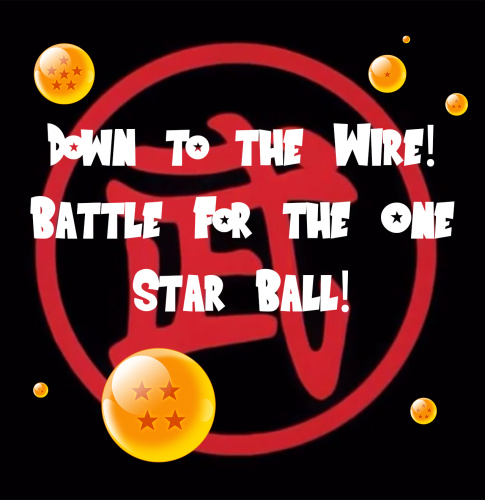 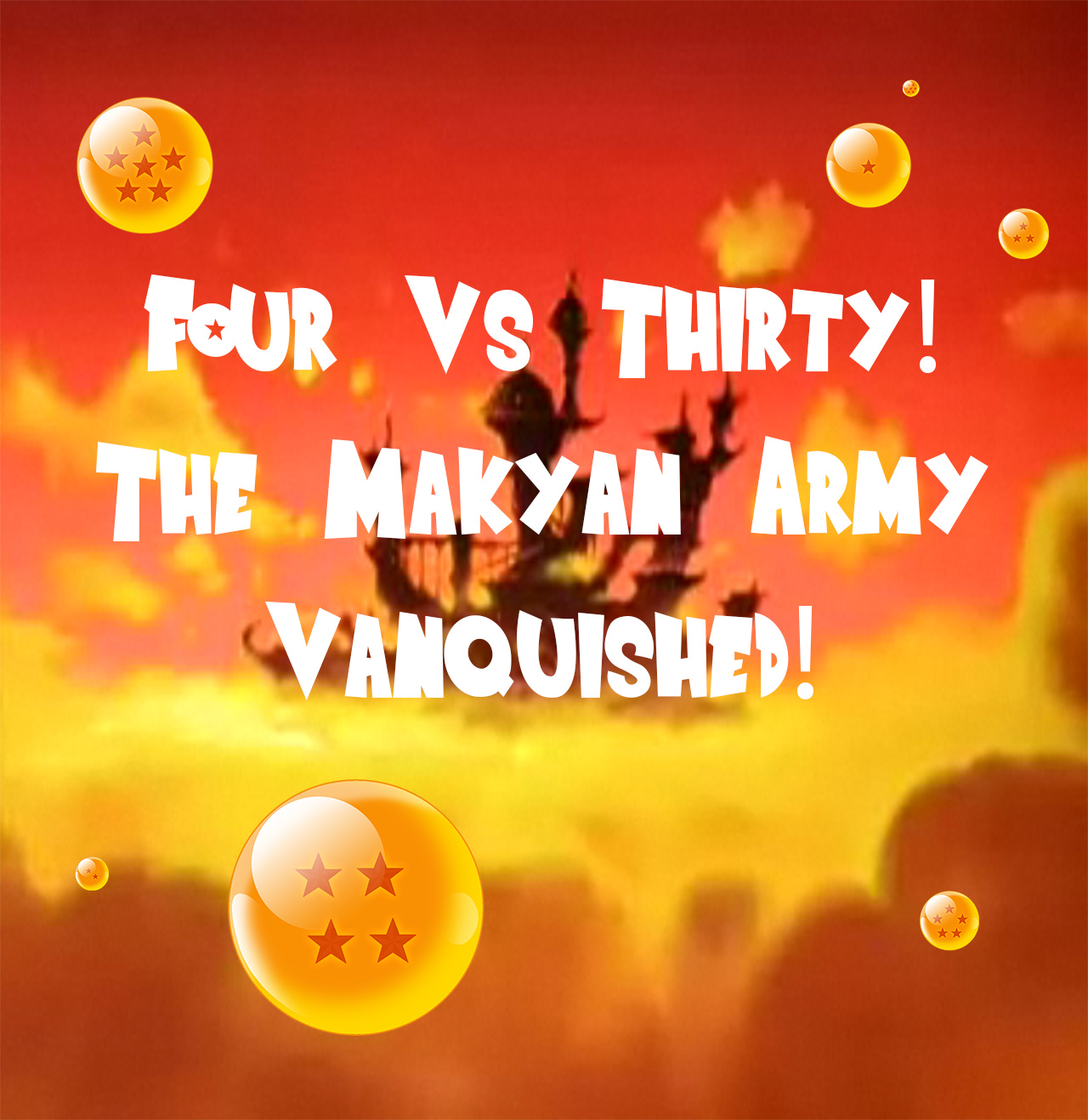 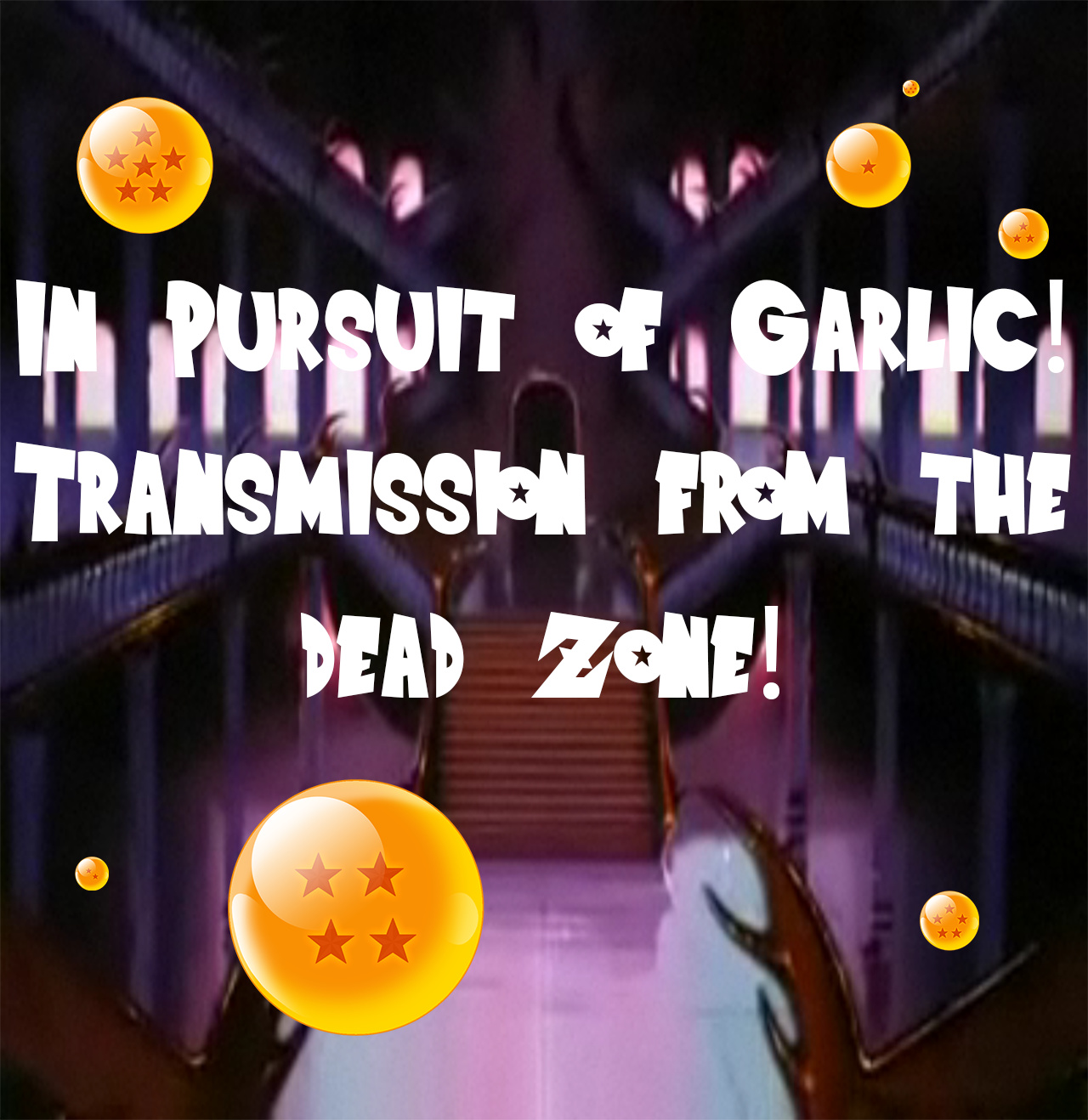 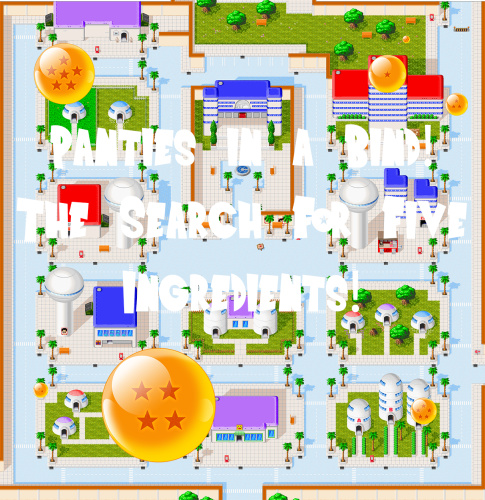 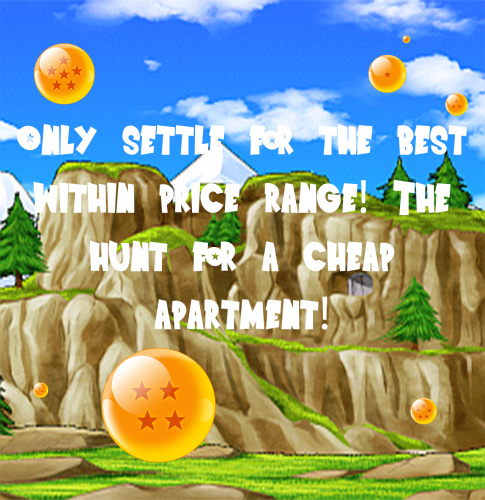 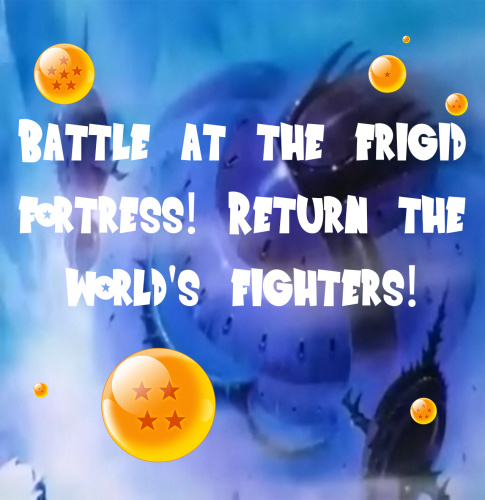 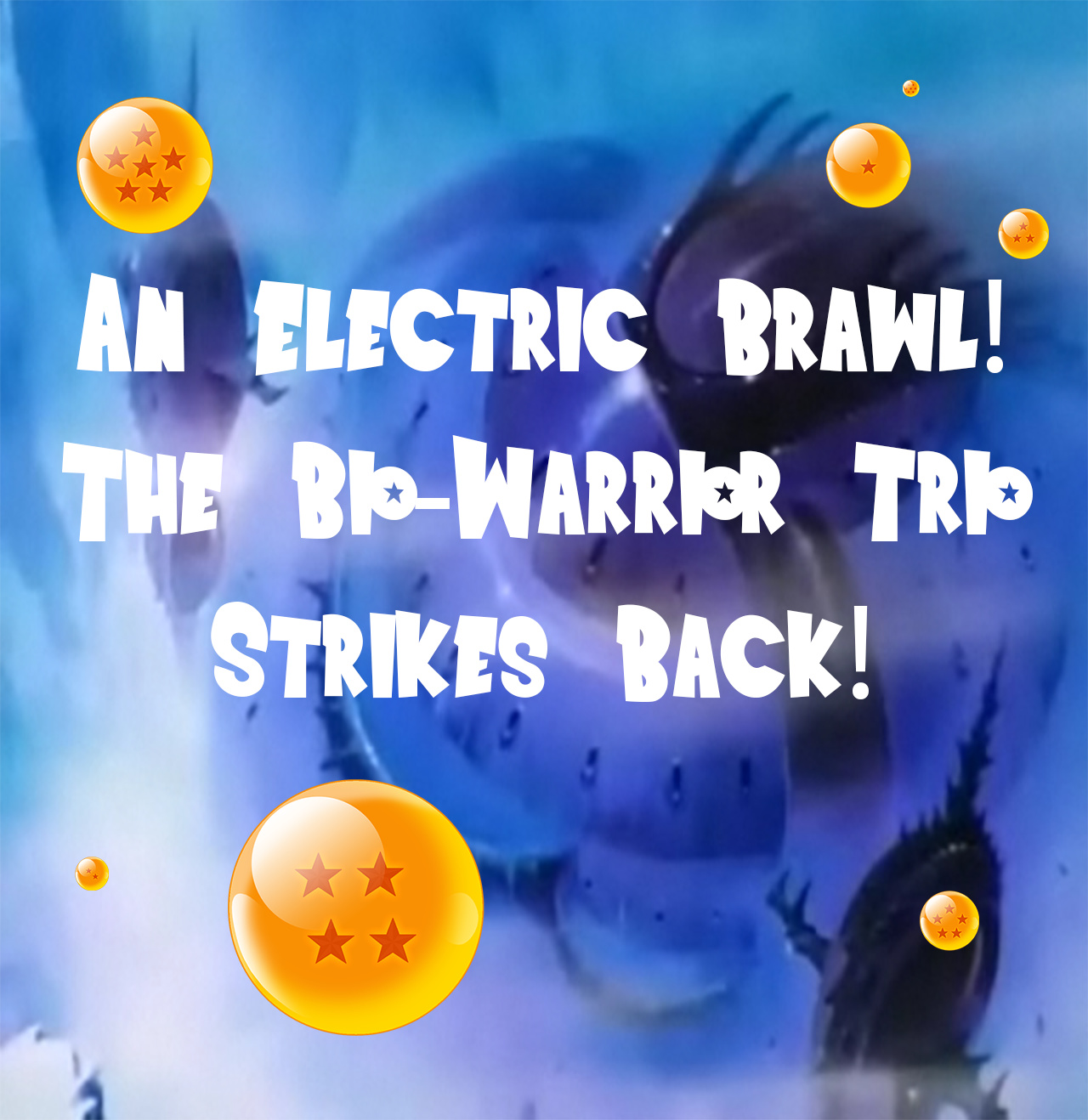 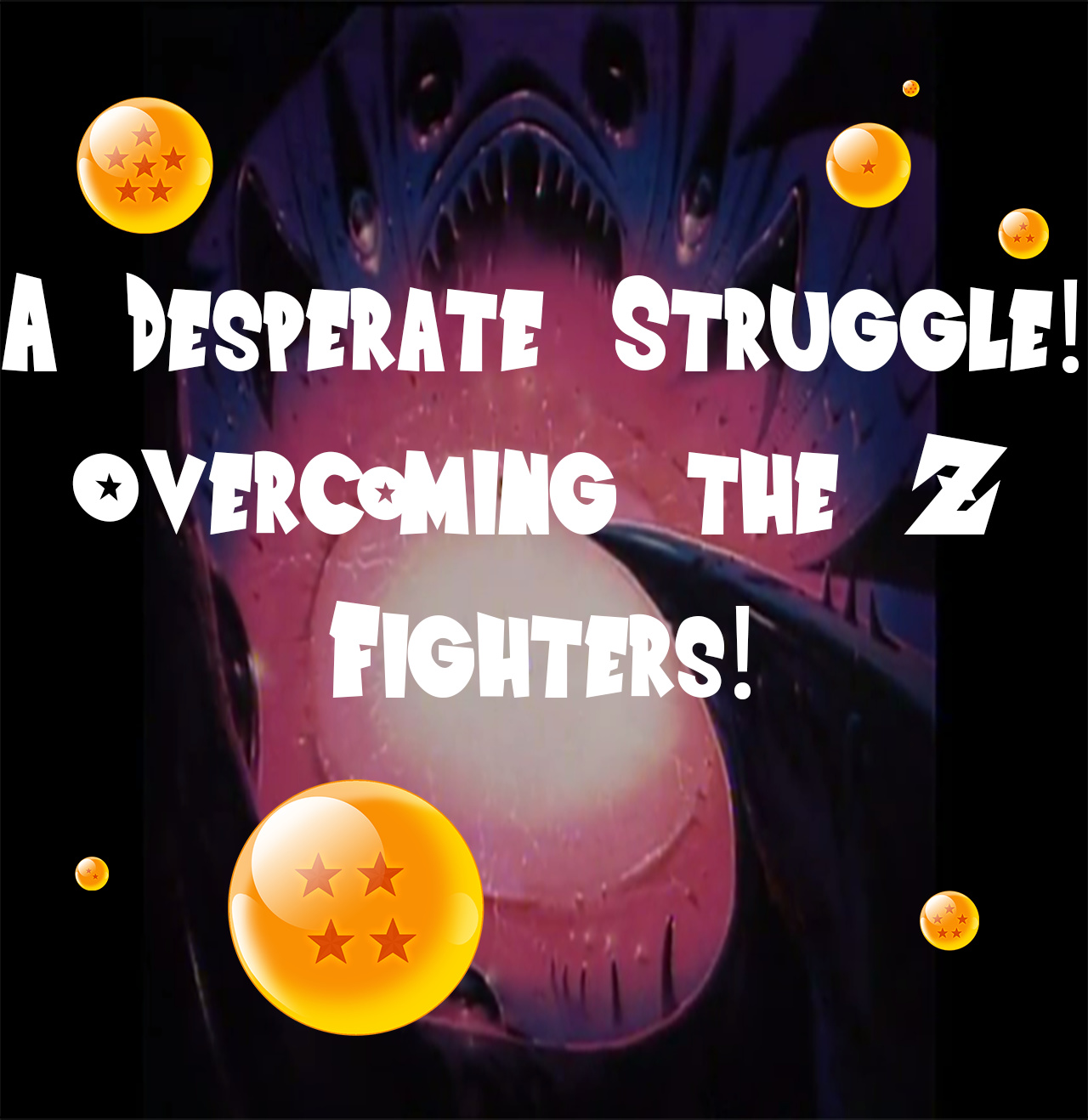 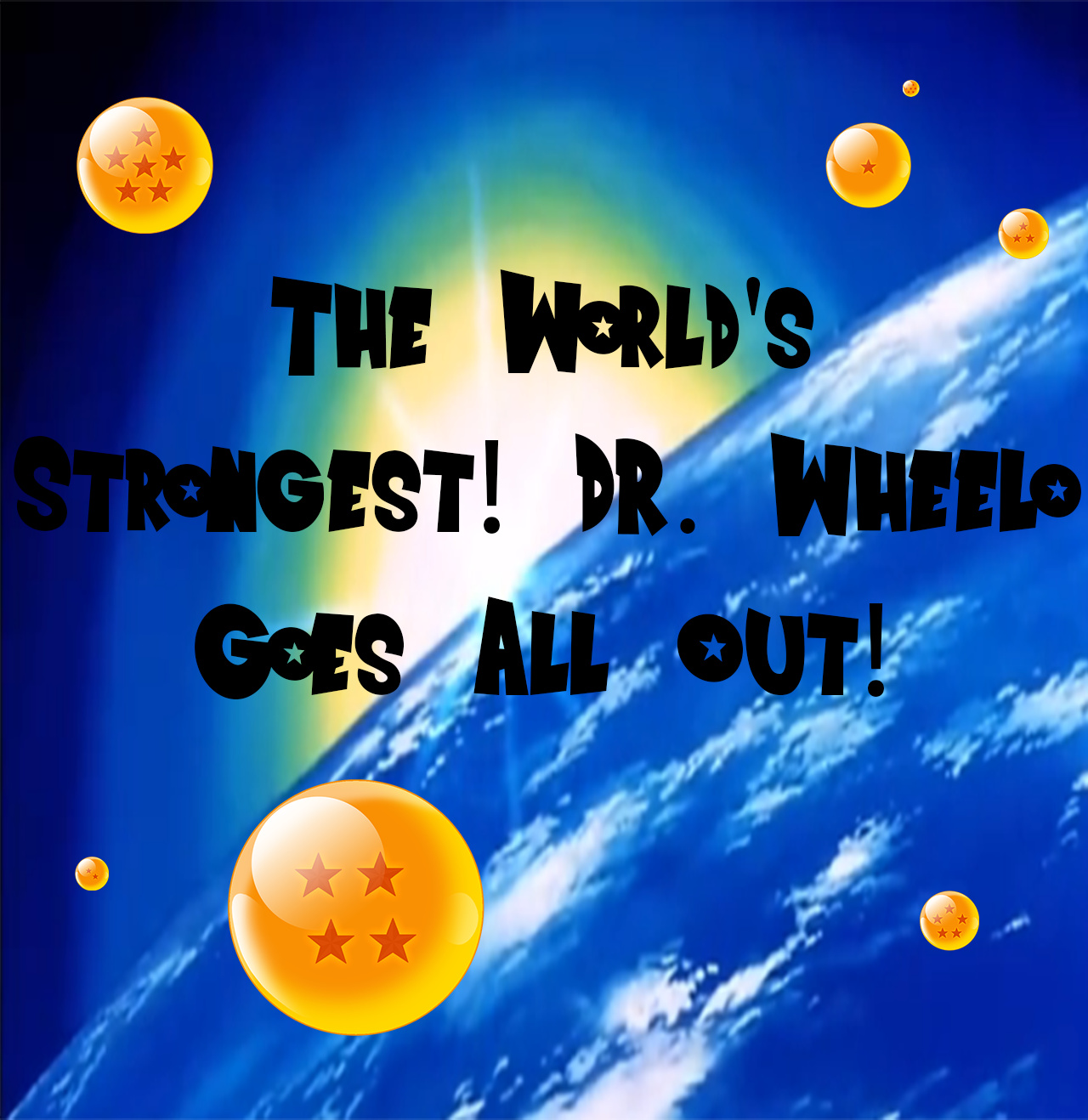 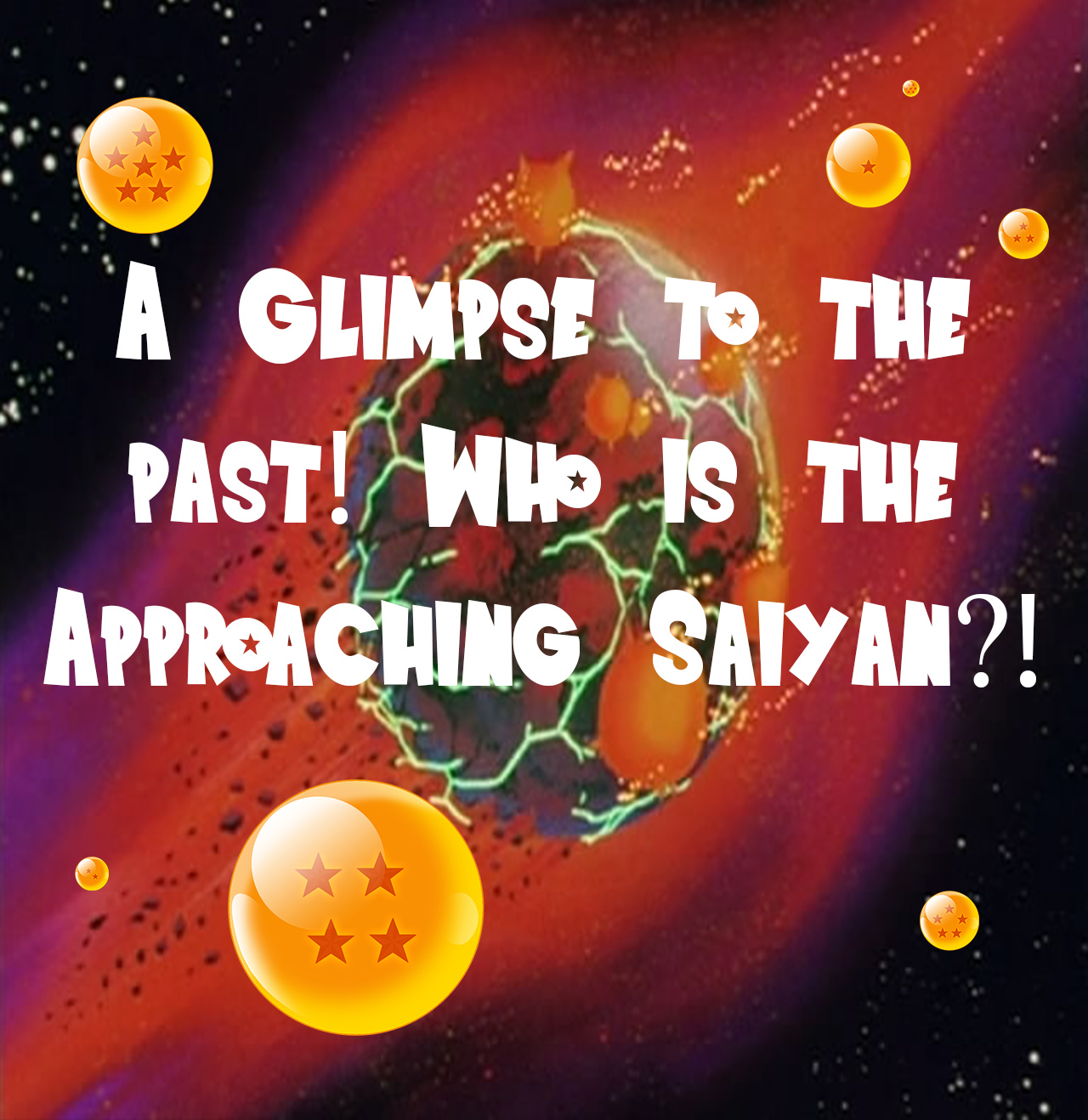 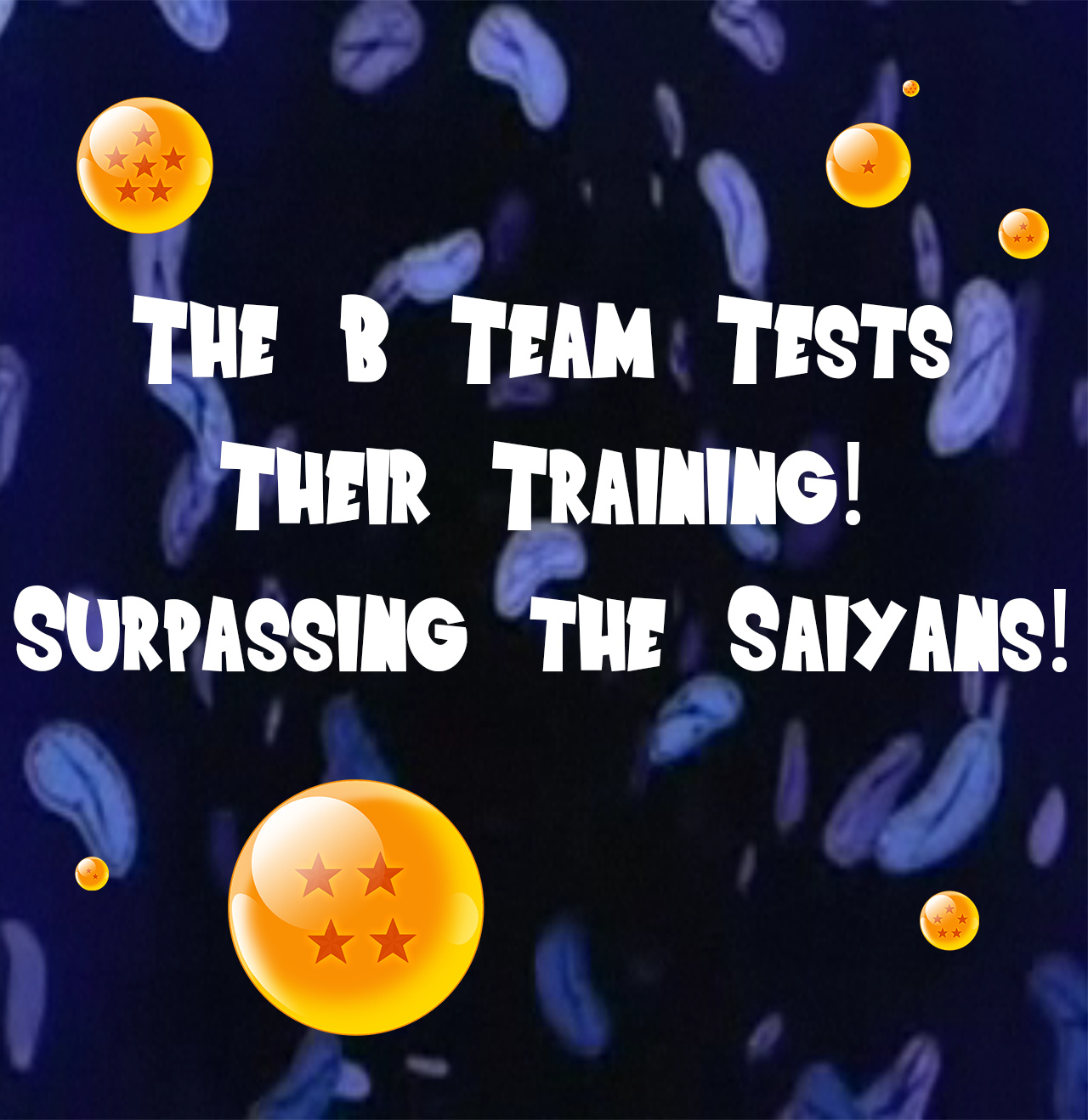 I’m here and I got a new pog. 2B is ready to rock at new power levels yet unseen. 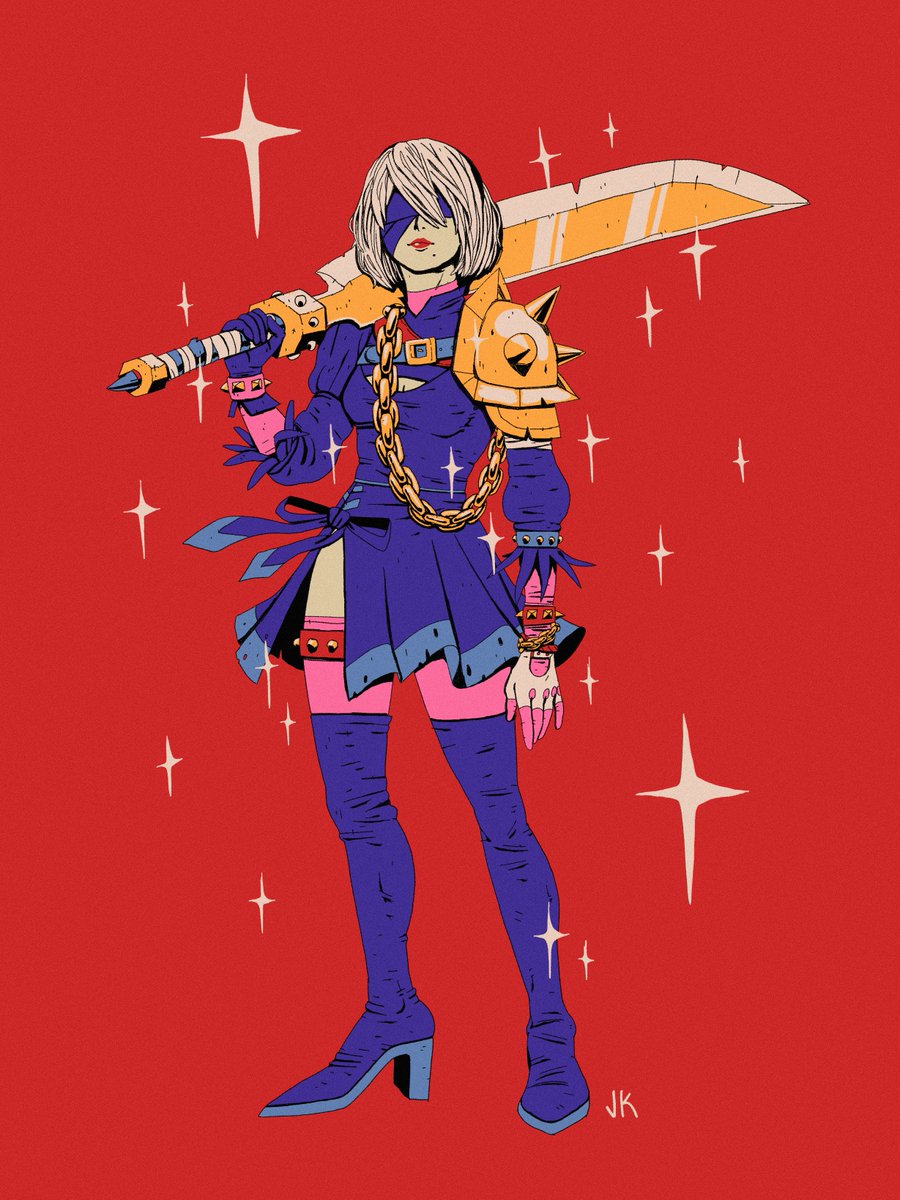 My only regret about doing just the movies and not at least some of the show is we don’t get stuck on Namek for like 5 months.

We’re streaming our next session! Come watch the hunt for the Dragon Balls!

The Hunt for the Dragon Balls Begins! A Fight at the Museum! 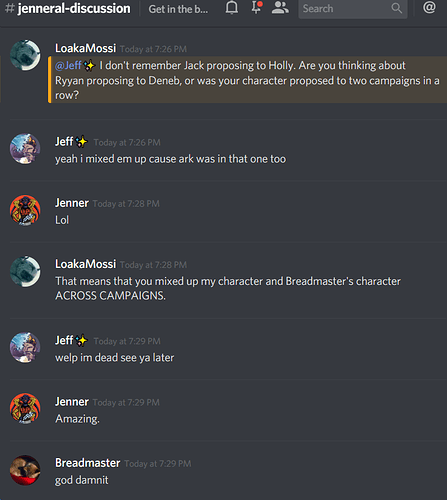 This week’s VOD is really rough; we had really bad connection issues and we’re not entirely sure how to fix it. The Gaiden Kai cut will probably have new audio recorded for it; but for now, we apologize for the problems with this VOD.

When I get around to editing this ten years from now, you’ll probably hear my wretched screeches over it, no matter where you live. (I haven’t listened to it yet, but it’s liiiiiiiiiike half an hour in when Jenner changes rooms? I think??? Could have been worse???)

edit: LPZone limits me to three question marks in a row, but rest assured there are many.

Our newest episode is live, hope you enjoy it!

The Tyrannical Brothers! Neither Frieza Nor Cooler?!

Hey I’m updating today because I don’t think we have a set update schedule anymore and even if we do I don’t care. But before I post this update I want everyone to know that it is incredibly rare that we discuss our characters and their goals and plans for the session together. We rarely, if ever, know what anyone is planning so we rarely knowingly foreshadow something or call each other out BEFORE a thing happens. So please enjoy what happens in this episode.

We’re going to be playing Dragonball in a little bit here: https://www.twitch.tv/batilisk

So here’s my reply to the Babysitting session:

Additionally, in the session before the babysitting session (I think) someone asked what Panty’s ringtone was and I dodged the answer and promised I’d have an answer next session but then everyone forgot and I wasn’t asked again. I don’t want to weasel out of this so just so y’all know Panty’s ringtone is Girls Just Wanna Have Fun: