Just Set It to Easy: The Casual LP Thread 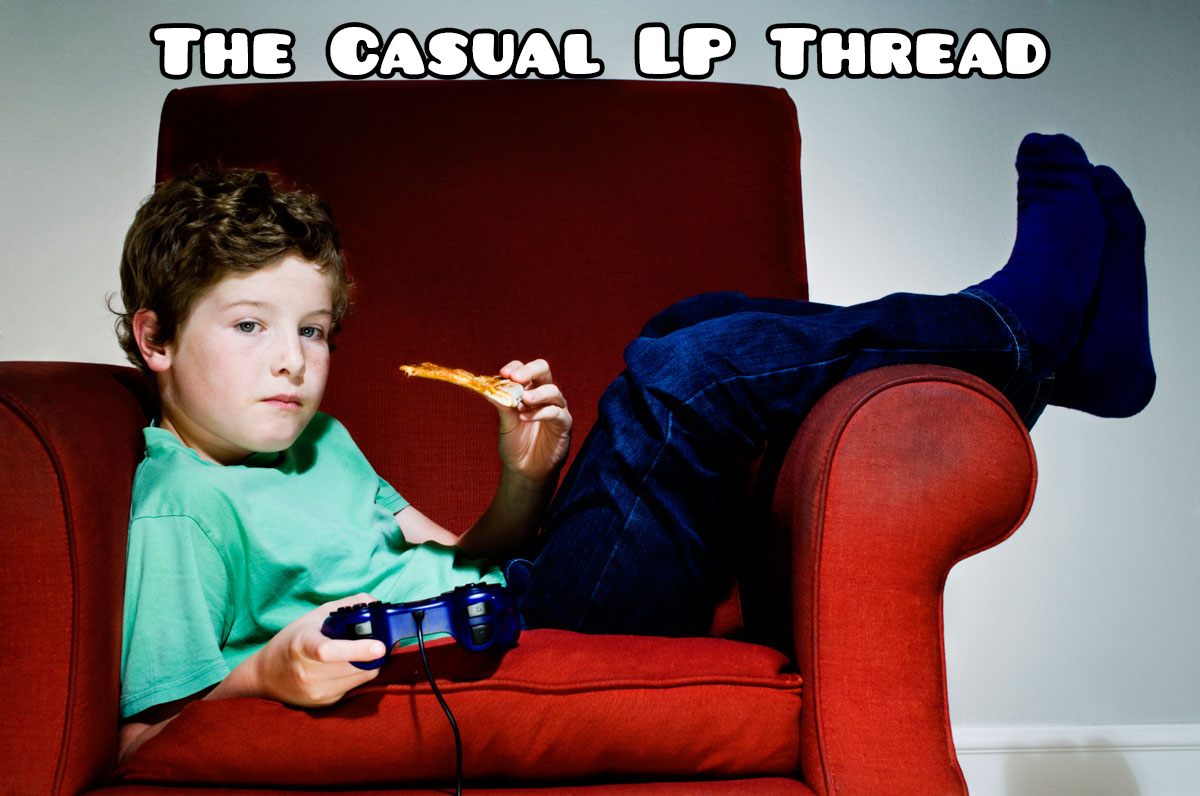 Welcome to the Casual LP Thread!
Got a video game you want to show off, but you don’t think it’s long enough to justify its own thread? Don’t think you want to go through the effort of seriously editing your videos? Just don’t feel like making a thread? Feel free to post your LP here!

The only thing I ask if you’re planning on putting your LP here is that your first post also act as the table of contents for said LP, so people don’t have to search through the thread just to find all the videos. Or, if you want to do screenshots, place it under a Details tag so it doesn’t start to clutter the thread.
Also, if you’re going to comment on one of the videos, make sure to note which video you’re talking about, since it’s possible multiple LPs will be going on at any one time.

Thanks, and have fun!

To start off the thread, I did a couple of of one episode LPs this week that I thought I’d share! 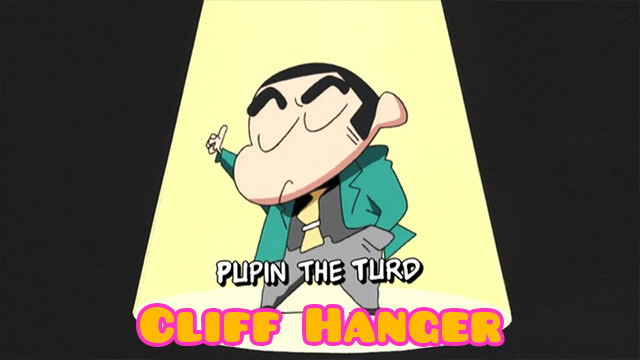 Cliff Hanger is a laserdisc arcade game from the 80’s made entirely out of footage from old Lupin III movies, but redubbed to be about CLIFF and JEFF and SAMURAI and their crazy adventures. It’s not a good game but it’s an interesting curiosity.
NOTE: This video is hosted on a web server, since TMS doesn’t apparently like having footage from their movies wholesale on YouTube. Fair enough. 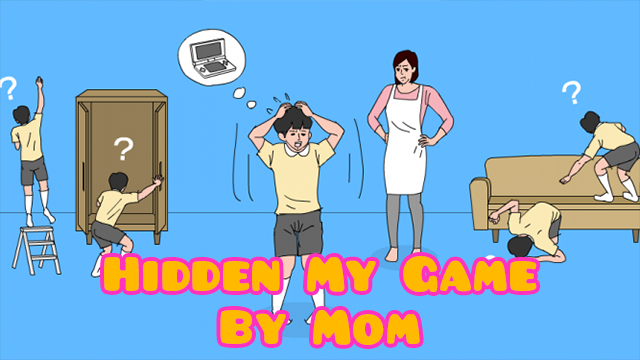 Hidden My Game By Mom is charming little puzzle game for mobile devices where your mom grounds you from your DS and you have to figure out where she’s hidden it!
I played the game while my friend Hobotron watched and we all got to laugh at the incredible lengths one mom will go to for her son to stop playing so many games.

I LOVE this idea. I have a playlist on my channel for exactly this kind of thing.

The latest one we did was…

I’d make a banner for it, but I don’t think “Bloody Boobs” deserves the effort.

Second verse, same as the first! 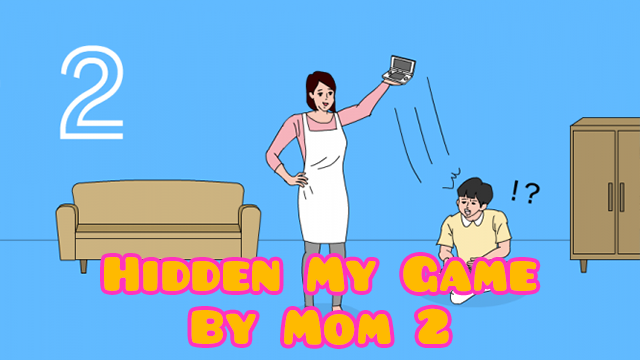 Hobotron and I return to tackle the sequel to cult classic Hidden My Game By Mom, where mom is still trying to ground you from video games. Mom still has new tricks up her sleeve, but with all our training, we should be able to retrieve the DS!

I love these games so much?? I was expecting Hidden My Game By Mom to be total garbage, and they’re actually so endearing!

Yeah, Hidden My Game By Mom seems like it’s gonna be just a whatever sort of mobile puzzle game, but I think that’s what makes it even better. It benefits from doing all these weird puzzles and narrative devices because the surprise is what makes the game so charming. Plus they all have an upbeat, adorable ending about family. 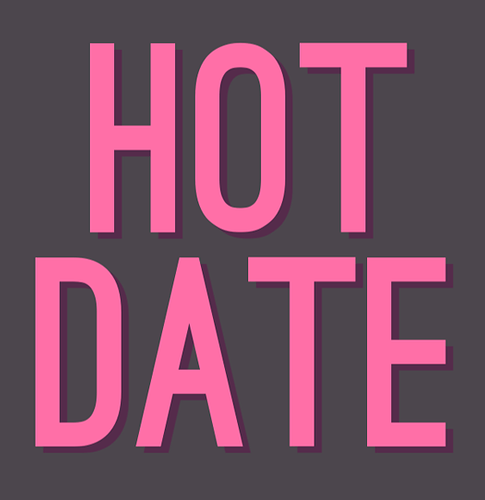 Hot Date is a 2015 dating sim by George Batchelor in which you converse with little pink pug who probably hates you. Join us as we navigate in-jokes and britishisms we could never hope to understand.

Aaaaand here’s the last episode. The dates only get worse.

Back from the dead, let’s look at a video game! 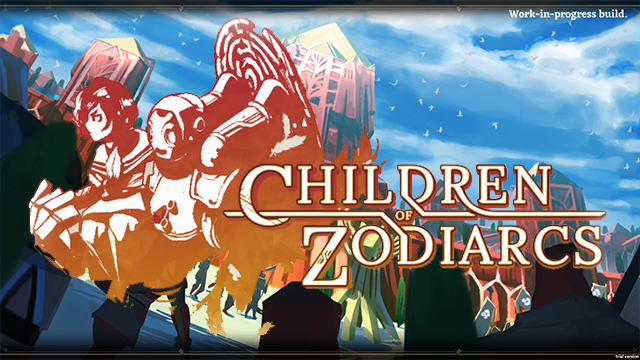 Children of Zodiarcs is a game I Kickstarted that blends standard SRPG mechanics with traditional tabletop elements like cards and dice to make an interesting and unique strategy game. I got access to the beta last week and thought I’d show off some story and mission stuff, since I really like the game and would like for others to see how cool it is.

Check it out on Steam here! The game is supposed to be out this year on PC, Mac, and PS4, so keep an eye out!

I appreciate all of these videos, Chorps. Hidden My Game By Mom is a treasure.

Children of Zodiarcs looks extremely good, I can’t wait for it to come out now. That is extremely my jam.

Ah shucks, thanks! I’d love to start doing more demo-style videos like Children of Zodiarcs just to bring attention to games I like without putting in all the effort of a full LP, and I’ve got a few in the works right now, actually.

While he doesn’t post here yet, though he might put up a thread when Killer7 starts in a few weeks, supergreatfriend’s Demo Friend series sounds similar to this sort of thing. He just demoed Cosmic Star Heroine. There is also a series of short free game videos he’s putting out there while on break, preparing for Killer7.

“Hmmm, so many possibilities and so many options, I wonder what I have in my games list that has a nice, casual, easy-going feel to-” Oniken is a really good sidescrolling platformer originally released for PC in 2012, which got an ‘ultimate’ edition in 2014 that included a few bug fixes and updates.

Made as a love letter to classic NES platformers like Ninja Gaiden, Shatterhand and Contra, Oniken does a really good job emulating the feel and vibe of some of my favorite games, and I always felt it was criminally underlooked, so I’ve wanted to do a short LP of it for ages now.

You play as Kenshiro, Jonathan Joestar, Gutts, John Connor, Guy Kazama Zaku in his quest to slice a LOT of things in half

This will be a subtitled LP, updated whenever I get some free time in between projects
(In addition, I included a ‘behind the scenes’ stream for Part 2’s entire editing process in case anyone had any interest in how to edit their own videos and do little tricks) 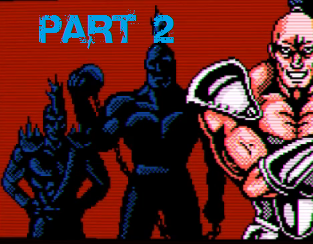 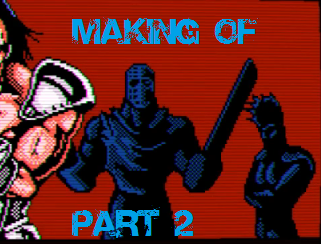 Oh, sweet, I’ve been wanting to check out this game for a while now.

Definitely gonna be keeping track of this thread, because this is a real cool idea actually. 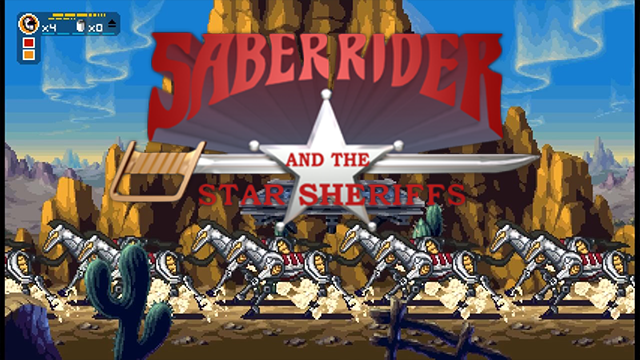 Saber Rider and the Star Sheriffs - The Game is a throwback arcade-style game based on a forgotten 80’s anime series, in the vein of something like Sunset Riders. The team behind this had originally worked on a different game based on this series that got cancelled, but thanks to Kickstarter they were given a second chance. They released a demo recently that’s just a half a level, but I still wanted to take the time to talk about the project, because I find the whole thing endearing and in line with my interests.

This is dumb and rad and awesome and I’m totally sold on Saber Rider and the Star Sheriffs.

Chorps and I check out the latest in MSX Homebrew, in the legally distinct Whoa It’s “Bird and Chairs”

For those that want to know what this LP will consist of: I put an item in the game and I’m going to intentionally farm the item and then intentionally activate its special ability near the end of the game and that will be the LP. 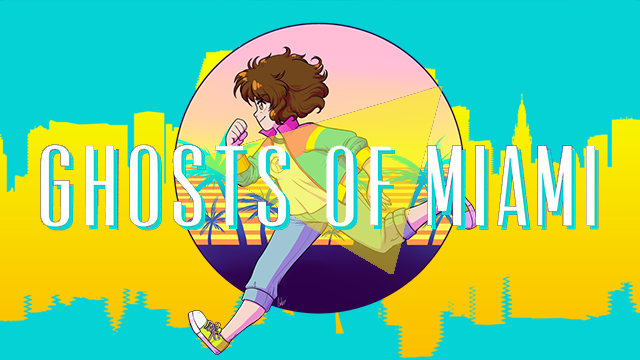 Today, Visual Novel Book Club member and VN scholar DeviousVacuum joins me for commentary over a potentially exciting upcoming release.
Ghosts of Miami is a stylish mystery/romance visual novel about being a small-time private investigator in 1980’s Miami. I really love the aesthetics, and the idea of balancing actual investigation work and relationship development sounds like an interesting way to add depth to the game. This demo only covers the first day of gameplay, but there are already a number of neat ideas in here, so I’m excited for the full release later this year.