You Can Play Six or Seven Games, or Just One! Let's Play Live-A-Live!

Today, I wanted to share a game that I adore. It was the first game I had to use a translation patch for, and I’m really glad that I did. 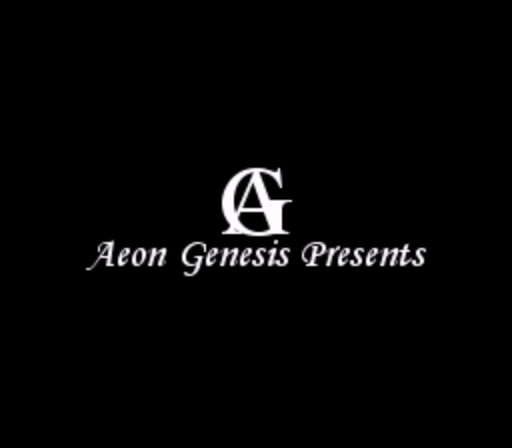 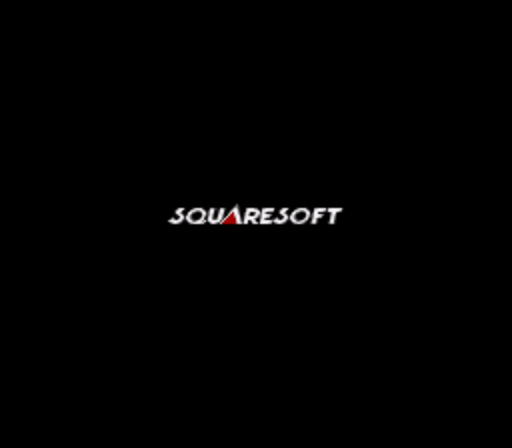 But for everyone that’s in the dark, I want you to think of the creative process for a game. It’s time to pick a setting, but the team decides “Naaahhhh…” and just makes all of them. They just can’t choose between…

Everyone, I’m glad to introduce you to…

LIVE A LIVE (or possibly LIVE A EVIL)

What kind of game is this?
This an RPG by Squaresoft. In addition to the different settings, each story has its own gimmicks. While the core battle system does not change, all kinds of things can affect what happens between battles. The battle system itself is a limited Tactical RPG; each character has a 7X7 grid they can move around on during battles. I’ll share details when we see our first fight.

What is the policy on spoilers?
Nope nope nope absolutely none please don’t even think about it.
Each of the stories may seem cliché and predictable to most, but please let the game present the plot on its own terms.

How can I, an audience member who will never post spoilers, participate?
There’ll be a couple of things to vote on, so let’s get to the first one: Chapter Select!

Can I just look at a specific chapter?
Here is the Table of Contents. Just click a face!
(The artwork is from the cover of the OST) 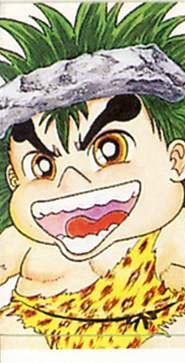 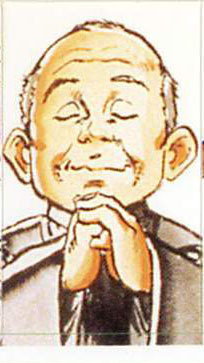 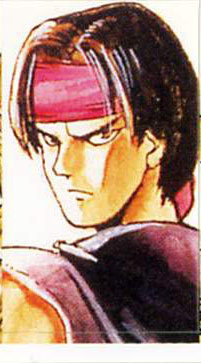 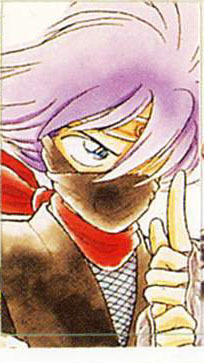 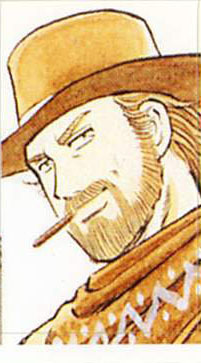 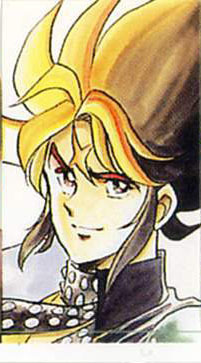 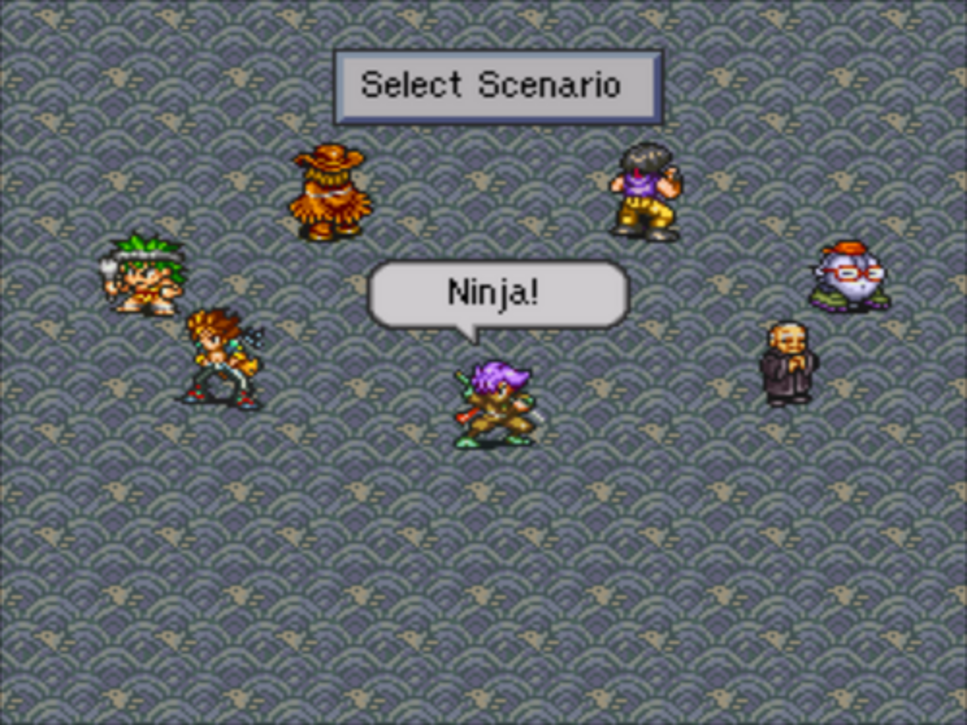 In the Bakumatsu Era of feudal Japan…
The shinobi remain in the shadows even amidst the upheaval of societal change.
To one such man, secret orders are given.
Sneak past countless guards and traps to rescue the hostage!!!
Can he kill 100 men!?! 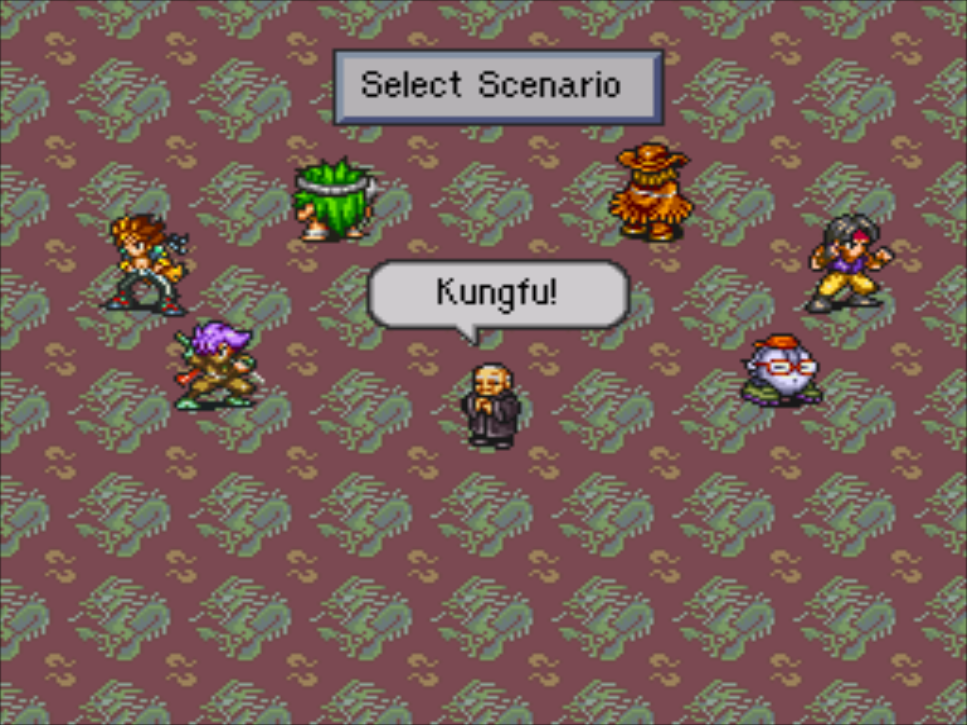 In ancient China, an aged martial artist lives high atop a windy peak.
He has begun to feel the need of a suitable successor for his technique.
His disciples train hard, but only one will come to harness their master’s power. 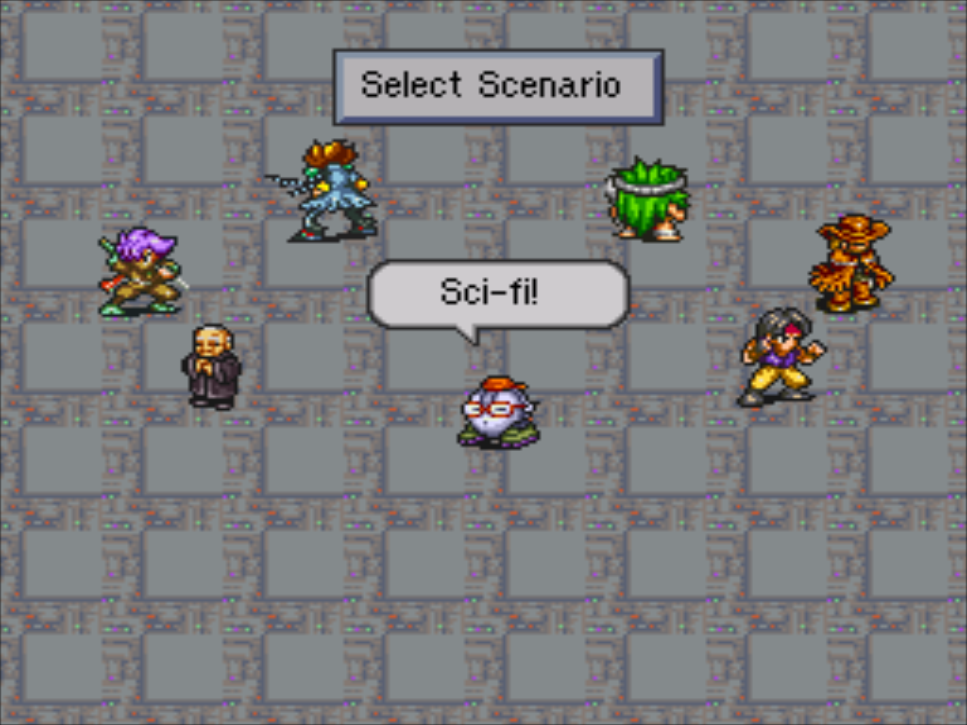 Behold the transport ship Cogito Ergosum, en route to planet Earth.
Inside, a new kind of lifeform is being created.
The robot created by Kato the mechanic will become intimately involved as events spiral out of control on board… 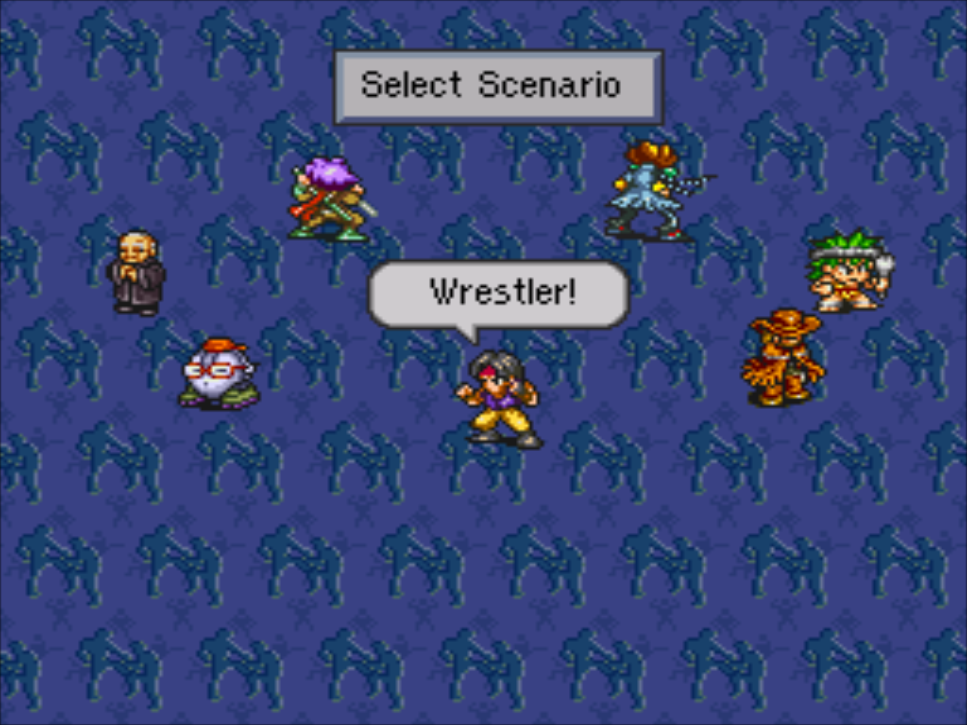 A fierce youth has entered a global fighting tournament to experience and learn the combat styles of the world!
He will see man unique techniques, and will use them to achieve the ultimate goal:
The title of “Strongest in the World!” 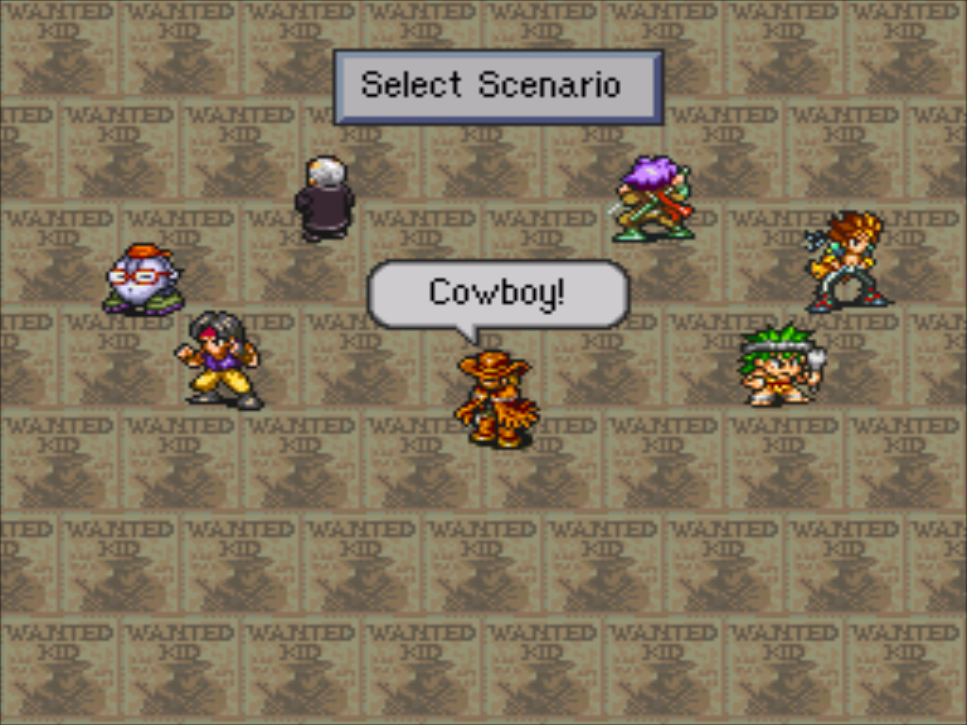 In a time when the west was wild and criminals were many…
A haggard traveler with a price on his head wanders into Success Town, the recent target of a notorious outlaw gang.
Work quickly to set traps and take down the Crazy Bunch!!! 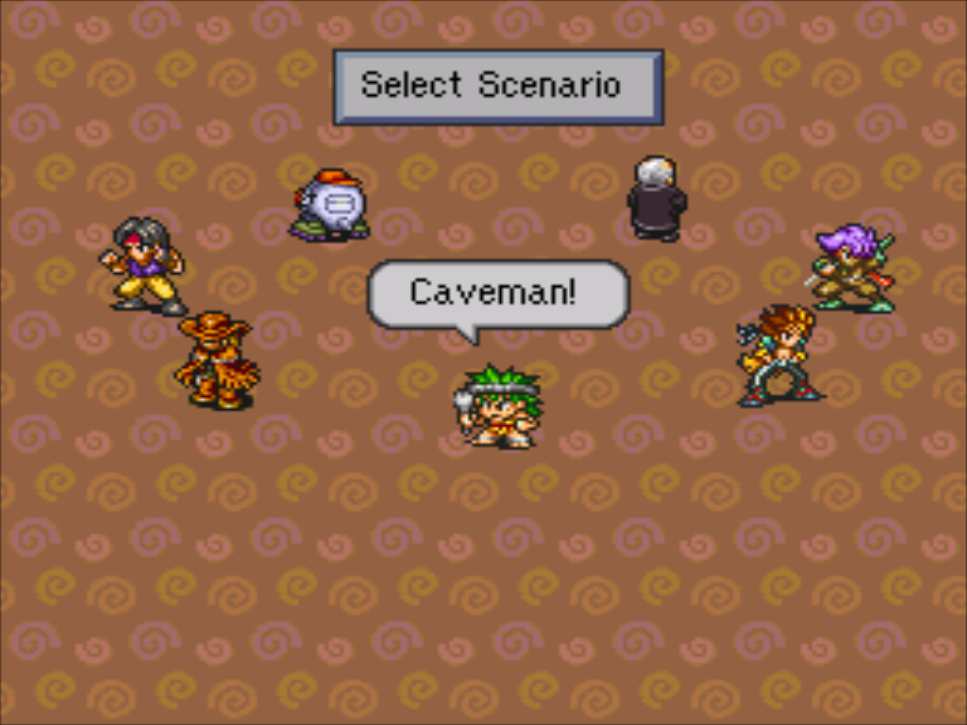 The Stone Age! The day a free-spirited boy and his friend Gori come of age has arrived…
In a time before spoken communication, man possessed a keen nose indeed.
Through his sense of smell, man could find any beast or avoid lurking danger. 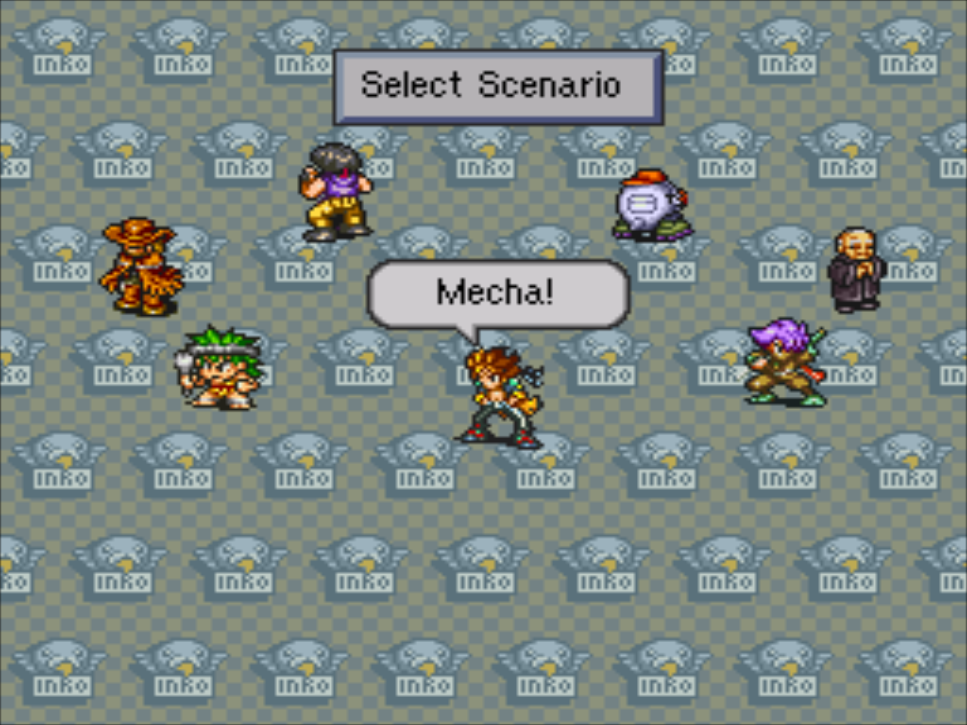 In the not-too-distant future, there lives a boy with the power to read other peoples’ thoughts.
His teenage years are troubled, and he gets into many fights.
And yet, over his shoulder silently watches a sleeping giant, the robot Buriki Daioh…

Put your votes in the poll below! I also want names, but that process will be less democratic. If you have an interesting name for a character, just PM it to me or post it. When the time comes, I’ll pick my favorite.

You can name as many characters as you want, but please only give each character one name. Six characters per name; I know, I know, some of the defaults are longer than that.

I’m going to leave the voting open until Thursday at 10 p.m. I’ll be able to start working on updates on Saturday, with the first one hopefully coming out on Sunday. In the mean time, pick your favorite!

I’d like to see the adventures of “The Baby Kid”, personally

If you are doing this screenshot, make sure you include link to the soundtrack as people need to hear it. It’s so good.

I thought I put in a link to Tindeck; I’ll fix that right now!

I know exactly how much of an undertaking this will be, so… Good luck!

This is a great game and I enjoy seeing people’s reactions to it. It’s a shame Square Enix never when back to try and innovate with the combat system.

Since it looks like Caveman is winning why not name him Fred?

For the Kung Fu Chapter: Jostar

I actually remember playing this with an older version of the translation patch. I don’t remember all of what this one changed over an older one, but it added the different fonts for the different scenarios, and I think changed one of the default names to something stupid.

This is definitely an underappreciated gem of a JRPG, and I’m looking forward to your take on it.

Hey all, I’m going to make a tweak to the voting process. I’m going to close the vote at 10 p.m. tomorrow instead. That way, the thread can have one full day to suggest names for whichever story wins. It’s a tie between Caveman! and Kung Fu! at the moment, but it’s still anyone’s game!

You are naming the Kung Fung Style not The Master.

Oh dang teach me to read the whole post.

Uh, in that case, Matrix style

As much as I liked this game, it always felt a bit, I dunno, sort of unfinished? Like a bunch of proof-of-concepts rather than a coherent whole, if that makes sense.

Seconding the fact that the soundtrack is fantastic though.

And voting is closed. The winner is Caveman! The only suggested name for now is Fred, but feel free to suggest more names in the interim. I will accept both caveman and romantic comedy themed names! I’ll start working on the update on Saturday, when I get the free time.

Bonk is clearly the best name for the good caveman child. Even if he isn’t bald.

OK, let’s get this started!

I really love how this chapter has no dialogue. It’s one of the many things that give the game its charm.

I don’t know if there’s anything you can do about it, but the still screenshots are all cropped on the top and bottom in the post. Going to imgur shows the full picture, but it’s really annoying to do that for the screens where text is completely cut off from the top.

EDIT: Testing using a direct image link, instead of to imgur 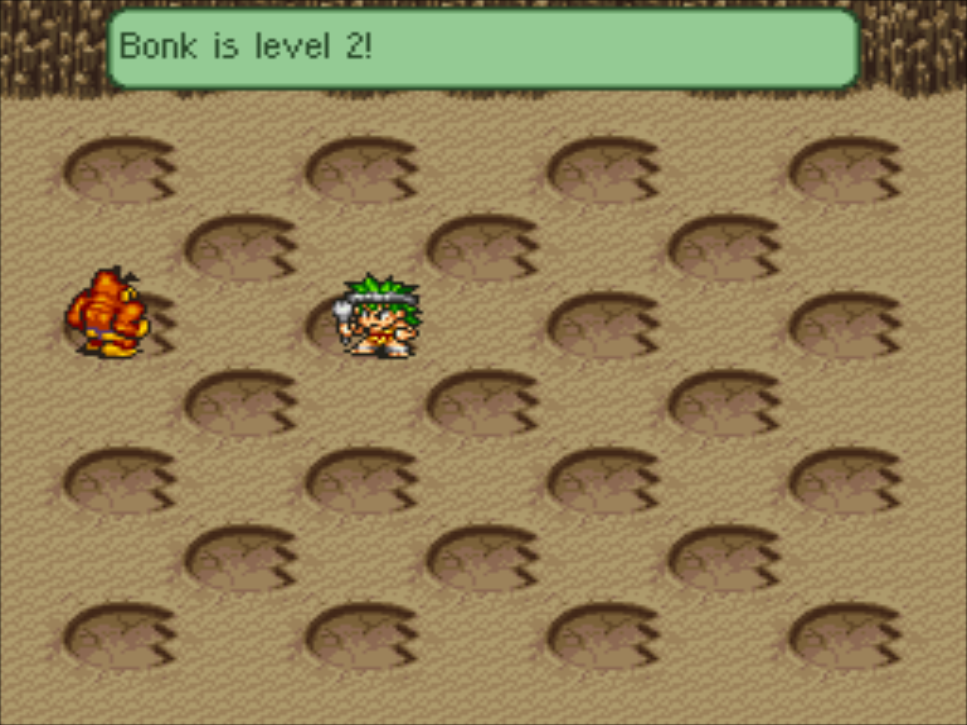