My Only Objective Is You - Let's Pizza A Way Out! 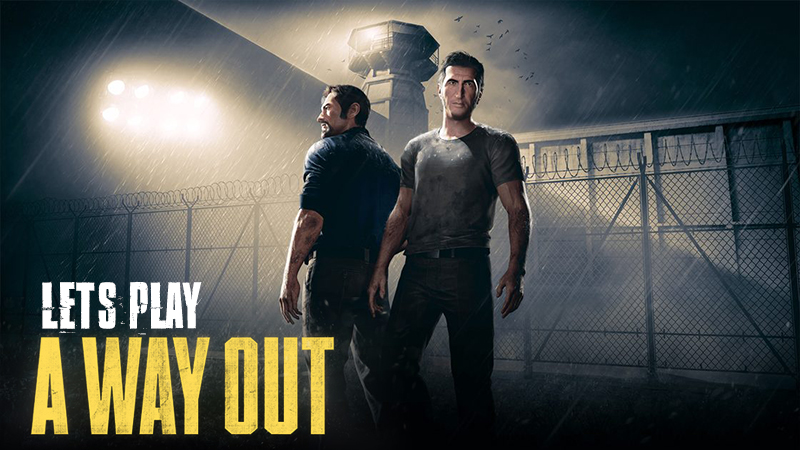 Woah! Hey! Welcome to our let’s play of A Way Out!

This let’s play is starring me and my good buddy Kaubocks! We’d been wanting to do an lp of this basically from the instant it was first revealed, so we finally sat down and blasted through it in one sitting. We also ordered a lot of pizza and then we ate a lot of pizza.

Is this LP informative or completionist? 100% LP?

Hellllllllllll no. We are dumb idiots who fuckin punched our way through this game. We missed a bunch of stuff. But don’t worry!! We know we missed it. There’s going to be bonus content at the end featuring all the things we waddled right past.

HELL NO DON’T POST SPOILERS! I’ll call the fuckin LP cops on you!!

Okay so what is this game about then?

A Way Out is a really fun co-op buddy adventure about two regular old criminals breaking out of prison! Here we see our criminals: 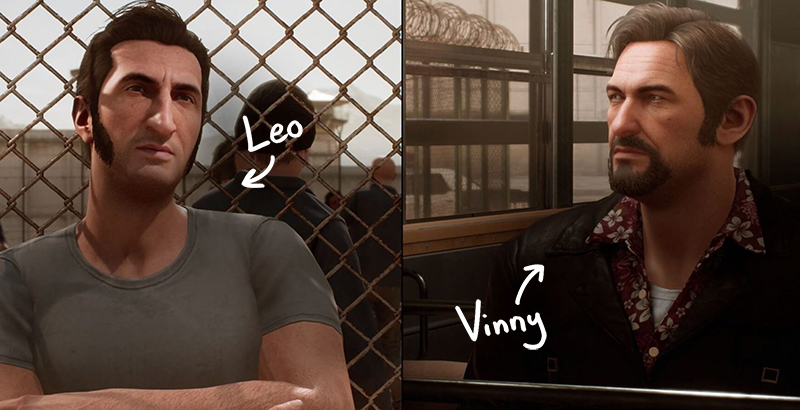 I will be playing the role of Leo, a tough man crimes guy with a lot of hair gel and not a lot of brains. Kaubocks will play as Vinny, big beefy dad bod who speaks softly and also acts softly, honestly.

Heck yeah, I’m excited for this! I heard good things about this game but I’ve seen almost nothing about it.

I was really surprised when that dude stabbed a guard right in the dang heart.

This is going to be the true carefully scripted narrative LP about friendship.

I have a very special gift for Panzer: NSFW Kabock’s ass

Every character does look like they could be named Vinny in this game and I’d say that’s a positive.

I am thrilled to see you and Kaubocks re-enact what I’m assuming is Josef Fares’s autobiography.

This game actually rules a lot? Like these are some interesting set pieces so far.

“Where does the poop go?” is the biggest ludonarrative dissonance a game can have.

Seriously, I know prison conditions can be bad, but those toilets have no plumbing and, as a celebrated pooper, it fucks me up.

The worst of it is I think it’s accurate to actual prisons in America? You poo in a bucket, and someone cleans it up…sometimes.

New video time! We finally solve the mystery of where all those extra sheets are at! The thrills never stop coming!

Maybe the real Slenderman is the sheets you stole on the way.

I think the reason the timing was so forgiving on the door and the fan is to compensate for any delay that might happen in online play.

This is the dumbest successful prison break of all time. Imagine the A and E special on this, when they get to the dramatic narration part that describes how they do the double backsy THREE TIMES.

I can’t wait for No Goblin Game 3 to have a dedicated “Look At Vincent” button.

I’m still hoping for that magical game idea they mentioned, personally. Maybe we’ll have a greasy animal companion named Vinny or something.

Every time you press that button it brings up a different picture of a person, all of them Vincent.

Hey ya’ll it turns out breaking out of prison is actually super easy and anybody could do it? Especially two complete bozos with no plan whatsoever.

Absolutely flawless escape plan. I wonder if the fact that the greasemen broke the rope at the end will affect the plot any.