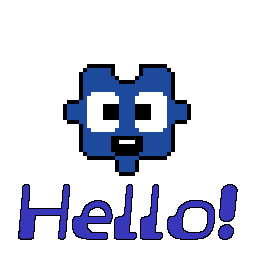 I am Lolo De Puzlo and I am a streamer who focuses mostly on older content, but with some newer content thrown in. If you would like to see someone bumble their way through retro games that you may or may not have hearrd about, then maybe give my channel a look over. I aim to host a stream with a friendly atmosphere that welcomes all to come and watch.

For example, here’s a clip from when I was playing Monster World IV on the Mega Drive

And some of the other events I plan on hosting include

Here is my current streaming Schedule

If you do want to see my stream, I stream using Restream, which means that you can catch me at the following locations

I can confirm that Lolo De Puzlo’s streams contain lots of Lols and approve of them.

Okay, now that I’ve figured out how this onebox thing works, I’ve added a window to watch my stream and a highlight to show the atmosphere of my streams (also so you can see my beautimous layout

Alright, at 8PM CST, I will be doing a first for me. I’m host a race! Except it’s not really a race, it’s a sort of Neo Turf Masters Exhibition Match!

I’m not sure which course to do so I’ll make a poll to see what you would want to see.

Tonight I will be hosting a race between 5 people for two games: Yume Penguin Monogatari and Panic Restaurant.

It’s a double-feature race with the there: Laugh and Grow Fat!

So, after doing 3 races so far, I’m here to announce that I am opening up access to races for everyone! Starting on April 21st, I will be doing races once every other week so there will be plenty of opportunities to join in!

There are only 3 things you must know before signing up.

If you want to sign up for one of my races, join my Discord server here. There will be a channel labelled “interest-check” where you can join using reactions and sometimes pick what game I will be racing.