Making games for fun and profit.

Ever think about leaving your current career behind to pursue a life of full-time game development?
There’s a game for that.
Welcome to Game Dev Tycoon.

It’s easier to just jump into the action and go step by step, than to explain everything at once.
So, let’s set the scene… 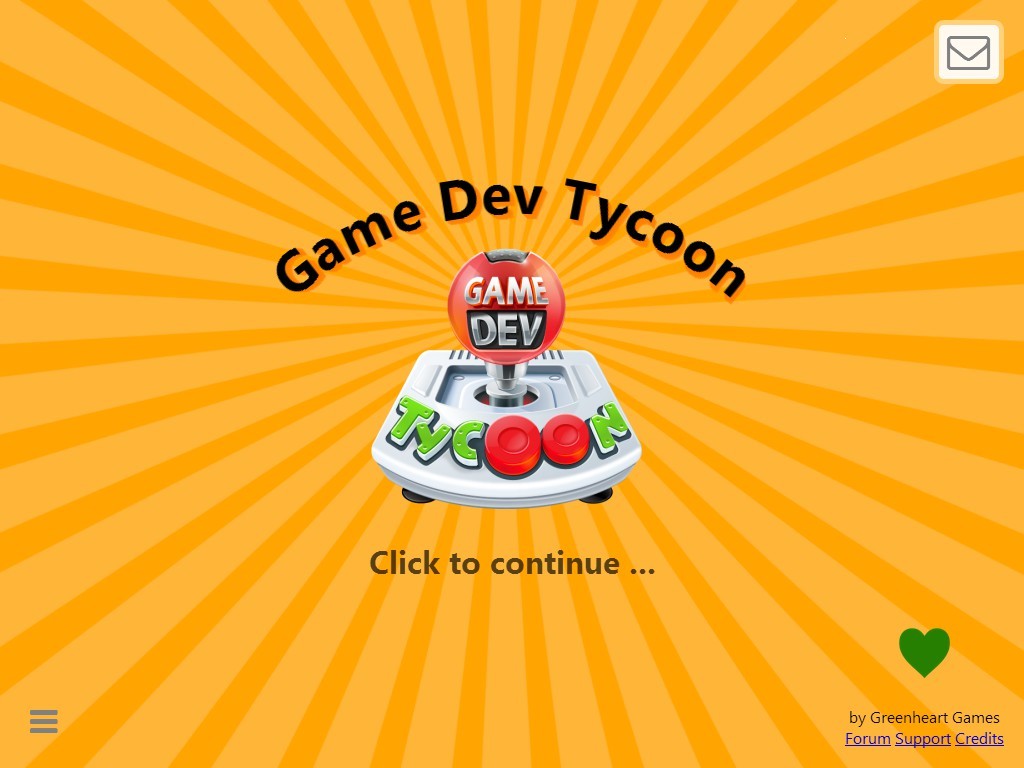 The year is 1980.
Rob Boss, video game enthusiast, sits in his parents’ garage, staring at his computer. 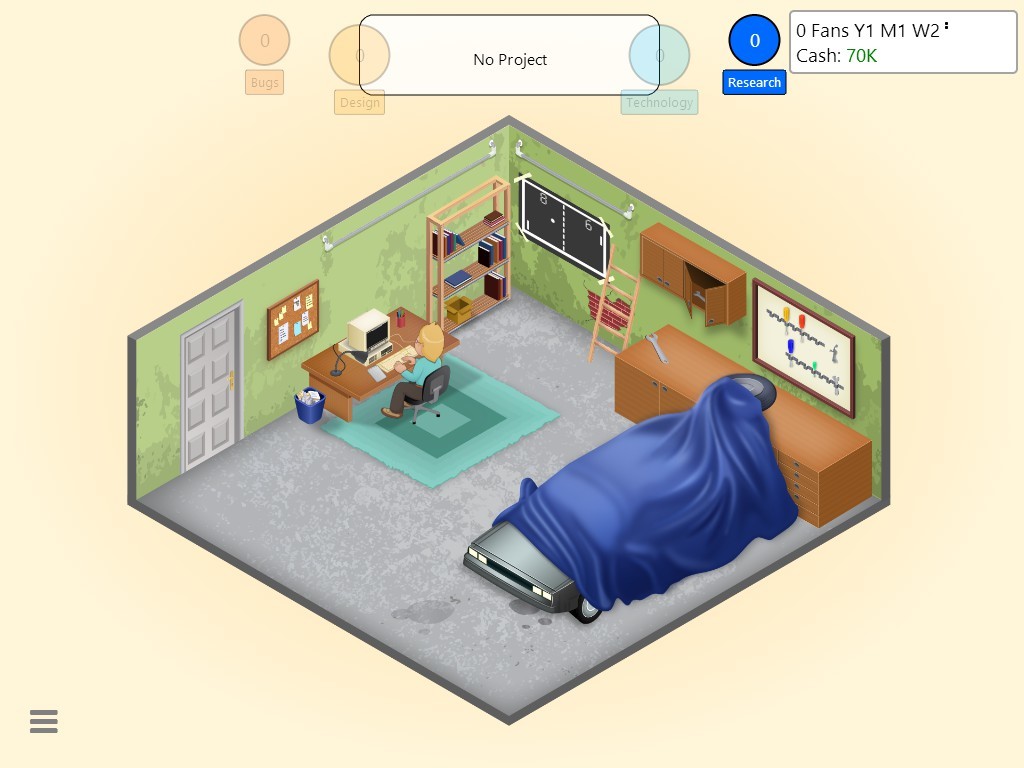 Another day with nothing planned for the future, he gazes deeply into the black glow.
Suddenly, something takes hold of him.
It’s us. We have been transported into the position of Rob’s inspiration, if you will.

Reaching into Rob’s passion, we give him the motivation to start his own game development company. 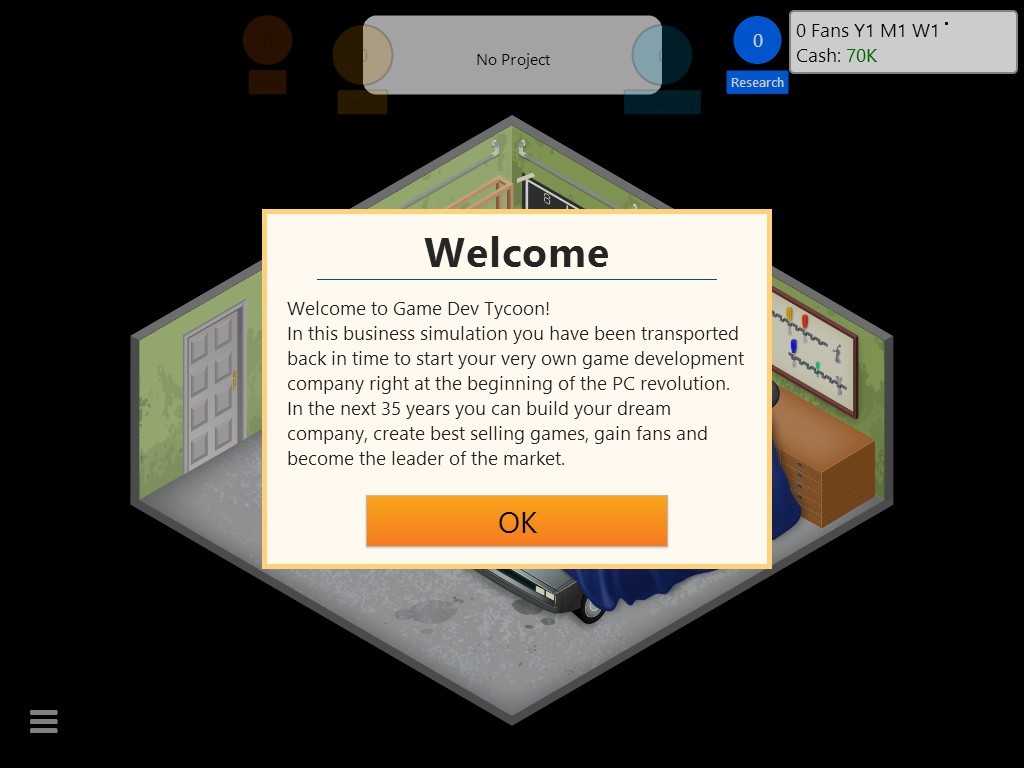 Our first order of business, is giving him a name for his new company… 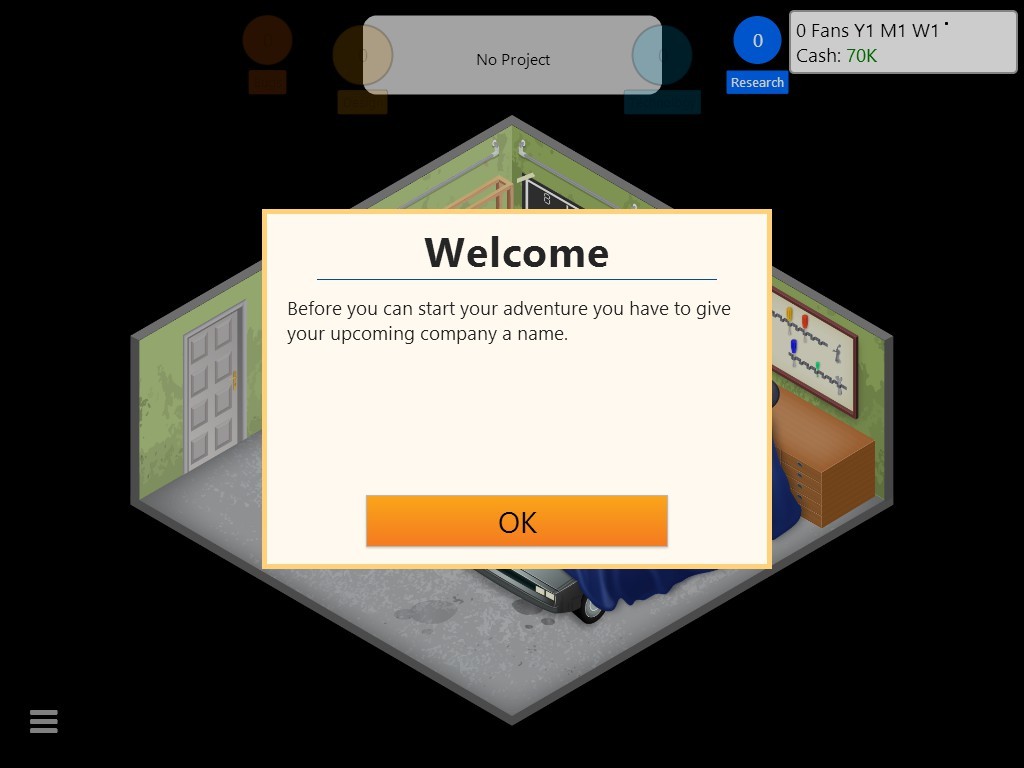 Rob Boss looks into his mind, and puts pencil to paper… 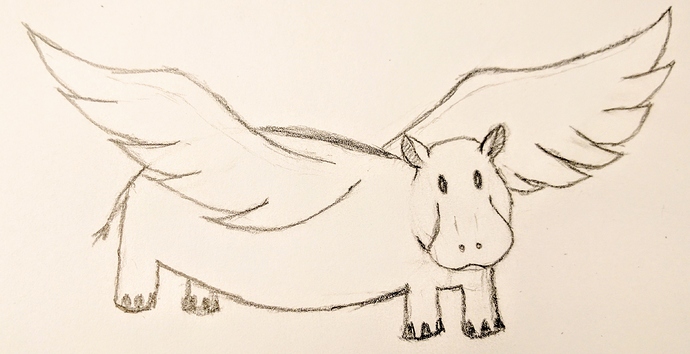 “Perfect,” Rob thinks to himself. 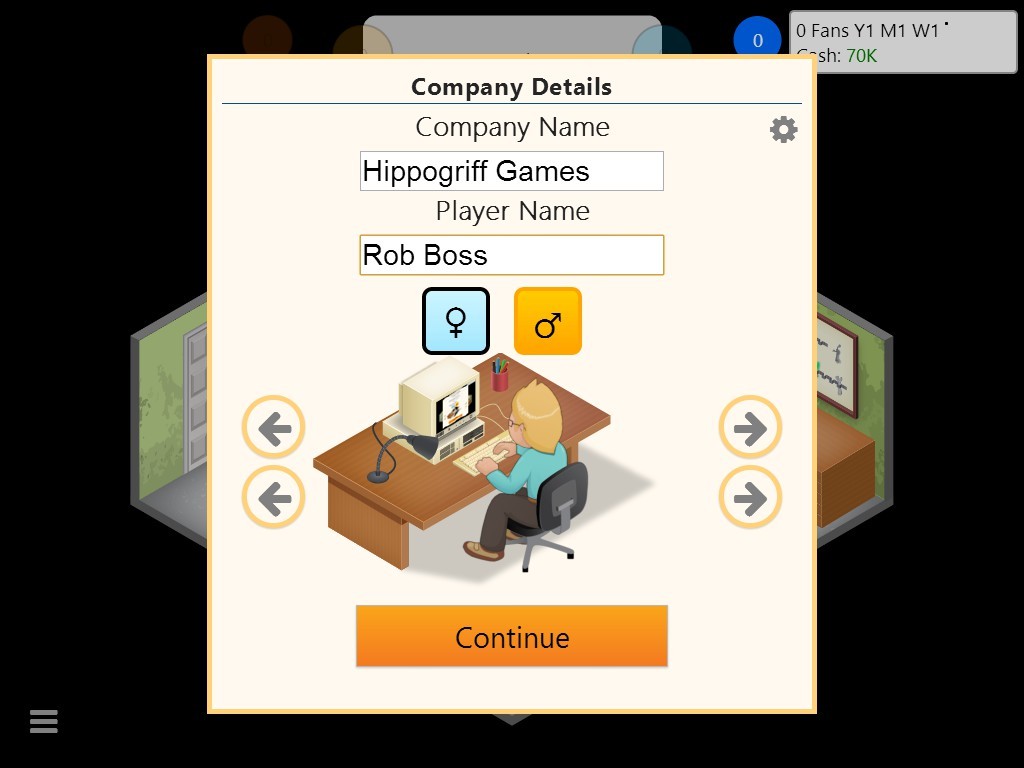 Hello, everyone!
As a collective mind component, let’s do our best to guide Rob Boss into a successful future as a game developer.

There’s only one thing to do at the moment, so let’s have Rob do that. 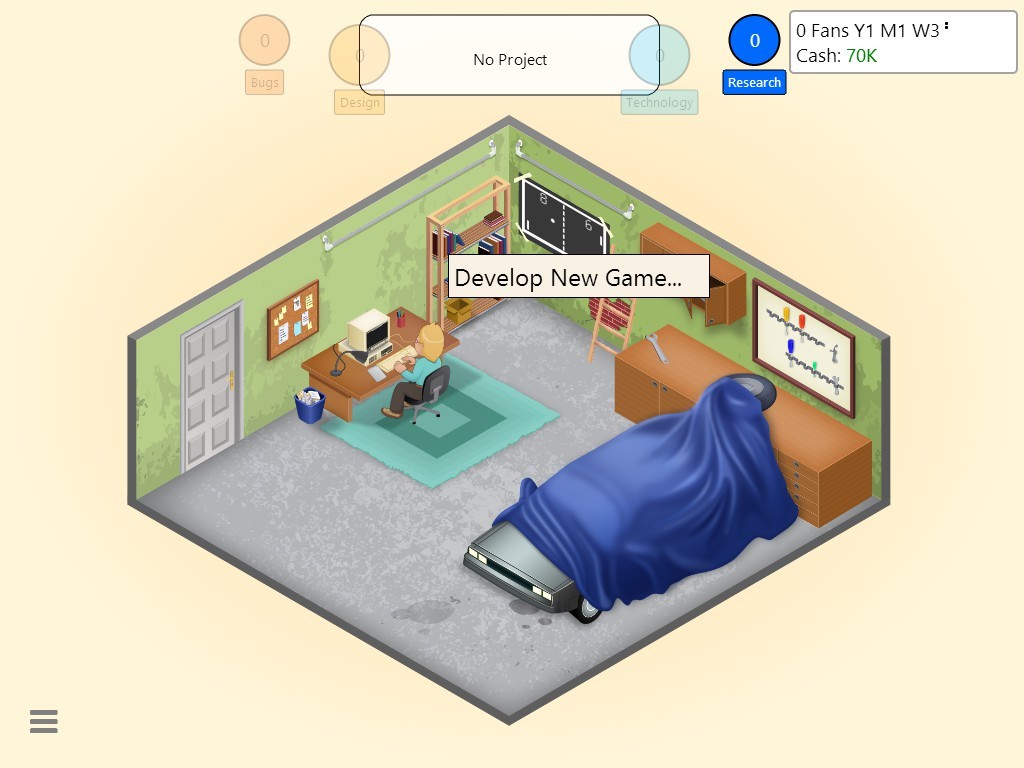 Okay, now let’s get to how this whole thing works…

–= Game Concept =–
To start, there are 4 things we can change: Name, Topic, Genre, and Platform 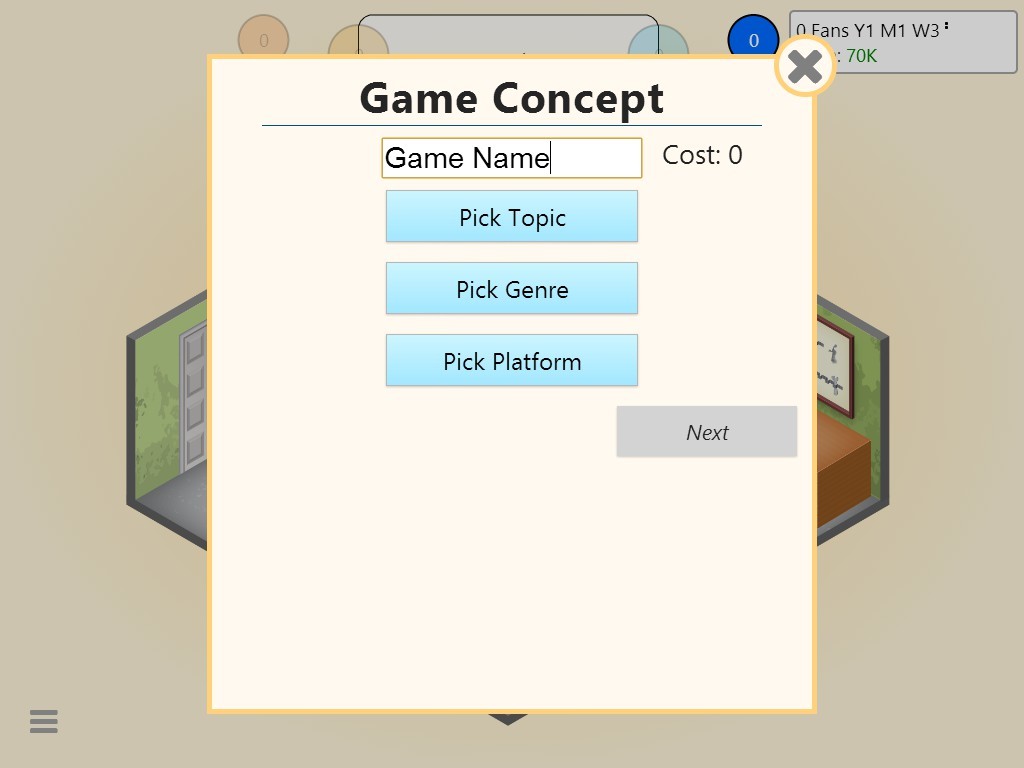 - Name -
Choosing the name is the most enjoyable part of this, as it brings forward the most imagination and really makes the game.
We’re gonna always leave the name for last, because choosing the other aspects (Topic, Genre, and Platform) really gives the context for the name.

- Topic -
Topic is what the setting or tone of the game is in a sense.
At the start, we only have 4 topics to choose from: Comedy, Detective, Cyberpunk, and Martial Arts
(Rob Boss’s interests are weirdly close to mine.) 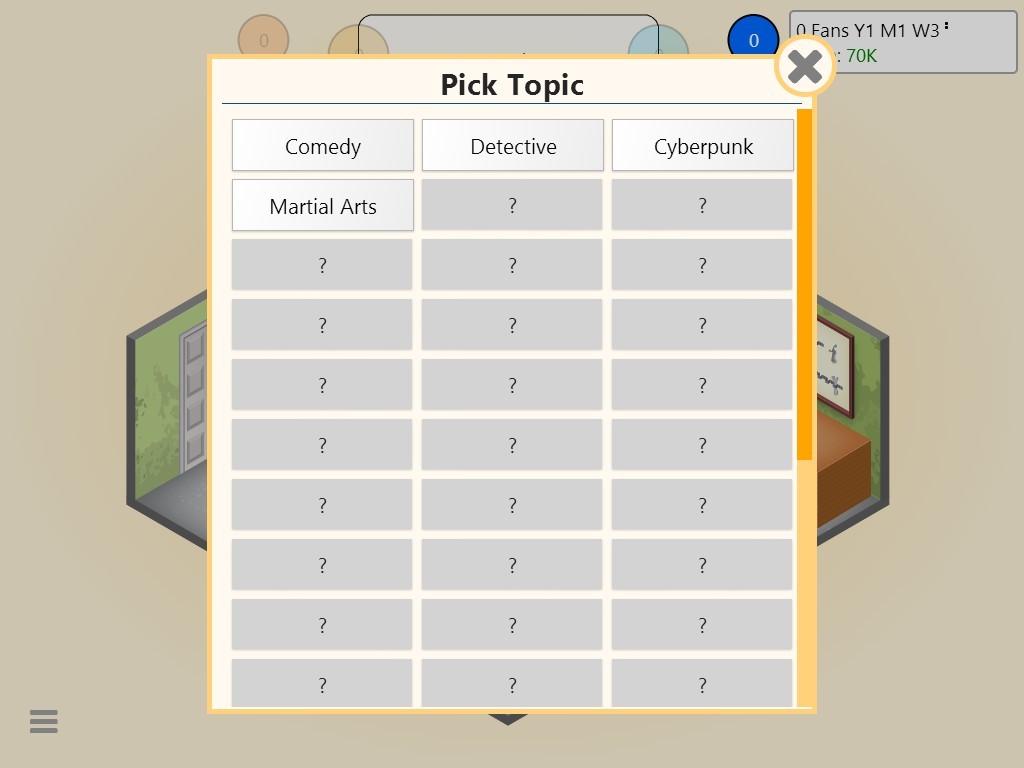 - Genre -
Genre is categorizing how we imagine the game should play.
We have 5 genres to choose from: Action, Adventure, RPG, Simulation, and Strategy
(I think we get 1 or 2 more later on, but it’s mostly limited to these.) 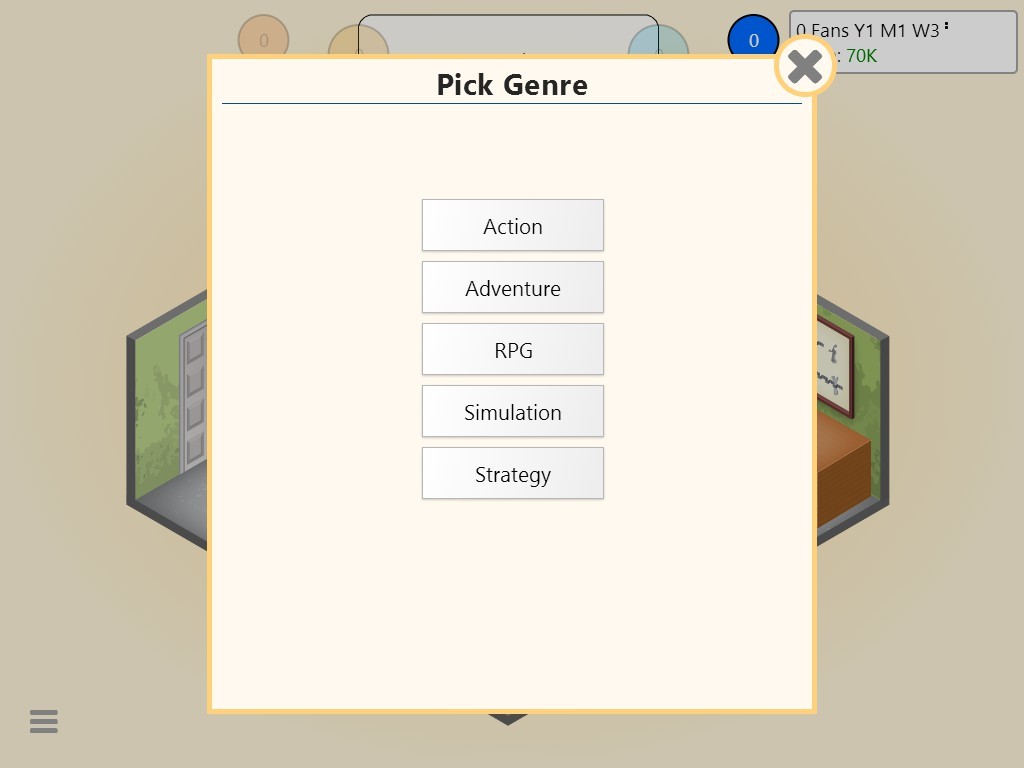 - Platform -
Platform is what system we want to launch our game on.
At the start, we only have 2 platforms to launch on: G64, and PC
“Dev. Cost” is how much it will always cost to develop a game on a given platform.
“Marketshare” is effectively how big a slice of the game consumer pie our game will be available to.
“Genre match” will come into play later, if we decide to create reports looking into why our game was or was not successful.
(I’m not gonna focus too much on numbers and how the algorithms for stuff works, but I’ll explain details here and there.) 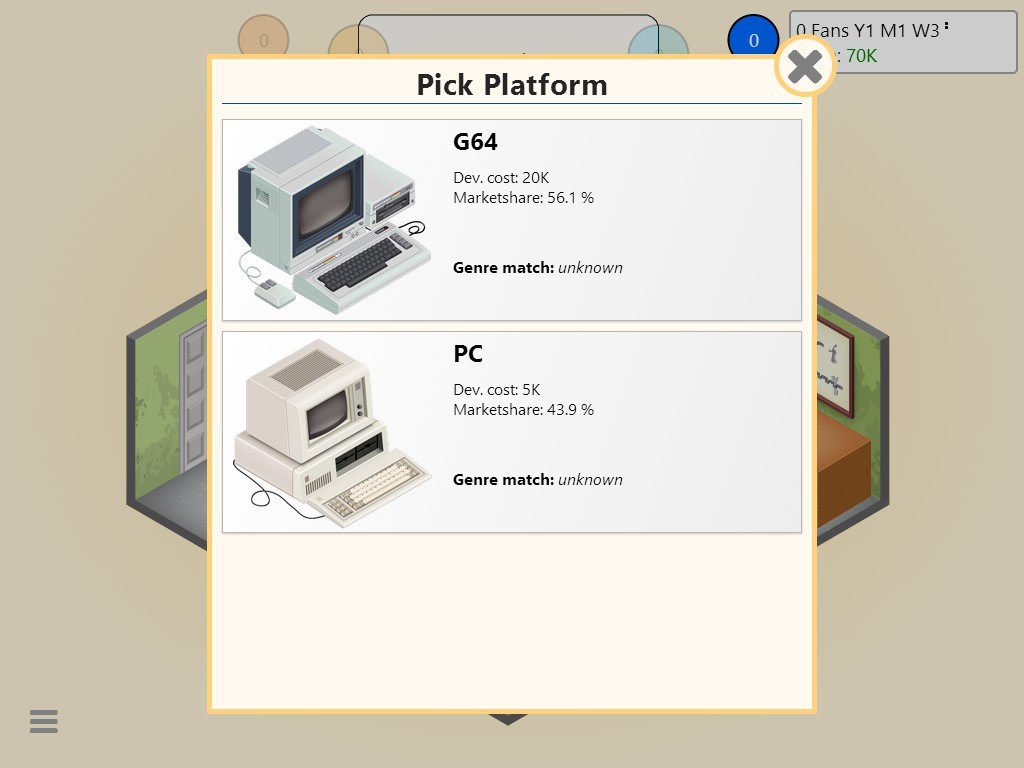 OK! Got it?
Now, we are gonna vote, but first, let’s go over how this process works…

Then the game gets released, and the reviews come in.
I’ll explain more once we get there, but let’s start the community involvement.

A Cyberpunk RPG. We should call it Darkjog.

The G64 offers greater fidelity and growth and I shall hear nothing about the future of PC. Oregon Trail only has two colors on PC!

Cyberpunk Strategy because you still live in an era where something like Syndicate is viable.

I would like to see a comedy RPG called The Zyblock Clown.

I say we make a cyberpunk point and click game, call it The Secret of Chimp City.

A Detective Simulation game with attempts to replicate every single boring minutia of being a private investigator.

There’s gotta be a niche market here that we can take advantage of!

An Adventure Comedy for the PC called The Guise of Gibbon Gulch.

Voted for Cyberpunk RPG, obviously the easiest type of game to code single-handedly in your garage.

A Detective Simulation game with attempts to replicate every single boring minutia of being a private investigator.

I’d love to see a detective game where you just wait around in your office all night for randomly-generated dames to enter. Maybe all the actual case-solving happens offscreen.

This but set in France in the Cyberpunk future of France where your office is set up just outside Notre Dame Cathedral where you solve Cyber-Catholicism related mysteries involving historical and cultural references to the Notre Dame but updated to fit within the Cyberpunk world.

I, for one, am disappointed that our first game can’t both be Martial Arts and Comedy.

The world is not ready for Rush Hour: The Licenced Video Game (in the 80s somehow).

Wow, I’m really glad to see all the discussion so far!

I love a lot of these ideas, and I think depending on how compelling, thoughtful, and/or funny your ideas are, you could really sway fellow voters. Also, your name can gain traction in this way, before the voting round where the name is chosen, even opens up.
Plus, there’s nothing that says your ideas can’t be used on the next game / vote.

But, most importantly, just so everyone knows,

-=Voting Time Lengths + Improved Voting System=-
In order to keep the ball rolling at a steady pace on these votes, I’m probably going to aim for the following:

Note 1: I’m combining voting parts 2 and 3 into just 3 to give you all more time for the funnest part, the names, and get the dullest part, the sliders, out of the way along with it. (It also gives readers a lot more reason to participate on the sliders stage. And, the sliders don’t depend on the name, so it won’t affect the game that much.)

Note 2: I’m adding a new Vote Part #2, in order to give people time to pitch their names or revise them. This will also hopefully create a fairer voting platform, so that all the names are up for consideration at the same time the voting opens. (Also, I’m not certain I can edit a vote in progress, without destroying previous votes?)

This way an entire voting process will only take a week.
After this, I’ll probably take somewhere around 5 days to a week to prepare the following update.
(Obviously, extended breaks will come up, if I’m under crunch-time or gonna be away for a while.)

Anyway, next time, I will check back in with the results of Vote 1-1 and open Vote 1-2.
Tune in Thursday, when you all can start officially pitching your names!

(I believe the voting results are visible now, if you want to see the exact percentages.)

Cyberpunk with almost 50% of the votes!

RPG only just barely beating out the others. 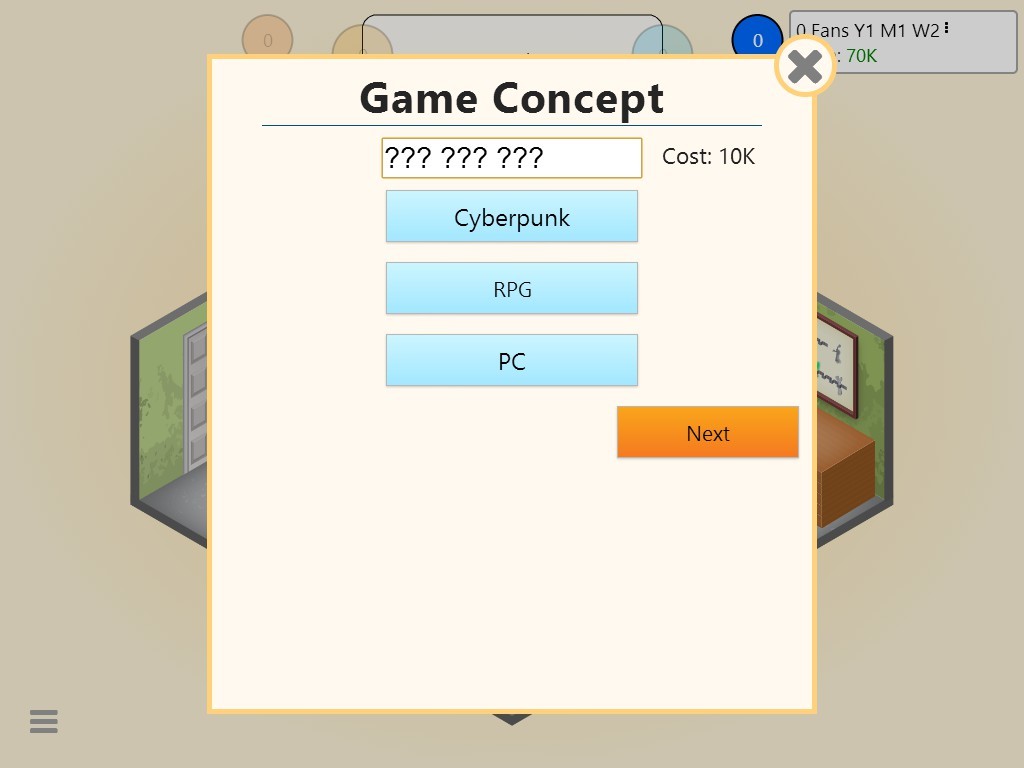 Now we have to come up with a good name for our Cyberpunk RPG on the PC.

To pitch a name, just write a post right onto the forum!
Add your name idea for the game, and if you want, a little description or explanation to go with it.

(If you already wrote in a name earlier, and you don’t write anything new in by the time the poll closes, I’ll just use that name as your submission.)

Technically, you only get to officially pitch one name per voting process, so as to keep vote lengths down.

HOWEVER, this does not mean you shouldn’t feel free to remix other names that people pitch to try and improve on them. If they’re funny or something to me, I’ll add them in along with your official name pitch. If you’re not replying to someone else, I’m probably gonna consider that your “official” game name pitch. (I’ll always assume it’s the last one too.)

Once we get to the third voting stage on Friday, all of you will have 2-3 votes to give to the names. (It depends on how many people respond.)

I’ll probably check-in before Friday night, but until then, I’m excited to see what you all come up with.