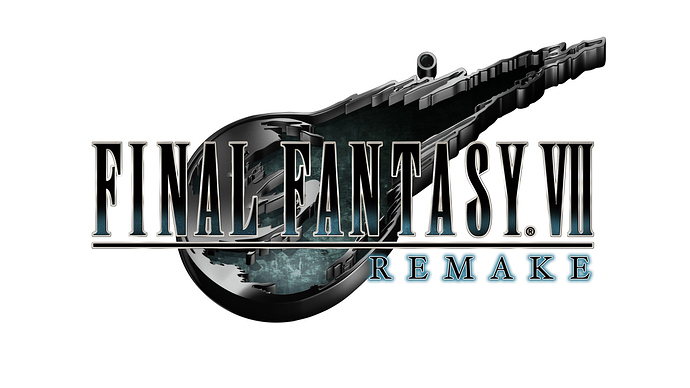 Final Fantasy VII. It’s a big deal to a lot of people! It was a huge, ambitious game that came out at just the right time to be a lot of people’s first JRPG. Combined with the polish, scale, and unique setting and story, FFVII became a landmark game that people would beg to be remade for decades. Now we’re here, with Final Fantasy VII Remake, the first in a series of games remaking the original. This first game adapts the first 6 hours or so of the original’s 40ish hour experience. Yes, that sounds ridiculous, but it ends up working pretty well in my opinion!

I’ve been seeing more and more people who don’t know much about FFVII, especially now that the original is well over 20 years old at this point. So for this reason, this let’s play is being made with new viewers in mind. That means I won’t be spoiling anything from the original story.

RULES
Please respect spoilers for those who are new to FFVII. There are some very iconic scenes from this game that people like to reference, but I’d like to keep that stuff under wraps if possible.

What’s the update schedule like?
I try to get episodes out every Sunday at 1PM eastern, 12 central, 10AM pacific. Work and other stuff sometimes gets in the way though, so there might be occassional delays.

My name is Cloud Strife and this is my favorite thread in the Sector 7 slums.

Loving this LP so far. Glad to see you made a thread for it, Chip.

This is good stuff. I was debating on not watching this until I could play the eventual pc release but I couldn’t wait.

It’s literally impossible to play this game for more than an hour without being reminded of pizza. It’s the central motif of Final Fantasy VII. 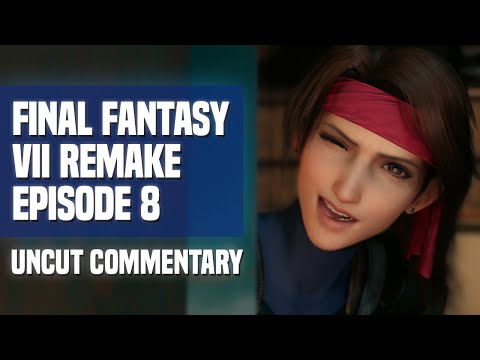 “There is something very Dahir Insaat about the design of Midgar” is the kind of cold opening I couldn’t get anywhere else on any media platform. Never change Grant.

Hell yes! Just got done with work for the day, and I’m settled in my blanket burrito with my bowl of evening porridge. A nice episode of My Neighbour Sepiroth will be just the thing. <3

It really does make me happy how much extra time and characterization are given to the avalanche crew; Jessie, Wedge, and Charlie Sheen. I remember having a complete crush on Jessie as a kid.

Really enjoying this a lot. I never played the origninal back in the day (and I sadly don’t have the time to play it now), so I do appreciate the spoiler policy as well. Looking forward to more of it.

It’s always fun seeing you guys LP a game I’ve played before, you manage to find all these cool little details I entirely overlooked in my own playthrough.

I told myself I wouldn’t get the FF7 remake until it’s finished - since I have limited money and gaming time anyway. But as soon as this LP popped up I was straight into it like the FF7 addict I am.

I still remember that iconic ad with Cloud looking up at the ShinRa building from all my comic books back in the day.

As someone who grew up in the era when this came out, but didn’t own consoles until much later. I’m very much enjoying this LP. I know most of the spoilers, but getting the background and full depth of everything has been great.

Thanks for doing these Chip/Ironicus.

Cloud’s coolest flip so far was the one during the motorcycle chase he used before stabbing that soldier dude’s bike.

This LP’s been fun so far, thanks for making it chip!

Norbs (Green Orbs): Magic Materia. Used to cast magic spells which can deal damage, heal or cause various effects.
Yorbs/Lorbs (Yellow Orbs): Command Materia. Adds abilities beyond summons and magic to the user, to various effects.
Blorbs (Blue Orbs): Support Materia. Enhances the power of other Materia when paired with them.
Dorbs (Red Orbs): Summon Materia. Summons creatures to cause devastating effects to foes or positive effects to the user.
Plorbs (Purple Orbs): Independent Materia. Provides support and auto-abilities and stat boosts to the user.

Mad stoked on the LP, and very much so enjoying it so far.

I’m curious if you have thought about playing through after the first run on hard mode? I know some bosses have additional moves, and I found my combat and play style change drastically on hard mode.

More importantly, there’s some story beats that I think have value seeing again after the initial playthrough, and I would be super interested in seeing a potentially spoiler filled discussion of some of this content.

I’m sure you’ve already got a plan for handling most of this… This post is more to see if anyone else is interested in a potential “spoilerier” playthrough!

It’s weird, but one of the saddest moments in the game was realizing that the Shinra Middle Manager lives in the slums but still fully buys into Shinra’s propaganda.

After his interaction with Tifa, I’m looking forward to the rest of the Shinra Middle Manager story arc