Shantae’s already done with this. 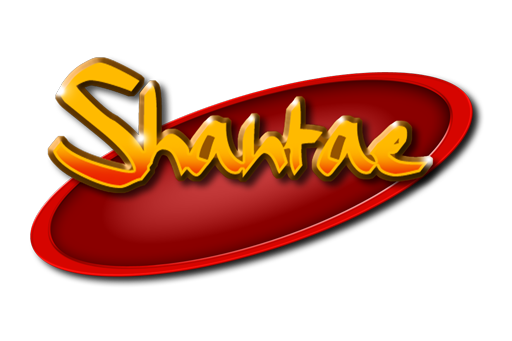 Scuttle Town, normally a peaceful town by the sea, is under attack by the infamous pirate Risky Boots. Thankfully, Scuttle Town also has a Guardian Genie: Shantae. Shantae’s skill at dancing and her magical hair make her a force to be reckoned with. There’s just one problem, though.
Shantae’s only a half-genie.

Welcome to Shantae, Wayforward’s cult classic from the Game Boy Color era. Chances are, you’ve at least heard of the most recent entry in the series, Half Genie Hero. While the series has enjoyed success recently, the start of it was a little more rocky. Although well regarded at the time, the original Shantae sold poorly, and wouldn’t get a sequel for several more years.

Shantae is definitely a technically impressive game, and there is a lot of love and detail put into it despite being on the Game Boy Color. That being said, while the game is aesthetically amazing and technically fairly good, I’d say it’s not aged… great. Shantae is a Metroidvania, but it doesn’t lean into some of the better aspects of the genre, and it’s more backtrack heavy than anything else. Enemy balance isn’t great either, leading to even some of the first enemies being more of a pain in the neck than they should be. That said, I’ll still be going for 100% since it’s not particularly difficult to do so. 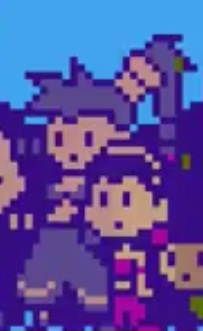 I didn’t know Shantae had a twin. Must’ve missed that bit of lore when I played Half-Genie Hero.
This looks fun though! I’m looking forward to seeing more since I never really did get around to playing the other Shantae games.

It’s good to see someone doing this game. I tried it out after playing Pirate’s Curse, which I got as a birthday gift from a friend, and just could not get into the game after playing a later installment. Shantae felt so sluggish and the hair whip felt like it had zero range. It’s really good-looking for a GBC game, though, I do have to agree.

The original Shantae was a real slog, particularly before I discovered how little penalty there is for running out of lives. I gave up somewhere along the way, then picked it up later and discovered that I was at the end of the game. I forget almost everything else about the experience.

Sluggish and no range, you say.

Part 2: Can’t See the Forest From the Wheat 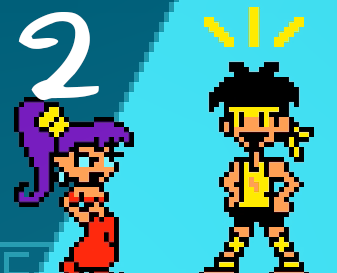 Now that we’re done with the introductory level, it’s time to get to the actual Metroidvania part of the game. Shantae must journey to Water Town, and the trip there is perilous indeed. Her abilities are limited, but Shantae nonetheless needs to survive dangerous foes, such as: weird jumping potato things, literal demons, and very nerdy snakes.

I honestly can’t believe I never played this before. Also, wow. That spanking comment sure was a thing.

Shantae is an extremely thirsty game. I’ve only played Half-genie hero and pirate’s curse but it seems like an underlying theme of the series.

I honestly can’t believe I never played this before. Also, wow. That spanking comment sure was a thing.

Shantae does seem like one of those games that a lot of people end up curious about coughwhenlookingthroughromscough, but I wouldn’t… exactly… say it’s the worst thing to miss out on.

And Risky Boots is nothing if not extremely innuendo-tastic.

Shantae is an extremely thirsty game. I’ve only played Half-genie hero and pirate’s curse but it seems like an underlying theme of the series.

Bolo’s more or less an active representation of the game’s tone. Which is to say: desert-quantities of thirst. 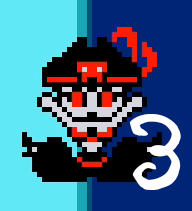 It’s time for our first Zelda 2 dungeon labyrinth. Given Shantae’s lack of swimming ability, the fountain theme is pretty much here for aesthetic purposes. Outside of those small pools Shantae can drown in. We also get our first mobility option, which also happens to be my favorite mobility option.

This game is flawed, but I really like the dungeons. It’s a shame the over-world is so rough to traverse because the dungeons are a lot of fun.

If you think this game is thirsty, go play Shantae and the Pirate’s Curse.

There’s an entire chapter that could just be entitled “Thirst”.

Bangin’ overworld theme for the chapter though.

PS I have no idea what the time scale between these games is supposed to be but in Pirate’s Curse Bolo says he still hasn’t washed his head where she punched him. Dude must be smellin’ pretty gnarly by now.

There’s an entire chapter that could just be entitled “Thirst”.

To be fair, that’s entirely appropriate for a desert level.

I’m pretty sure that the “lighting effects” on Shantae’s sprites are accomplished by changing what palette her sprites are assigned, and not via animation. Not to get too technical, because I’m still learning this myself, but the way video game sprites are stored is basically similar to a “paint-by-numbers” book. The sprite is divided up into regions, and each region is assigned a color on the fly by the game according to the “number” of the region and the palette the sprite is assigned.

That’s actually really neat! The usual examples of sprite palette changes I can think of are the more accidental ones, but it does make a really good effect when done purposefully.

Part 4: An Oasis in a Ringed Land 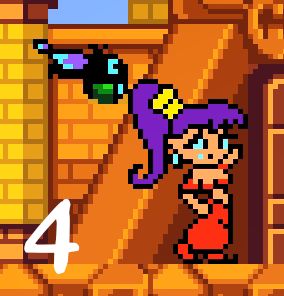 One stone is down, but Risky is still ahead of the game with three more stones available. Shantae must now travel into the desert in search of the Golem Stone… and earn some money along the way by playing minigames. I’m sure a few delays won’t hurt.

I don’t know what the scorpion people are called in Shantae, but the mythological equivalents were frequently called girtablilu.

According to the wiki their species is girtablilu, (though that’s probably according to the fans) while the enemy names themselves are apparently just… ScorpMan and ScorpGal. Kinda underwhelming, really.

I suspect Matt Bozon wasn’t really trying to build lore on the level of Elder Scrolls, he was just like “I bet it would be rad if you had to fight a scorpion with big knockers here.”

Part 5: Elephant in the Room and Pillar 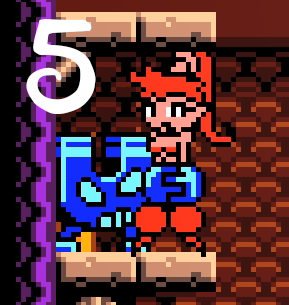 Shantae has entered the Golem Mines in search of the next stone. Risky Boots is still ahead of the game, so Shantae must be quick in her quest to overcome the labyrinth’s puzzles. So it’s the perfect time for Shantae to get her slowest ability yet!

Shake that Shantae! SHAKE! I mean, what?