You got Yakuza in my anime! [Fist of the North Star: Lost Paradise] 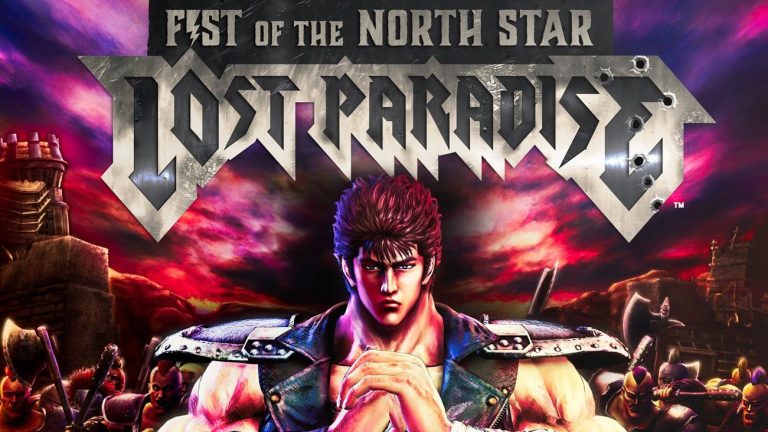 The world is in turmoil. The last major nuclear war has turned the world into a barren wasteland. Biker gangs run rampant across the landscape terrorizing the defenseless, led by ruthless warlords. Food, water, and gasoline are all at a premium. One man treks across the wasteland. A man who was happy before the disaster, and now a man searching for salvation. His name is Max Kenshiro.

Fist of the North Star: Lost Paradise is a pretty good game made by Ryu Ga Gotoku Studios, the same folks responsible for all the Yakuza games. It follows the story of Kenshiro, protagonist of the anime Fist of the North Star, as he searches the wasteland for his fiancee Yuria. His search takes him to a city in the desert named Eden where, naturally, not is all as it seems to be. As far as MY STORY CANON, the only real timeline is that the game takes place after Kenshiro’s second fight with Shin. We’ll still run into a few of his classic enemies, as well as some new faces. In the meanwhile, we’ll be punching enemies, making them explode, and making great use of the various secret techniques of Hokuto Shinken.

It runs on the Yakuza 0/Kiwami engine, and bears a lot of resemblance in how the game handles your free time and activities. The wasteland is filled with opportunities such as baseball practice, bartending, racing, and a hostess minigame that doesn’t make me cringe and is faster paced than the Yakuza 0 Cabaret Club Czar. I’m also generally a fan of the coliseum since you gain the ability to re-fight the big battles.

The game starts out with a bang but is at its weakest during large group fights and the opening chapters. It does shine during the one on one fights, and if you’re willing to sit through the slow opening pace of the story, I quite enjoy it. This was my first Yakuza series game, and I’m excited to share it. My plan is to complete the main story and all side stories, though I won’t finish the game’s “completion list” since that way lies insanity. I’ve already got my platinum trophy for this game, no need to show off. I may dip into my completed file since I can show off all the destiny talismans and fights and whatnot from there, but we’ll see when we get there. I’ll probably also riff on some North Star nonsense since it’s been a property I’ve admired from afar for a while. There’s a chance I’ll say something wrong about the story. If I do, please correct me! I would actually enjoy hearing about the insanity in this universe! But as far as story spoilers for this game, please do not. It’s not real in-depth but c’mon.

3: Breaking In and Out of Eden/Polsy
Recommended supplemental viewing: Kenshiro is a master of stealth, Nobody saw that coming

4: Kenshiro the Gladiator/Polsy
Recommended supplemental viewing: How have I not linked the theme song?, Nanto Bakusatsu Ken!

10: An Eye for an I-Beam/Polsy
Recommended supplemental viewing: Mighty Kenshiro has not struck out, Two men suplexing through a wall why not

13: What Color Is Your Blood?/Polsy
Recommended supplemental viewing: The graceful Nanto style, A man with seven scars?, A MAN WITH SEVEN SCARS?
B1: The Language of Cocktails/Polsy

14: The Shoulder Killer/Polsy
Recommended supplemental viewing: Good Guy Toki, A Strong Lad, The last time Kenshiro was in a bar
B2: Love at the Rusty Nail/Polsy

15: Are You Not Entertained?/Polsy
Recommended supplemental viewing: Exploding Five Finger Strike!, The Lone Wolf, These kids are mine now
B3: Jagre’s Tab/Polsy

It’s also interesting how they’ve diverged from the plot of the anime. I have mixed feelings about Yuria’s “death,” so honestly I’m fine with them not even pretending that she’s fridged.

You ever played FoTNS: Ken’s Rage (Or watched the LP of it)? Is this supposed to be a pre/sequel or reboot or what of that game?

Also Blondie/whatever-his-name-is is very…flamboyant , isn’t he? Just look at those shoulder pads! What is this, the 80s!?

I haven’t played or seen anything from Ken’s Rage but I’m pretty sure Lost Paradise is its own game/story. I think most of the games are generally re-tellings of the same basic story, though if I remember right Ken’s Rage is more of a Musou game?

Shin is quite flamboyant. Fun fact, the pattern that Kenshiro punches into Shin’s chest is the same emblem that is on Shin’s flag, a four pointed star.

Bad news for episode 2 and 3, unfortunately.

They’re boring. We have to spend some time in the cutscene zone getting everything set up. This episode will be solo, but I’ll post 3 and 4 together because I cannot justify a good hour of nothing happening in this cool game.

This episode covers a the barebones of a bartering system for finding crafting supplies, but otherwise not much happens. We’re not in Eden yet

Episode 3 is still setting up our story, but then episode 4 is mostly about kicking people in the face.

3: Breaking In and Out of Eden/Polsy
Recommended supplemental viewing: Kenshiro is a master of stealth, Nobody saw that coming

4: Kenshiro the Gladiator/Polsy
Recommended supplemental viewing: How have I not linked the theme song?, Nanato Bakusatsu Ken!

Man, I dipped out of this game a couple hours in but I was coming right off of finishing Kiwami 2. I just couldn’t bring myself to tackle another Yakuza game at the time, but watching this makes me want to go back and give it another go. Great job so far! 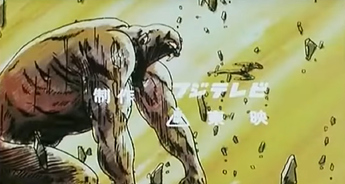 Kenshiro finally did it. He kicked a very large man. Years later and the anime’s intro makes sense. Or maybe he did kick a man that large at some point in the series and I forgot about it.

About time someone pointed out that it’s kinda fucked up to blow up people’s heads. Jagre will probably be evil in the long run, but for now at least I enjoy him and his disdain for martial arts. I need his reaction to every style.

You know, I actually like Jagre. He’s probably gonna be 'sploded because he’s not an ally of Kenshiro, but he’s also not a ‘bad guy’ in the traditional video game sense. He seems a maybe a little bit too trigger-happy, but that may just be because Kenshiro is a Very Dangerous Man due to being a Martial Artist. Jagre even listens to his henchmen! Instead of the usual “You dare to question my orders! You die!!!” that games usually do.

Kenshiro finally did it. He kicked a very large man. Years later and the anime’s intro makes sense.

Apparently Devil Rebirth turned up at the end of the first arc, when Kenshiro is fighting Jackal. (the dynamite guy)

Jagre is a cool guy, and my friend, and I hope he doesn’t die.

Jagre is my spirit animal.

Today I remember how to do the crossbow counter, and we see some dudes get a bolt to the noggin.

So I definitely misread Jagre’s character a little, and I’m glad the character who mistrusts Kenshiro immediately isn’t a bad guy. But that does firmly place him in Rei/Shu/Toki/Fudou archetype. I hope he survives but I know this series well enough to know that the partner character of the season doesn’t have good odds.

Someone posted this video in the SA thread and it’s really interesting because it puts Fist of the North Star in its historical and artistic context. https://www.youtube.com/watch?v=wIh85_bCudk

So apparently the X in Xsana’s name is supposed to be the Greek letter ‘Chi,’ pronounced ‘Ki.’

I am continuously amazed at how good the English voices are, usually games of this genre go super over the top with the voice-acting to the point of ridiculousness. They’re still a bit of old style Kung-fu movie acting ala Bruce Lee, but in a good way.

Also X is the Ki sound in Greek/Latin. χρῑστός is Christ for example

The English dub is quite good in this game, which is why I don’t mind sticking with it at all. There are a few places it falls a bit flat like with the canned responses during no-dialogue scenes, but by and large it’s fantastic.

I’m getting some real good lore posts in the SA thread, and I intend to cross-post some good ones for those without access. I don’t claim to know too much about FotNS but luckily there are people who have watched all this mess and I love it.