You know what I love? Cartoons. Cartoons of all kinds. Shorts, miniseries, and horrible abominations that refuse to die. (coughsimpsonscoughcoughspongebob)

I think we’re in something of a cartoon renaissance here in the west, where the east has been pumping out classic cartoons constantly since forever, the west was kind of struggling in the early oughts.

Let’s not limit ourselves to just network shows as well, as I know there are plenty of talented cartoonist posting their stuff to youtube and other such sites.

And before you ask, we already have an anime thread.

I’ll start it off, if you want to see something on the list, write up a little paragraph about it and I’ll stick it here.

God I never get over how fucking excellent Steven Universe is. The way the show expertly blends action and story as a means to in-depthly explore every possible type of relationship, from close, healthy ones, to abusive ones, to honest-to-god courtly love is just… ‘kisses fingers’.

Also it’s not on anymore because it already had its series fanale but if you ever get a chance to watch Gravity Falls; do so. It’s good.

I thought there was a huge dip in quality between season 1 and 2 of Gravity falls, so I heald off on watching that for a while, but yeah it’s still super good all the way through. I think it was mostly because I really disliked the big bad character they introduced for it. It was similar with Paradot in SU for me, though I’ve been keeping up with that one. The last couple of episodes were incredible.

The last Western cartoons I was really big on were Archer and Regular Show. Archer is pretty much the maximum amount of ironic cynicism I can handle (I bounced off Bojack Horseman BADLY). I also liked Gumball, but haven’t watched it too much.

Before that I was really into MegasXLR and Samurai Jack “back in the day”.

I’ve been watching the second season of Voltron and I like it, it’s not amazing but it’s a good mech cartoon.

Also I like the little references here and there: 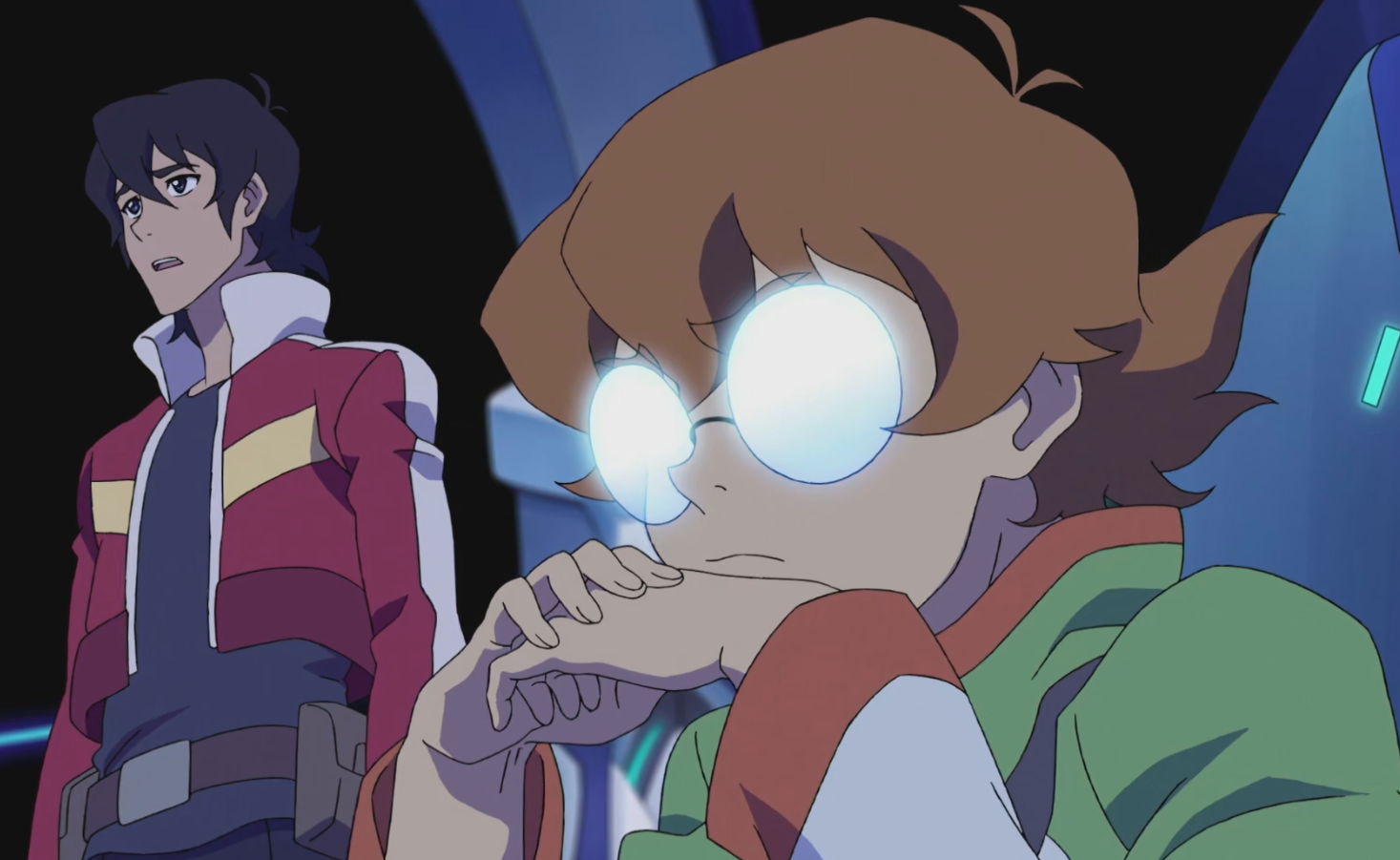 First off, I want to say that I am a huge, huge fan of Steven Universe. Of all the things I had in my mind for my avatar on the forum, at least a third of them are SU related. That aside, it really is a great show, and has some of the best character writing I’ve seen in a long time.

Since most of the current cartoons I enjoy have already been mentioned, I’d like to bring up Hey Arnold, one of the OG slice-of-life shows and one of the best cartoons ever to come out of Nickelodeon’s stable. And remember, the Jungle Movie is coming out this year!

A couple of my friends introduced me to Rick and Morty over Christmas and I binged it last week and damn do I love that show. Even just listening to the two main characters talk is usually enough to make me laugh–the way Justin Roiland voices them is hilarious. Everyone else talks like a normal sitcom character and then those two just stammer and trail off and ramble and it’s great. I’ve already watched “Total Rickall” like five times and the montage of Rick’s nonsensical catchphrases still makes me crack up.

And you can tell Dan Harmon is involved because every now and again the show grows a heart and has emotions. “Rixty Minutes” and “The Wedding Squanchers,” especially, made me feel warm and sad things while watching an offensive and anarchic cartoon and that was surprising.

Okay, there are, I think, two large omissions from this list:

Gravity Falls: This two-season series is over now, but it is absolutely worth checking out. It combines a Lost-style mystery (that is completely solved! Satisfying payoff!) with hilarious, layered gags and an earnest exploration of the relationships between the characters.

The Amazing World of Gumball: An absolutely amazing gag/slapstick show that combines 2D and 3D animation to great effect. It uses every tool in an animator’s toolkit with a heavy dose of self-awareness to produce some of the best visual comedy of all time. It also features several nods to video game and internet culture in a way that doesn’t feel hamfisted.

Unpopular opinion time! I tried watching Steven Universe, but stopped after mere minutes because I couldn’t stand Steven’s voice. And given he’s the title character, I figured that was a deal breaker.

Rick and Morty, Gravity Falls and Archer are all totally my bag, baby.

Unpopular opinion time! I tried watching Steven Universe, but stopped after mere minutes because I couldn’t stand Steven’s voice. And given he’s the title character, I figured that was a deal breaker.

That’s a sentiment I’ve seen from a bunch of people, honestly. His voice does get deeper over time, and I really do think it’s worth powering through, but you do you.

I always liked Phineas and Ferb, I thought the songs were great. Plus it broke the Disney curse. I’m enjoying Milo Murphy’s Law as well.

The one I can’t get into is Adventure Time. The pilot never grabbed me properly, but even continuing to watch the first two seasons it just wasn’t there for me, and it feels like every time I bring this up I’m told that it gets good later and later into the series.

I really like the world and mystery plot of Gravity Falls, though I found it hard to go back to after it was pointed out to me how many of Mabel plots in episodes focus on her having a crush on a boy and that being the source of problems that she’s admonished for, and how many Dipper plots involve him obsessing over Wendy in a way that’s largely framed as fine, aside from the episode where he gets yelled at for trying to break her up with Robbie and be the rebound guy.

But anyway, let’s get into the OP the show everybody cares about that’s finally coming back: Samurai Jack. With over a decade of increased skill and experience and animation techinques/technology I super can’t wait to see what Genndy does for this final season. He’s already mentioned that the addition of blood won’t just be superfluous, so he likely hasn’t lost any of the care he had for the series back in the day.

And while we’re talking about Genndy Tartakovsky: Sym-Bionic Titan is the best show that nobody watched.

Steven Universe…I don’t know, I watched two dozen or so episodes and I just can’t get into it. It always felt like the show was focusing on the wrong person the whole time, with everything actually interesting happening off screen. I get it is supposed to be more of a character piece about Steven growing up and he seems like a decent character, but man I just don’t care.

Also, are there any Netflix cartoons that don’t suck? Some are kind of passable, but are just aimed at too young of a demographic for me to get into.

Voltron ain’t bad. Done by most of the Avatar crew.

Does a real good job having a balanced amount of action scenes between using Voltron, the individual mechs and on foot stuff. Like the team knows when they need to switch out of Voltron mode and stuff.

Bojacks got a slow first season but it’s amazing once it hits season 2 & 3.

Sym-Bionic Titan was my shit and I miss it every damn day.

One of my go-tos that honestly also makes me miserable (starting with the somewhat infamous finale/Christmas episode of the first season) is Moral Orel. It’s rough in the first season, has a laundry list of trigger warnings, and often is 2edgy4u, but if you can get past that, it tells some really compelling stories and if you like your cartoons to relate to you by bringing your bad feelings to the surface and maybe even make you cry, then this is the stop motion animated cartoon for you.

God damn Moral Orel is so good. I might add that to the list if I have time.