This one weird trick, discovered by a mom, adds a fresh new spin on Grand Theft Auto: San Andreas 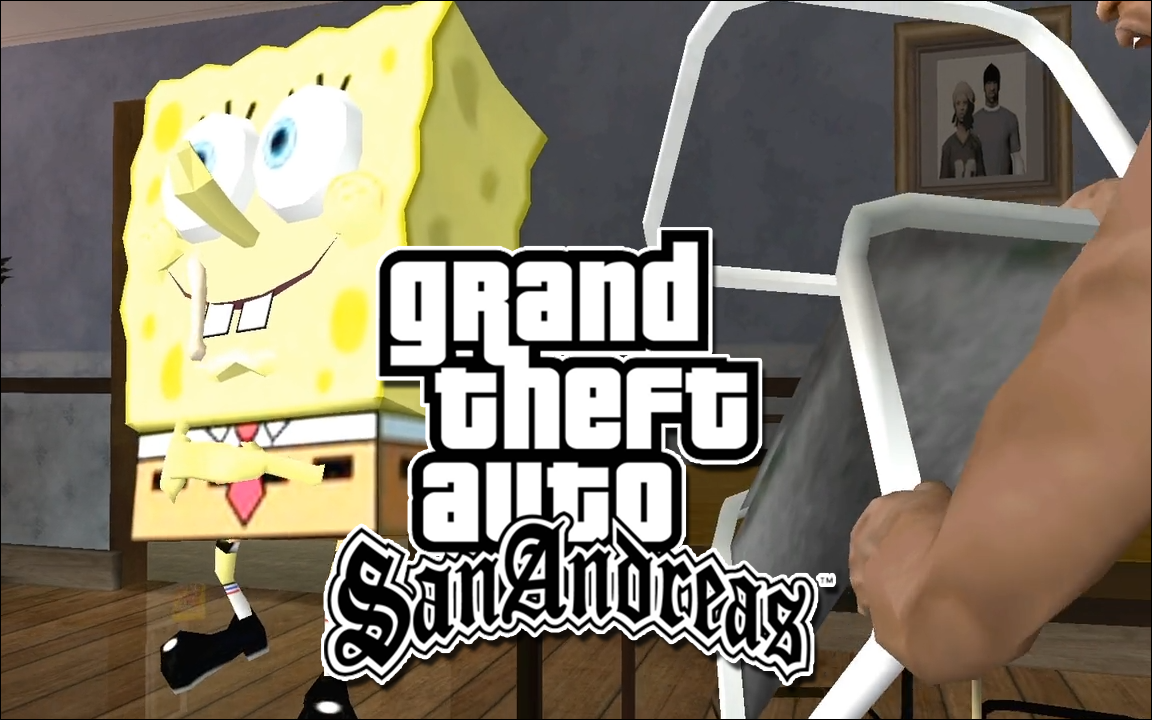 It is the best Grand Theft Auto game, which is why I have ruined it.

Longtime fans of The Programme may recognize some of the things in this video. Yes I did stream this in 2013 with the game modded to fuck like this. And yes I DID get a new hard drive and found Cutscene.img and GTA3.img lying around on the old one. And yes that old stream is mostly muted on Youtube now due to copyright flags. Plus I’m better at this now I think? That stream was kinda not the best quality work I’ve done. Anyway, enough about me. Follow me back to the year 2004 - the Playstation 2 rules supreme, and Ash Ketchum and Renamon are now CJ’s siblings.

Everything is fine and nothing is ruined.

We’re done! I’ll be taking a short LP break while we work on the podcast and also I don’t know what game I want to do next. In the meantime, Gamebun’s started Kingdom Hearts 2 and you can catch me there for now.

I post every update I do on twitter, it’s automated so I don’t have to accidentally forget!

Hot Behind the Scenes Action:
http://tindeck.com/listen/usduz

I do not trust this Let’s Play, I am not gonna get nightmares watching this. I am not blaming you, Mico, just me, that’s why you get my

You gotta max out your bike skill so you can jump yoshi over houses to escape.

Thank you for this precious gift of absurdism. I know what I’m gonna watch on my lunch break today.

I can’t believe this is the last thing I watched before my vacation starts.

Falco’s awful beak somehow managed to be the most bothersome thing in the video. Fox smoking came in second, though.

That being said, I’ve not seen much of this game before so I have no frame of reference to say that anything I just saw isn’t normally part of the game. Can’t wait for more of this perfectly normal playthrough.

I didn’t think that this game could get much better. Today I was proven wrong.

Big Smoke Sponge was already the best character in the game without being a no-clipping mess so I can’t wait to see him in the train chase.

SmokeBob continues to make every scene exponentially better through his mere presence.

I wonder if CJ And Pals will be able to keep it simple and finally clean up the corrupt police department in time to save San Andreas before the light goes out on Grove Street for good.

The shitty nontextured cowboy hat is going to bother me for some reason.

This LP is made of magic and Good Ideas and I deeply appreciate its existence. Especially the fact that Spongebob’s arms seem to fold out of the eldritch hell dimension that is his hollow body.

So, are vacuums alive?

Don’t mind me, just making sure this moment is preserved for future generations.

Hey if any of you actually use my hit website https://micolithe.us to watch my videos please let me know if anything seems broken. I just migrated to a new webhost and I THINK I migrated joomla correctly but who knows maybe I missed something.

I never really noticed Fox’s outfit until you guys pointed it out. Digging around, I found that the outfit is from the wildly popular Gamecube title; Star Fox Assault. You wanna know the kicker though? Fox doesn’t wear that outfit in Assault either. I don’t know how or why you have a fox in wolf’s clothing, but you do, and he is. Guess McCloud is more of a busta than we thought.