This LP brought to you by Zombrex™: Let's Play Dead Rising 2! 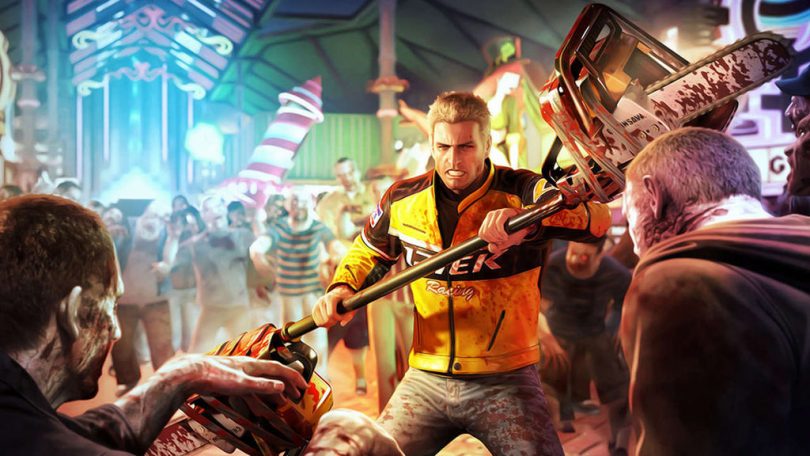 Dead Rising 2, originally released in 2010, is the world’s premiere Zombie-Murdering-Angry-Dad-Mallrat simulator. Chuck Greene is accused of starting a zombie outbreak, possibly because upon making it to the safehouse he broke out and murdered three people, but mostly because someone’s trying to frame him. Chuck has three days to clear his name and scavenge for Zombrex to keep his daughter from becoming more zombie-ey.

I’m joined as always by Grace on our quest to help our daughter while looking like the world’s biggest jackass. Grace hasn’t seen the game before, I on the other hand have played a significant amount. We’re doing a ‘casual 100%’ run in that I PLAN on completing every mission, but this game gets REAL douchey about unmarked missions late in the game, and I’m not scrapping any progress if I miss something dumb!

I’m also not even remotely pretending to play fair. We’re rolling up on psychopaths with full on platoons of survivors with guns. We’re going for maximum goofiness.

Eat your heart out NieR.

Eat your heart out NieR.

Like that can be too but you don’t even give your daughter a [redacted] in NieR. So Chuck wins out by a small margin.

As much as I love Nier and Chuck, I gotta give the Best Dad award to Asura. That dude exterminated every god that existed to save his daughter.

Wow!!! How can I forget about Asura? Geez… That’s no joke there’s gotta be more Dad-Action games going on.

Dad-Action games certainly are preferable to Action games that just have a character who happens to be a dad.

Dad-Action games certainly are preferable to Action games that just have a character who happens to be a dad.

Oh for sure… Someone can just be a dad in a game but Dad-Action games are very particular.

Its all about just how Dad the dad is within the game.

A somewhat embarassing trend you may notice is that I’m pretty damn good at time management, leading to moments where I’m actually hours ahead of where I should be. If I ever start popping between loading screens, it’s usually because of this. Worry not though! Grace makes sure to call me out on it EVERY SINGLE TIME THANKS BABE

Also in this episode: Grace throws shade at a dead fat man for being both dead and fat, as I work out the complications involved with adopting a pet

Taming Snowflake was always really janky. I guess they didn’t improve that in the remaster.

I had no idea we could give our Daughter a tiger. But really. I can’t imagine a safer guardian for our daughter in a zombie apocalypse.

If only there was some way to give Snowball the LMG.

This episode ends with a twist! As in even Grace and I didn’t see THAT happening

Boss fights are a lot easier when you bring a literal firing squad with you! 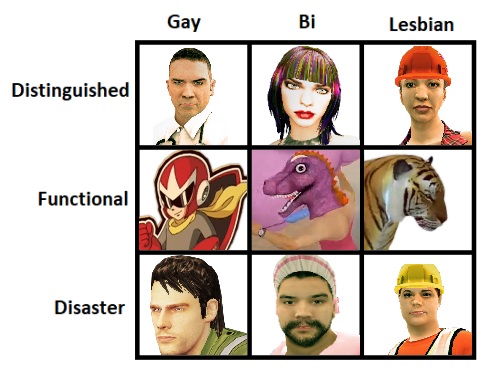 If you have free time you should check out our LP of Zone of the Enders, it’s one of my favourite LP of ours but nobody watched it since Chip and Ironicus’ way better LP came out just before it

Newark sucked way less this time around but it’s still our personal hell.

Also we did something about TK robbing casinos but mainly Slappy’s dead forever.

He might not be the toughest boss, but Randy is definitely one of the grosser ones

We don’t get to record very often, so as a result a lot of our recording sessions wind up hitting that 2am drunk and exhausted “we’re idiots” mark. Needless to say, we’ve arrived.