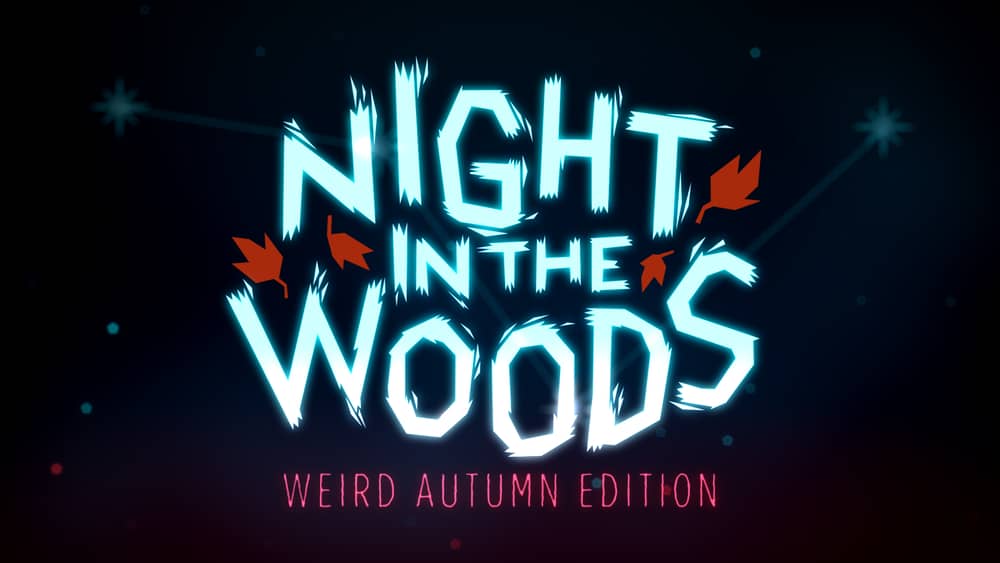 Hi. No you’re not imagining it - I did LP Night in the Woods already, which if you didn’t know you should go watch that one first. Since this was my clear Game of the Year for 2017 and a brand new content patch just dropped, called NITW Weird Autumn edition that adds a whole buncha extra stuff, we’re going back for more. I can’t get enough!

I can’t bring in the regular squad for round two because that would just be mean, so instead I have HT, a furry boy I have known for a long time, joining me. This playthrough will mostly be going through the motions again and being on the lookout for the new additions, and will probably be pretty spoiler heavy in the commentary. If you care about that, go watch the original first or better yet go play the videogame yourself.

GO PLAY THIS GAME! It was already great the first time Mico LP’d it, and now it’s even better! Twice as much vore!

Also, false: I do not take thirty minutes in the bathroom, I take much longer than that.

hey hi hello there is some new content to enjoy

Night in the Woods is a fantastic game and I love my good good friends who as playing as a sad cat I’m sometimes often a jerk to them.

Pretty sure the movie they were referencing was David Cronenberg’s Crash.

About Megadeth, Dave Mustaine is a conservative born-again Christian who believes in InfoWars conspiracy theories (he was even interviewed by Alex Jones).

He once claimed, on-stage in Singapore, that Obama orchestrated the Aurora, Colorado and Wisconsin Sikh Temple shootings.