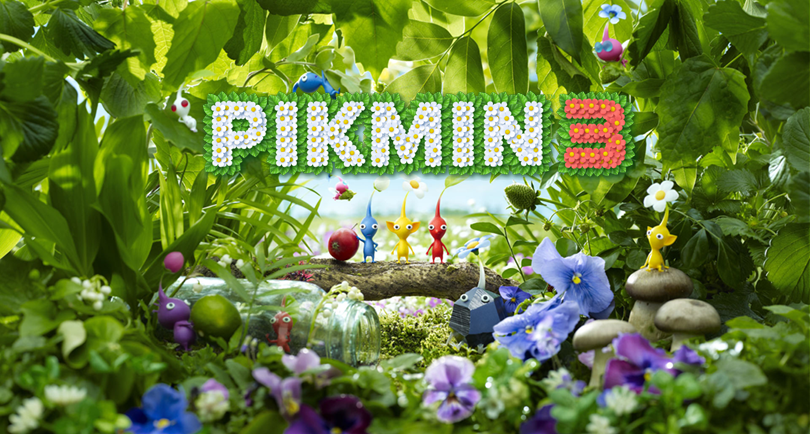 Mugiwara Yoshi takes the reigns again after several years for an LP we’ve wanted to do for even longer!

The game
Pikmin 3 brings the modestly-successful, genre-bending series to the not-very-successful, dead-in-the-water Wii U. The game makes use of the Wii U’s tablet for multiple new gameplay functions, including allowing you to see everything across the whole map, having different teams of Pikmin operate independently, and have your characters interact like actual characters for once and not just take orders from their ship. We also get two new Pikmin in place of the Purples and Whites: Rock Pikmin, which can be thrown around to break glass and resist piercing or crushing attacks, and Winged Pikmin, which are able to fly in the face of the developers’ intentions.
The game finds a middle ground in the level of peril between the first two games. Where Pikmin had you recover your ship parts in a strict 30 day time limit, and 2 had you collect treasure with no limit at all, 3 requires you to gather fruits to survive which extend the time you have. Because there is only overground and no long underground caves again, this does mean the game won’t take very long at all - 15 in-game days max.
A sometimes challenging, if not particularly long, game with a bit of a learning curve, Pikmin 3 is at least worth the time we waited between its release and 2’s.

The story is such:
You are Alph, Brittany and Charlie from the planet Koppai - scientists who are sent to the Pikmin planet to gather fruit seeds to bring back home and save the starving population. Having reliably crashed their ship like Pikmin protagonists are supposed to, they only have three days of food reserves left and must gather more fruits to juice. Discovering the Pikmin and how to utilize them on their own, they set out to gather as many fruits as they can to save their planet and themselves from starving. Along the way, they discover that some previous visitors may not have left yet…

The LP:
Yoshi will be gathering all of the fruits and upgrades, as well as occasionally including alternate takes to show off tricks or sequence breaks. The expected length of the LP is 14-16 days. He won’t be so intent on keeping all of his Pikmin alive this time around, because goddamn, let a guy ease back into LPing.
I (ThornBrain) have also played and beaten the game, so I too will have relevant info to provide, but I’ll more likely handle the quipping job. 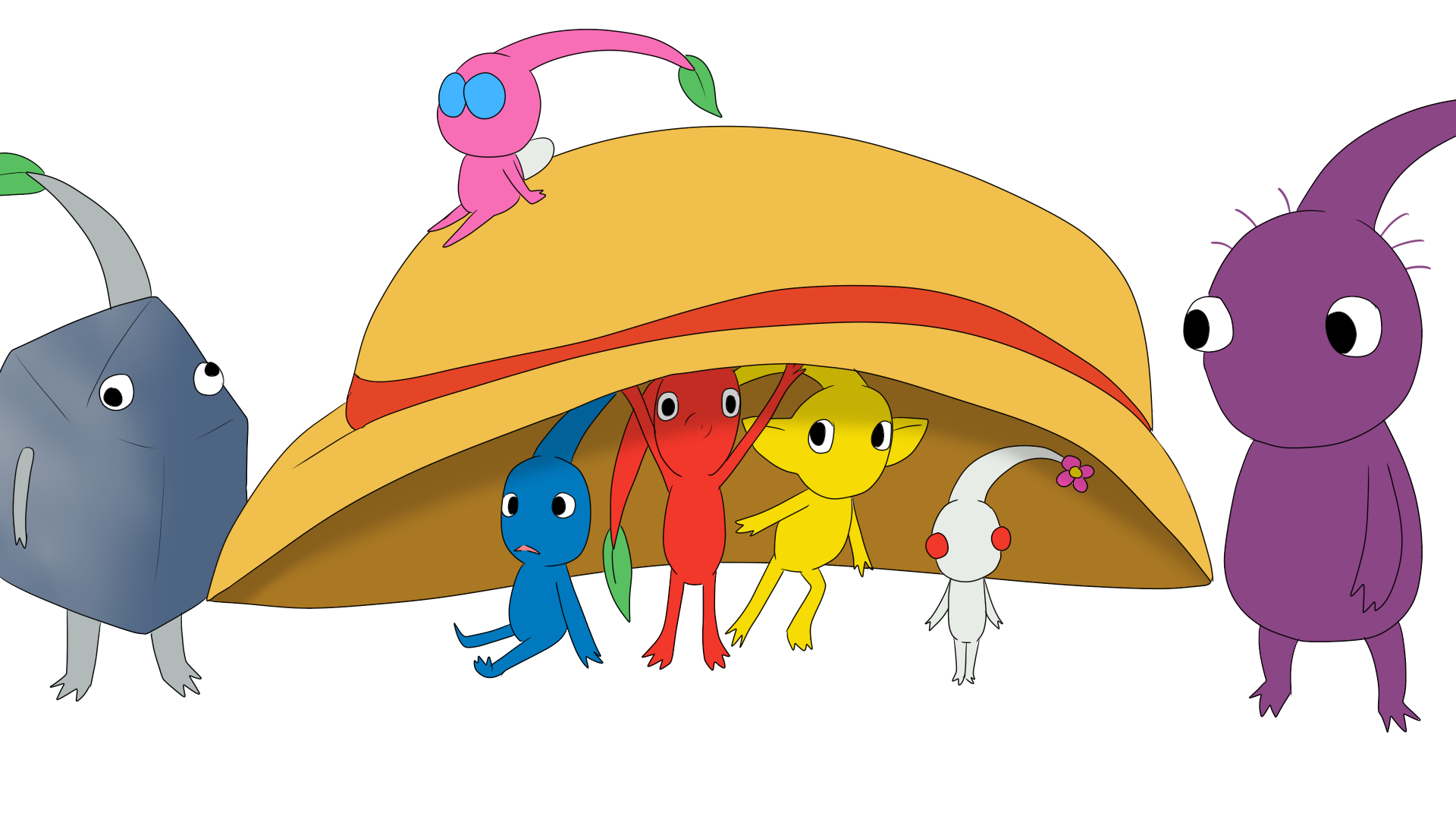 Hopefully you can show how to beat the bosses without all the pikmin dying. Never could do it without losing over half my squad. Maybe I’m just bad at the game.

I also like that the time limit is extremely lenient. The first Pikmin game had me stressed out with the thirty day time limit to do everything.

We all need a friend we can throw through windows.

Crashing at the start? Sure, par for the course. Crashing again? You need to go home.

Reposting due to the site crash

Our favorite new Pikmin and our favorite old loser, discovered together!

It was at this point of the game, when I witnessed the crew mistaking Louie for Olimar that I said, “Oh no.”

Sing us a song, you’re the saliva harp

We left Louie behind last time, so let’s pick him and a few other things up before we move on.

I wonder if Louie will be our new frie- well shit.

The Garden of Hope has ways to make you feel hopeless.

As I mention at the end of the video, Pikmin 3 will be taking a short break to instead do the Six Day Challenge for the first Pikmin. Tomorrow is our channel’s 9th anniversary, and the first LP Yoshi and I did just the two of us was Pikmin on an old LP channel shortly before we started TheStrawhatNO, so we’re revisiting it to celebrate. We’re holding a livestream on TSN’s YouTube streaming page to look back on some of our oldest videos; if some parts of Pikmin are ready, then we’ll be commentating them live; and I’ll be replaying some of Bomberman Hero, which I did for TSN’s first official LP (excludes the others before that were canned or were completely lost due to BlipTV going under). I’ll post here when the stream starts, which should be 3PM Pacific, 6PM Eastern.

Pikmin may get posted to its own thread, but it should only take a max of 3 weeks’ worth of updates since it will be uploaded the same days, so Pikmin 3 will be back in early May.

We didn’t get to commentate Pikmin due to having so much to talk about and old videos to watch, but it was still 7 hours of a great time.

We did get a lovely piece of Pikmin fanart from BrennaOkazaki though!

Update on Pikmin 1: due to Forest of Hope being a nightmare to try to complete in one day (Yoshi’s done dozens of attempts over several days and no dice), he’s sadly dropping the 6 day challenge and aiming more for 7 days. It’ll still be speedy, just with some extra breathing room, and at least the rest of the game will go much smoother for him. Gonna aim for Day 1 to go up on Friday, or failing that next Tuesday.

Putting this LP on hold for a bit while Yoshi and I do Pikmin 1, which has its own thread now. Yoshi finally settled on doing it under 10 days.

It’s been a long month, but we’re back in business for some cleanup! First is the majority of the remaining fruits in Tropical Wilds, and Tuesday will be all the fruits left in the whole game before we conclude the LP next Friday.

That’s a weird total of fruit. Though it does mean you have a max of 99 days to complete the game.

At last, we’ve found Olimar! Unfortunately, so has that thing.

Thank you all for watching! As of posting this, Yoshi is in the middle of moving states. We might start Star Fox Adventures next week with the same upload schedule, but depending on how things are for him, we might also wait a week. You’ll all know next Tuesday.