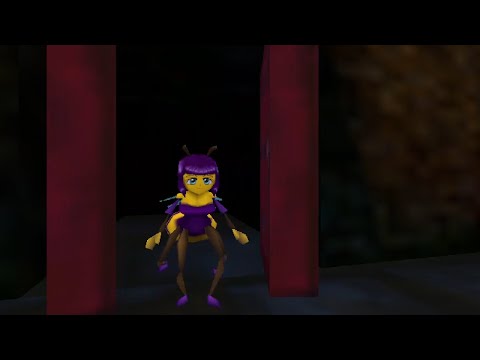 Here’s the Spectral Mall, but this session I had the post-drunk sleepies and this is a rather long demo, so today the only game we play is:

Beeknighted, by MicrotonalMatt: During a troll hunt, a beehive winds up as collateral in the beast’s struggle. Now, a bee must make her way from her broken home and out of the pit trap she’s wound up in. But she’s certainly not the first bug in the area, and plenty of very aggressive insects already call the underground home. Since this is a lo-fi adventure game, she’ll be platforming her way through tunnels and discovering items to overcome obstacles. Just… mind the stealth in this build. Ants are very perceptive. 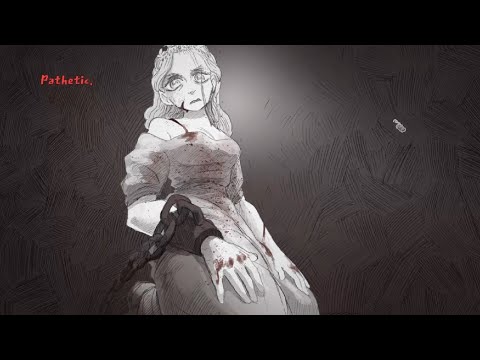 It’s the demo for Slay the Princess, by Black Tabby Games! How hard could it be to slay a princess? Well, considering she’s supposed to end the world, it might actually be pretty tough to do, even if you want to kill her. 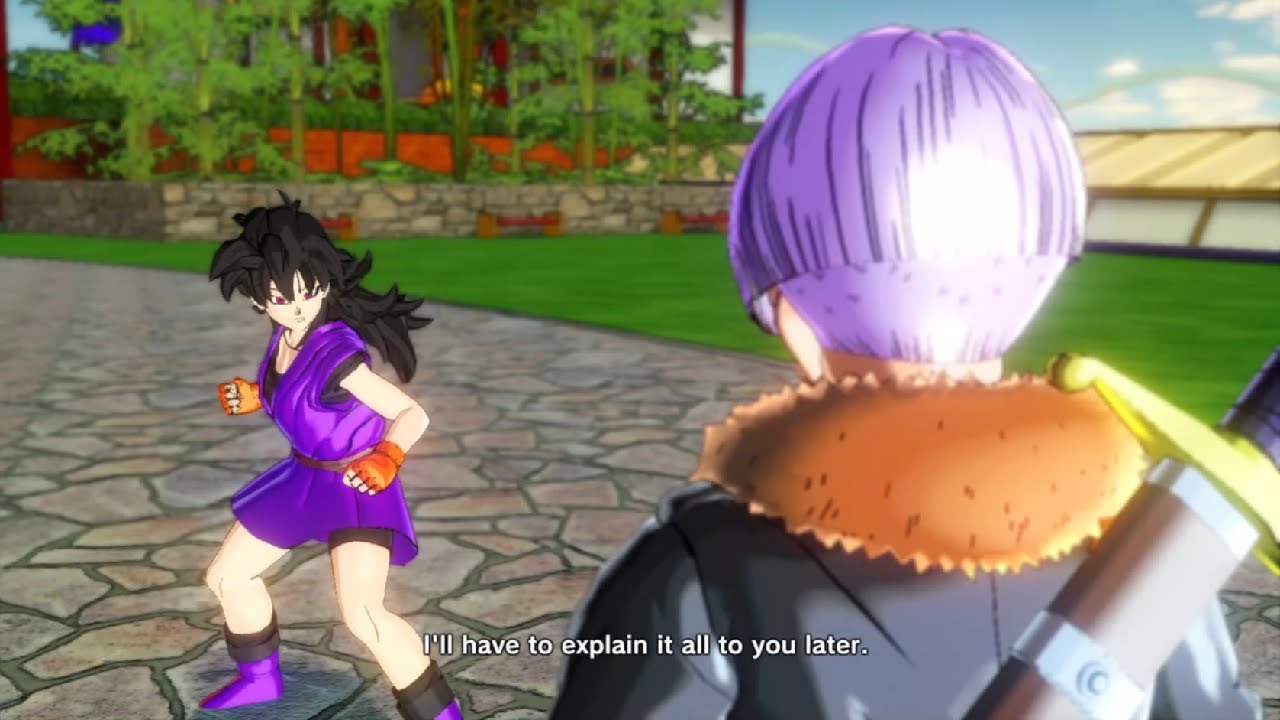 Things have gotten pretty bad in the time stream! Somebody has been making changes across time, empowering the villains fought by the Z Fighters over the years. If left unfixed, the timeline will be in terrible danger! Thankfully, local time travel expert Trunks Briefs is on the case! And by “on the case,” I mean he’s decided to use the Dragon Ball to summon a warrior to help the group he’s a part of. Enter Yora, who will be our local punch gal, fighting to prevent overpowered villains from destroying space-time. 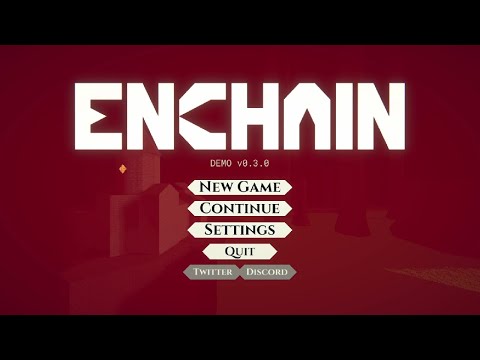 Enchain, by mattlawr: Welcome to Enchain! You have a lantern, and everything that can move is probably trying to kill you. Don’t worry, though, because that lantern has quite a few uses. Whether it’s for swinging from wooden blocks, to beating down opponents, to healing, it’s quite the incredible tool! Oh, I guess you have a gun to, or whatever. But did you know your lantern can turn corpses into bullets?! Is there anything it can’t do? 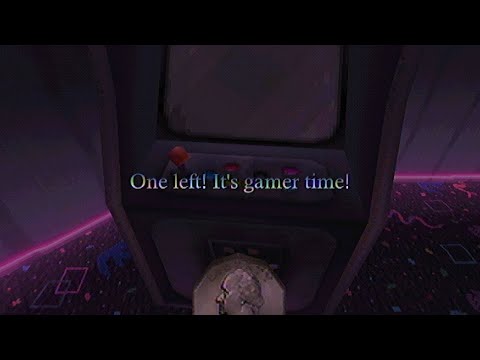 Arcade Woah!!!, by Vladimere Lhore: Oh dear, it seems you’ve wound up in Hell! The good news is, you’re in a cool arcade for cool people, and the pizza is cheap. The bad news is that your soul is behind the prize counter, so you’ll need to be half-decent at these games if you want to escape eternal torment. Also, like half the games are somehow broken, so get good at Asteroids if you wanna make progress.

Fear the Spotlight, by Cozy Gamer Pals: Your friend Amy has disappeared into the burnt-down section of the school. And of course, you were just about to give her a letter to show her your feelings. Even worse, this ol’ condemned bit of building is far more dangerous than you might assume (and I wouldn’t put much stock into the structural integrity of a building that burned down.) Something else is in the building, and you’ll know what it is when you see it. It’ll also know when it sees you, because it has a spotlight for a head and its gaze is blinding.

Miracle Bug and the Electric Limbo, by Autumn Rain: Oh dear, Bug is in purgatory. Perhaps you can help them ascend? It won’t do them much good to meander here.

Not because there’s a spotlight-headed man here too. It’s just nice to not be lost. 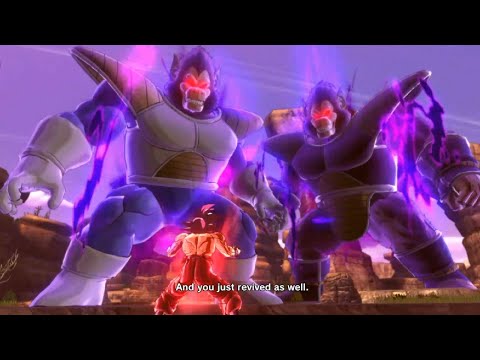 Oh no, every one of his race can become a giant gorilla! 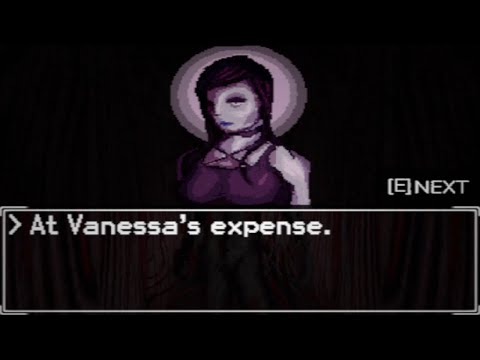 I’m not sure how effective this therapy is. I think I feel more existential dread now.

They Speak From the Abyss, by Nikki Kalpa: Vanessa has been having strange dreams of a mysterious woman who claims to be her protector. Now her reality is even stranger, as she’s found herself in the Abyss surrounded by demons who are only barely holding back their contempt. Word of an upcoming baptism can’t be a positive note to her day either, whatever it may entail.

Perlin Festival, by Talon Zane: Welcome to The Noise. Everything makes sense here, so take your time exploring!

Mothered: A Role-Playing Horror Game, by Enigma Sudio: Liana has just been discharged from the hospital, and is being taken home to recover. But something’s wrong… is your mother supposed to look like this? Why isn’t your brother speaking to you? Why’s the barn on fire? Who blocked off the orchard? Didn’t this game come out already? Why? Ah well, better ingest our favorite nutrients and get on with it, no reason to dwell on things when we have to be with Mother. 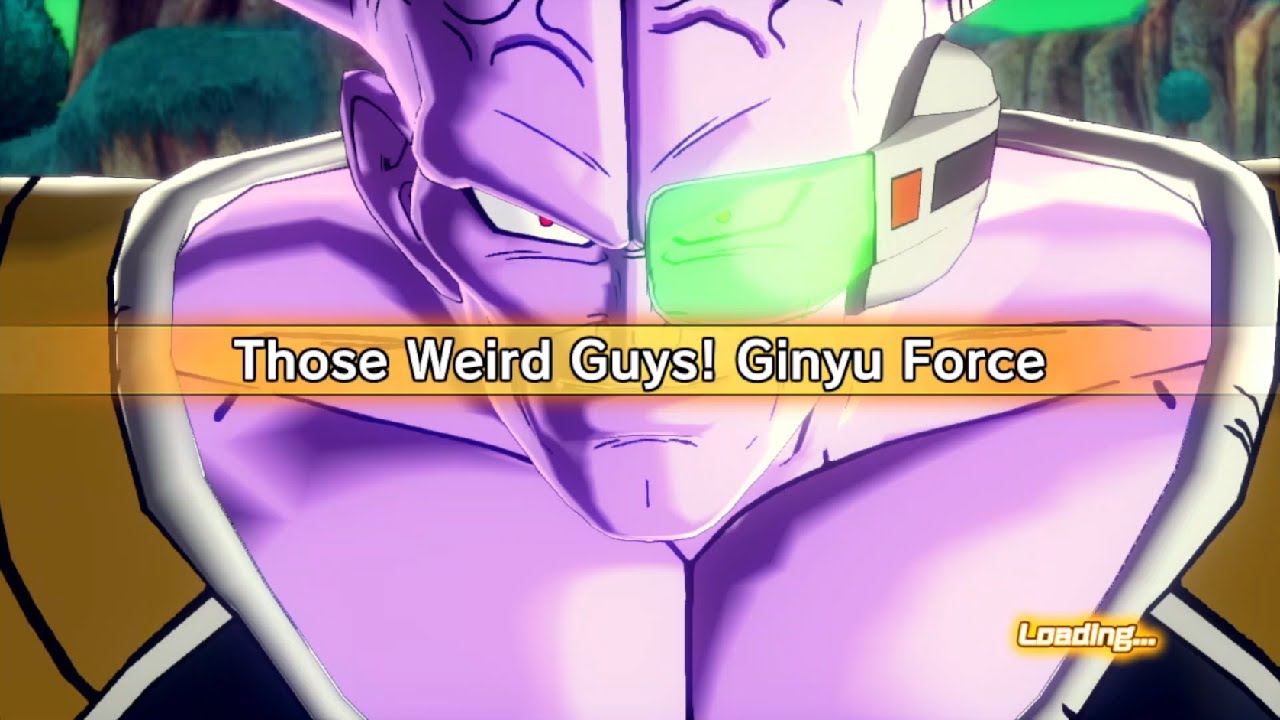 Our mission to repair time brings us to Namek, where the Ginyu Force has managed to pull a win. If Yora doesn’t intervene, Ginyu’s body-switching trick will prove too strong to overcome. So, best take him down before he can take someone’s body… if that’s even possible. 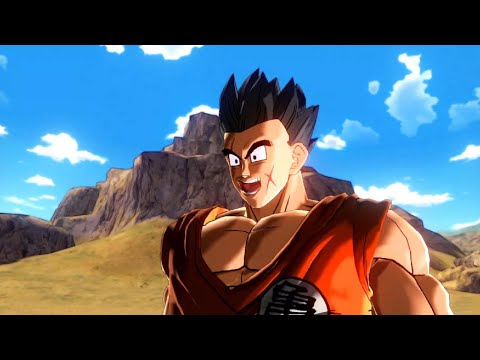 Tonight, it’s time we cover some optional missions. Including the last few Yamcha missions! As it turns out, Yamcha can actually be pretty tough when he puts his mind to it. Not that tough, but he got a few wins in there. 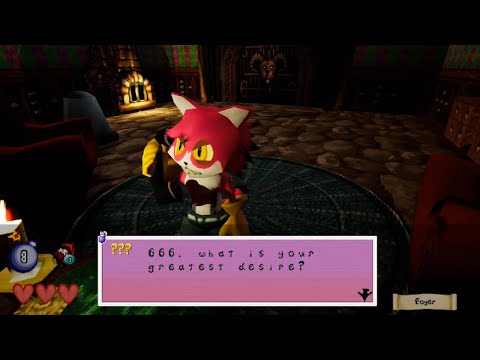 We return to the demos that were too scared of OBS to run well. This set includes:

10 Dead Doves, by Duonix Studios: We find two men in search of something called the “Ant Farm” for mysterious reasons. Their search has brought them to the mountains, where something seems amiss. And when they run out of gas, things go from “amiss” to “dangerous.”

Blast Cats, by Blast Cats Dev: C.C. and Pops arrive at a mysterious mansion for a job. But when Pops vanishes while checking out the property, it’s up to C.C. to find him. And as a demolition worker, she’s more than prepared to break her way through hordes of the undead. And if you’re familiar with the platonic ideal of a PS1 platformer, you know what to expect from her journey, (said in a positive manner.)

Northstar Courier, by Ben Drury: You have a delivery job at a ghost town! It’s about as chill as you’d expect, but probably about as haunted as well. Also, just as a warning, you’re going to have a weird dream in a few days. And when I say weird, I mean very weird. 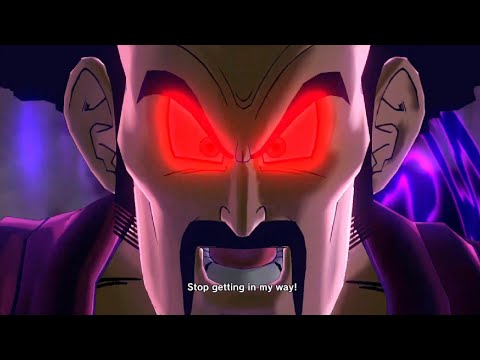 Today on Xenoverse, we finish the Namek saga and the Cell saga! Which means we go from fighting Frieza to… Mr. Satan? Are we… sure about that? 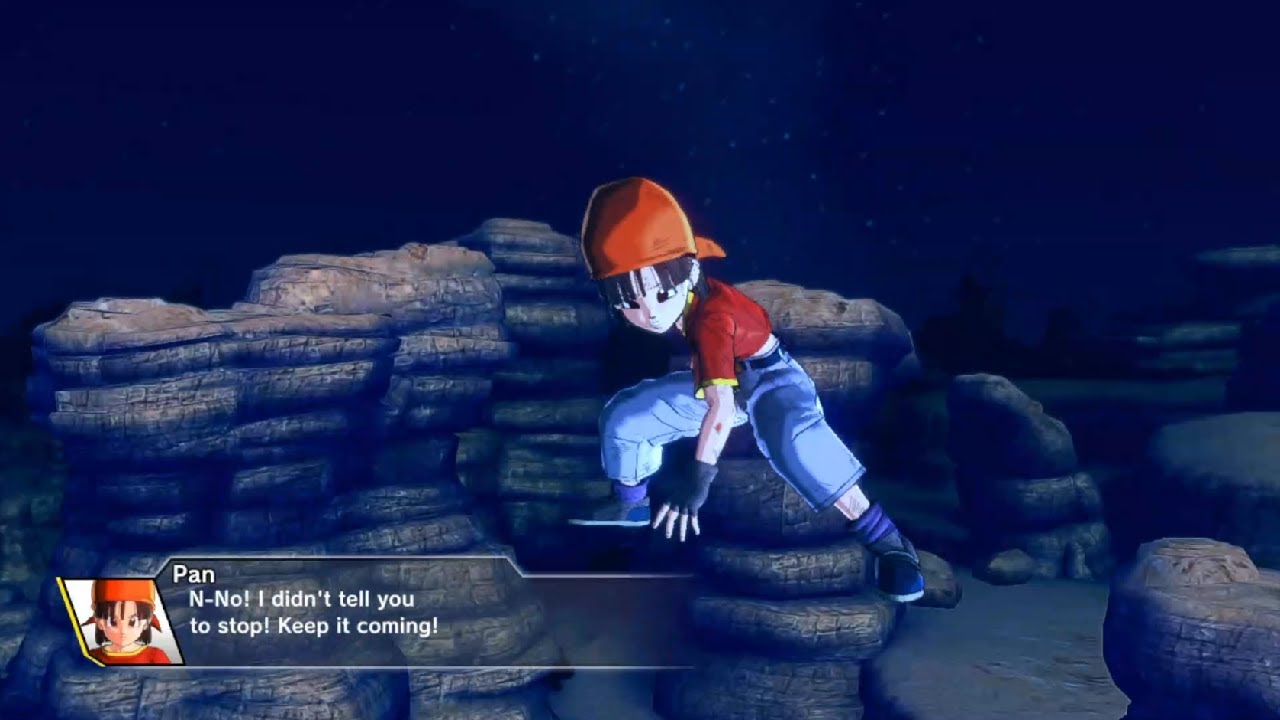 Well, we got through Cell Saga. But things are starting to get tough, so we’re gonna need to do some training!

… What do you mean the training is also getting hard? You mean I gotta put in effort? 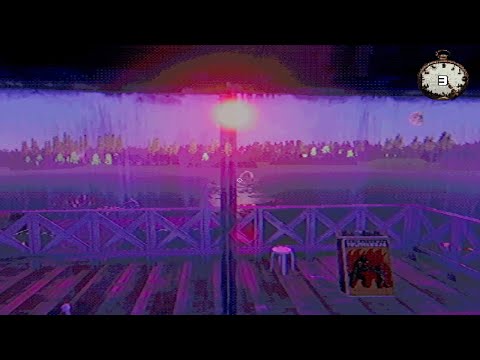 And so, we reach the end of the Haunted PS1 Demo Disc. And the last presentations are… strange.

BÅÅBÖSÅÅNGJÅÅR, by ZIK: Your family has invited you to Christmas dinner, and for once you’ve gotten there early. So while there’s time to kill, you start watching the old videotapes you made some time ago. Now, if you ask me, “What actually happened to you in the events that were recorded?” I will have no answer because, quite frankly, I don’t think I entirely understand what’s happening in reality.

Sauna 2000, by Moya Horror: What if you wanted to get a sauna started and relax for a bit, but you accidentally grew too tall to leave the room you just entered? If you think this is a problem that couldn’t possibly happen to anyone, well do I have a surprise for you! 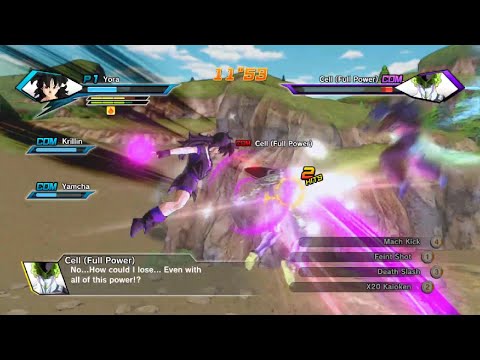 On today’s exciting episode of Dragon Ball Xenoverse, we do a whole lotta Cell-based sidequests. Whether it’s fighting in his place or beating him up, Cell has his fingers in just about every pie we’re looking this time around. 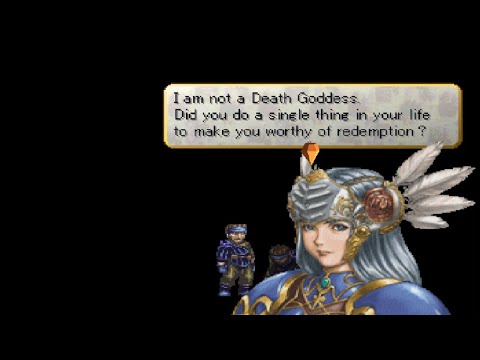 Valkyrie Profile returns! This stream features the end of the dungeon I started months ago and features the single worst person on the entire planet! 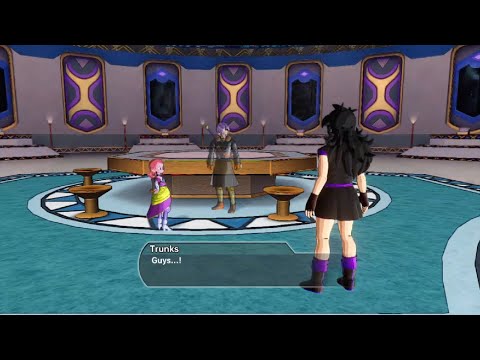 Cell has been defeated, but that doesn’t mean the Cell Saga is over just yet! It seems that when Towa said she was busy, she meant “busy getting Trunks erased from time.” Now, it falls to Yora to save Trunks in his past, or he’s not going to exist in this future. 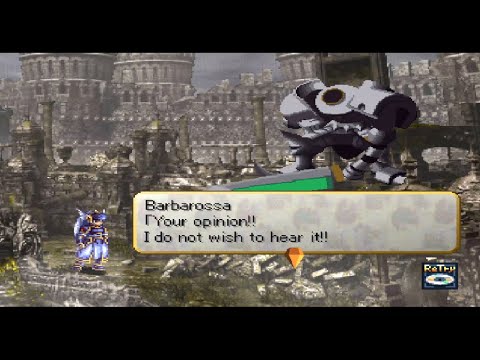 With a goodbye to Lucian, we move on to Chapter 6! Valkyrie meets a few new faces, and one is eager enough to show up twice! But as deadly an encounter as that is, there may be more to that person’s circumstances…