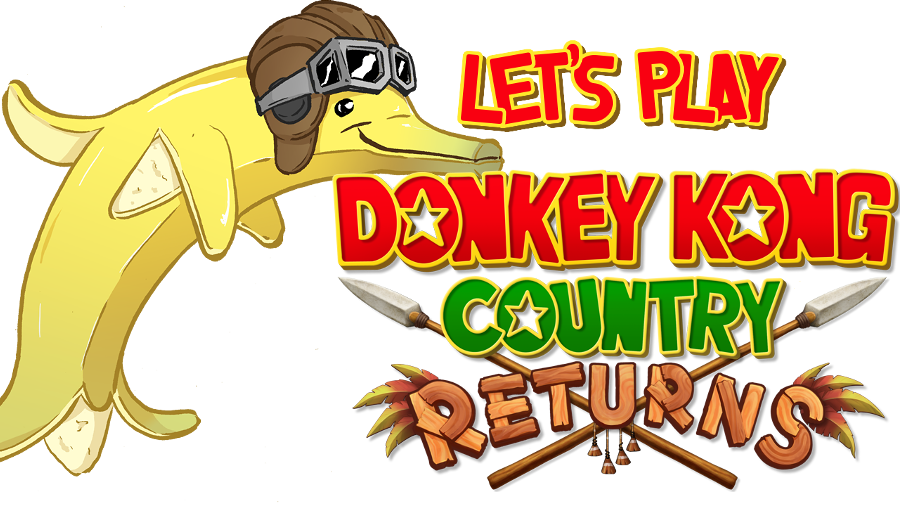 Thanks to my sister for the banner art!

Donkey Kong has been one of the most recognizable video game characters since his inception as the titular character in the 1981 arcade game Donkey Kong. He was a large cartoony gorilla, something that drew attention to the cabinet. He was an icon, one of the early symbols of the medium. The only problem was that Donkey Kong was such a large and detailed character, at the time it was impossible to make a game where you could play as him. His rival Mario had moved on to greener pastures, but ol’ DK was stuck in the past. There was a ten year drought of games featuring the big ape, until 1994 when Donkey Kong’s arcade debut was remade for Game Boy and later that year Donkey Kong was given a starring role and his own Country to boot!

British developer Rareware was given the reigns for the arcade golden boy and they managed to produce 3 of the most successful games for the Super Nintendo with the Donkey Kong Country trilogy. The games were praised for their cutting edge graphics and soundtracks; as well as introducing an entire new cast to the Donkey Kong universe. Rare was made the goto team for Donkey Kong games up until the Gamecube era when they were bought by Microsoft. Donkey Kong still appeared in games, and even had a few of his own such as Jungle Beat and King of Swing, but fans clambered for a new “true” Donkey Kong game.

Retro Studios is a studio based in Texas. Even as a relatively inexperienced team they did what Nintendo themselves had no idea how to do and brought Metroid back, and in 3D. They seemed like miracle workers, nearly single handedly turning Samus Aran into one of gaming biggest icons after years of silence from the series. They seemed like the perfect team to resurrect the 800-pound gorilla in the room for a second time. (I think they did a pretty good job)

I’m TheJayOfSpade and Donkey Kong Country Returns (and its sequel Tropical Freeze) are two of my favorite platformers. I’ll be playing through the first game solo and getting 100% (this means collecting everything in all the levels, no time trials). Joining me on commentary are notorious monkey lovers ChorpSaway and FutureFriend. 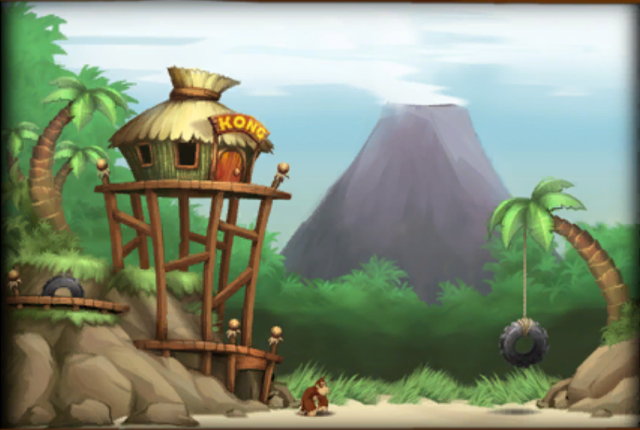 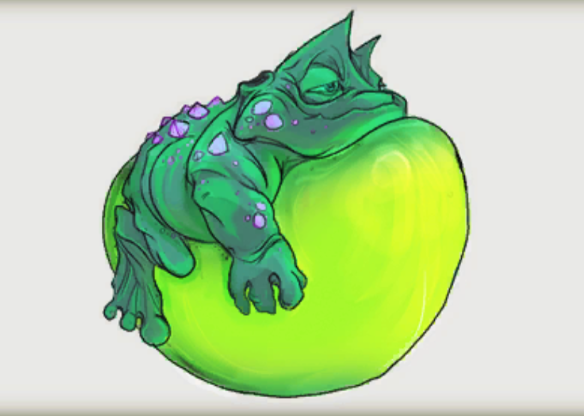 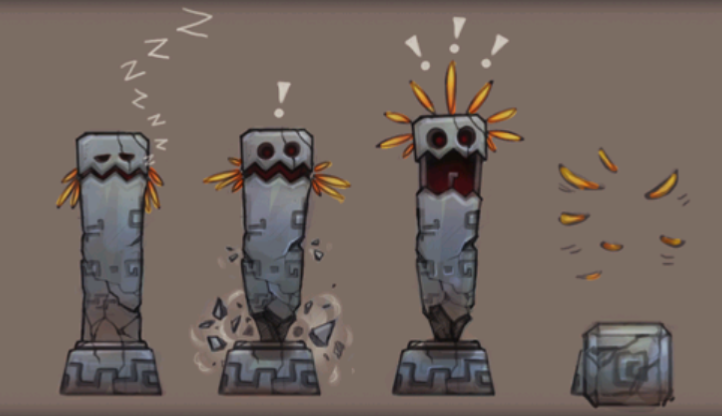 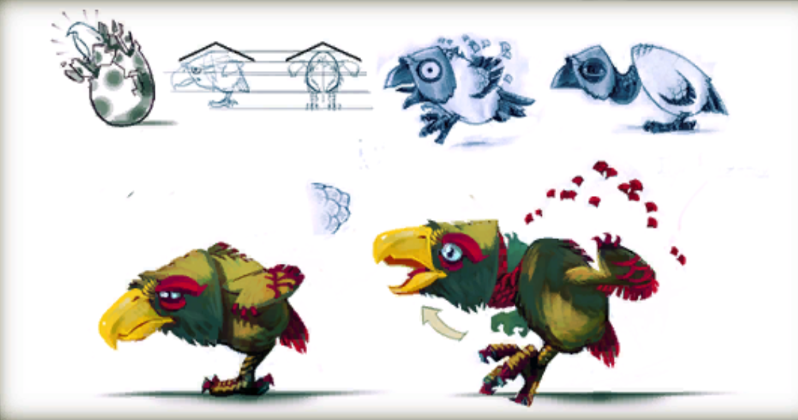 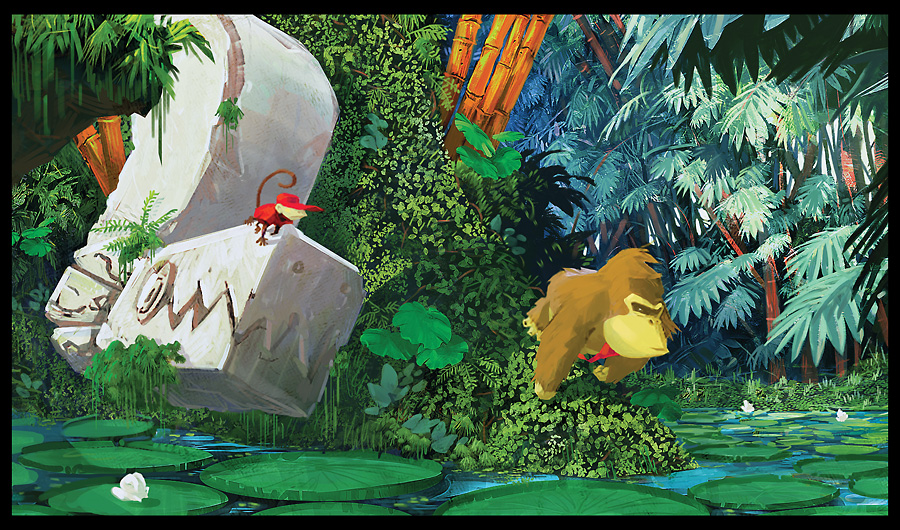 Sure what’s one more long LP to follow to increase the backlog of stuff I need to watch.

But yeah no I love this game. As someone who has Bad Opinions and really dislikes basically every original Donkey Kong Country games, Returns was a really pleasant surprise for me when I first played it. It’ll be fun to see if it holds up, as well as finally getting to look at all those special bonus things you’ll probably go for.

EDIT: Huh I suppose I’m not in bad company, then.

Huh I suppose I’m not in bad company, then.

I have no strong feelings about Donkey Kong Country myself, I only played the first one on a GBA. I hope there’ll be more revisionist discussions.

In the movie of your life, after you ask “I know what you’re thinking, how did I get here?” it’ll cut to you playing DKC on your GBC.

It’s the end of the movie, instead of a gunshot and fade to black.

Put on your beach tie, cause Donkey Kong is back!

Are you ready to see some ancient statues, strange waterways, and… more pirates?

Right I knew I forgot to do something. Meant to respond to the second video. I really do like that tidal wave level, even if it is finicky.

I’m not sure I saw the secret, I was too distracted by that american flag tie. Also I kinda get what people mean when they say bosses in Returns and Tropical Freeze are too long, but that doesn’t really seem like that bad a thing?

I do hope you post more of that concept art, it’s really cool.

Well that was fun, though it does feel like a bit too many mine cart levels. Nice trick on the boss, didn’t realize you could do that!

A level appears in this video that you didn’t go to. What is that, exactly? Or is that something we’ll see more on later?

Those are the Temple levels. They unlock if you collect all the KONG letters in all the levels of the world. They’re extra challenging levels, so I’ll be playing them all in the bonus video after I beat the game.

Be careful of those flaming Tikis, only you can prevent forest fires!

I appreciate you Jay. I think this is the world where I stopped really being able to get all the stuff on every stage, so it’s cool seeing someone get it all in one fell swoop.

Also I was waiting so long for the response to the horrible wave of spiders. It was worth it.

Yeah, this level gets really tricky with the puzzle piece placement, it’s probably the area I had to use Squawks the most during practice

Look at all that fossil- Oh, hi Cranky!

I think of all the worlds, this one is my favorite aesthetically? I’m not sure, it feels like it is at any rate.

What they should of done, if they were going to have to reuse a boss here, is make it be the first Thugly’s skeleton. Then it’d be on theme, at least.

I mean that sort of happens in the first New Super Mario Bros, where the first boss you fight is Bowser and then near the end of the game you fight his skeleton.