Quit Your Jibber Jabber and Get Back in the Water! Let's Play Aquaria (again)! 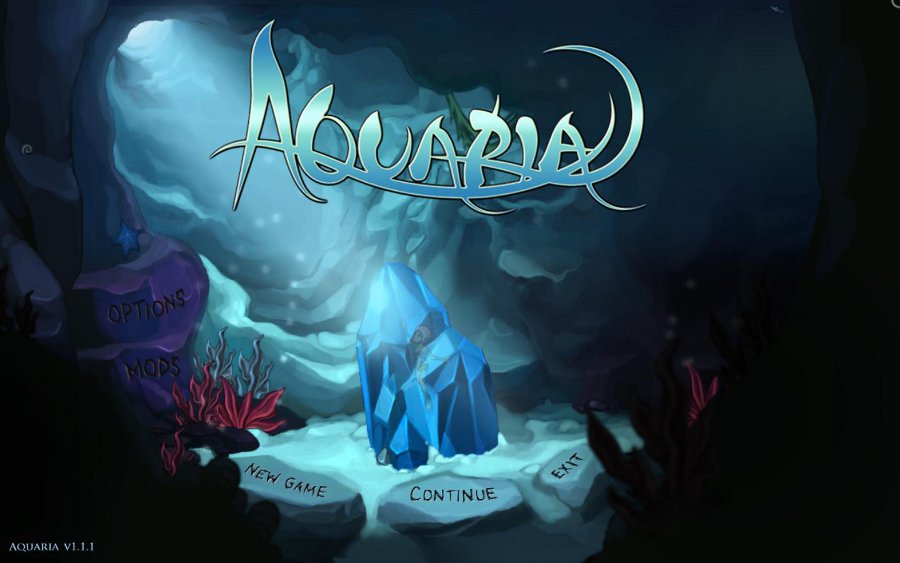 What is this?
Aquaria was released by indie developer Bit Blot in 2007. The game is 2D, nonlinear, exploration, underwater action adventure that is hard to define in terms of genre. The way I explain it to people is “Think Metroid and Cave Story underwater.”
The main character is Naija, a fish girl who wakes up one day and realizes that she is alone. This leads to her going out on an adventure to discover h-

Hey, wait a minute, you already LPed this game!
Er…Well, yes, I did. Just a few days over seven years ago, to be exact. And while there isn’t anything particularly bad about the first LP I did of Aquaria, I feel like I could have done a lot better. Which is what I’m doing now.

So how is this any different from the first LP?
Well, I’m still going to be getting 100% of all the things, and I’m going to have subtitled commentary to go with it. But, I’m also going to be doing a version of the videos with my good friend and fellow student of game studies Gibbyjones, where we talk about various things related to the game. We’ll try and be informative about the design of this indie gem, but I’m going to make sure both the subtitles and voice commentary are spoiler free.

And this thread will be spoiler free as well! I know this game is ten years old at this point, but Gibbloki hasn’t played it all the way through, and I’m not going to spoil it for him or anyone else.

There is an awful lot of audio clicking in the intro and I can’t tell if it’s intentional but it is real heckin’ distracting. Almost like the audio is clipping because it’s too loud? It’s not in Part 1 but…eh. I haven’t seen this game at all so I’m interested???

Yeah, for some reason, the intro is real weird when I record it. I don’t know if it’s my computer, or if it’s just like that. I’ll try redoing it when I get the chance.

Your original LP of this convinced me to get this game. Good to see it again.

For some reason I got a really big Ecco the Dolphin vibe from the surface section, even as short as it was.

Just as a head’s up, today’s episode may be delayed. I may have done something to anger the ocean, as I might lose power if Harvey gets any closer. I’m not in any immediate danger, thankfully.

Sorry for the continued delays, Part 14 will hopefully be ready tomorrow. Between the hurricane and classes starting up again, it’s been a bit difficult to schedule commentary sessions, so I hope you all will be patient as I pull things together.