Peel Out for What - Let's Play Sonic CD

… No the song, not the cartoon. 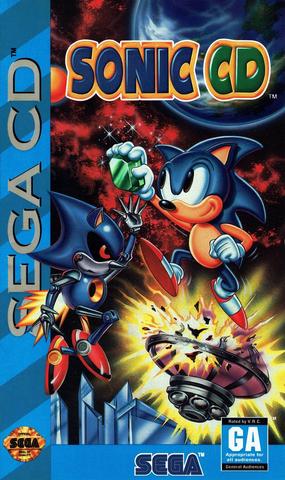 The Little Planet has appeared over Mobius, and you know what that means: Dr. Robotnik has decided to use it for his next world domination scheme. But that’s not all: the Little Planet is home to the Time Stones, which are powerful gems that can control time itself. With Robotnik planning to steal the stones and mechanize the planet, it’s up to Sonic to travel across the Little Planet and save the day!

Amy Rose is also there.

And that’s Sonic CD! It plays a lot like Sonic 1, but with a twist: in each level are a number of posts that allow Sonic to travel through time. He starts each level in the present, but he can go to the past or the future. Going to the future too soon could be a mistake, though, as he could wind up in a timeline where Robotnik has successfully destroyed the environment in the given area. To prevent that, Sonic can go to the past and destroy a robot generator, which will stop Robotnik’s industrialization of that region. Or he could collect all seven Time Stones located in special stages, and get a guaranteed good future for the rest of the game.

Of the series’ classic 2D platformers, Sonic CD stands out the most. If you’ve ever wondered why, it’s because after the first game released, development was split between two branches. While both branches’ work was supposed to come together, it didn’t. Sonic the Hedgehog 2 released in 1992, while CD released in ’93. Sonic CD itself is somewhat of a cult classic; despite the fact that Sonic 2 was clearly favored, this game still has a decent following.

This is a fairly casual run of Sonic CD. I’ll be running though a zone round each video, and getting the Time Stones as soon as possible. As such I’ll only be going for the robot generators that are required up until the Time Stones are collected. But don’t worry, every bad future WILL appear once, since I’ll be covering the alternate versions of each Act Zone 3. In addition, I’ll also be linking to the game’s music, mainly because the game’s soundtrack actually differs between the Japanese and US versions. And because even if I’m going to be playing the Japanese version, you should probably listen to those tracks on their own anyway. They’re really good.

Sonic’s off to the Little Planet, and his first stop is Palmtree Panic. With a bright tileset and an upbeat music track, it’s hard not to appreciate the 'ol green first stage. Unless you’re Robotnik, in which case there’s nowhere near enough robots wandering the wilderness. There’s no time like the present, (or past or future,) so Sonic’s gotta get to work collecting the Time Stones and smashing generators. 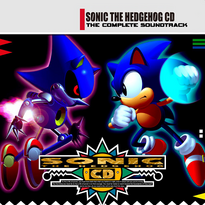 I had never heard the US tracks before. I thought the JP/EU soundtrack already sounded very, very distinct from the other Sonic games and now it feels as if I couldn’t have been more wrong.

Yeah, the US soundtrack was purposefully redone to have a different feel. It was also composed in about two months as well, for what that’s worth.

As it turns out, bumper stages are naturally occurring on Little Planet as well. And as it also turns out, Amy Rose wasn’t the only character introduced in this game, much to the former’s ire.

Labyrinth Zone 2: This time it’s not Labyrinth Zone 1.
That’s right, Little Planet has its own version of Labyrinth Zone. Sonic will have to fight through déjà vu and his own inability to swim if he wants to save this part of the planet.

I think the good future is meant to be a hydroponic garden? A recurring theme in this game’s environmental storytelling is that technology isn’t inherently bad; Eggman/Robotnik just uses it in thoughtless, selfish ways. In the bad futures he’s been left unopposed and run the planet ragged doing whatever it is he actually does when he takes over; in the good futures the people (that obviously live here because who else is building all this shit) have developed sustainable technology that cooperates with the environment, allowing for a comfortable modern lifestyle without having to give up things like plants.

I think in many ways it’s a better environmental message than most such pieces offer. It makes fewer unreasonable (emphasis on unreasonable) demands of the viewer and their lifestyle, and, it means no one’s sitting here telling you that the moral thing is to sleep out in the rain (camping is bullshit).

Quartz Quadrant. It checks notes certainly does exist. More importantly, though, Sonic only has one more Time Stone to collect. With it, we can completely ignore the time travel gimmick for the rest of the game.

Quartz Quadrant - Present (US) just sounds like Crush 40 found a Past signpost of their own and collided with Chris Vrenna on arrival.

In general, it seems like the US tracks were based on entirely on the levels’ names alone, rather than their aesthetic or pacing.

Is there not any Super Sonic in Sonic CD?

But… what about going fast???

In general, it seems like the US tracks were based on entirely on the levels’ names alone, rather than their aesthetic or pacing.

I’m not as down on the US soundtrack as I used to be, but I really prefer the energy of the JP version. Some of the instrumentation is pretty neat, (like the bad future of today’s zone,) but it’s weirdly subdued in ways that I don’t think fit a Sonic game most of the time.

Is there not any Super Sonic in Sonic CD?

But… what about going fast???

Alas, the Time Stones are only used to destroy specifically robot generators and nothing else. You don’t get, like, Chrono Sonic or something.

Wacky Workbench: the stage that’s less wacky, and more so unkind to those who rush. The floor is bouncy, so you’d best be patient while you platform if you don’t want to get bounced up to the high floor where forward progress is impossible. Wacky!

I’m surprised you managed to put down Three Houses long enough to post this update!

Still on my “US soundtrack doesn’t remotely fit the game” bullshit but with a much stronger feeling of “it deserved sooo much better” this time around. It’s so good and the level is so bad.

How does a game like Sonic have levels with only one very narrow path to progress with such a hefty punishment for any kind of mistake? And why the hell are those levels made exclusively out of ways to punish impatience in a game marketed exclusively on going fast?! Most masocore Mario romhacks let you run around more than Wacky Workbench does.

Like, I don’t expect to be holding right for an entire stage or anything, but Wacky Workbench doesn’t flow well at all. It’s also bad even if you need to explore for a robot generator. There just really aren’t any positives going for it.

Iconic music! An iconic boss! Level gimmicks with unclear visual indications! Welcome to Stardust Speedway, a level whose problem is less “style over substance” and “style and maybe too much incoherent substance.” At least the music’s cool.