Off to Hogwarts We Go - Let's Play Ni No Kuni: Wrath of the White Witch Ni no Kuni is a series of role-playing games developed by Level-5. Ni no Kuni: Wrath of the White Witch follows young Oliver, and his journey to another world to save his mother and stop the beckoning evil. Released in the West in 2013, the game uses the beautiful art style of Studio Ghibli, instantly capturing the attention of a wide range of audiences. It is an RPG that takes game mechanics from other games but also has it’s own new ones to explore. The battle system is fun, engaging, and drives away from turn base by having it’s own battle techniques. This game is better explained through playing then words so fuck trying to explain it, let’s just dive in and experience the game together.

This is my first let’s play (don’t judge me!) so let’s go over how this LP will work.

I’m going to try and 100% the game since there are plenty of side quests to complete and ‘items’ to collect. I really just want to re-experience this game with fresh eyes and show off it’s beauty to all of you. I’m not one to plan so this is a fly by the seat of my pants kind of lets play.

Spoilers: Please refrain from talking about anything we have not seen in videos, if you do wish to talk about something further in the game please put it behind spoiler tags. Thank you! =) 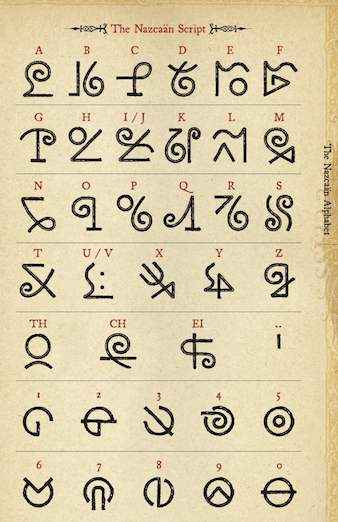 Time for an update!

We now have to find ourselves a spell book and a wand. That’s apparently all we need to go to a new world.

This is also the last video that Michael will be in.

Thank you for playing this! I always wanted to play this game, but I never had a PS3. I’m excited to see it in action!

Also, I can’t believe how pure and sweet Oliver’s mom was in the first video. Jumping into the water to save him is one thing, but to listen to Oliver’s friend say he’ll just build another car and not freak out about her son driving is just saintly.

I’m so excited! I just hope I can do the game justice. It is beautiful and the story was one of the selling points for me once I got into playing the game.

I believe Oliver’s mom is the kind of mom we all wish we could have. Someone sweet who listens to you and doesn’t judge you for the mistakes you make. She worries and will fret but understands you are going to get scraps and bruises.

I’m seeing a bit of the old, old Little Nemo influence in the town design and the Gateway.

It’s time for me to do this on my own and help the citizens of Ding Dong Dell by seeing a duck tree.

translates to “EPOHGNIRB”, or “EPOHGNJRB” since I and J are the same glyph.

I remember when I first got the game I would translate everything. It’s fun finding things like that and translating them. It would be cool if we could even type secret messages to each other with this code but that is a lot of work and not possible atm lol.

Seriously though, I love that the first thing Oliver’s familiar does is boop him on the head.[/spoiler]

I love Mito already, I want him to stick around forever.

The familiars give this game just enough character to really make it stand out as an RPG. It takes a lot of the good elements from other series and throws in some of the best character and monster design I’ve ever seen.

I’m seeing a bit of the old, old Little Nemo influence in the town design and the Gateway.

You’re absolutely right. I completely forgot about that movie and can really see it now. I just hope this doesn’t turn out to be a dream.

Mito is beautiful. He has been one of my favorite because of his intro. You know he will sass you.

We meet the guadian of the woods in this episode and he isn’t too happy to see us.

Ghibli furries are the best furries.

That was a really good story. I never got to read any of them. I feel bad for the squirrels though.

We’re off to see the King…Not.

There was nothing broken about that bird, it just wanted a hug!

Aww, I heard Teddy purr into the microphone!

Aww, I heard Teddy purr into the microphone!

He sometimes does that. I question whether he is dog or cat but from what I have been told he is a dog.