We’re going to play a little game that I just made up and I’m not even sure if it’s gonna work but we’re gonna try it anyway. The game is called, The Worst Advice and here’s how I hope it works: Someone posts an issue or problem that they need to solve and then everyone gives them the worst advice they can think of. The person who gives the best worst advice “wins” and gets to present the next issue for us all to give the worst advice for. We do this until it loses its novelty and we get tired of it (and thus the thread dies.) This is going to be a weekly thing. Every Thursday I will create a poll where we will all vote on who gave the worst advice. The poll closes on Friday wherein the winner will post their issue.

Simple rules:
-No shock answers. Things like: Start making meth, join a cult, open up the relationship and have a kid, and edgy but tasteful stuff is fine. But suggesting crude stuff that I don’t want to list examples of is not acceptable. This is a pretty chill forum though so I’m not sure listing this rule is even necessary but there it is.

Here is the issue we’re solving:
Argh! That awful fucking Vertical Horizon song is stuck in my head! How do I fix it?

Obviously the best thing you can do is KILL THEM ALL, then they can never sing that song again!

Listen to love ballads for the rest of the week, 24/7.
I’ll start you off:

If you purposefully induce long term memory loss, you’ll never remember hearing it so you can’t remember the song to get it stuck in your head. Problem = solved

Hair of the dog-the proper way to remove a song like this is to drown it out with a bunch of similar sounding songs. You need to drown yourself in milquetoast edgy wannabe music. Dig real deep into Papa Roach, Linkin Park, Disturbed and other alternative bands. But don’t stop there-dig deeper into the forgotten bands and the one hit wonders-the Trapts, the Alien Ant Farms, the Hoobastanks and Simple Plans. Obsessively listen to not just the hits, but the forgotten albums and filler tracks that nobody remembers or speaks of. At the end of your musical odyssey, alternative music should be a blur-a hazy mediocre blur of novices believing they are the first to discover the ‘harsh truths of the world,’ of men acting like they are the only people in the world who feel suffering and agony, the bellyaching of a thousand angry white boys blended into a monotonous drone-and you will have forgotten what exactly that Vertical Horizon song sounds like, lost in a sea of ten thousand other forgettable alternative songs.

That should do it.

Have you considered traveling back in time and assassinating the band?

Have you tried pulling it out?

This study from 2000 showed that damage to the middle cerebral artery of the brain has a definite effect on musical memory.
So here’s the rough location you’re aiming for. 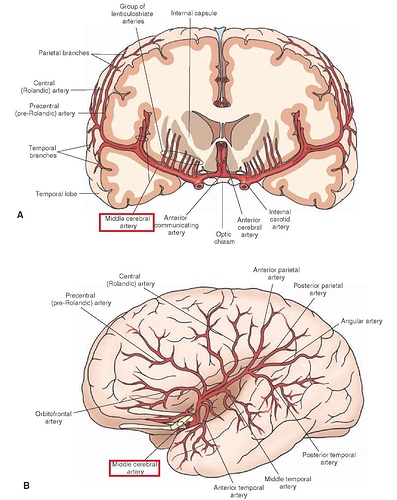 Brain self-surgery is entirely possible since the brain ironically has no nerve endings, so you won’t need anaesthesia. Just a strong stomach and the appropriate instruments (available on eBay). One potential issue however is that when you sever the artery you’ll immediately lose a great deal of strength and fine control in your arms. This will make completing the operation somewhat tricky. Consider asking a friend to help - though it’s important that you do this in advance, as you’ll also suffer severe language and speech impairment.

Pay somebody to lock you in a room, cuff you to a chair, and repeatedly force you to listen to the Crazy Bus theme for approximately 48 hours uninterrupted.

Listen to this whole playlist, that’ll fix it:

(The music videos themselves are uniquely awful too)

Make a music video using Vertical Horizon as the music. The subject of the music video? Event Horizon, but turned so that it’s vertically oriented.

By the time you’re finished editing you will either be honed to a razor sharp edge or broken into something souless, without thought.

Either way it’s a victory.

Listen to this whole playlist, that’ll fix it:

You could just uproot your entire life and move to Canada, where the video is not available.

Sounds like you’ve got it stuck in your head because of the resonance the lyrics have with your own life. It reminds you of of someone who said all the right things, at exactly the right time, who meant nothing to you, and you never knew why.

Track that someone down. Start a conversation. Schedule a lunch with them. Find out where they’ve gone with their life, and really open up about yours. Get out of the island and into the highway, past the places where you might have turned, and take those bends to see how life could have been.

SOMEEEEEEEBODY just needs to listen to a different song to get it out. I suggest Smash Mouth, a collection of Shreks and Guy Fieris who have such hits as “All Star”, “Walking in the Sun”, “All Star” and “All Star, as featured on the hit motion picture, Shrek”. All available for streaming or purchase on iTunes, Amazon or GET YOUR GAME ON, GO Google Play!

Slight offshoot of shibert’s advice, but…

Create an amazing new cover band and name it something coyly similar to the original name, like “Horizontal Verizon,” then cover said song.

Feel free to make yours sound exactly the same to theirs, or even download the music video then re-upload it, pretending it’s yours. No matter how different or similar your new song is from the original, it has the potential to replace the old one in the public consciousness, and therefore your own consciousness as well. Be careful not to get sued!!

Own up to the mistakes you made in life that lead you down the path that resulted in you hearing the song in the first place. Once you’ve accepted the failure you’ve become, you can hopefully move on with your life and no longer have to live with memories of your shameful past indiscretions.

I don’t know why I find this line in the description so funny:
“Try listening to this in a metal room”

Have you thought about moving to a country that blocked the song?

Claim someone else’s head as your own - one that doesn’t have that song stuck in it.