Marth Goes to War With His #1 Fan - Let's Play Fire Emblem: New Mystery of the Emblem

This is the story, all about how, Marth lost his kingdom for the second time in a row.

The Story
After the War of Shadows, continent of Archanea was in a state of turmoil. Each country quickly went to work in their own reparations. The country Archanea, (yes it shares the name of the continent don’t ask me why they did that,) found itself in need of a king to move forward. And so, Princess Nyna was wed to Duke Hardin, a just and honorable man from the plains of Aurelis. Under his leadership, Archanea recovered quickly, and Hardin became beloved by his people.

One year after the War of Shadows, the Hero-King Marth was busy in preparation for his coming marriage with the Princess of Talys, Caeda. But despite the age of peace, Marth needed to call for new soldiers. Hundreds of young wannabe knights flocked to Altea in hopes of joining the banner of the famed hero. One such person, from the Altean village of Sera, would soon find that rigorous training was not the only thing in store for them in their desire to become an Altean knight.

As for the game itself, despite being a remake, there are a number of features that would later be used in Awakening, including: a player-customized avatar, (dubbed My Unit in this game,) a casual mode in which characters defeated in battle do not die forever, and a… near return to support conversations after their missteps in Radiant Dawn and absence in Shadow Dragon. Reclassing also makes a return from Shadow Dragon, and works more or less the same as it did there. FE12 also makes some small improvements to some of Shadow Dragon’s mistakes. The color pallet improved slightly, and no longer do you have to spill the blood of the innocent in order to access the gaiden chapters.

In 2010, a translation project was started by Blazer, and eventually the project would grow to become the Heroes of Shadow team. The translation was finished in November of 2012, and at the time it was probably one of the highest-quality fan translations for a Japan-only Fire Emblem game, (I mean that wasn’t exactly a high bar, but I swear it’s a solid job.) The site for it is still up, and despite the numerous broken images the patch is still downloadable if you want to play the game yourself, (cough through perfectly legitimate means, I’m sure. We all have an extra copy of a game released only in Japan just lying around, right?)

The LP
This game is a sequel to Fire Emblem: Shadow Dragon. If you need a recap, I did an LP of it, (and a non commentary version if you’d prefer that.) You don’t need to watch it though; this game does a good enough job at recapping the important stuff from the first game, (by which I mean: Marth goes and fights a large dragon. That was the plot.)

I’ll be playing through the game on normal mode, and while I will be recruiting all the characters and beating every chapter, I won’t be getting 100% of the base conversations. I will run another character to show off some of the alternate dialogues and base conversations I don’t get in the main run, but other than that I’ll get what I get.

And I hope to god this LP doesn’t kill this laptop like both of the DS games have done to the laptop before it.

Spoilers
Please don’t spoil anything plot-wise in this game. Even if Fire Emblem Heroes spoiled basically the entirety of the Prologue first. If any of the other games in the series happen to come up, keep any major details in spoiler tags. The only exception is Shadow Dragon, since that’s the prequel to this game. You can talk about that game as much as you want without spoiler tags.

Oooh. I think I’ll be giving this a watch. I don’t really know anything about Fire Emblem but as someone who loved Advanced Wars I’ve heard it’s a bit similar. I’m also gonna check out the previous LP!

I’ve never actually had the right mindset for Advance Wars. The earlier maps especially trip me up, given the playstyle of “it’s A-OK for units to die but you don’t have a way to deploy new ones so don’t fuck up TOO much.” Fire Emblem I got into a lot easier.

I’m looking forward to this! I’ve gleaned a few things (and I mean a few things) about Marth’s story, so it’ll be cool to see some of it in action. I’m already fascinated by some of these battle sprites and animations.

Oh boy, it’s time for me to adore characters arbitrarily! Because they sure as heck won’t have much story to resonate with!

Edit: I don’t remember squat about Marth’s situation but I’m already amused by how much Navarre’s dialog comes off like he’s got a crush on Ogma and is jealous of Maris or how it seems like Caeda is in love with Ogma but being forced to marry Marth for politics.

New Mystery is a game that I like a lot, along with its predecessor. The free-reclassing system is super fun to mess around with. I’ll be keeping an eye on this for sure.

So, I figured the best way to educate myself in the meantime is to check out that Shadow Dragon LP, and… Hoo boy, you weren’t kidding when you said there wasn’t a whole lot of “important” stuff, plotwise.

And since you were kind enough to include those FE12 trial maps in the beginning of the FE11 LP, I saw more of those battle sprites and… They really are some PSX-ass pre-rendered model sprites. 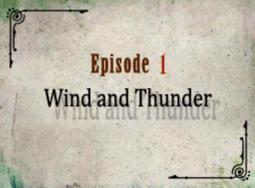 The mages of Khadein have noticed suspicious activity in a remote area of the desert, and decide to investigate. They soon discover the hideout of the Heretic Bishops, a group of dark mages that followed Gharnef. Merric, Elrean, Linde and Etzel must defeat all of the cultists and stop their plans. But just what are they doing in Khadein? What rituals could they hope to complete?

And since you were kind enough to include those FE12 trial maps in the beginning of the FE11 LP, I saw more of those battle sprites and… They really are some PSX-ass pre-rendered model sprites.

That’s a pretty good comparison. I don’t know why they went with that style of spriting for the DS games, other than the fact that the DS era wasn’t exactly the strongest period in Intelligent’s history.

Merric tried really hard to make sure Elrean heard/saw those ellipsis so he could impress him but no dice.

Speaking of Dice… Oh please tell me he has that axe.

Part 3: The Hero of Shadow

The Altean army is recruiting new knights, and hundreds of young warriors have gathered at its capital in hopes of serving under Prince Marth. Amongst them is Iris, a myrmidon from Sera. After training nonstop for years, Iris is ready to prove herself worthy of knighthood. But while most of the knight candidates arrived in pairs, Iris came alone. And on the first day of training, who could she possibly run into to partner up with?

I love the options New Mystery has for MyUnit/Avatar/Build-A-Bear customization. Besides lacking multiple body types, I think it has the strongest selection of actual appearance differences of the 3 games with that system. And I’m not just saying that because you can wear Wendell’s beautiful hat… but I’d be lying if I said that wasn’t a big plus in my book.

It definitely has the best options out of the gate. And even though Fates had plenty of outfit pieces to buy, this game still has some real strong contenders.

How can Iris be nobility when she doesn’t have blue hair? I’m so confused.

I can just imagine Jagen being like, “OMG these losers…”

I mean she’s not royalty, she’s just some shmuck that showed up with a sword that day.

Though that raises a question about the default My Unit, as blue-haired as they are. 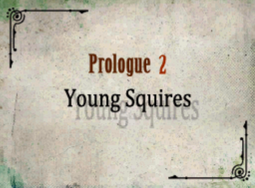 Hey, remember how Sain was a little annoying, but Kent’s reactions made him tolerable and funny?

What if, instead, we made him really annoying and made the straight man ignore him?

It’s weird because Luke doesn’t even hit on people as much as Sain did in Burning Blade, yet he ends up being more annoying. It’s probably because Luke is very one note, and never really lets up throughout the entirety of the prologue.

Took me a little while to catch up, but I’m not sure I like this Luke guy. Seems like the kind of guy who could use getting socked in the face a bunch. 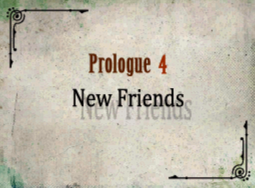 The 7th Platoon continues their training, and though their battles become harsher, many knights join their cause. And thank goodness they already got permission from Jagen, because we’re on track to have more experienced knights than actually new recruits.

I’m so glad Luke got owned in less than a minute.