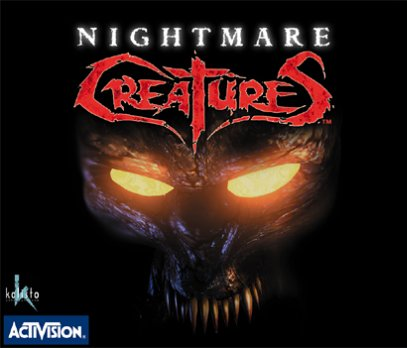 This is indeed the horror classic whose name you likely haven’t heard in twenty years. Does it hold up? Absolutely not. Join me if and only if you wish to see how poorly-made a game could be and still find an audience back in the early days of survival horror.

Also recommended for your viewing pleasure is the LP of Kalisto’s The Fifth Element, which puts the Nightmare Creatures engine to a much less polished and enjoyable use.

TAG YOUR SPOILERS (Note: This game does not feature anything that can be spoiled)

Content Warning: Dismemberment and lots of it. Also body horror. 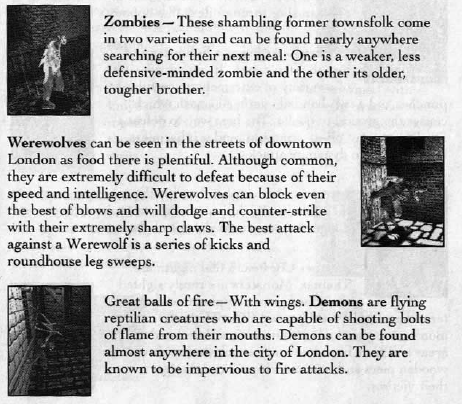 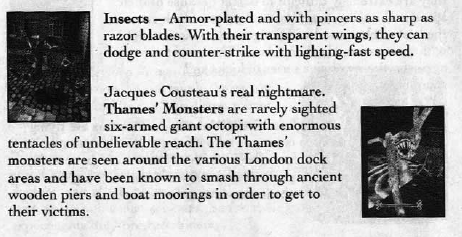 Wow, I remember the PC version of this game being all over computer gaming magazines of a certain age, then just sort of fizzling out shortly after. So far it’s pretty charming in a “we’re still figuring out how 3D action works, please be nice” kind of way.

You mentioned the joy of playing with cheats enabled; will you be showing any off during the course of the LP, or are you attempting as legit a run as possible? PSX/N64 stuff always seemed to have some of the weirder, more creative cheat menus but I have no idea if that’d break things down the line.

I definitely want to do a clean run (or two I guess, one for each character), but I usually do a cheats expo at some point in my LPs and the cheats are what I remember best about this game so I’ll have to do that at some point

I kind of like the idea that the zombies need to be special killed for them to stay dead. There’s some interesting things ideas in this game.

Sweet, I was just looking for a Let’s Play of this last week and couldn’t find a good one.

I’ve been wanting to see an LP of this since I first saw footage of Nightmare Creatures 2. Although so far this seems like more of a game than its sequel which looked more like an axe flailing simulator.

I kind of like the idea that the zombies need to be special killed for them to stay dead. There’s some interesting things ideas in this game.

Yeah, the theme of the game is “good ideas implemented poorly.” I still love it though.

This is the Day of the Dead, and as good a time as any for a sewer level.

Wow 3rd level in and we’re in a sewer level? That’s pretty mean. Generally they wait until the 6th or 7th to throw that the player’s way.

I never played this one, though I did play the sequel, which I have similar fond memories for that would probably be dashed if i were to replay it today.

Will we be seeing more of the PlayStation version or is this going to be all N64 from here on? Not that I’d blame you for going with the latter case.

I’ll be switching versions every episode, mostly because I want to show off both characters and this is actually the easiest way to do it since the game only allows for one save file.

Wow 3rd level in and we’re in a sewer level? That’s pretty mean

This might be early enough that sewer levels weren’t yet notorious, but someone should’ve noticed it wasn’t a good idea to have such a bad level so early

A forgettable level, but it does introduce a significant mechanic. Also, it’s not a sewer.

Check out the game’s OST here

Sweet, more updates. Kinda wish I hadn’t been so busy recently. I’m looking forward to Hampston Heath. Two things though. First, are there any particularly tricks you’ve been able pull off with certain items (i.e. blind enemies so they fall in the water)? Second, sewer levels have been hated since the NES but that hasn’t stopped game devs from using them up until… Actually, game devs still make sewer levels. I wonder why?

There’s always plenty of time to catch up, I’m too depressed to put out more than half an hour of content a month. I should play around with items more to see if I can make them do sadistic stuff, it’s just that most of them will outright kill all affected enemies, and I’m still wary to use them when there’s a chance they won’t because this game justifies Giant Enemy Crab Syndrome more than any other.

Nadia gets really good at pruning limbs in this level, but a new creature with even more superfluous limbs stands in her way.

I know how much you love spiders, sorry to have deprived you of them for so long