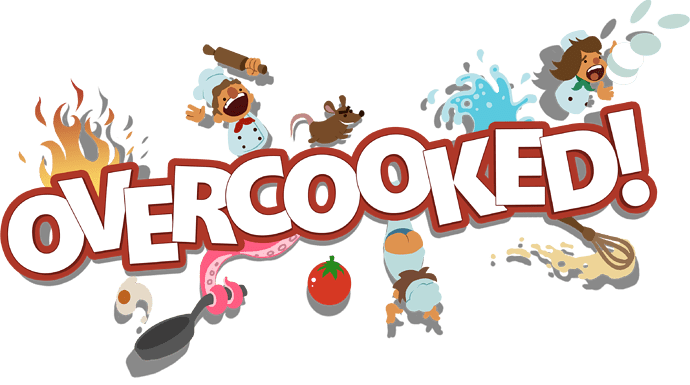 Hi, this is a co-op LP of Overcooked! (and its Christmas DLC, Festive Seasoning!) It’s a frantic, local co-op restaurant sim that is just adorable when you’re not cursing like a sailor at it.

Me and ChipCheezum are people who are dating each other, and Overcooked is one of those stressful “trial by fire” relationship-testers, so maybe… you’ll get to see us… get slightly cross with one another??? ANYTHING IS POSSIBLE IN OVERCOOKED!! PREPARE FOR DRAMA AS WE COLLECT EVERY STAR IN THE GAME.

New episodes will be served up on Sundays and Wednesdays!

I will only accept food-based LPs from people whose usernames refer to food.

Having played most of this game with my sister (got the last few levels left), it’s comforting to know we aren’t the only ones who devolve into gibbering when the pace gets frantic and plans go awry.

This is an incredibly cute Let’s Play. The game seems pretty cute, too.

I’m sorry everybody but I lied. I’m not a chef. I’m barely even a chip.

I suspect this LP is going to be one of the ones I save to rewatch when I need something pure and chill. Also that music is just super addictive.

Ah, I’ve wanted to play this for a while but I don’t have anyone to play it with and I suspect it’s not nearly as fun alone (is it even an option outside of faking it with the fact that it’s got a 2 people 1 controller option?). But I’m looking forward to seeing more of you guys playing it.

I am very into everything about this.

I hope this game doesn’t tear you apart like it tore apart me and my life partner MoominBiscuit.

I can’t wait to see what terrible monstrosities ChefCheezum and VoidBaker come up with.

as someone who has played this with three other people before, they are incredibly correct in saying that it gets ridiculously hectic with that many people.

Oh my god, Voidburger. You’re doing the LP of Overcooked I requested! Thank you so much!!

I’m still waiting on a couples LP to have constant bickering amongst the players instead of being just so precious and adorable. I’ll be watching carefully.

Oh my god this game is so adorable, I should really consider picking it up to play with my little brother. Shame about the lack of online multiplayer though, this seems like it would be some good chaos in a discord server with pals.

Instant bookmark.
This is really cute, but I’m glad you’re playing it instead of me. Seems super stressful!

I came here for the cute cooking game, but I’m staying for the relationship drama. Also food puns.

Do the levels change with differing numbers of players.

Also if burgers and cats are your brand Voidburger, do you have any cats with burger themed names, like Happy Meal and Quarter Pounder?