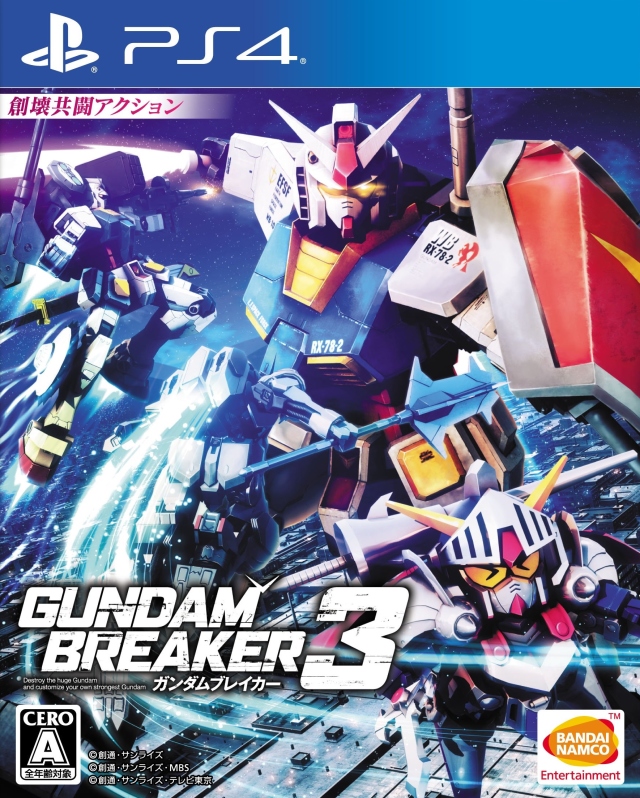 What the hell is this?
Gundam Breaker 3 is, as the title implies, the third in the Gundam Breaker series. Basically, these games are what happens when you take the premise of Gundam Build Fighters, the Gundam series about Gunpla, the little plastic models of the robots, and expand it out into a full game series. This iteration of the series came out last year, around the time that Iron-Blooded Orphans had just started airing, and includes a shitton of Mobile Suits from all the way since the series’ beginning. The actual gameplay is a bit Dynasty Warriors lite, but it’s fun nonetheless.

So what’s the LP going to be about?
This will be a playthrough of the normal mode of the game. Since you can make your own Gundam, I will take suggestions from the thread as to what to make next. This could be anything from a Zaku with tank treads to a Bearguy with a katana. The sky is the limit.

as someone who knows very little about Gundam (but still owns a Gunpla because I thought it looked cool), Breaker 3 has always looked cool as hell.

Little feedback though, you’re near impossible to hear over the volume of the game!

Shit, it sounded fine when I tested it. I’ll try to get a fixed version out ASAP.

Edit: Okay, let’s take this from the top

Can you make a Beargguy? This is vital to my enjoyment of the game. But seriously, customizing your own mechs sounds like a fun time. Gonna keep an eye on this.

I have a few Gunpla models, but after I realized it took too much effort to make them look good, I just switched to converge figures.

Beargguy is in this game, but we don’t have access to it yet. Trust me, we have a lot of toys to play with once we get into the meat of things.

Aw man I love Gundam Breaker 3! It’s fun to just sort of chill out and kitbash for hours, and the game gives you so many options for customizing your hellbastard of a gundam.

Definitely gotta get some G Gundam representation up in here, preferably either Shining Gundam or Master Gundam arms for some Shining Finger/Darkness Finger.

I have good news for you, we can start unlocking the Shining Gundam and God Gundam next level, as well as a SUPER SECRET GUNDAM.

I’ve been playing this on the Vita- I’m glad someone on here is doing an LP. I can’t wait to see what you come up with for this one.

Incidentally, what’s your policy on posting kitbashes of our own? I’m gonna probably put GB3 back in my PS4 and fiddle around with the builder as the LP goes on and it’d be neat to post some robutts.

Go for it. And if you have it on PS4, maybe we could get a multiplayer session going.

In that case, here is an older version of my main gunpla- Midnight Euphrates. 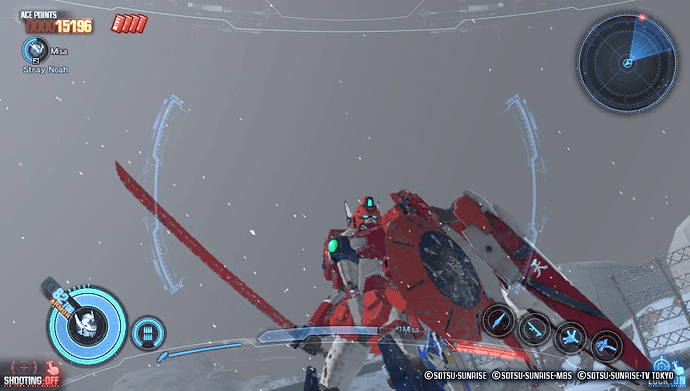 I’ll post the new version once I hit chapter 5 and do the final repaint. 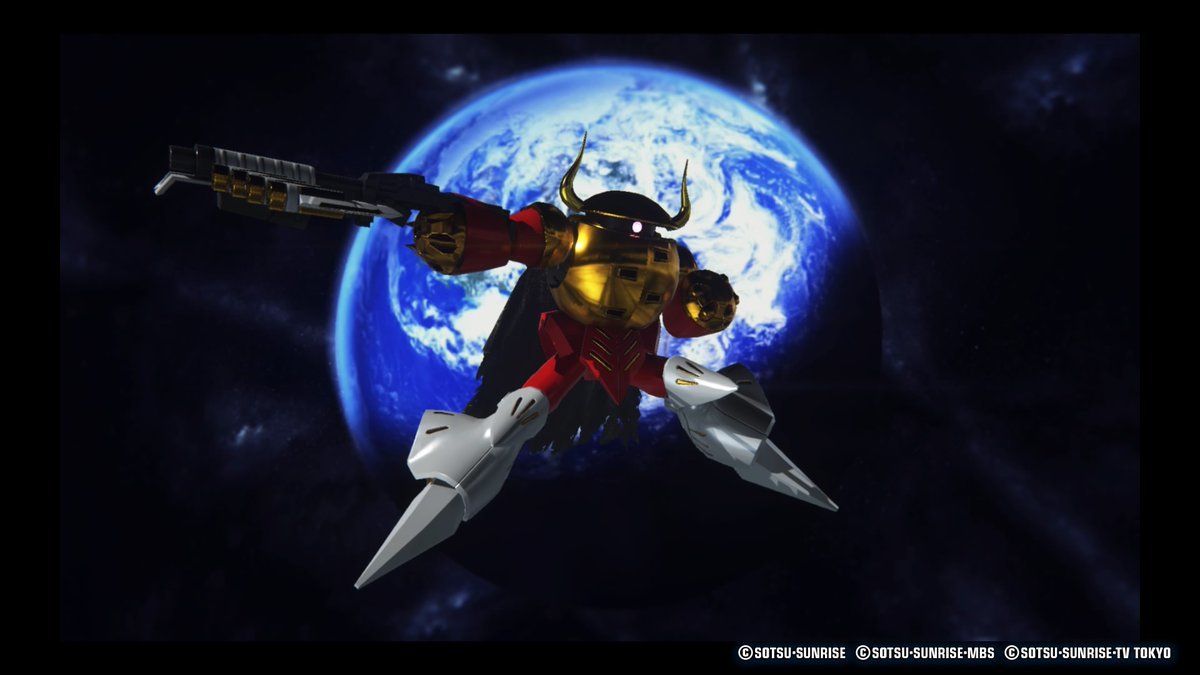 And a more serious “Gundam”: 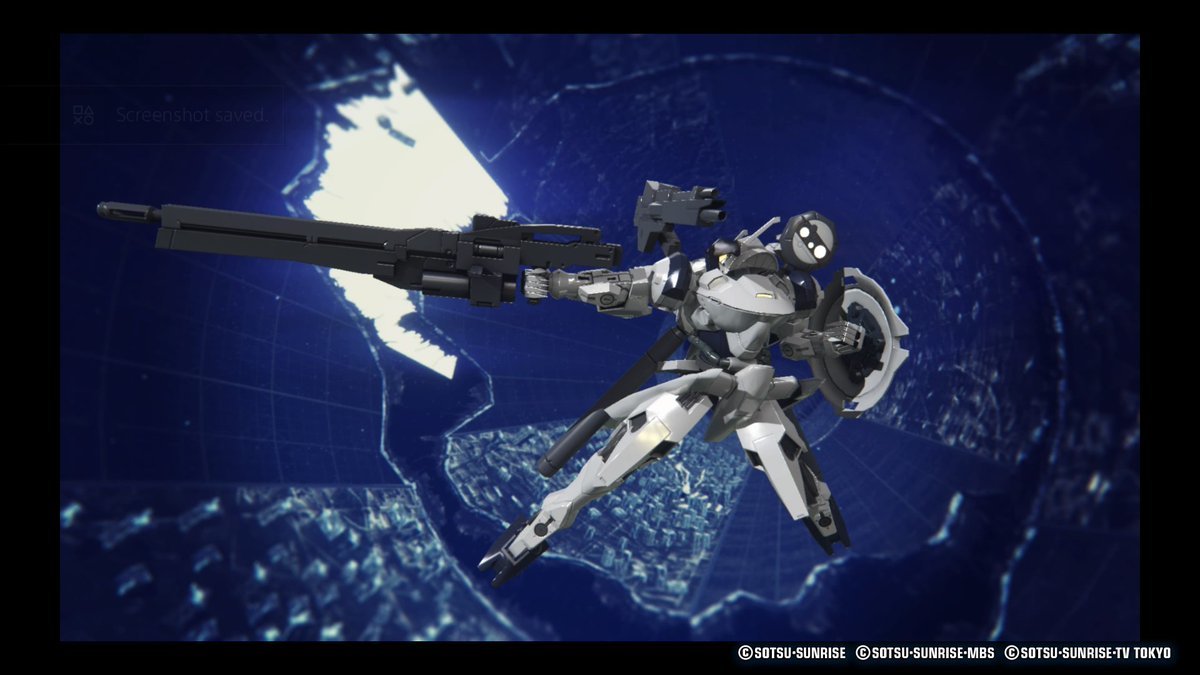 Gundam Breaker 3 is such a good gundam building game. Gameplay-wise, it’s honestly not as good as Gundam Breaker 2, but it gets the customization part down perfectly. 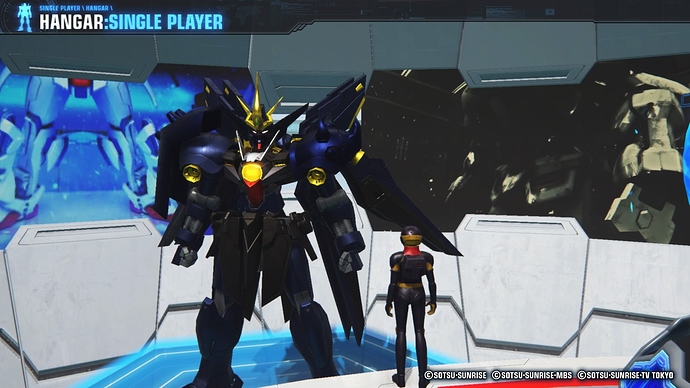 Does this have anything from IBO? Not that the game needs it, there’s more than enough content as it is.

The Barbatos Gundam is available in it, in the base game and with another form added in as DLC.

With a name like “Thundertrillion” that thing ought to be a Super Robot instead of a Real Robot, in my opinion at least!

I’ve only really gotten slightly into Gundam (Finished G Gundam, in the progress of watching IBO and 00. So basically I’ve only touched AU stuff and not anything UC related), but stuff like this and Gundam VS just motivate me to get deeper into the series so I can recognize/use more of the designs.

As promised, here is the chapter 5 redesign/repaint of my gunpla, now dubbed MIDNIGHT CALAMITY. I loved the look of the circular shields, and the Shield Throw is a pretty alright ability, but I couldn’t resist the urge to add a cape for my Ultimate Katana Badass.

(I gussied it up in IrfanView a bit from the original Vita screenshot.)

Well, I’m about done playing it myself, but I’m still hype for the LP. Here is my last build for some time: a ripoff of Temjin from Virtual-On! 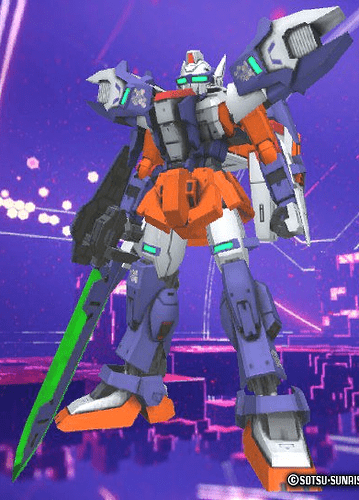 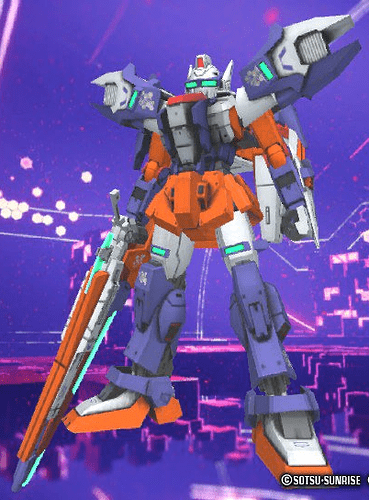 The GN Sword II looks more the part, but its close-range mode is a two-handed sword so it messes up the illusion. And the original GN Sword flips back in its gun mode, so it doesn’t look right, either. So, I used both.

Speaking of Virtual On, would it be possible to make Viper II? I know some of the SEED MS’s have the sharp angles/looks-kinda-like-a-starfighter while I know at least 2 MS from Zeta can transform to some degree.

Probably wouldn’t apply since I’m not sure what Gunpla of either series made it in this game (Nor whether they could transform), but I’d just like to throw those ideas out there since I’m a massive nerd for Virtual On.