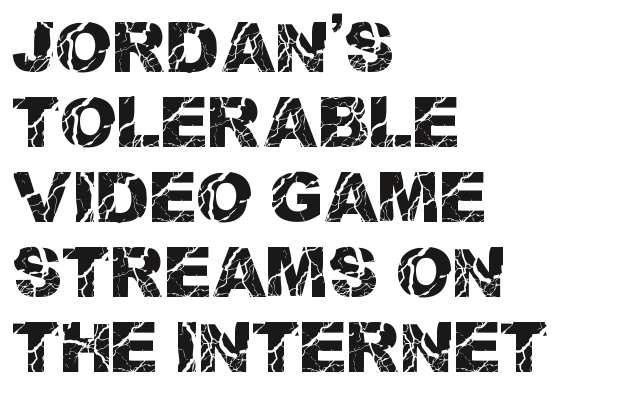 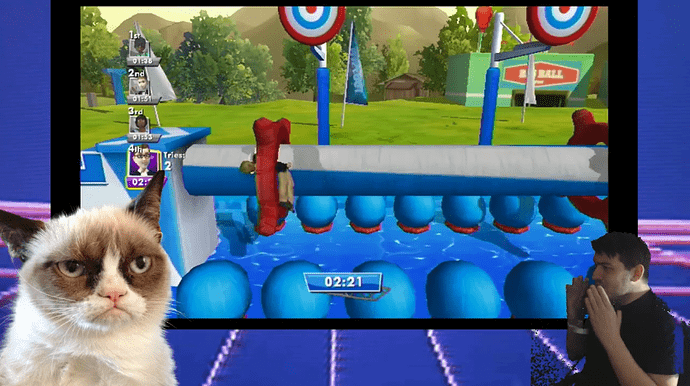 Hello, I am Jordan and this is the thread for my tolerable video game streams on the internet. Sometimes I get lazy and just decide to stream from my PS4 directly, other times it’s just from the PC. And I hope you can join me as I play video games really badly to the point of frustration.

I am still trying to figure out an exact schedule with what to play next, but mostly are confined to just Game Show Games, Movie-Based Shovelware and Ol’ Humungous Games and Telltale Stories.

Eventually, I will figure out how to create a good enough rig to get through some more TV & Movie Shovelware to figure out how accurate the games are to the brand.

And yes, i am trying to figure out how to get the audio to balance, it’s a tough ratio of game to me.

CHIEF BEEF WILL GUIDE YOU TO THE TWITCH

On occasion, I do a daily stream where I play a sandbox or heavy AAA game, usually ending with my thoughts on the game itself. I don’t aim to 100% complete, but I aim to complete the story mode as much as possible. These might not be broadcast on Twitch, but rather my YouTube.

I have also done Saints Row 4 and Gat Outta Hell, but they have been lost in the trails of time (or I didn’t send it from Twitch to YouTube on time, because I was just starting, it’s a work in progress, folks)

Here are other streams with other names of one time segments, which I am not sure when they will come back

Simulation Station - Planet Coaster
I think this was supposed to be a series on Simulation Games, and while I do have plenty to look at, I personally feel as a solo project they don’t make for really entertaining streaming.

Free Play Friday - Mad Max
I think that is used by so many other people that I decided to stop immediately, it’s not as thorough as a Daily Grind, where I tried the first part of Mad Max, I might go back into it, or might not. I’m unsure.

Wii Game Show Night
Enjoyable Idea and I enjoyed doing this, but I think for future streams, I need to make it roughly 60-90 minutes, and either focus on one game or multiple games to not keep audiences bored.

I am thinking between Assassins Creed Black Flag, Sleeping Dogs, Star Wars Battlefront or continuing Mad Max on the next Daily Grind, but right now the focus is trying to get one stream to be acceptable before venturing back into a game that could take a multiple days to complete.

But for right now, I am testing out the Wii and PC and hope nothing crashes.