Let’s be honest. If you’re reading this thread, you’ve heard of Halo. It’s one of Microsoft’s flagship franchises for the Xbox. It has spawned, as of writing this, 7 main games, 5 spin-off games, 31 novels, 15 comics/graphic novels, a handful of short films, and also action figures, Lego sets, and Nerf guns. It helped popularize console online gaming, start the stereotype of the frat bro gamer, and bring esports into the mainstream with Major League Gaming (MLG).

On a personal note, Halo is also one of the things that helped me make some of my closest friends, including my co-commentators Swordfishhh and Cletus. Countless evenings and weekends were spent playing co-op and multiplayer, or searching for secrets and easter eggs. Even as we went to university and moved away to different cities, we could always get together for a few games or send each other messages speculating on what would be coming next in the series.

For this LP, we’re going to be taking a nostalgic look back on almost all of the main games with the exception of Halo: Reach. While Reach is actually one of the better campaigns in the series, I don’t like how it “fits” with the other games. If there’s interest and I still have motivation after all this is done, I may LP it on its own. I’m also going to be gearing these videos towards viewers who aren’t familiar with anything Halo, so I would ask that no one posts spoilers or any deep dives into the extended universe canon (at least until it becomes relevant to what we’re showing).

Halo: Combat Evolved, also known as Halo 1 or just Halo, was released in 2001 along with the first Xbox console. It was published by the new Microsoft Game Studios and developed by Bungie, who had been acquired by Microsoft just the year before. It was absolutely the Xbox’s killer app, and one of the reasons for the console’s commercial success. A PC version of the game was released in 2003, a remastered and graphically updated version in 2011, and then re-released another 2 times in a collection on separate platforms. The game had a very strange development cycle. It originally started as a Mac exclusive real time strategy game. From there it turned into a third-person shooter, and then eventually into the first-person shooter we know today. We play as the Master Chief, a cyborg supersoldier fighting aliens in the distant future, though I assure you it’s more interesting than that synopsis makes it sound. 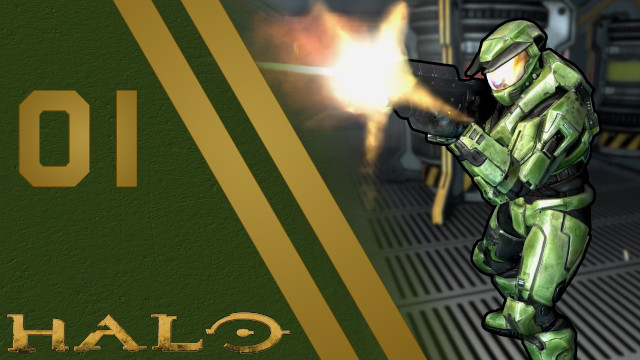 Let’s get this thing started. Out in deep space, under assault by an alien menace, and above a mysterious ringworld.

Also, make sure you take a look at the videos I have under Links. They are really interesting relics from the past. 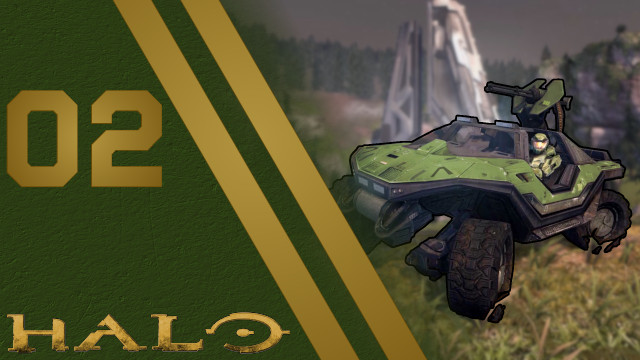 With our feet on solid ground(?) we round up other human survivors so we can keep fighting the Covenant. 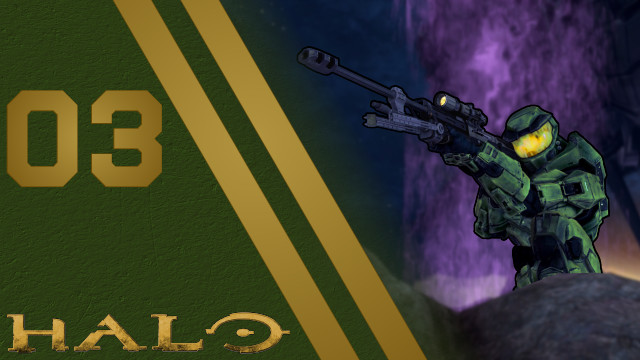 A dangerous mission, in unfamiliar territory, to rescue the Captain. 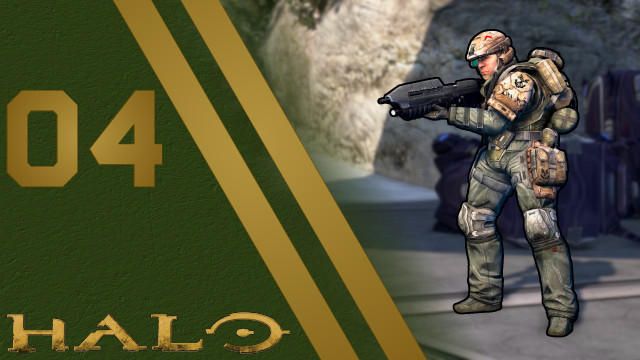 We’re going to need a vacation after this particular day at the beach. 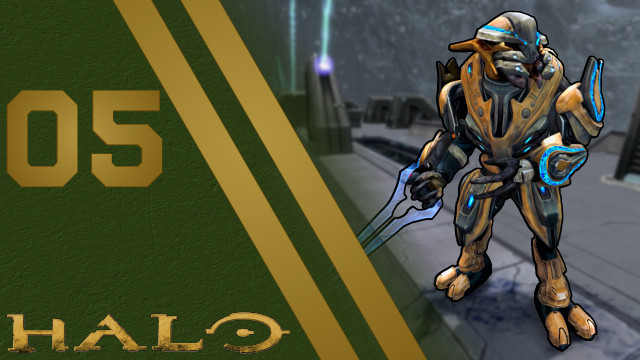 05 - Assault on the Control Room

On our way to the Control Room, let’s take a walk through a winter warzone.

So today I’m not releasing the next level of Halo. Instead I’ve published a handful of videos, and I’m doing a history post to give them some context.

In 1997, after releasing the third Marathon game and the second Myth game, Bungie decided they wanted to do something different. Under Jason Jones, they started a project with the idea to merge the real-time strategy gameplay of Myth with the sci-fi shooter genre of Marathon. Essentially they were thinking Starcraft but without all the resource gathering and base building. This project went through a few different codenames: “Armor”, “Monkey Nuts”, and “Blam!”. We’ve mentioned in the LP that Halo started as a Marathon game, but this a little disingenuous. Bungie has stated that they never intended this new game to be a Marathon sequel, but I don’t know if I believe them exactly since they were using the Marathon logo in their UI partway through development. 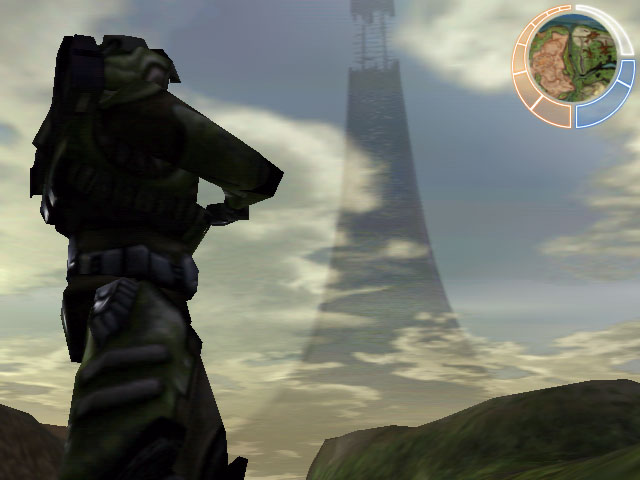 There’s not a whole lot of footage available of the early work, but you can see some of it in this video that Bungie showed at their Halofest at E3 the year after Halo launched. Just note that the later parts of this video will overlap with the rest of the history post.

The Evolution of Halo

A few of the big features that Bungie was focusing on were 3D level geometry, major vehicle integration, and a physics engine so that the vehicles would interact properly with that geometry. Things were going well, but during testing they kept coming back to a little “game” where they would put some marines in the Warthog, attach a chase-cam to it, and then drive it around jumping it off hills and cliffs. They realized they needed to make the game more like that instead of the strategy and tactics game they had envisioned, and Project Blam! tranisitioned into a third-person action/adventure game instead. At this point they didn’t have a whole lot of the details nailed down, but they did know there was a ringworld, aliens, space marines, and supersoldiers. They managed to get an audience with Steve Jobs and convinced him to let them present at Macworld 1999, where they showed this:

It’s very interesting how you can see so many elements of Halo in that presentation. The green-armored, gold-visored supersoldiers and their Warthog, and the Elites and their Banshees. Even the flag at the end (or similar) shows up as a multiplayer asset in the final game. The vehicle physics make a big impact, but the seamless transition between the indoor and outdoor environments was revolutionary at the time. This was around the time of Half-Life and I’m sure everyone knows how awful the loading times were in that game. Bungie was saying they were working on an entirely open-world map for the game, as well as native flora and fauna and day/night and weather cycles. Unfortunately, none of that ended up in the final game, but the impressive environments and vehicle physics remained. I haven’t seen this mentioned anywhere but the soldier’s gestures in the presentation make me wonder if the game still had some strategy elements in it at this point; something more like the squad-based tactics of the Ghost Recon games. In any case, they continued to improve and refine the game and almost a year later they presented at E3 2000:

This build looks a lot more like the Halo we ended up with, so many of the characters and assets look almost final. Despite that it’s probably worth noting that they really didn’t have much of an actual game at this point. The E3 presentation (and the Macworld one for that matter) weren’t actually finished and ready to go until the day of the presentation, and they had to rely on some tricks and band-aids in order to get the demo working correctly. And even though they clearly had a lot of concepts and assets realized, they had no idea what story they were even going to tell. Bungie was also dealing with some money troubles. They had made an agreement with Take-Two to license their older games for console release, and even at the time of the E3 presentation where they advertised Halo for PC and Mac, they were pretty deep in negotiations to be acquired by Microsoft. Obviously the acquisition went forward and Halo was eventually turned into a first-person shooter, completed, and released as a launch title for the Xbox and the rest, as they say, is history.

I want to leave you with one last video, from when Bungie still planned on releasing a PC game. Enjoy! 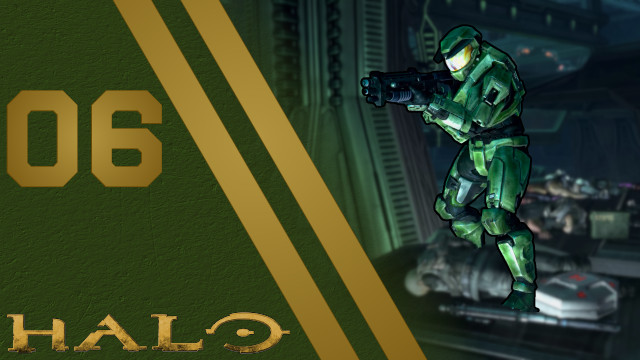 We investigate a spooky swamp, the last known location of Captain Keyes. 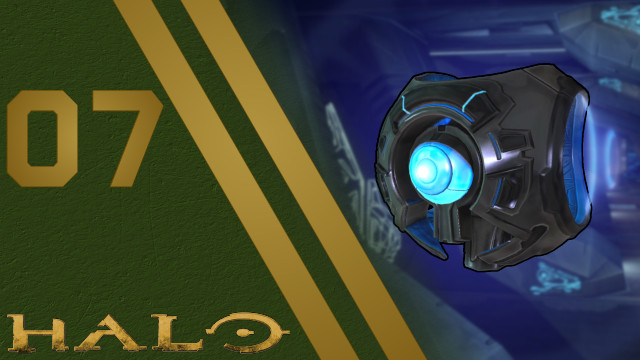 There’s a whole lot of Flood between us and the Index, the key to controlling Halo. 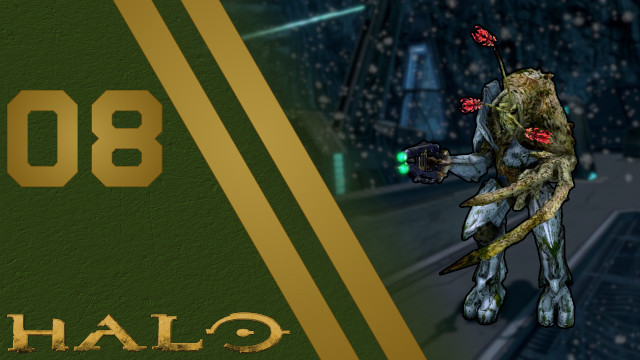 Things are not as they seem, and the battle for control of Halo is getting messy. 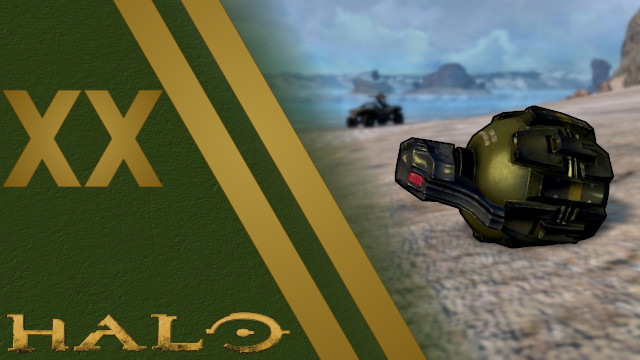 A whole bunch of shenanigans based on a literal blast from the past. 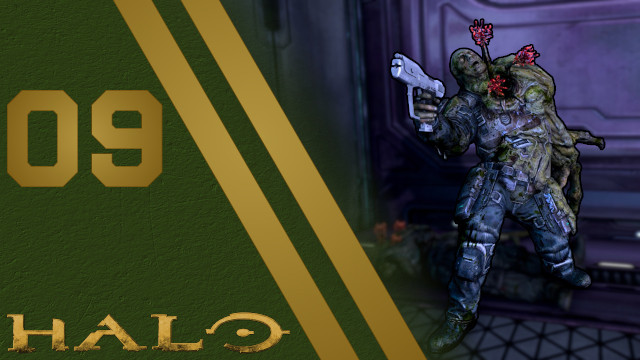 Once again we have to rescue Captain Keyes, but things are a little different this time. 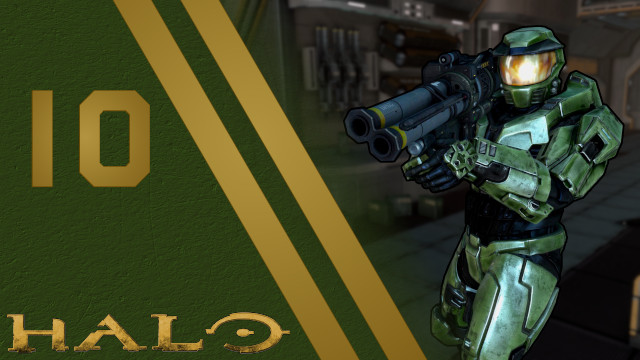 Time for the big finish. Let’s go out with a bang! 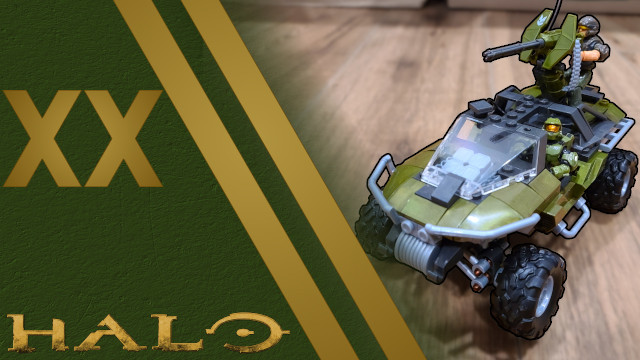 Did you know about this alternate Warthog Run in Halo?

Alright, no actual LP content today, but I am posting some old Halo 2 promo videos to start the hype.

Halo 2 - Announce Trailer - The original announce trailer for Halo 2 from late 2002. For an unplanned sequel they were moving pretty quickly considering that’s only a year after Halo 1 came out. Despite being mostly just the MC walking around with radio chatter in the background, there’s a lot of implied plot points and new content in this video. Enough to keep us nerds talking for years when we should have been paying attention in computer class.

Halo 2 - Theatrical Trailer - This is the “theatrical” trailer, that was shown in movie theatres in late 2004 as part of the last big marketing push. Most of the content for this trailer actually comes from an E3 video, which I won’t be posting just yet. Having it be a pre-roll trailer that you had to buy a ticket to see was a little bit of a dick move, since if you’re paying attention, something weird happens to the URL at the end of the trailer…

Halo 2 - TV Commercial - And this is the regular old TV commercial also shown in late 2004. This trailer is mostly made up of actual gameplay clips and dialogue from the final game, which can give you an idea of what to expect. There is actually a minute-long version of this commercial out there, but I didn’t include it because the best original resolution I could find was 180 vertical pixels (!) after removing black bars and my upscaling efforts looked awful.

Hopefully this gets you guys excited for Halo 2, but again, try not to post any “spoilers” for those who don’t know what’s going on. Some of what’s in the trailers should be recognizable if you had read the books up until this point, and that’s safe enough, but these are teasers and you’re supposed to feel teased! 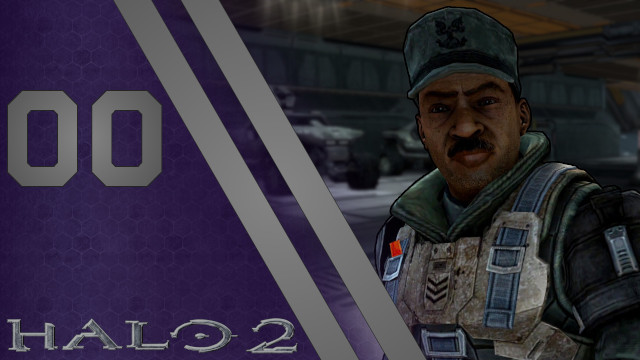 00 - Sgt. Johnson and the Journey Home

Ok, let’s get Halo 2 kicked off here, although there’s no actual gameplay yet. This video is an explainer to fill in the gap story-wise between the end of Halo 1 and the start of Halo 2. We’ll be back at it with the first actual level next week.