inFamous 2: The Duality of Man 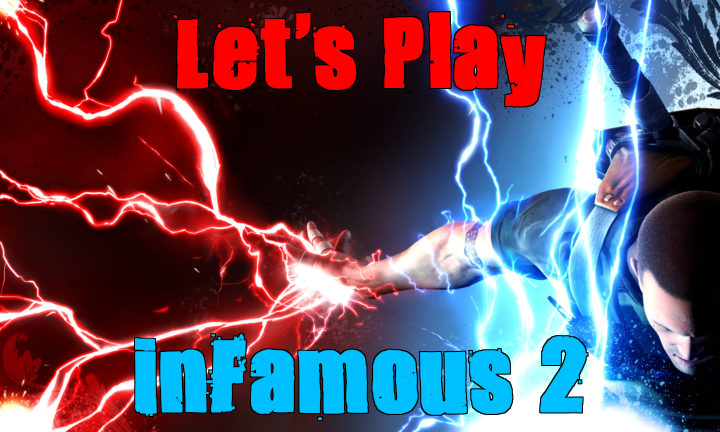 Welcome to a thread about the most electrifying personality in video games. I’m sorry, that’s terrible.

It’s been some time since people with superhuman powers became public knowledge in Empire City. Cole McGrath, bike-courier-turned-super-person, fought to protect his city from people that would use their amazing abilities to take over, but he was given a vision of a sequel hook. This is that sequel. In the flood-damaged city of New Marais, Cole needs to find a way to defeat the Beast, a giant monster that blew up Empire City and is rampaging its way south. With the help of his old pal Zeke Dunbar and NSA Agent Lucy Kuo, Cole races to improve his powers while dealing with the Militia, human supremacists that don’t take kindly to you Yankees, with your lightning hands and your non-pornographic cinemas.

inFamous 2 is an open-world third-person shooter at its core, with climbing and movement reminiscent of the Assassin’s Creed series. The thing that set the inFamous series apart from other open-world games at the time was the very comic-booky Karma system that gave you new abilities based on if you were being a sassy boy scout or just a dumpster fire of a human being. Thankfully, the game seems to know exactly what it is so the “moral choices” are very cut and dry, and there is never any ambiguity over whether you’re being a good boy or a rude boy, nor any incentive to take a balanced approach. You’re rewarded for your behavior either way, and neither good nor evil is proven to be the optimal choice due to rewards. Some missions play out differently depending on Cole’s karma, and there are mutually exclusive good and evil missions to mix things up a little.

I’m LynxWinters and I’m joined by my friend @fenns who has never really seen this series. Thankfully, the game stands pretty well on its own and there’s not a lot of required knowledge from the first game. Like I mentioned, some parts of game and story play out differently in places based on your karma, but most of the story and side missions work the same for both sides. That means that instead of putting up separate videos for good and evil, I’ll mostly play the game as a good boy but I’ll also show off all the differences for being evil. No morality-based content will be cut.

Since the game does a decent enough job of explaining events from the first game, I’ll go ahead and say that plot discussion of the first game isn’t spoilers unless you’re talking about it in context to things that haven’t happened yet in this game. If you know what’s going on, who certain people are, etc, don’t be a dick. If you want to know more details about the first game, there’s two LPs on lparchive.org you could watch, but again, it’s not really mandatory. I’ve never played the first game, and didn’t watch Haller’s LP until after I’d beat this one twice, and I never really felt lost.

I also haven’t played Second Son but I’d really like to play it, so inFamous: Second Son discussion should be spoilered, but also maybe just don’t bring it up too often? 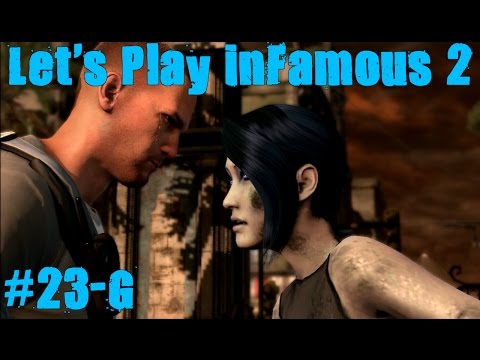 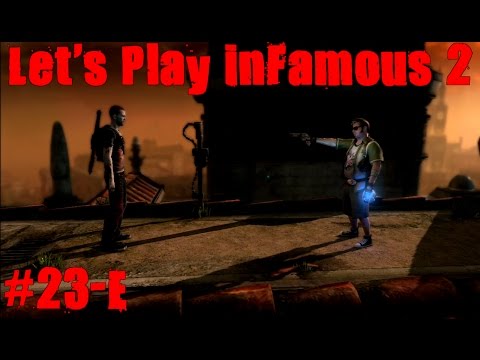 We started this on SA but the thread got archived because the school semester got real and I had to put this on the backburner. If you were following the old thread, episode 13 wasn’t live when it got archived, so maybe don’t skip that?

I’m trying to remember if either one of us has made a “shocking” pun yet…
I’ll write it down for later, just in case. Maybe it’ll help spark my creativity for future parts.

Eh, I’d better stop now before I have to recharge.

So this is a solo LP now…

did you just ground me?

Aw, don’t be so static! Puns are a great way to get a charge out of the viewers

We’re finally heading to a new part of town with a very different feel from the first two, where Zeke is allowed to perform his rad fucking engineering experiments.

Just chiming in to say that I’ve been really enjoying this LP. It’s nice to see what the Evil Karma path looks like, since I ran as an unrepentant do-gooder for every inFamous game. You’re doing a good job showing off the differences between the two paths.

That’s very nice of you to say, and it’s a fun game to play but hoo buddy if I could go back in time and pick a game for my first actual LP, it would not be an open world game I have to play twice at the same time.

Bertrand’s hair still dumb as hell, and we gotta show the whole dang world. Thank you all for looking at his dumb and bad hair and I’m kinda sorry if anyone watching this has his haircut. Oh, Nix tries a fun thing, too. Her hair is good.

So hey, not a lot left to go on this. Looks like I’ll finish recording footage this week for both playthroughs. Probably about five or six episodes left. Thanks for sticking with us, everyone.

Let’s all go check out the final region of New Marais: Industry!

I just saw that this was here now and am now way behind. Thanks for following up on it and I’m looking forward to catching up!

Thanks for sticking with us after the bit of delay and forum change!

I can confirm that your reward for completing both playthroughs is getting to use both sets of powers in your completed file. I forget whether you have to unlock the set from the first playthrough again or whether you just get all of the abilities you earned in both for free. I should still have my file with all of the powers unlocked. 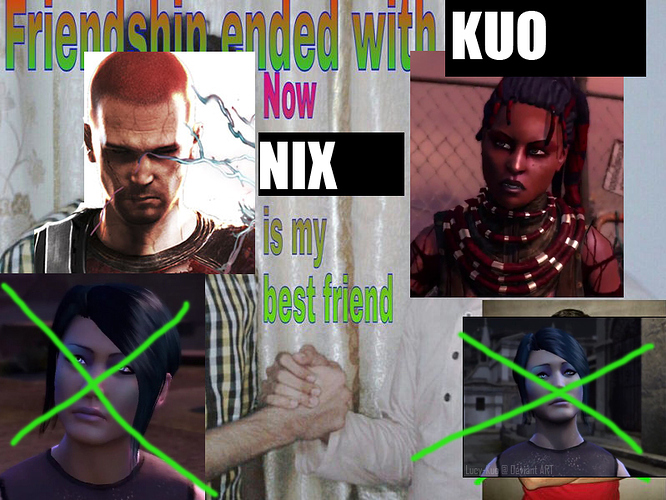 Today is a sad day, when we say goodbye to a dear friend. We will never forget good ol’, uh, That Guy.

After this, there’s only two updates left. It’s the perfect time to introduce a new character!

Episode #21: The Phone Number of the Beast