I played The Last Guardian six years ago! Let's Play Majin and the Forsaken Kingdom

Copied shamelessly from my Something Awful thread:

Back in 2010, there was a lot of excitement about Team ICO’s follow-up to Shadow of the Colossus, now scheduled to be released shortly on the PS3 and XBox 360. It was to be an epic tale of a boy guiding a giant creature with magical powers through a ruined kingdom, fighting creatures of darkness and learning about the past through beautifully rendered stylistic cutscenes. So when I saw that game at the local Wal-Mart, I bought it, confused as to why so many people seemed convinced that the game was still in development. Needless to say, this was not the Team ICO game that eventually finally saw the light of day on the PS4 six years later, but I enjoyed it just the same. The story isn’t very deep, from what I remember, but the gameplay makes up for it. If you played Game Republic’s earlier title Folklore or watched my shamelessly-plugged LP of it, you’ll know what to expect in terms of pacing and plot. Majin and the Forsaken Kingdom focuses on the journey of a young thief and a magical creature? golem? spirit? as they try to save the world from encroaching darkness, each for his own reason. They have to work together in combat and to solve puzzles - without the Majin’s help, our character will have to resort to stealth rather than fighting most of the enemies in his path. There are lots of hidden upgrades and shortcuts to be found or ignored, and it’s just a fun romp all around. Also, there’s actual talking. Quite a bit of talking, if you like.

Please keep spoilers in tags, if you must post them. I haven’t played this game since beating it when it came out, as will be evident, and I don’t remember much of it being worth spoiling, but I’d prefer we discuss only what’s happened in the videos. I’ll try to keep them short and sweet, and as frequent as I can.

I actually remember buying this game on a whim when it first came out, but for some reason I bounced off of it. I can’t imagine why because it looks really nice.
In any case, excited to see what I missed out on.

I’m slowly catching up, but as of part 2, Tepeu should really have told Teotl that he can use treasure to buy food. :v

Buy food from whom? We have yet to see another human, and that’s not just because we’ve only just left the castle. The animals of the kingdom don’t have any use for treasure.

Then again, that does bring up the question of what good the treasure will do Tepeu. I guess treasure has its own worth for some people.

I’m only one episode in at the moment, but I can already tell that I like big adorable doof of a companion! Looking forward to the rest of the LP!

Naturally, after defeating the boss, we have to backtrack to the waterfall area we passed a few videos ago to continue to the next area. Backtracking isn’t such a bad thing, since we can generally use our new abilities to collect things that were inaccessible before, and the fights should be a bit easier. There will be other things that will help us get around more easily later on, and I’ll be condensing as much of the future backtracking as possible into montages of interesting moments and perhaps even Indiana Jones-style lines traversing a map. This time, however, there are some new things to see along the way, and a lot of things I didn’t get my first time through. Don’t worry; I’ll get into new territory in this video as well. 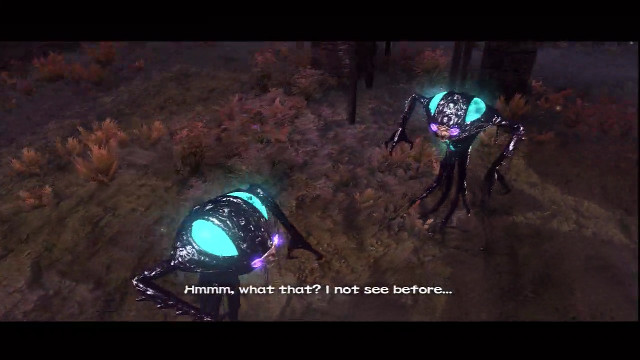 This time, I’m actually going to get somewhere in the forest. The first time I played through the game, I got very lost around this point because I thought I needed the next power to get through the moving bridge room. As you’ll see, it’s the other way around, but I wandered for a while and probably leveled up much more than I should have before finally making any progress. That won’t be a problem this time, although there are always new annoyances to be found everywhere we go. 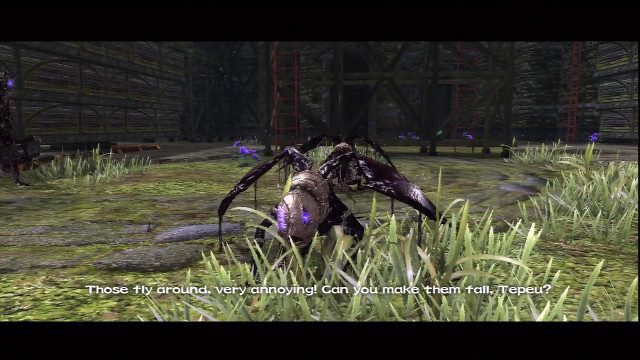 I made this video and then got so busy that I forgot to upload it. Whoops! So, a bit late but none the worse for wear, we have a brand new puzzle mechanic and the return of one that we haven’t seen for a long time. I’m embarrassingly bad at figuring out some of these puzzles, but that shouldn’t be a surprise to anyone by now. 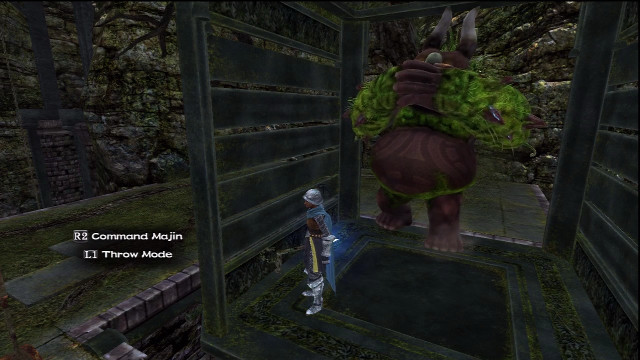 In this video, we unlock the Majin’s second power, and it’s hardly a secret because we’ve already been told what it is. It’s a fun power to use in combat, though, particularly because it powers up Tepeu’s weapon as well as attacking enemies directly. It’s also probably the solution to the most annoying type of puzzle - the jumping puzzles are only difficult because I’m bad at jumping. Fortunately, we’ll get a few of them early on, and then they’ll mostly go away. 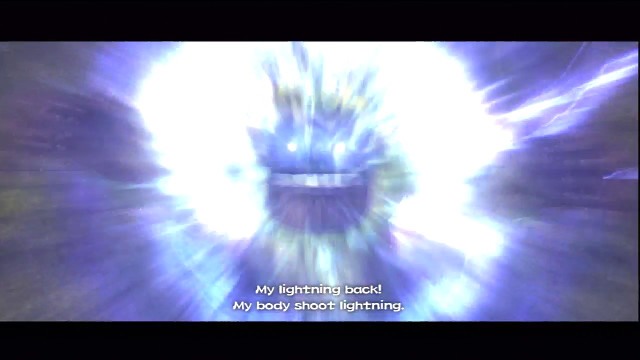 It’s time for one of the most intense fights we’ve had so far! Our buddy will be rather incapacitated for a significant portion of this video, which is a deviation from the rest of the game, but we’ll find ways to accomplish things anyway. Eventually. I’m frankly embarrassed by how long it took me to figure out most of the things I needed to do, and the amount of backtracking I did in the meantime. But don’t worry. I carefully edited out the most boring parts and left you with only the slightly boring parts. The fight is pretty good, though. Short, but good. 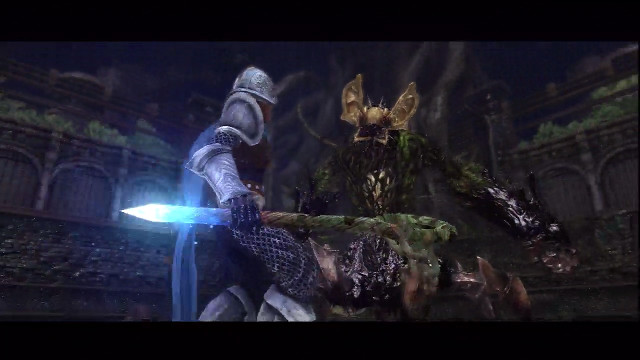 It was fun to get back to my old April Fools’ tradition. Here’s the real B’alam boss fight and a bit of item collection, as well as the first use of the Room of Transport.

Today, we set out into the third region of the game, the desert. Here, we’ll find a few tougher types of enemies, new mechanics, and ultimately, another new power. We’ll also learn a bit more about the Majin and the Kingdom’s past.

I tend to move slowly in new areas because there are huge rooms with lots of stuff to find, but there is progress in this video eventually. Just give it time. We’re still bulking up and preparing for the tough battles to come. We’ll even get a glimpse of the lair of the next boss, although it’s going to be a while before we get to fight him. 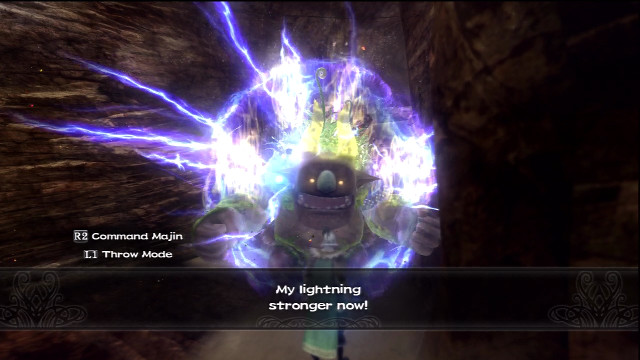 I pick up the pace in this video a bit and complete the entire volcanic area. Admittedly, there’s only one scarecrow left, but we’ll be ready to infiltrate the Chibirias once we’ve broken it. Also it occurs to me that I should have called the last video “Navy of Darkness” and I’m sad that I didn’t think of it sooner. 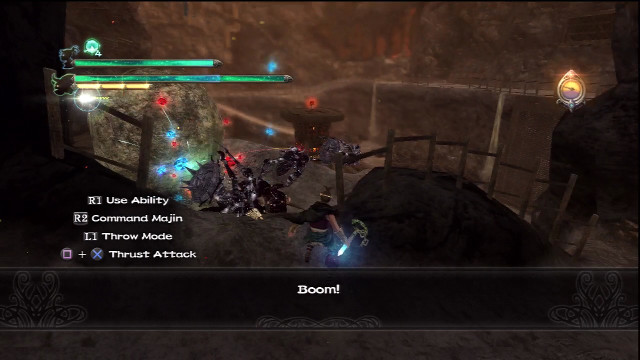 Today, we board the Chibirias and gain the power of fire. Combat-wise, there’s not much difference between fire and lightning, aside from how they interact with Tepeu himself. But fire power will open new paths and let us get some new upgrades. The third Dark General is right around the corner as well, but let’s not try to do too much in one video. 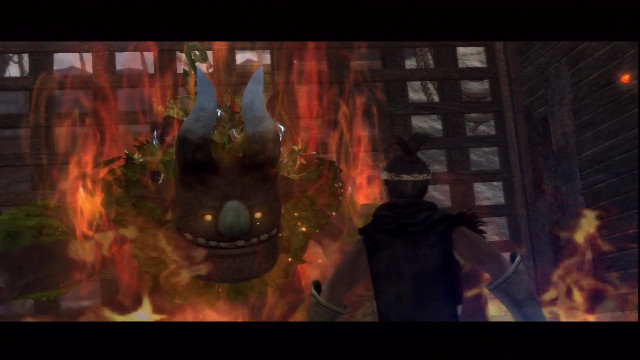 At last, it’s time to take on the third Dark General. This one’s tricky, because there’s no way to recover magic power during the fight unless you manage to expose his weak point, which is much easier if you already have enough magic. Fortunately, unlike Wind and Lightning, we’ve found substitutes for Fire that don’t require magic to use. It still takes me quite a while to figure out how to use the tools at my disposal effectively. We’ll also get to see more of the Majin’s memories, of course. 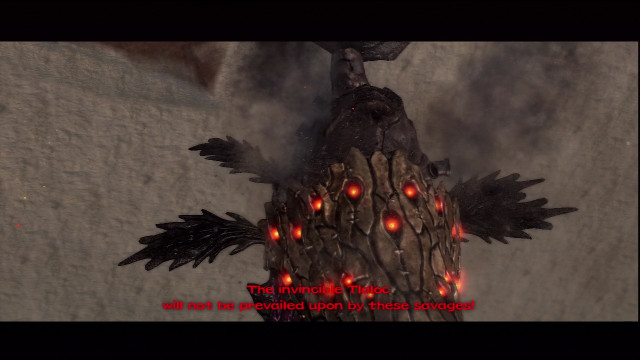 In this video, we move into a new area and get some backstory about the characters we’ve yet to meet, which will help to tie the story we’ve heard so far with the revelations that will be coming later. 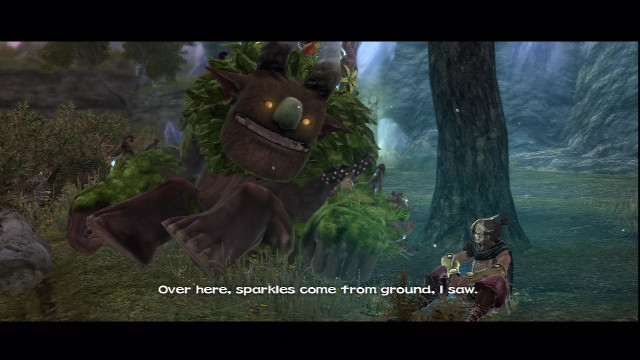 We’re still trying to open the next door, so there’s not much adventure going on right now, but there are puzzles to solve, lots of enemies to fight, and most importantly, new moves to learn. 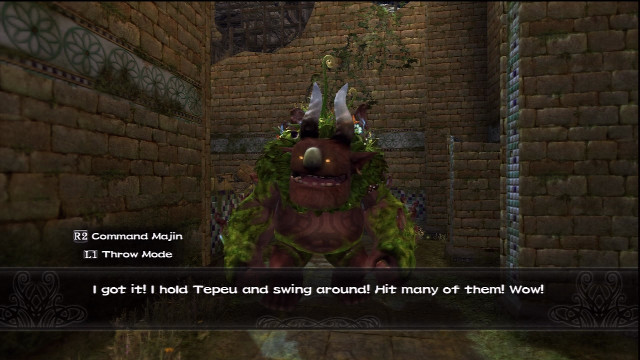 We’ve been steadily gaining power over the past few episodes, but now it’s time for the Majin to really shine. Or perhaps “sparkle” would be a better word. His final power is the most devastating, so it’s quite a relief that he only hits enemies with it. But there’s a bit more story behind this power than some of the others we’ve seen. 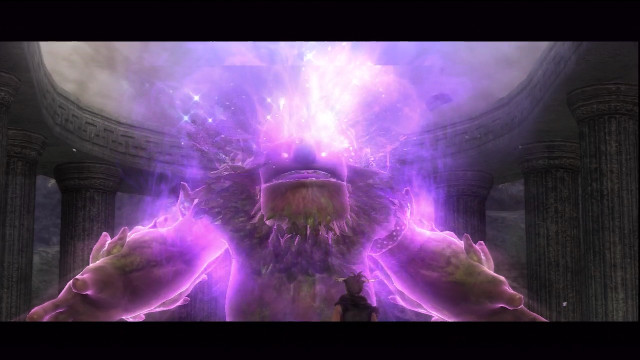 I recorded up to part 19 a long time ago, then returned to the game after a long break to do this part and the DLC. Naturally, I’d forgotten most of the controls in the meantime, which made this a rather awkward video. But that’s okay, because I was just as awkward trying to talk about what I was doing, so it all kind of balances out. On the bright side, it’s the fourth boss fight! Most of the controls don’t really matter here, and it’s just a question of whether you can figure out the pattern before you die. It’s a close one in my case. 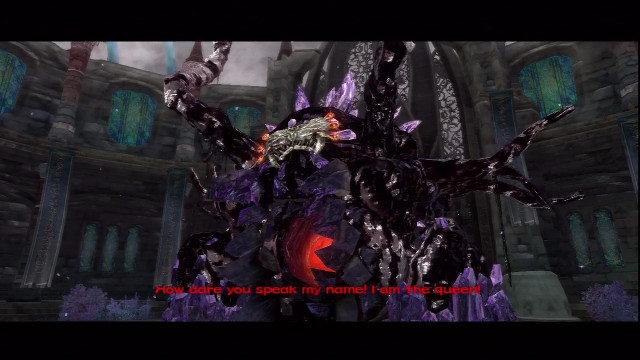