I Came, I Saw, I Climbed - The Legend of Zelda: Breath of the Wild 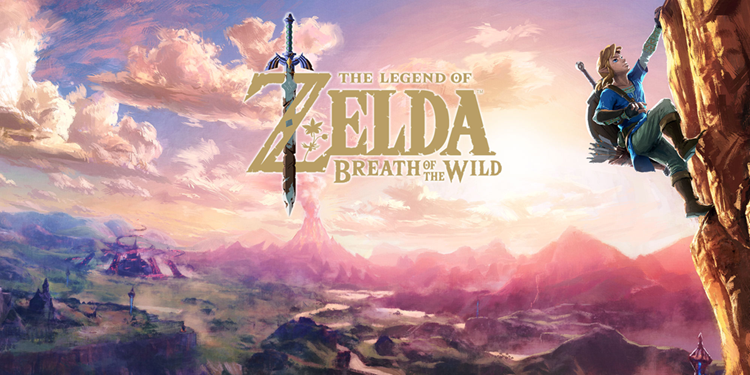 Breath of the Wild is the 25th anniversary celebration of The Legend of Zelda franchise, and it does what their previous anniversary game, Skyward Sword, tried but ultimately failed to do: dropkick the franchise’s formula down a godforsaken cliff. And be fun.

Breath of the Wild is a true open world; once you’ve completed the tutorial, not a square inch of the massive game map is kept from you. If you have the stamina, Link can glide across any chasm or Spider-Man up any sheer cliff you like, and that alone adds a freedom of movement that the best open world games have yet to touch. Except for, you know, the open world Spider-Man games.
But it doesn’t stop there. Dungeons are limited to the game’s four Divine Beasts, but alongside them you’re treated to 120 unique mini-dungeons in the form of Sheikah shrines, all of which are a blast to take on and showcase a remarkably sophisticated physics engine. Heart containers are mostly obtained by collecting Spirit Orbs from the shrines, but you can trade those in to increase your stamina instead. Hearts no longer pop out of enemies or grass but must be recovered from food. Weapons are now destructible and effectively infinite, and while opinions vary on that particular mechanic, I find it keeps combat from ever getting stale. You can also surf on your shield. And there’s little-to-no hand-holding. And yes, the game has Ubisoft-esque towers that reveal the game map, but Breath of the Wild does it one better: it just reveals the game map. Anything you want marked on your map, it’s your job to do so yourself.
All of these elements come together to make Breath of the Wild one of the freshest, most organic, and most addicting games of the last several years.

Story’s a bit naff, but we’ll get there in due time…

You are Link, and this time, it is 100% unalterably Link. You awake in a mysterious stasis chamber after being sealed away for 100 years. Having no memory and only an unrecognizable voice to guide you, you pick up a Sheikah Slate as your all-purpose tool, walk out of the cave and… everything else is up to you. Do you defeat the horrible Calamity Ganon, who destroyed Hyrule 100 years ago, and take back your home? Explore every nook and cranny of the world to become Claymore Stamina Ninja God? Or do you simply ride a wild horse into a death laser and tumble impotently down an incline to your death? You can do it all.

Due to the sheer size of the game, this is not a completionist run. I do have particular goals though: I will complete all 120 shrines, I will closely follow the voting results of polls I held before this LP began, and I will acquire the memories in as close to chronological order as I can. I will also have a second alternate run on hand for things that I missed and for thread requests, such as taking on Ganon right from the Great Plateau.
I’m playing this on the Wii U. Aside from throwaway extras added to the Switch version (which were also added to the Wii U version with the DLC), they’re identical.
Parts with long, voice-acted cutscenes will have two versions: Edited (commentary removed from the cutscenes) and Uncut (commentary over cutscenes). Most parts will not require an edited version. My co-commentators are Skippy Granola and YamiNoSenshi. 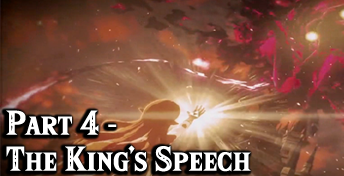 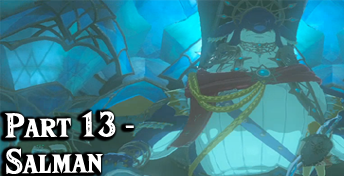 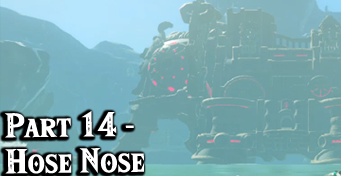 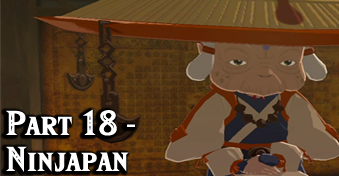 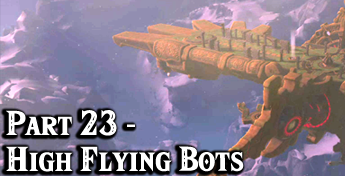 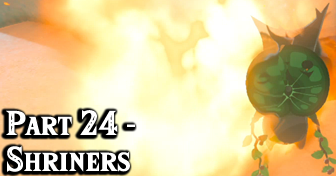 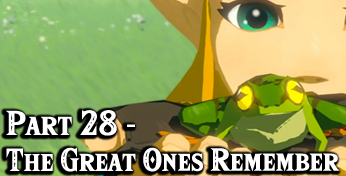 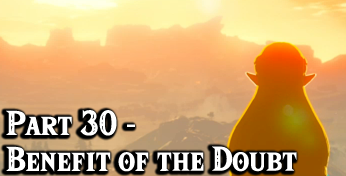 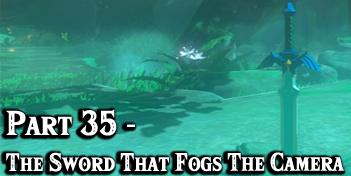 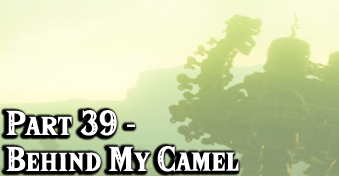 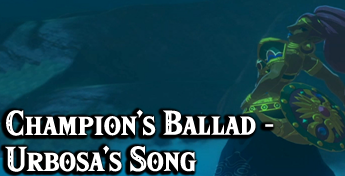 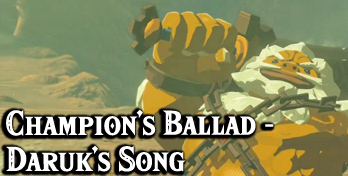 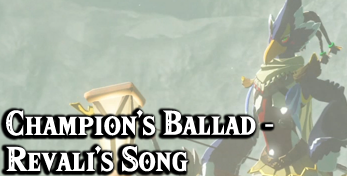 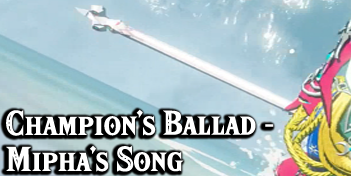 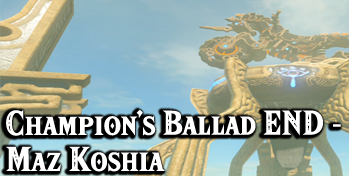 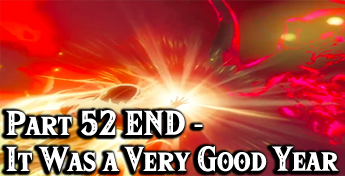 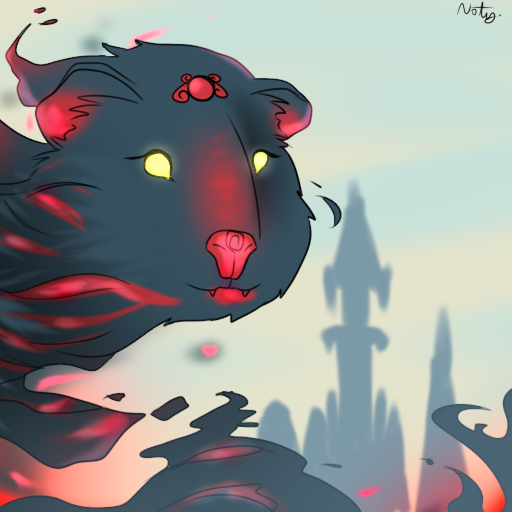 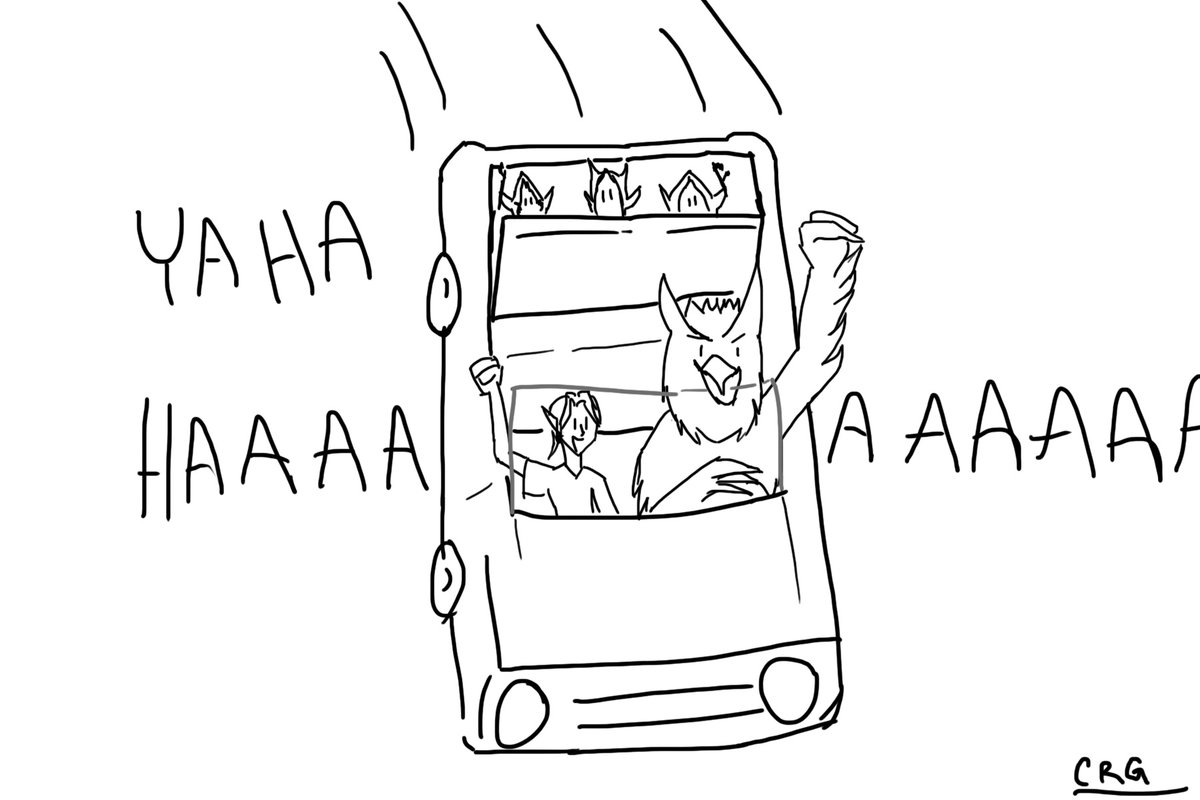 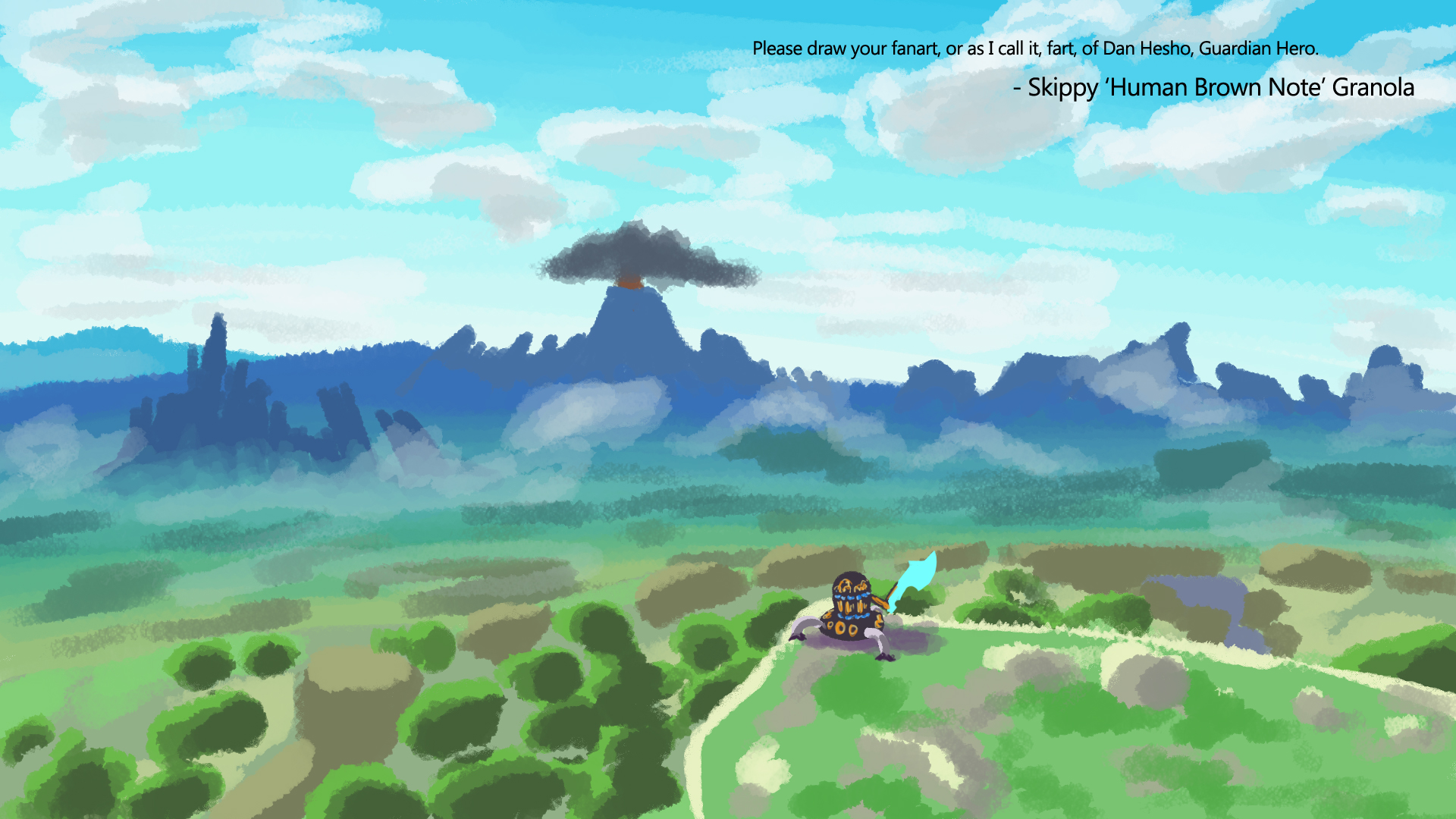 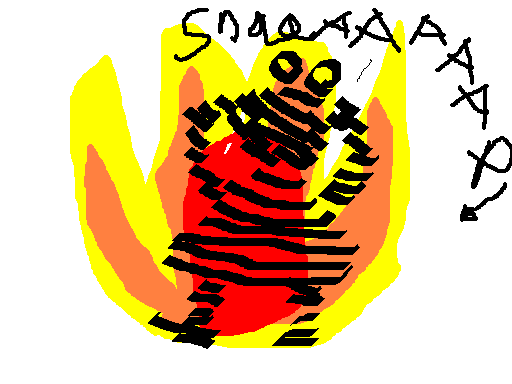 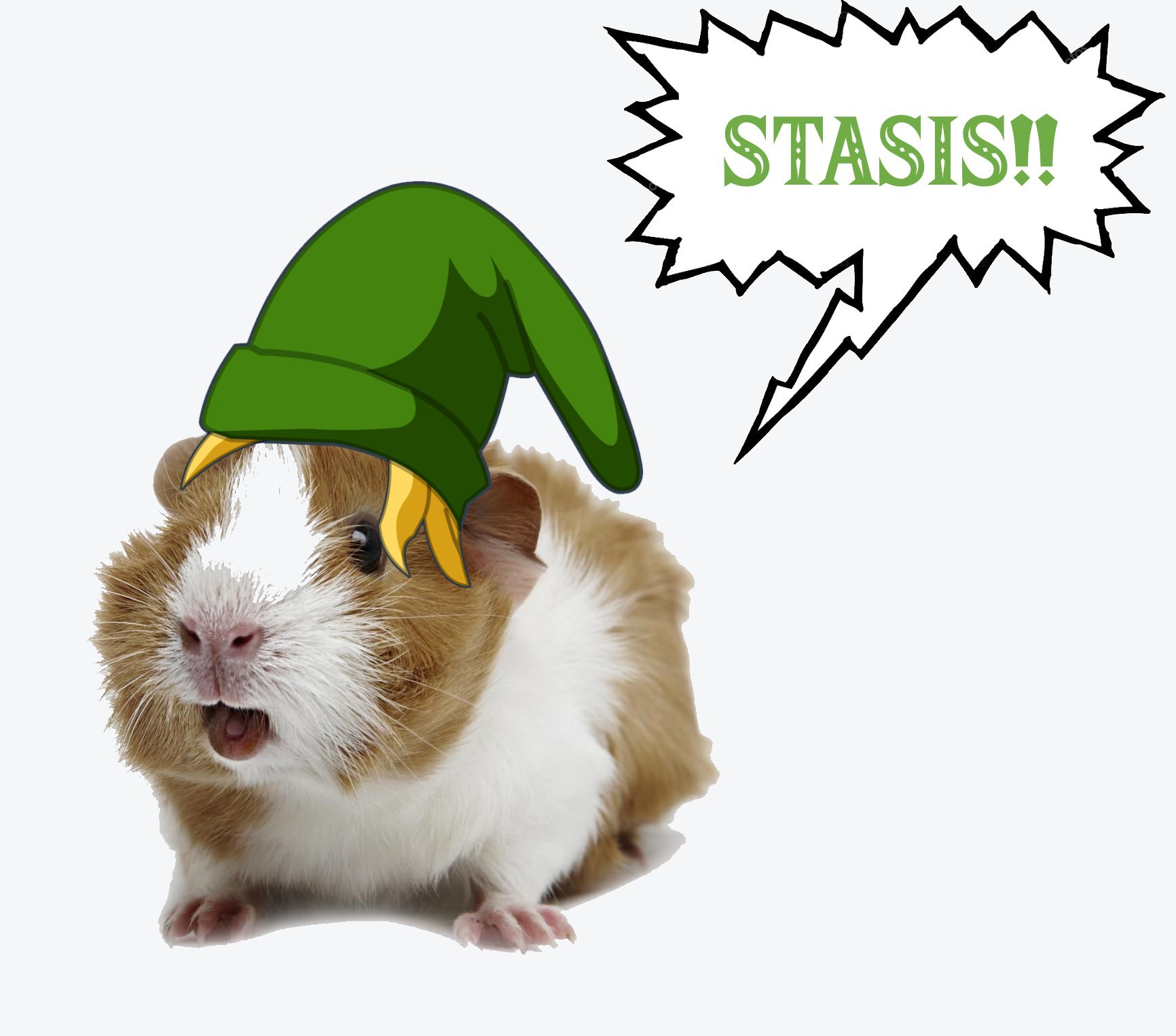 I’m on the fence about watching this lp. On one hand I really love your lps and especially your Zelda ones but on the other hand I really want to play this game for myself, even though I don’t have a switch or the WiiU version of the game since I’m waiting to get a switch when more games come out for it. I’ve somehow avoided story spoilers since the game came out and I kind of wanna go through it myself.

I most definatly will watch this lp eventually but I might not be a viewer right now.

Been waiting for you guys to do this before i watched any. Very excited

Ohboyohboy. I’m excited for this LP. I’m also looking forward to the shenanigans that will ensue with Skippy having played the game and Yami having not. I’ve personally been playing a lot lately, and it is an absolute blast, and absolutely does not hold your hand.
On the subject of timelines (I’ll spoiler tag this as a just in case), I know when Thorn was streaming BotW earlier in the year, there was a discussion of where it might fit in the tri-split Zelda timeline. We ended up positing that maybe,
since it is supposed to be so far flung in the future, that maybe the timelines somehow merged back together, and then the cycle of Link/Zelda vs. Ganon would then begin anew. And while playing, I noticed the Zora history tablets almost sorta looked like they had a diagram of the timeline on them.
Of course, this is me being conspiratorial, and it’s probably just a case of BotW being a huge celebration of all things Zelda. But where’s the fun in that?

With the intro and dicking about easily accomplished, it’s time to dive into the first two shrines, learn some enjoyably ridiculous new abilities, and get a taste of true fear.

There’s a certain satisfaction to setting grass on fire and watching it spread.

No, I do not have arsonist tendencies, why do you ask?

Though I have a Wii U, I’ve been holding off on getting this game until I eventually got a Switch, but I can tell that it was a good decision not to get this game yet, because I would be sinking so many hours into it.

We collect the last two runes, plus a nice jacket the hard way. By being spicy.

We get infodumped by the old dead man, plus some alternate routes and missed treasures in the tutorial area.

There it is, the Calamity Granon.

Also, that picture of “Link” looked waaay more like it was Ganondorf fighting Ganon, which would be… confusing.

Forgot to set this to public earlier today due to being heavily distracted by a certain season premiere. Either way, we’re off the plateau and exploring Hyrule’s vast bounty of things to kill and collect.

I’ve been holding off on getting a Switch because Reasons but I’m pretty sure I’m going to pick this up damn near first thing. I am for some reason endlessly tickled about the Sheikah tower making a computerized chest opening jingle when you get the map info.

By request, I stumble blindly into the pits of Guardian territory.

I gotta say, that pro dodge around 33 minutes in was a thing of accidental beauty.

A fun side thing I was told about: if a wrecked Guardian is sitting in a puddle, you can use Cryonis to lift it up and get more parts underneath. Of course, I play BotW like I play all open-world games, as a compulsive hoarder who will never sell anything “because I might need it later” (spoiler alert, I never do).

Also! If the loading screen is to be believed, the purple goo is in fact called Malice. My brother and I, being paragons of maturity, call them Ganon Farts. As in, “I can’t climb this tower because of all the Ganon Farts.”

The Guardians are right bastards because they’re programmed in such a way that they anticipate the most obvious countermeasures against them. They’re faster than you are, and can chase you down from very far away, but if you try running towards them they’ll back up and stay just out of reach while they continue firing at you. If you draw your bow, they’ll bob back and forth to make it difficult for you to hit it in the eye. If you manage to sneak up on one, or if you knock it over, it’ll start firing blindly in an attempt to catch you in the explosion.

Can you kill a Guardian by picking up one of its severed limbs and using it as a weapon? And how viable of a strategy is climbing inside of it and making it kill itself?

Guardians and hellfire. Just another day in gut-punch town.