"I Always Wanted to Be a Musician, But I Became an LPer." Let's Play Stranglehold! [Thanks to my good friend AwrySquare for the banner art!]

Stranglehold is a third-person shooter developed by Midway Games and released for the Xbox 360, Playstation 3 and PC in 2007. The game was developed in collaboration with famed movie director John Woo, known for his Hong Kong action films like A Better Tomorrow and The Killer, as well as a number of Hollywood productions such as Hard Target and Face/Off. The game acts as a sequel to Woo’s 1992 film Hard Boiled, his last Hong Kong film before moving to Hollywood. Stranglehold reprises actor Chow Yun-fat as Inspector “Tequila” Yuen, a rough-and-tumble cop tasked with taking down several Triads and mob groups across America and China.

The game takes a lot of influence from Woo’s directing style, focused heavily on style and cool gunplay. The player can dive and slide around obstacles, as well slow down time for dramatic kills. The game is loaded with large Mexican stand-offs and features a modified gameplay engine called “Massive D” that allows for almost every object in the game to be destroyed. There are also several special moves that are taken directly from some of Woo’s most iconic scenes. Everything about Stranglehold’s gameplay is meant to evoke a sense of flair and pizazz present in the best of Woo’s action scenes.

Plans were to produce a film adaptation of Stranglehold under John Woo’s company Lion Rock Productions, though it was later announced that the film would act as a prequel to Hard Boiled. No further news has been reported since the announcement, and the closure of Midway Games seems to imply that this project is dead, like all enemies of Inspector Tequila.

I’m the loose cannon ChorpSaway, and my partners on this case are TheJayOfSpade, FutureFriend and Taoc. Together, we’ll be running and gunning our way through Stranglehold’s brief but action-packed story mode. While we’re on the case, we’ll discuss connections to Hard Boiled for those who may not be familiar with the film, as well as other John Woo films as we see fit.

The game’s grading system is arcane and seemingly finicky, so I will not be getting a perfect score in this game, but my performance will at least be good enough for a passing grade.

It’s time to enter the world of John Woo’s Hard Boiled and see what kind of trouble ol’ Tequila is getting into these days. Cops from the Hong Kong Police Force are being killed in the streets, and Tequila is the only one crazy enough to go out there and follow the clues leading to the culprit. With just his guns and his wits in tow, what will he find in the harsh streets of Hong Kong?

You sure this isn’t a Suda 51 game? I kid. This sounds amazing and I’m excited to see how it plays out…sounds like it actually succeeds at what the game “Wet” tried to do.

2:04 to the first dove. This is definitely John Woo. And from the looks of it it’s…near identical to Wet, just no swords. Stylish and rad as hell, probably not actually that good. Still, gonna enjoy the hell out of it.

This game’s graphics style and jankiness reminds me a bit of Alpha Protocol.

The destructable environments look cool though and I am excited for more of this LP.

I love this game. I love the style, the washed out bloomy look, the fact that you can run up railings and the blatant riffing on Max Payne (which blatantly riffed on John Woo movies).

This game is giving me a Dead to Rights vibe but more slippy-slidey. The standoff sections seem pretty cool but I can’t see them being interesting throughout the game.

It’s such a small thing, but I really appreciate the addition of subtitles in a non-eeny-weeny font. As someone with bad ears it helps a lot with following the actual game dialogue while focusing on the wonderful banter to which we are accustomed!

Looking forward to the continued adventures of Inspector Butterbelly and the Gauntlet of Waist-High Surfaces.

Following a lead from last episode, Tequila finds himself at Tai O, a stilt city where many an illicit drug deal goes down. But he’s not here to stop the trade, he’s here for answers about who’s been killing cops! Well… maybe he’s also here to bust the Golden Kane’s drug trade. Tequila is a multi-task sort of cop.

Someone on twitter mentioned that Hard Boiled (I think) recently had it’s 25th birthday. I imagine if movies could appreciate such things, it’d be thankful for your hard work Chorps.

Random meth lab explosions are a thing and it feels really weird this game decided to incorporate into the level.

Today, Tequila continues his hunt for information in Tai O, taking down Golden Kane goons along the way and sending their drug trade to the bottom of the ocean. However, things aren’t as simple as they originally appeared, as Tequila comes face-to-face with some unsettling news, delivered by the last man Tequila ever wanted to see again…

You know this game is at least doing one thing right.

It’s making me want to watch the movie it’s a prequel too. I’ll probably do that later.

Hard Boiled is an absolute treat of a movie. It’s all over the place but has a charm and pizazz to it, particularly in its over-the-top action, that makes it a fun ride.
Also it will give you exactly zero insight into the game and its characters, outside of understanding where the style originated. 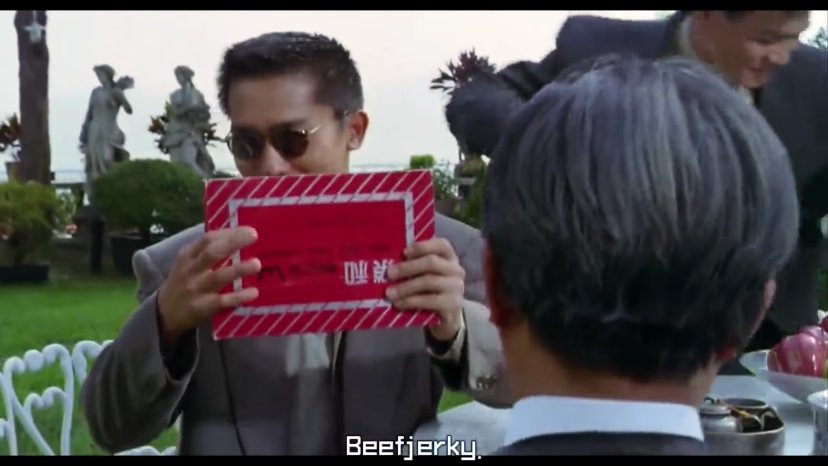 Yeah I think the next movie night for me and my friends will be Hard Boiled. Definitely.

Today, Tequila tracks follows the trail of the Golden Kane to the Mega, a restaurant doubling as a triad hideout! As he guns his way to the top floor, we learn more about what the Golden Kane are up to, and how that ties in to the Russian mafia. Will Tequila be able to find the answers he needs to continue his revenge, or will he just find himself staring down the barrel of a gun? Plus, Tequila finds himself in his natural habitat with the local jazz band! 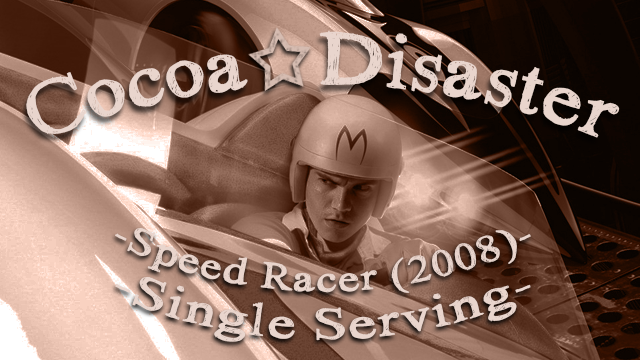 How poignant that during the Let’s Play of a game based on a movie, we do a podcast about a movie! FutureFriend, Jay and I meet on the track to discuss an oft-belied but fondly remembered Hollywood anime adaptation: Speed Racer by the Wachowskis! For its 10 year anniversary, we look back and see what it was that made people dislike the movie so much on release, and why it’s seeing a resurgence of fans and popularity recently!

That is one dedicated band.

Awful to play, amazing to watch. That band segment was fascinating.

The band section probably would have been a lot better if they weren’t located in the dead center of the crossfire.

Also since it someone mentioned it: 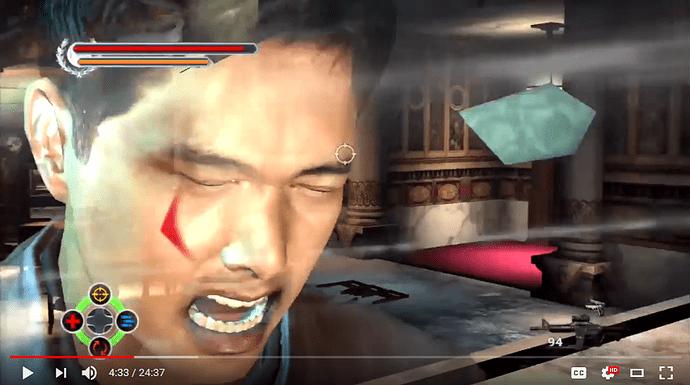 I think I played the demo of this 150 times when I had it on the 360. Thanks for finally revealing to me the horrible truth, that my experience was basically the same as playing the actual game.

Today, Tequila is on the hunt for his family, and Jerry’s here to help a friend! Now that we’ve made our way to America, it’s time to take the fight to the Russian mafia in their luxurious penthouse suite. The security is tight here, but our gunplay is even tighter! It’s time to see how a Hong Kong cop handles the Zakarovs!

In a better game this entire sequence could be fantastic. As it is, it’s alright.

Gold Member does intend to paint people gold, as an aside. Gold Finger’s name is just incidental to anything else though, beyond his desire to get his fingers on some gold.