How Many Brothers Does It Take to Screw in a Lightbulb? Let's Dunk on Two Brothers Until It Breaks 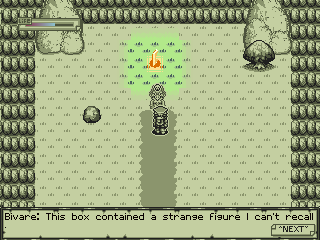 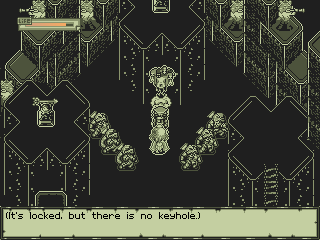 This is starting to look a bit like a Game Boy palette limited Undersea Palace from Chrono Trigger.

“You seem full of traps” sounds like something you’d read in a machine translation.

ROY: I suppose I should be thankful… you seem full of traps.
WALRUS: Mr. Speaker, I am for the big. Do not want.

Not to jump to the defense of this train derailment in process, but to be fair the walrus IS full of traps.

Noted in the next update.

Nah, that’d require planning and actually writing shit in advance, which the Allansons clearly didn’t do. I don’t think they even did a read-through of the script before release, let alone any kind of playtesting. The script, like the game itself, feels like a bunch of random disconnected bullshit that Brian Allanson came up with over the years, cobbled together without tossing any of it out, and then just published it on Steam because he could (and also because Steam doesn’t have a cert process).

I am the softlock.

Oh, right. I forgot to mention that I’ve been monitoring Ackk’s twitter page every now and then, and they posted what people believe is a replacement for the Golden Alpaca in YIIK - it gets replaced with a generic Entity that looks like Rory.

Of course, I’m not afraid because they’ll never release it, but if they do and it’s substantial (as in, adds more endings) I’ll probably have to go through the game again and re-open the old LP.

This entire area (up to the boss, at least) ALMOST goes without a single egregiously bad design element. Almost.

I hate that that’s a distinction that needs to be made in this game.

Gag me with a spoon. This has to be a backer. 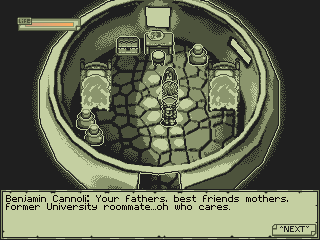 WHY IS THERE A SPACE BALLS REFERENCE IN THIS VIDEO’D GAME?!

This game feels like it has been an absolutely miserable experience from start to end, and I hope that you go and play something good afterward.

I don’t understand. Heroic…? What… how is this?

‘What, how is this?’ indeed. If Two Brothers had a plot or themes, I would have said that Roy going around wantonly disrupting the natural order by finding the Spectrum Thingies on an obsessive quest to avoid processing the grief of his wife’s death had been meant to be a bad thing. But Two Brothers has neither plot nor themes, so it wasn’t.

And where did the Christian stuff come from?

And the producer asked the brothers, “what do you call this number?”, and they said “THE ARISTOCRATS”!

No but seriously this game was awful what the actual hell. I thought you were joking about the 7 sages thing but nope it still just keeps on going huh.

“We’re THE TWO BROTHERS… our work is famous

: The good news is, I streamed it, so I can just download my VOD from Twitch and do it that way. No problem. Shit might get a little lower quality from here on out.

I dunno maybe because this game’s already starting on the ground I don’t see how the quality can get much worse. Oh, you meant image quality.

The official title, at least according to Twitch, was “Chromophore: Two Brothers Director’s Cut” so technically it’s still in the title. It won’t ever come out though. I don’t think they have the money to put into it.

Yeah. It’s so bad that you kind of can’t even call it out for being bad anymore - you’d go insane trying to keep track of the number of bad decisions made along the way.

I think what gets me about it though is the WAY it was bad. I’ve done speedruns of unity asset flips where you can tell the developer really didn’t give a shit, and that’s one kind of bad because you KNOW they didn’t give a shit.

This game you can tell they gave a shit, they were just… somehow wrong at every single possible juncture during development. 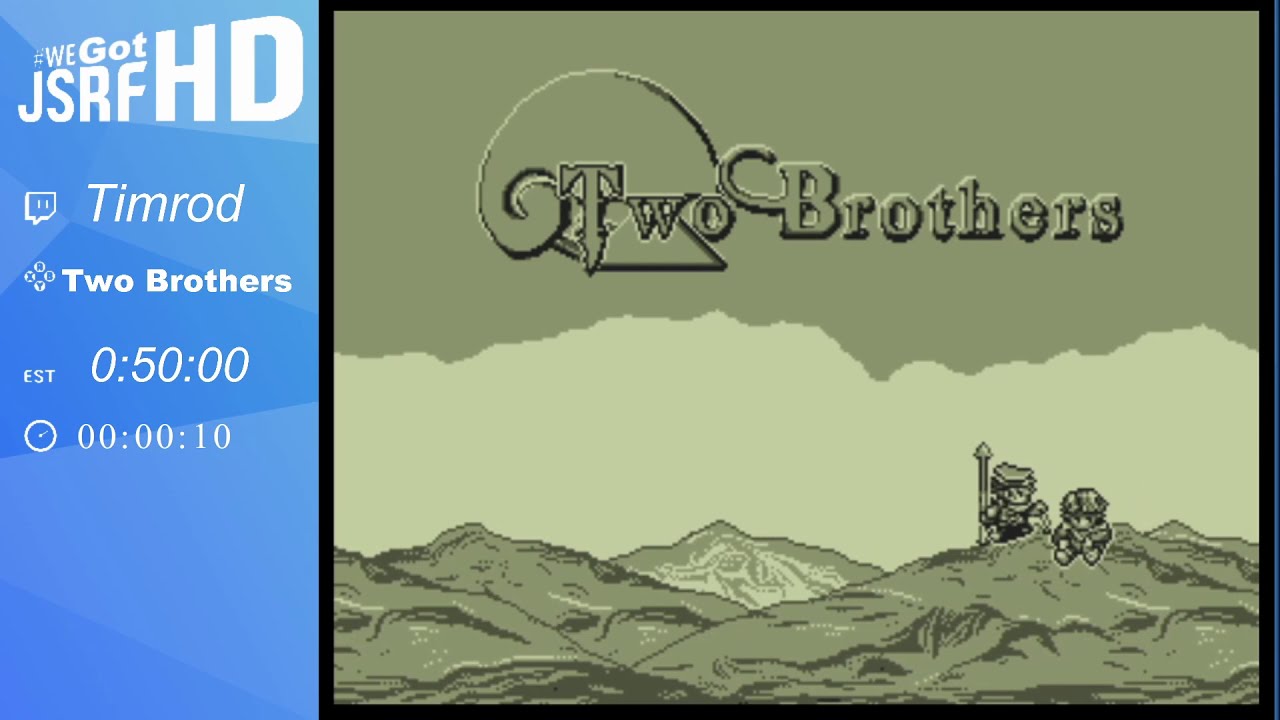 The commentary sucks because it was past midnight and I was filling in for a run that didn’t happen.

When we reach the end of a game, I want there to be a like…a sum-up. An elegant overview so we can fully understand the experience we just had. Okay. Let me try.

The game starts and ends with Roy dying. That’s something. Maybe there’s supposed to be some kind of mirroring of the Nameless One trying to get back to heaven/afterworld/whatever and Roy wanting to get back Loving Wife…except (maybe I’m misremembering) I don’t think that’s even his goal?

okay thats all i’ve got

I read this all in one shot, clearly a bad idea especially when I started getting sleepy half way through. During that time I kept asking “Why is this game called Two Brothers?” Gotta say the ending sure did deliver, (the final fuck you of this game.)

Since I think everyone’s responded to this who wants to, I’m going to ask @moderators to move this to completed.

On a side note, I have one minor adjustment to the typo counter. 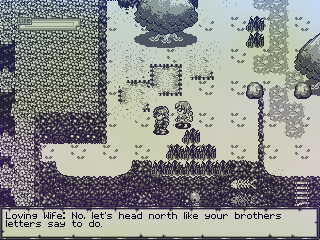 Back in Update 1, which I did at like midnight the night I put the LP up, I forgot that there’s no apostrophe in “brother’s”. This brings the typo counter to: