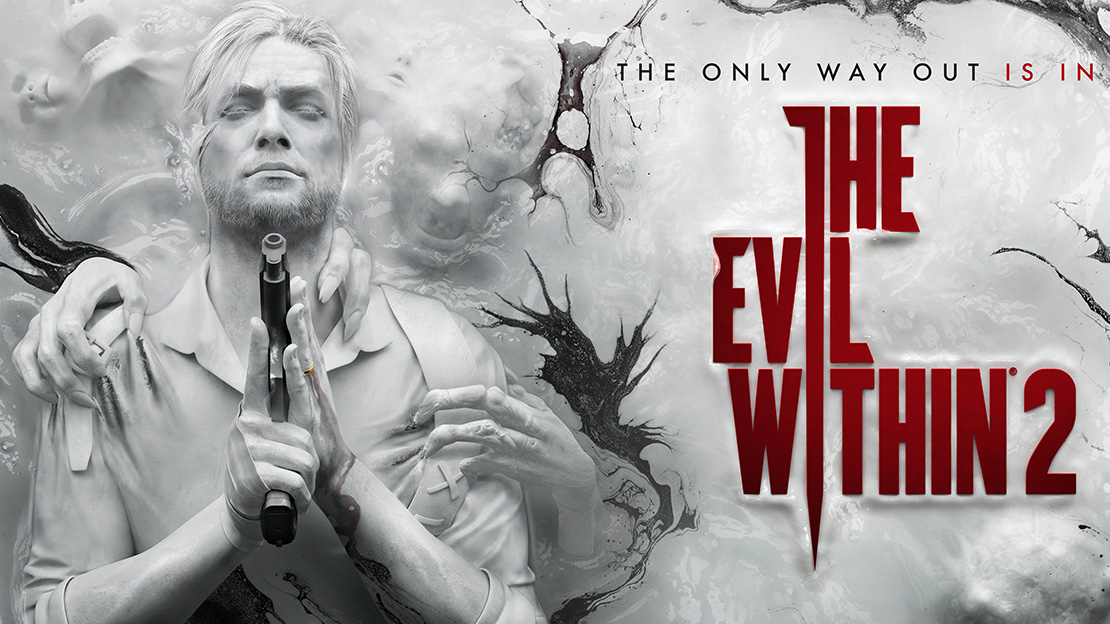 Hi. You may remember me from such projects as blind LP’ing The Evil Within two years ago, which actually went pretty well.

Well this is the same thing except it’s the sequel and it’s launch day as compared to about a year after the game came out, so we’re gonna learn to survive! Together!

The Evil Within 2 is a direct sequel, following our brave protagonist Sebastian Castellanos as he tries to find his daughter I guess? I was pretty sure she was dead. For some reason we’re going back into STEM, probably related to the daughter thing. If you haven’t seen the previous game you’re going to definitely be missing some context. Will all the plot holes be filled? Is SCIENCE?! still the reason everything is screwed up? Jeez, is Joseph still alive?

The game is pretty fresh but there’s still plenty of info out there if you look for it. I’ve been keeping myself blind from damn near all media on this game. I’ve seen one trailer and some promotional screens, and I plan to keep it that way.

DON’T SPOIL ANYTHING YOU JERKS

I’ve been looking forward to this LP for a weirdly long time, half to see what strange direction the story goes and half to hear your reactions to the high octane nonsense to come. Should be a wild ride if nothing else.

Looking forward to this one! Shame Seb’s VA isn’t the same.

I’m about three hours in and this game is really fun you guys. It’s less of a curated experience than the first one was so I’m worried I won’t have as many spooked moments.

This video is definitely a spooked moment though.

"Is this even art?"
As an artist I certainly hope so since that depiction is quite close to my style, albeit much better than most of my work.

I verbally go through four emotions in three seconds and I think it’s great.

Well, it was certainly not a good idea to have my dinner while watching this update! There goes the old appetite.

But you need to eat!

It’s a little old reunion, but still not with Joseph.

I’m 10 minutes into the first update, and if this game doesn’t end with the administrator, Kidman, and everyone else connected to this company getting domed, I’m going to be annoyed.

I can’t wait to start watching this LP and seeing where the story goes. My husband and I are first watching you play the first game so hopefully we can finish it soon so I can see the sequel. If it’s anything like the first episodes of the first game from you I’m sure I will enjoy it a lot.

Wow, it is incredibly easy to get distracted in this game. There’s SO MUCH TO EXPLORE. And get spooked by.

Hey Scruffy, I’m going through your blind run of the first game right now to get ready for this, and I like it a lot, and also it causes me intense physical pain every time you miss a key statue that’s literally within 2 feet of you.

You and everyone else who watched and commented in the first thread :v

Some of the enemies in this game are kinda dangerous I guess.

Time to stretch our legs and expand our range with another safe room.

It’s a new enemy! Which may or may not be fully explained later! I have no idea!

We explore some of the Marrow, whatever the hell it is, and find a new toy.

I can never get over how much the youtube thumbnail looks like David Bowie. I mean, I get that it’s probably meant to be Sebastian but I always see Bowie.

Been hoping for an LP of this! Time to catch up on the backlog, I actually really liked the first in ways, though not any of the actual gameplay, so II was hoping to see how the 2nd would go with more polished mechanics, controls, etc.