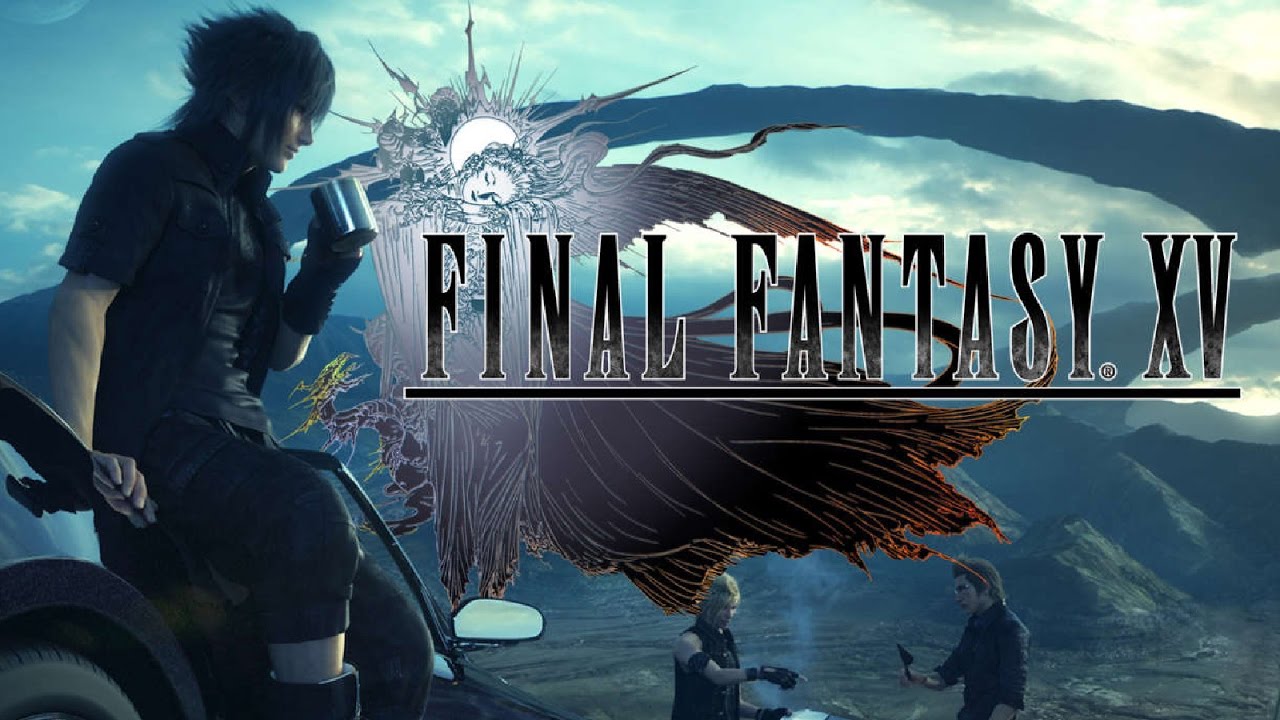 OwO what’s this?
FF15 at least from what I’ve gathered is an open world JRPG that whose main focus is politics. Well, the main focus is the son and friends of a kingdom which is under some turmoil from another nation. Noctis finds himself in an arranged marriage to a princess of another nation. Which, he’s known since he was a kid, but it’s been 12 years since they’ve seen each other. Of-course nothing is ever simple and quickly after chapter one is when things start going downhill.

Note~ I will be heavily editing the videos in the near future. So no more 2 minute long loads, and backtracking through areas will be cut down heavily.

Spoilers
Well seeing as this is a completely BLIND let’s play… Let’s keep the spoilers down to a minimum, I don’t mind game tips that I might not have thought about or something like that but when it’s spoilers about the game itself and its story that’s a big NO!
Not even in spoiler tags. We can talk about it after it happens.

Let’s Play Homework
So there’s a few things you should probably watch before getting into the game or even the let’s play. The anime Brotherhood and the movie Kingsglaive. I didn’t watch kingsglaive until a good way into the thing, but probably best to watch it after chapter 1. Brotherhood I haven’t watched yet but these were designed to be watched before the game was even released so it’s probably a good idea to watch them. Gives you some more of the world.

Reserved for whatever reason

So we learn a little bit about hunts today. (I’ll say this over the few videos) but I’m going to assume they’re going to be like how FF12 did hunts. Early hunts are kind of meh kill things hunts and the later hunts will be the real cool shit. Chapter 1 does seem to be the Tutorial Chapter, which means we’ll probably be in it for a few more updates I’m sorry to say. But don’t you worry! We’ll get more into the story here soon.

The best part of this game is Noctis’s Jacked Casual outfit.

Merry Christmas everyone! Normally I only post wed/thurs for updates but since it’s the Eve and (I celebrate on the eve) figure give you guys a present of an additional episode. We hit the road after a few hunts, meet Lunafreya’s pet Umbra who is a good boy and must be protected at all costs.

I will say Episode 4 will be full of side quests and only side quests. So I don’t blame you if you wanted to skip that one.

So this update is primarily about the good ol fashion side quests. I know that is super interesting for people and I don’t blame anyone for skipping this one. Tomorrow we’re back to main questing.

I know the whole “pointing out silly character outfits” joke is probably tired, but the Cup Noodles hat just existing on Noctis’s head and everyone in the world being A-OK with that is both hilarious and very surreal.

Everyone in this FF universe loves Cup Noodles so it’s probably something they see normally.

Who is this strange man that looks a bit like a vagrant? Well we won’t find out for a while or if you watched Kingsglaive before this point. Which if you had… SHAME ON YOU! It’s not your time to be cheating on the story thus far. I told you after chapter 1 which will happen during episode 7 is when we finish Chapter 1. Things start to open up to us a lot more after Chapter 1 since it’s more of a tutorial type chapter.

Just as a friendly note, Gypsy is a racial slur for the Romani.

Oh shit? Really I thought it was just a term for a drifter! I’m so sorry.

I changed it accordingly

So this is basically the last video until shit hits the fan. I find out what the Type-D is… We run into some interesting creatures of the land as well. So one things I do like is the showing of these fantastical creatures and maybe in the hopes that we’d actually fight them in the near future.

Also I will note that these have been recorded over a month ago, so if I slip up and say gypsy at any point in them I’m sorry for not knowing better at the time

This is it! After messing around for a bit we’re finally going to finish off chapter 1. The other chapters will go by much quicker so don’t you worry about that. But with the launch of this episode it’s a good idea to watch Kingsglaive. It fills in the missing pieces of what happened leading up to Noct’s road trip and what happened during that cutscene.

I keep reading “Cor” as Car and the idea of Noctis having a very emotional phone call with his vehicle is kinda fucking me up.

I keep reading “Cor” as Car and the idea of Noctis having a very emotional phone call with his vehicle is kinda fucking me up.

I’m a butt and forgot to update

So I got lost into editing audio for episodes 18-20 that I totally forgot to update! So nothing major really happens here mostly just doing sidequest, but from here on out we’ll try to do some more major quest and storyline quests every video. I can’t fully promise when that hits but it will be very soon™

We’re not going to back down. Holding on until our hands and minds are bleeding. This is our birthright! That’s right we’re continuing on again with more of that old fashioned story of love and revenge. Told time and time again.

But on the serious note, we finally are going on to reclaim what is ours. Weapons of our ancestors which I guess are super powerful but drain our health so it’s a big pain in the ass to use them, but hey at least they unlock abilities for us the more we use.

We just keep going on with the story~ Fighting some Empire scum left and right even if they’re mostly just andies. It’s amazing this guy is named Loqi because it’s a total joke. Next episode we’re looking after some Chocobos, aka the best part of ANY final fantasy game.

We’re on a Chocobo Rescue mission you guys~ Killing a nasty giant kitty that’s been feasting on some birds. I was really excited to fight this Behemoth only to find out it’s more of a gimmick fight than anything else. Really feel like they should have done a better “taste of things to come” cause we won’t be seeing them for some time, and I do mean some time. I still haven’t really encountered one in normal gameplay yet. So I can only assume there will be some at higher levels cause there always is. Either way, congrats to us for helping out some of the coolest birds in the business.

We’re slowing our roll with going back to side quests and the like, I can’t say anything major really happened as it’s mostly just hunts and cleaning up other things as much as possible. I honestly don’t have much to say about this episode outside of fuck trying to find these goddamn frogs! Who thought this was a quest we needed to have?