Gonna Nab a Few of Them - Let's Play Pokemon FireRed

You ever just finish playing Super Mario Brothers and think, “Boy, I’d sure like to journey around the continent with some animal buddies?” 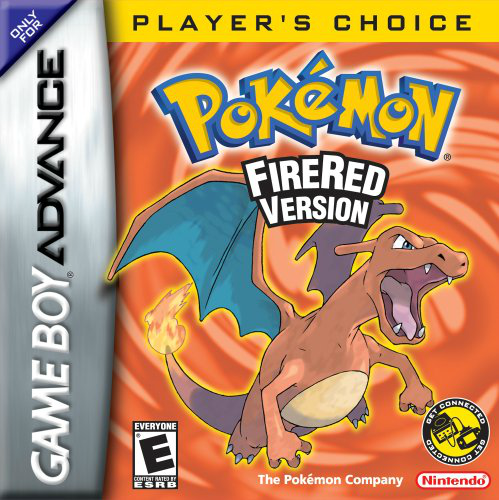 Pokemon: It’s fairly popular. Debuting in Japan in 1996 and the US in 1998, the initial Pokemon games were a huge hit. As were subsequent games. Really, it’s hard not to know at least a little about Pokemon through cultural osmosis. That being said, the original games were kind of a mess. Like, “held together with duct tape” and “boy did they not know how to balance this” kinds of mess. So, in 2004, Game Freak used the engine of the then-current games and remade the original games. And thus, we have Pokemon FireRed and LeafGreen versions. These remakes are a part of the Generation III titles, so there are quite a few quality of life additions over the original games that help pick up the game’s pace and balance it slightly. Like the originals, both FireRed and LeafGreen don’t differ in content that much, the main difference between the two is that certain Pokemon are either more common or only available in one game over the other.

If you need a quick rundown of Pokemon basics, it goes like this: you get an animal, you catch other animals, and you build a team of animals with different elements so you can effectively defeat other trained animals in combat. There’s more complexity in the stats and moves of each Pokemon, (which is difficult to learn on your own considering grinding in this game can be tedious,) but for the most part the main story of the game is mostly about learning the fundamentals of Pokemon Types.

So if it wasn’t obvious from the thread title, this won’t be a 100% Pokedex run. Catching them all has never exactly been easy, (or possible without somebody who owns the other version of the game,) and it gets harder between generations. So this will be a casual run through of FireRed, though I will be cutting unimportant random encounters and some of the fluff from common trainer battles. But my boyfriend @LoakaMossi will be joining me for this one, so “fluff” doesn’t refer to “basically the entire fight because I can’t think of how to talk about a Horsea after the hundredth time I’ve seen one.”

Part 1: The Tortoise and the Trainer 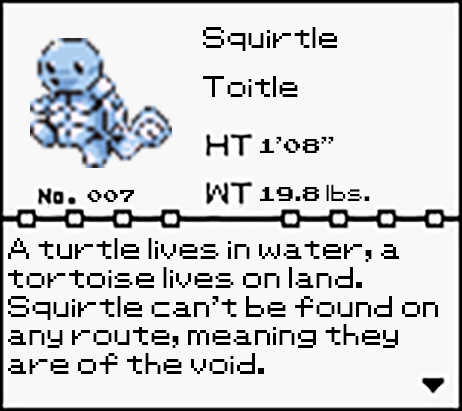 (Link is in the very legitimate and real Pokedex entry)

Our story begins as pretty much any good hero journey does: after playing video games, an old man stops us from walking through the grass so that we don’t get mugged by tiny animals. From there, we meet our rival, our turtle friend… and walk back and forth between two towns. Gen I was rough.

Wait what? Excuse me?

This is going to rule. Finally, I may get to learn your genuine opinions on shorts.

I like how I’m introduced as your “friend” because we recorded this just before we went public with our relationship. Super excited to be a part of this LP! 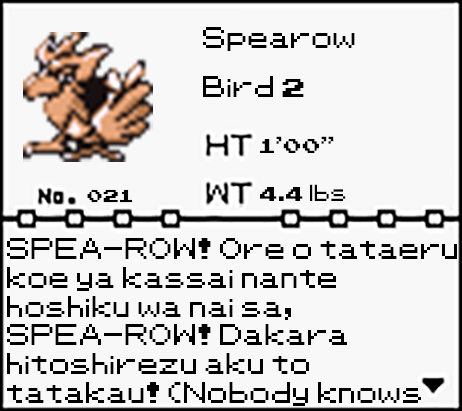 Did you know: Hardin Harden is actually a Dark/Steel type move. 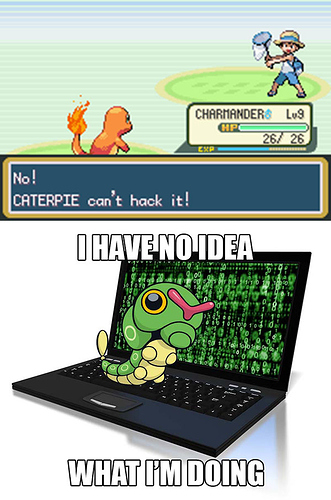 Haha when Hideki’s Pidgey used sand attack. What a dick.

Yeah, caterpie already has the word pie in its name so there’s technically no need to change its name to fit the naming theme.

I appreciated the brief foray into Fire Emblem jokes.

Um, Haiyu might technically count for the naming gimmick because it’s a food brand. So good job! You did it on accident! 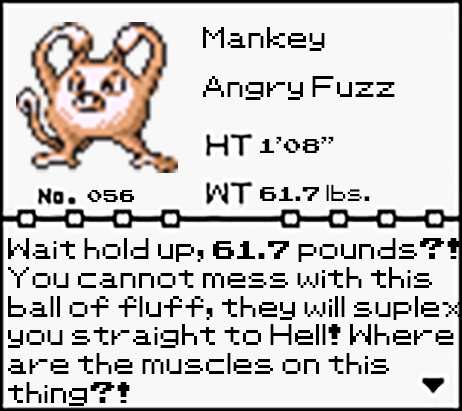 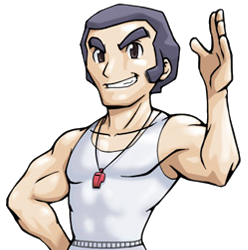 Oh, I guess we also face the first gym leader in this episode. But Poke Dude is here! What else do you need? 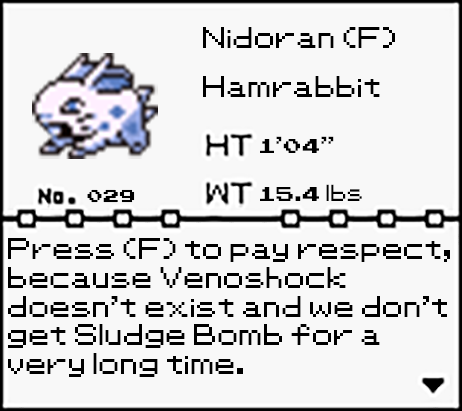 Now that we’re done with Pewter City, we move on to Route 3. Which of course, means only one thing: it’s the perfect time and place for shorts.

It’s been called “Pokemon Creepy Black” ever since an official Pokemon Black came out.

As far as creepypasta go, it’s not awful? It’s not even the best Pokemon creepypasta I’ve read though.

Part 5: Rockets to the Moon 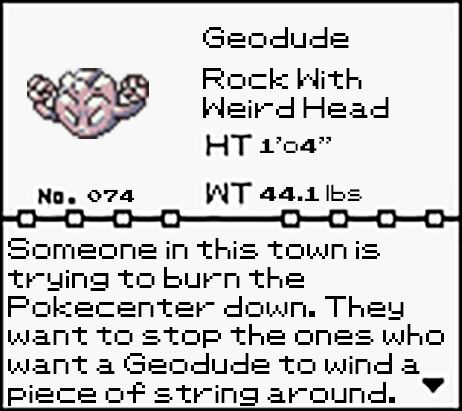 Today on our trip around Kanto, we explore our first cave. It’s not even the worst cave on the continent, but Mt. Moon is still a good example of why not many people like caves in this series. Oh, and I guess Team Rocket’s doing some crimes? I feel like they’re just loitering at this point, but maybe someone ought to beat up their Zubats just in case.

Because I’m sure you’re all wondering, my brother’s third shiny pokemon was, in fact, a Joltik.

I caught a shiny Delibird in Pokemon Go, but that’s not the same. 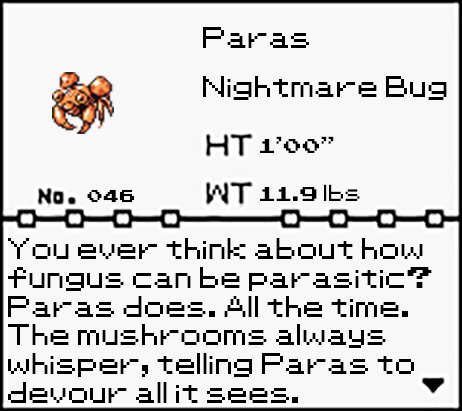 We’re here in Cerulean City, but the gym scares me so we’re going to fight a bridge cult instead. As you do.

Part 7: Flowing Through the Cape 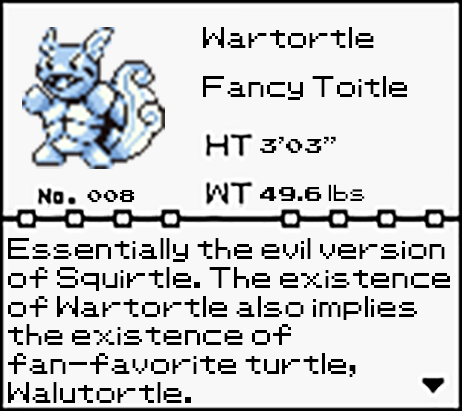 The gym remains daunting, so why don’t we take a quick trip through Cerulean Cape? This time around many non-Cult trainers await us, but at the end of it all we meet a blasphemer so it’s less of an improvement and more of a horizontal shift. 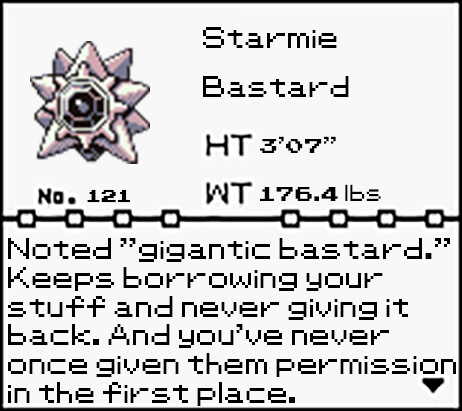 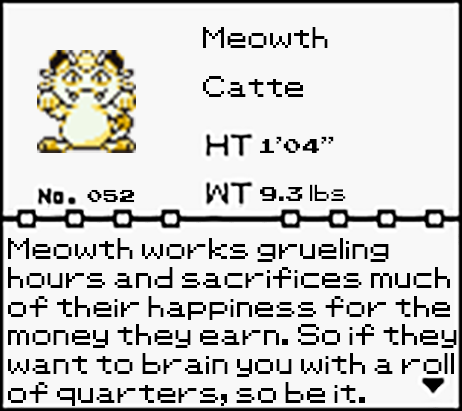 With Cerulean Gym finally overcome, and our hero Haiyu parting suddenly during the night, we move on to the next town. Which isn’t Saffron City, because the road’s closed. So, there’s not much else to do other than take the Underground Path and see where it leads. 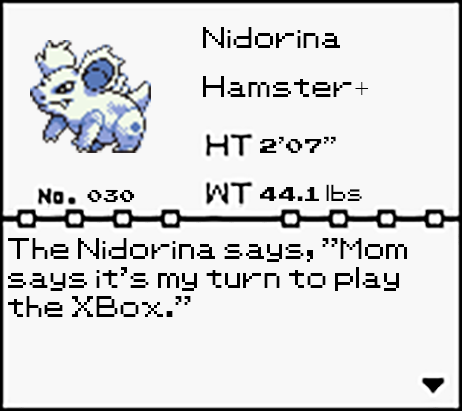 Thanks to Bill, we have a ticket for the S.S. Anne. It’s currently docked at Vermilion Port, which means we get to go to a party! … Or at least it would, if not for the fact that the party ended hours ago. Thanks, Bill. But while we’re here, we might as well fight E V E R Y T R A I N E R. 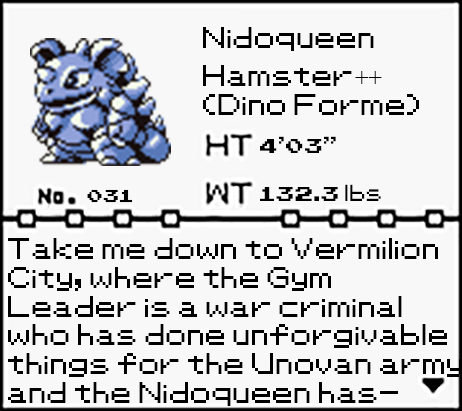