Get Your Medusa Head In The Game - Let's Play Castlevania: Aria of Sorrow 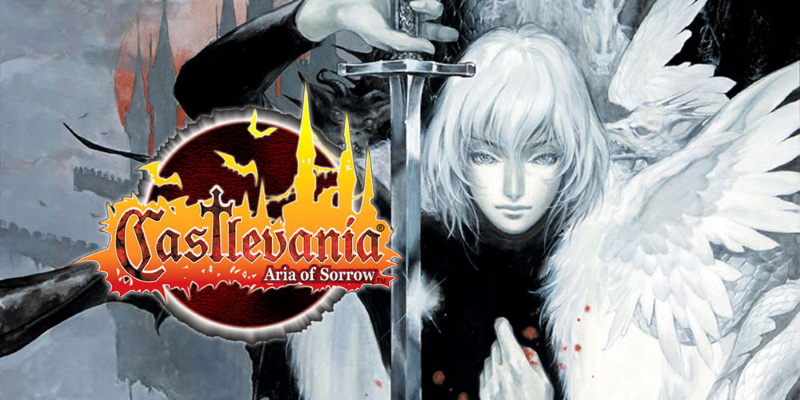 Released in 2003, Castlevania: Aria of Sorrow is one of the last and best Metroidvanias made for the Gameboy Advance.

After Dracula’s final defeat in 1999, he and his castle were sealed into the eclipse because reasons. In 2035, Soma Cruz and his fabulous coat were sucked into the eclipse, and now he must conquer the castle and absorb the monsters’ powers in order to escape, and find his girlfriend a personality. The game’s story is simple and predictable, but it does what needs to be done, and provides a twist that is, if not surprising, at least creative, and takes the series in a new direction.

We’re gonna be ignoring all of that shit.

My name is PMush Perfect, and I am going to be performing a challenge run. Specifically to spite this game’s RPG elements, I am going to be completing the entire game without ever killing a single unnecessary enemy, up to the true final boss, Chaos.

How’s this gonna work?
This is going to be a hybrid LP of a sort. On Normal, I will be completing each section in a single run, with deaths mostly edited out, using subtitles to explain the strategies and quirks of this particular challenge. Then, once you know what I’m supposed to be doing, Hard will be a montage of my many, many deaths (and occasional successes) for two co-commentators to bathe in schadenfreude and laugh at me sucking at video games. There will be a rotating roster for the latter, so if you have a mic and a sense of humor and you want in on this, shoot me a PM.

Spoiler Policy
I would prefer we avoid gameplay spoilers, because for anyone who does not know the game, I don’t want to ruin the surprise of just how I’m going to get my ass kicked. Story spoilers, I’m much more lax about, and won’t really be paying any attention to. If you’d like a more standard run of the game, I recommend Garin’s Hard Mode LP. It’s definitely not a bad story, just not what I’m here for.

This is a really interesting idea for an LP, and if you need commentators down the road I do enjoy me some castlevania!

(In all seriousness, I’m definitely liking this idea. I’ve watched a playthrough of this game before, and I’m really curious to see how you get around fighting everything)

I’m also pretty intrigued. I was never good at any Castlevania game, and doing a pacifist run sounds nuts.

How are you recording the video? It looked like it was a pretty low framerate, and I found it hard to watch in some places.

Also, do you think you could increase the time the subtitles are on screen for?

This time on Medusa Head: Expositional yet pointless dialogue.

After some time away due to a misunderstanding and bad-brains, we return, with several new videos for your viewing pleasure!

Volume Warning for Hard 02! This video gave me hell to edit, so I ended up getting very lazy in the particulars of the audio leveling. I gave it a once-over, but by the time I was done, I didn’t even want to look at the thing any more. Just a heads-up!

The volume in the hard mode video seems about ok? Your music choices really make this.

This Time on Medusa Head: An actual, honest-to-God update.

Well, I’ve been going back and forth on this for a while, but I think it’s time to just admit it: I’m not good enough to complete the Hard mode version of this challenge. Not while keeping up all the work required to record and keep track of everything I’m doing, and even if I do eventually succeed at the Valkyrie tower, there’s a lot more and a lot worse to come. Dreading doing it almost killed the LP, so it’s time for me to throw in the towel.

Normal mode will still continue just fine, though! (I’ve actually got all the raw video recorded, now it’s just a matter of effort.)

This time on Medusa Head: Making up for lost time!

Really weird how they let you use other souls in the Black Panther slot. That just cuts down on your Black Panther-ing time.

Maybe it’s for people who have a challenge to not use Black Panther.

This Time on Medusa Head: No montages!