Get Ye Swamp: A Choose Your Own Adventure Escapade

Welcome to this maiden voyage of the Choose Your Own Adventure genre on these Let’s P’zone forums. I am tlarn, and you shall help be in guiding our hero through their quest. Updates will be sporadic, but I will attempt for at least one every few days.

The Kingdom has fallen. The Great Armies have flooded the land, and are as we speak pillaging it for every resource it has to offer. One by one, every bastion of civility and decency has fallen.

You awaken in a place you do not recognize. In fact, you awaken with little recollection of who you are and how you got here. Perhaps this will be where our journey begins. 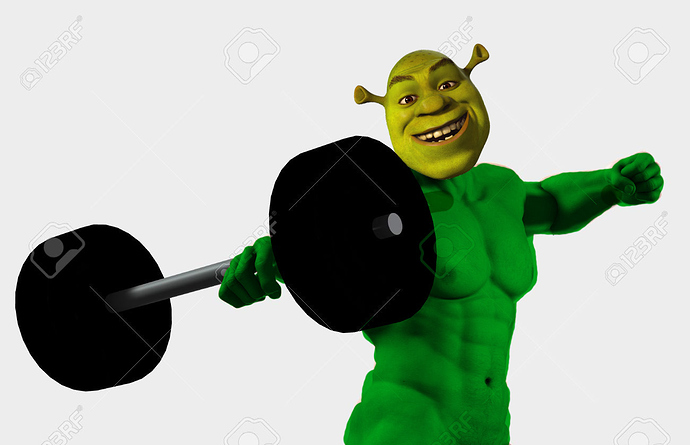 Who Is Our Hero?
(post below with suggested actions or input, best/funniest will be used)

Our hero is Jim. From accounting.

John Olive, of the Olea Europaea kingdom. A fairly juicy man that speaks a lot, but only once a week. 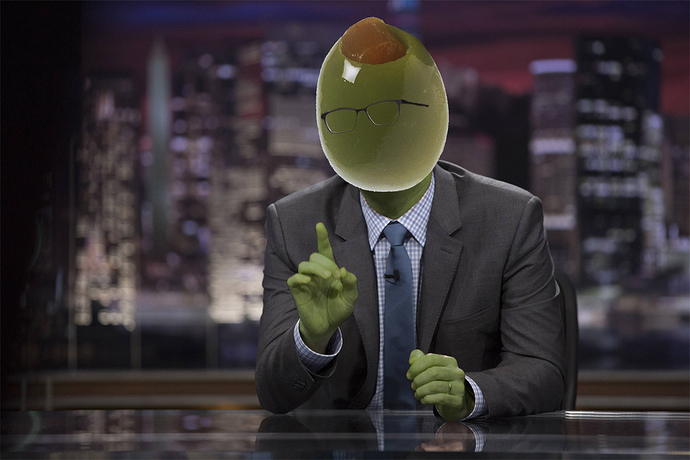 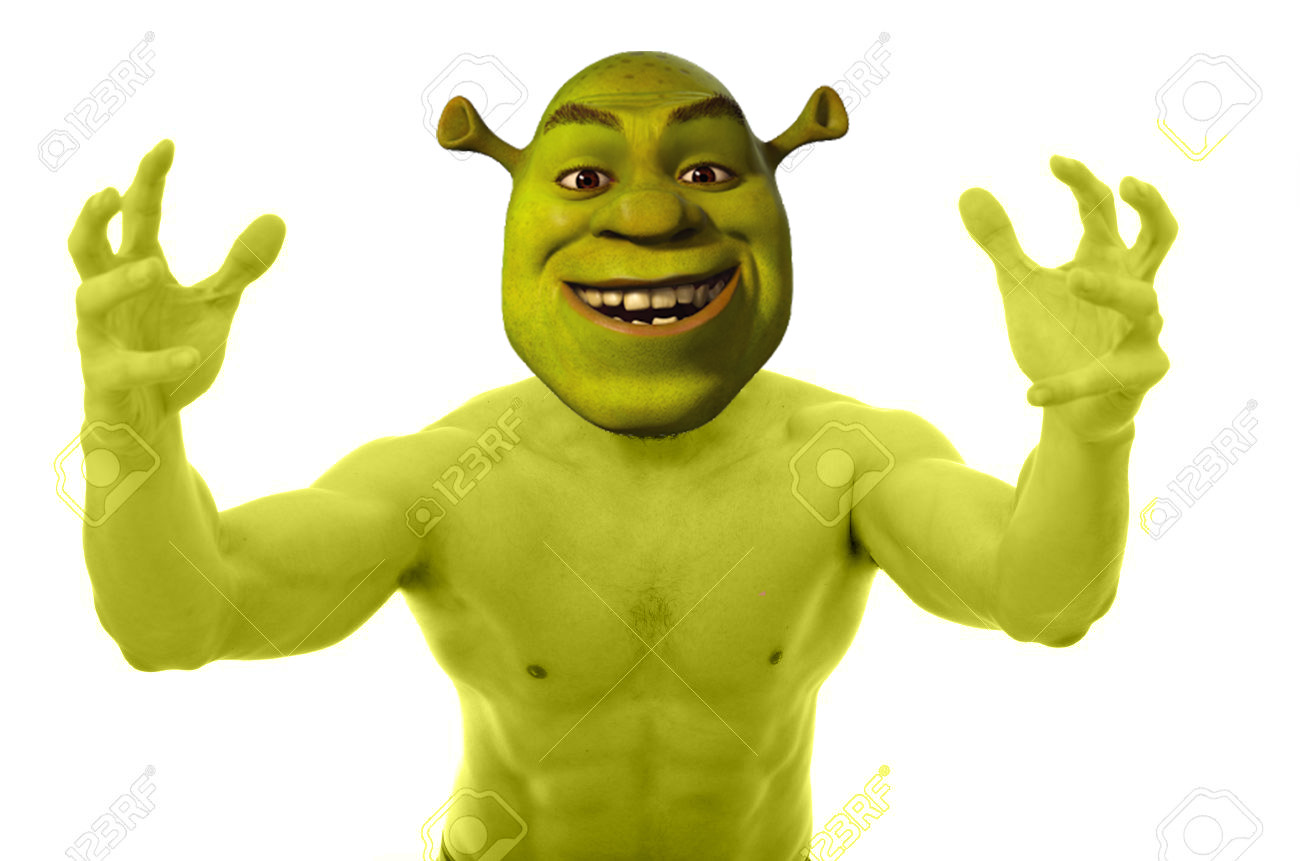 Why, of course! You’re Jimmy Olive, of the Kingdom Olea! Your mentor was Laurence Olivier! How could you have possibly forgotten?!

Now that you have an idea of who you are, perhaps it’s a good chance to discover where you are?.. 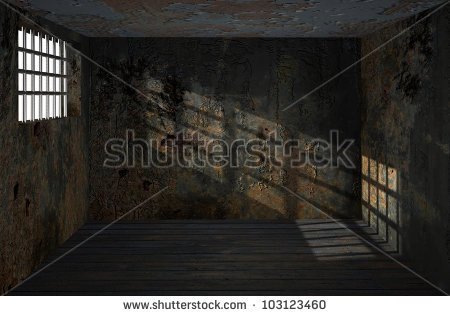 You’re in a jail cell. There is a window, a floor, a ceiling, and walls. There is sunlight coming through the window, and you can hear the birds outside making beautiful birdsong.

What Does Jimmy Do?

Mustering up the courage, you look outside the window… 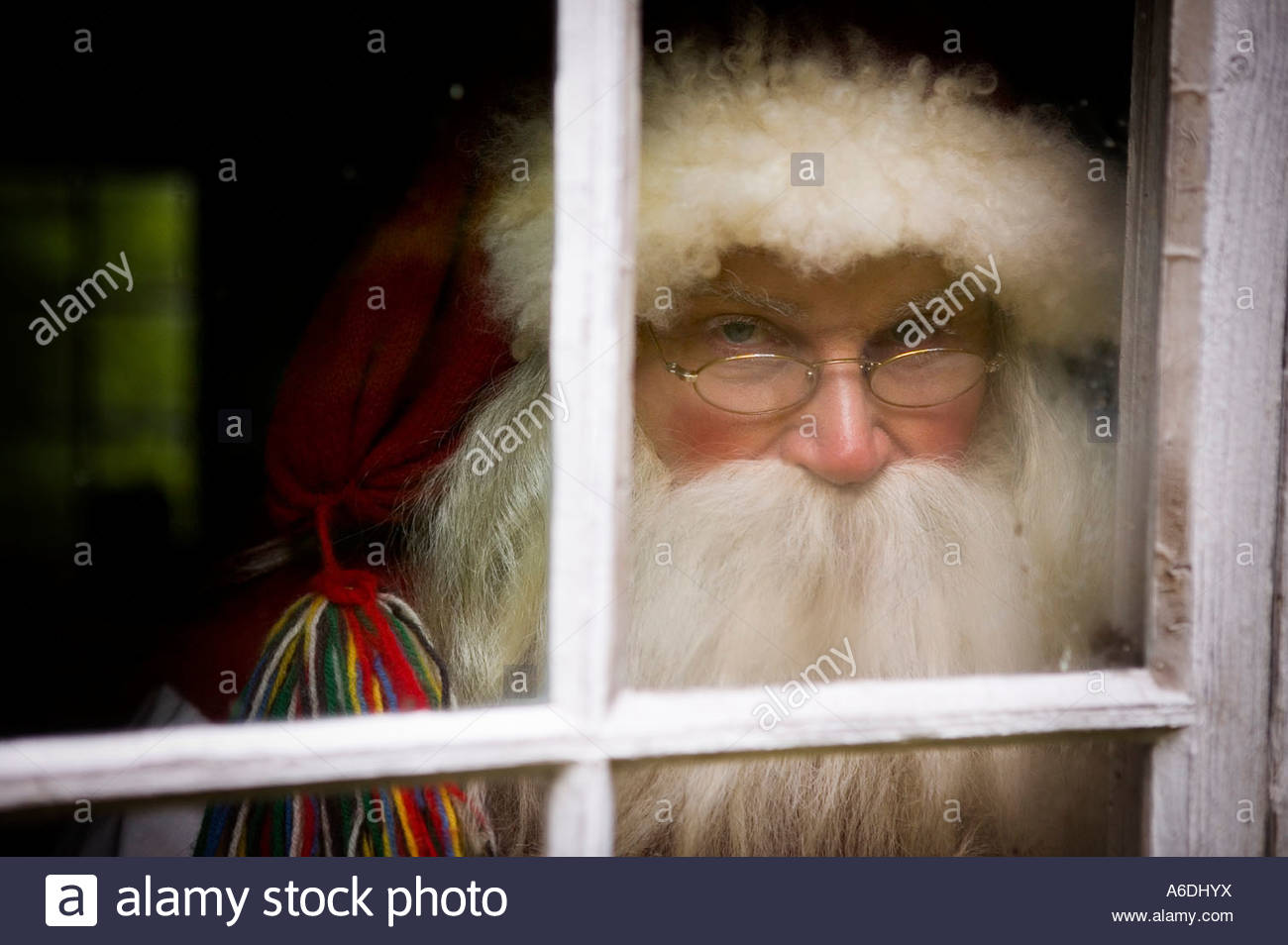 Why, it’s ol’ Saint Nick! And he looks pissed!!

“It’s about time you got up,” says the usually-cheery Father Christmas. “Do you know how long I’ve been waiting here? It’s almost February. What do you have to say for yourself?”

You tell the King of the North Pole that it was not your fault, it was-

Before you could even finish your sentence, Santa Claus enters your cell through the window, using his saintly cantrips. As he rematerializes, implements of pugilism appear on his fists.

“How dare you attempt to scapegoat someone else for your folly! I’ll have to mete out the rest of your punishment here and now!” 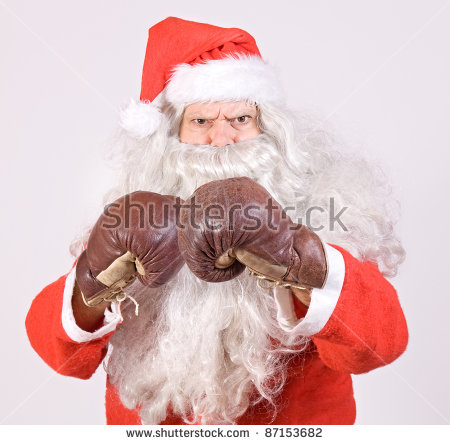 THE OUTBREAK OF BATTLE

Santa Claus has challenged you!

Surely you have a weapon?..

Fire olive pits at his eyes

Check inventory,
Combine all items in inventory into one super weapon 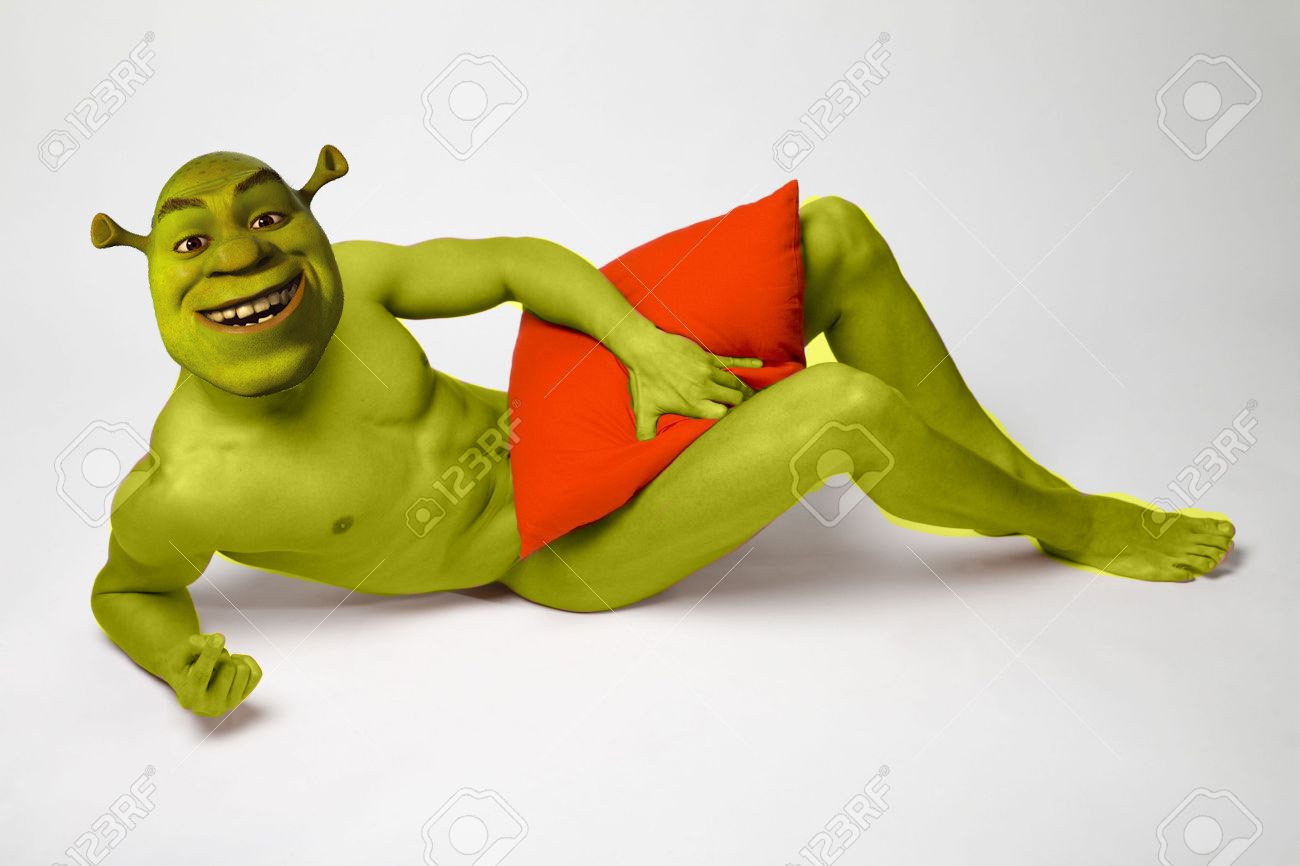 Of course, the pillow! The perfect tool for getting a point across without lasting damage! No-one would want to ruin Christmas, after all.

Jimmy Olive gets equipped with Pillow!!

However, in using your turn to get said pillow, you have given Kris Kringle a free attack! And he intends to use it! 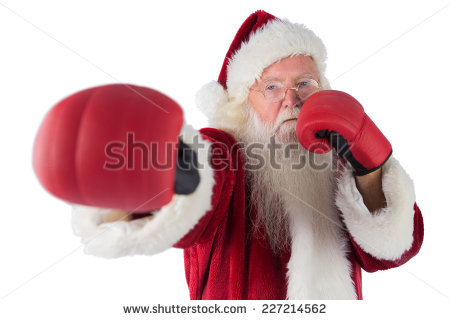 “A pillow?!” Santa bellows incredulously, and it is in this moment that you quickly search your pockets for anything you may have forgotten. 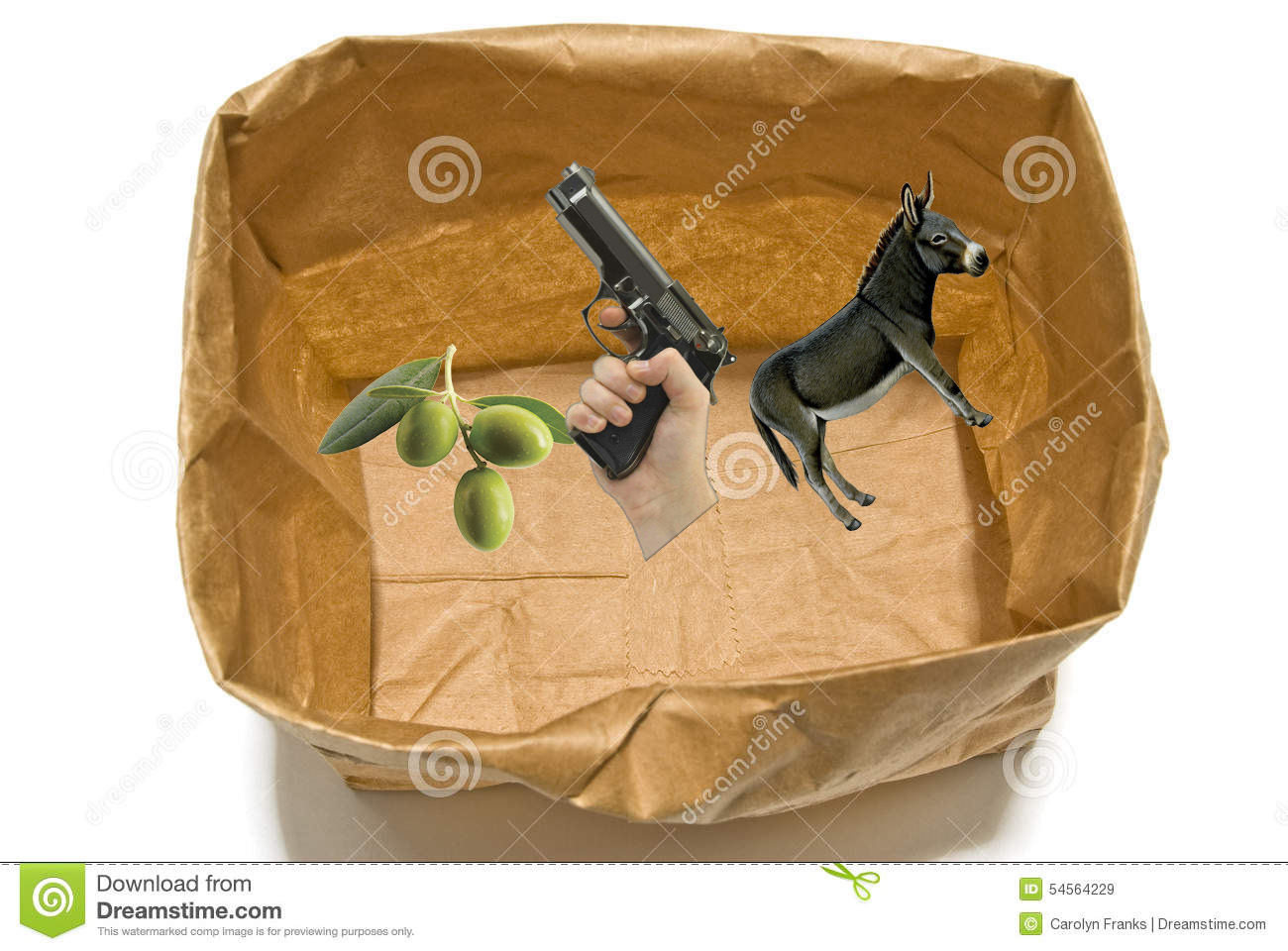 You reach for the olives, but a voice deep within you tells you there is a time and place to use these sacred artifacts. The voice is familiar…

Instead, you reach for the other items in your pocket. Alone, they could not do much to stop the Jolly Friend To Children Worldwide, but perhaps, if they were put together…

Through the power of synthesis, the knowledge of which only your hands remember how to do, you create: 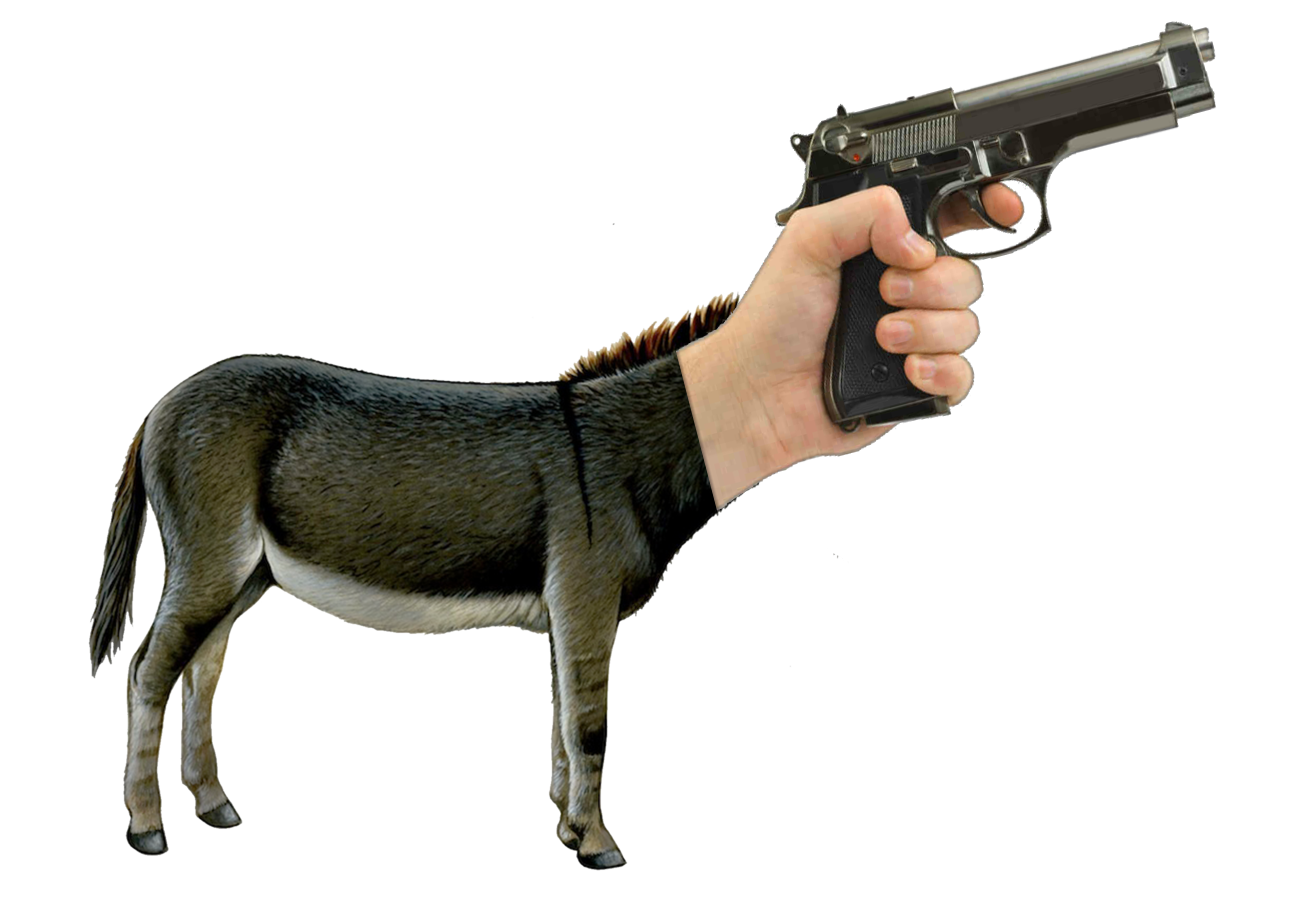 A Gunkey emerges from the eldritch union! It clicks at Jimmy, perhaps waiting for instruction.

Trick Saint Nick into destroying the door, then escape on the Gunkey. Shoot any guards who try to stop you

Obscure Santa’s head with the barrel of the Gunkey, blinding him.

Load the Gunkey with olives, and aim for not-so-jolly Saint Nick’s mouth.