The Off-Topic Board is full of all sorts of subsections, from our buddies into cartoons, anime, and just about everything else

But when it comes to television, my guilty pleasure is that of the game show, the game play, the strategy, the trivia, all fascinating stuff that has been a part of Americana (and global television as “Entertainment”) for decades!

So let’s take a look at some game shows that have come out in recent times (those that have been cancelled, will be blacked out and new game shows in it’s placed) 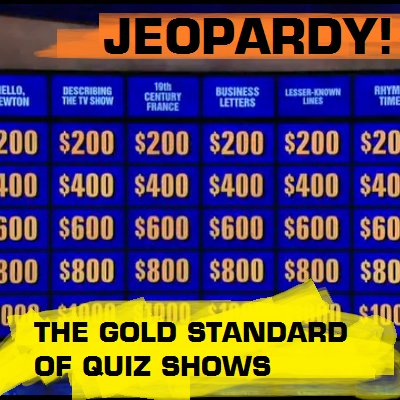 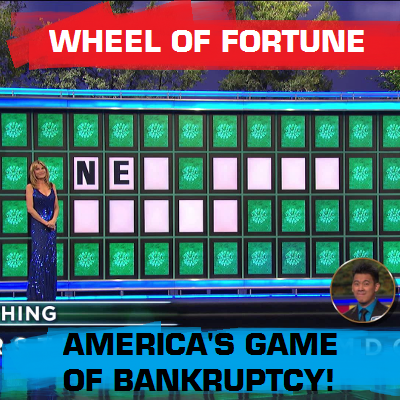 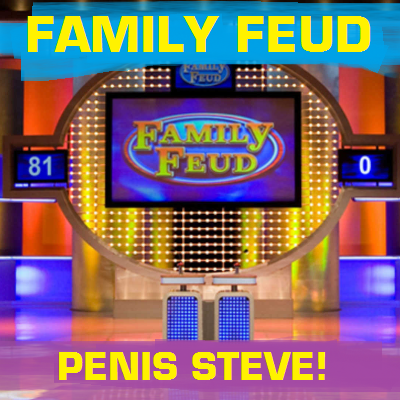 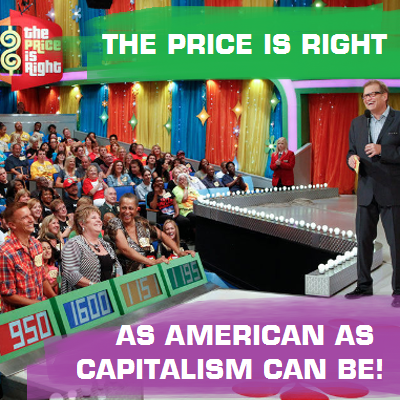 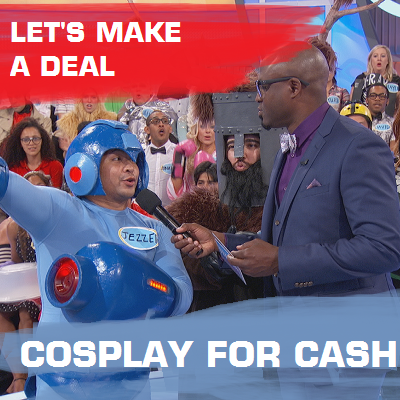 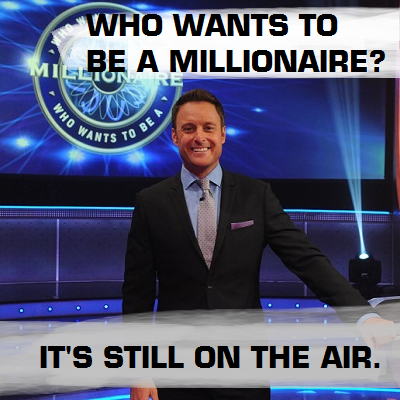 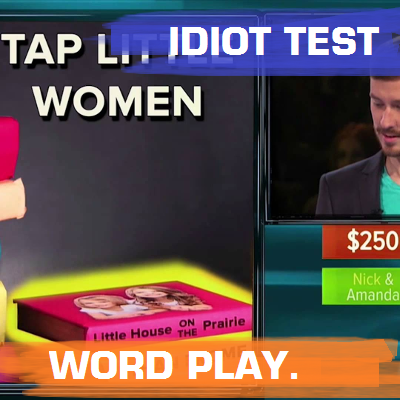 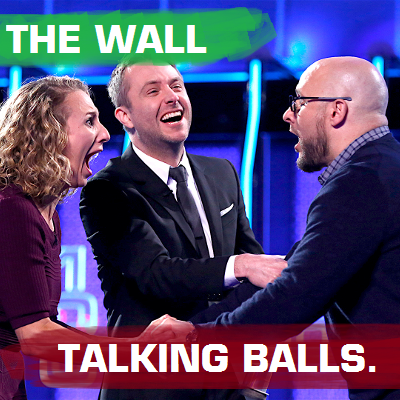 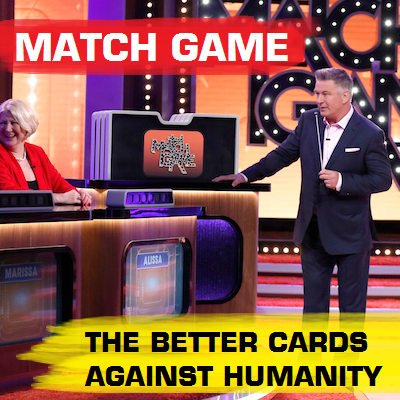 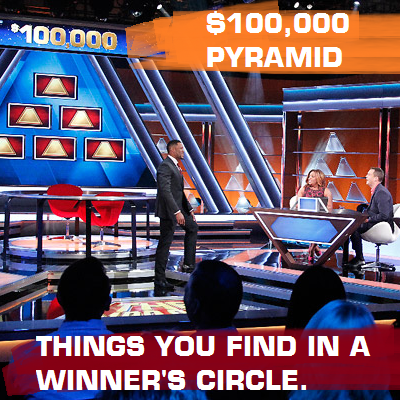 BuzzerBlog has excellent news and editorial for game shows.

GameShowNewsNet is great for an industry-style report on game shows.

BothersBar is your source for UK and Europe game shows and editorials.

UKGameShows is the industry-style report on game shows in the UK.

My definition of a game show is simple, half game, half show.

The game is that of which there is a goal in place, with a win condition or lose condition. (Ex. Estimate the value of valuables, get a higher score than your opponents in a quiz game)

The show is that of the way it is broadcast, with the sound design, the set of which the game is played, and the direction, it also helps to have good host.

For regular standard game shows - Jeopardy/Wheel/Etc. you do NOT need to use spoiler filters. It is after-all a show that is broadcast within 3-5 hours of each other, depending on city and location. If there is a big win, let us know.

For things like Survivor, Big Brother, The Amazing Race, etc.You will need to use the spoilers, as there are moments in the discussion where people who have not watched the episode yet, or are only on the first episode shouldn’t be spoiled about what’s going on or what’s ahead. When the season ends, you can stop blurring.

What else counts as a “Game Show”?

You can see the point, this is the big thread for all of them. It’s almost like e-sports, but with television and instead of video games, it’s playing flip-cup

And to help you out,

That one game show you were thinking of involving the toy store run and playing video games was “Video Power”. 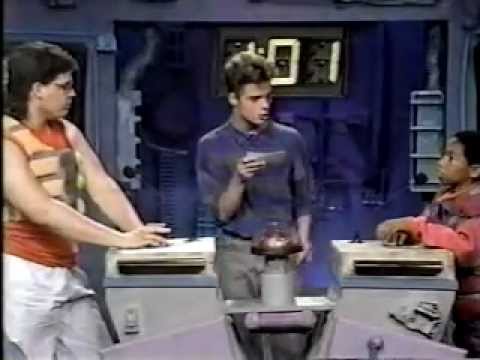 So uh, actually, I’m going to be on Jeopardy. Like, went through the online test, got called in for an in-person follow-up over the summer, got the call last week for a taping early next month. Here’s hoping I don’t make a fool of myself at least.

Congrats! Let us know how it goes. It’s always fun to see people we know end up on the show

(I failed the test at least 10 times)

Yeah! I can’t reveal anything results-wise until it actually airs but I’ll definitely let everyone know when that is (looks like tentatively late June?).

Anyway, to contribute something other than tooting my own (admittedly somewhat timely) horn, ABC revived a few of the classics not super long ago and I’ve been enjoying them more than I expected? They did a Sunday block for a bit with Celebrity Family Feud, $100,000 Pyramid, and Match Game, with To Tell the Truth on a different night, but they only brought back Match Game and To Tell the Truth for more it seems like. (I do see a few of 'em in the OP but yeah)

I was never really into Match Game when I caught '70s reruns in the past but I think I was just never old enough to appreciate it back then? Now that I’m old enough to get the jokes it’s fun to try to come up with the funniest/most Match Game-y answer, it’s working a different mental “muscle” than trivia and it’s kinda fun.

You know what show I really miss? Legends of the Hidden Temple. In all honesty, I think watching it so much when I was a kid might have been the starting point for my current love of mythology and history.

Yeah! I can’t reveal anything results-wise until it actually airs but I’ll definitely let everyone know when that is (looks like tentatively late June?).

Looking forward to hearing about this. I’ve read a few accounts from people who’ve been on and I’m fascinated by the logistics of the whole thing. (And fortunately it’s on when I get home from work, so I get to watch regularly.)

Hey Gang, just wanted to update this since it is April

News: Taskmaster Gets An American Version with Reggie Watts In Charge

Comedy game show Taskmaster has been commissioned for a series by Comedy Central in the USA.

GSN is doing a new game show involving emojis that looks like a bunch of fun!

Comedian David Steinberg is on board to EP and Lion USA is returning to produce the series, set to debut later this year, which features a new twist as stars from the worlds of comedy, film and TV get behind the wheel this time around.


Cash Cab is being revived on Discovery Channel

and The Gong Show, Celebrity Family Feud, Match Game, $100,000 Pyramid and To Tell The Truth is going to be on the Summer Fun & Games on ABC!

CBS blurred the shirts, then made the men censor them with tape.


And also some dudes got in trouble on The Price is Right this week.

For The Love of Game Shows

A bunch of my friends are going to spend 24 hours playing game show games for Child’s Play on June 10th. Be sure to donate and watch the eventual breaking out around 3am when they play Card Sharks or something.