EVERYONE IS DEAD! Smash Ultimate: 100% Spirits

Released in late 2018, Super Smash Bros. Ultimate is the fifth entry in the Super Smash Bros. Series: a huge crossover fighting game that started as a Nintendo exclusive, but later branched out to multiple third party developers. Ultimate aims to contain as much content from the previous four games as possible along with a flood of new content. Given how much hype surrounds this game, with character reveal trailers and the like, I’d be truly surprised if you haven’t heard of it in some capacity.

That said, Ultimate’s most interesting feature is a World of Light: a story mode which offers a similar story to Brawl’s Subspace Emissary campaign, but is instead built around the Event Matches from previous installments. This story gives us a chance to look at and play with a ton of obscure character from Nintendo, Sega, Capcom, Namco, Monolith, Square, Atlas, SNK and maybe even more in future!

This is my second crack at this LP and I’ll be beating 100% of this game, so get ready for a long one! Boldened titles represent videos of the main campaign if you just wanna watch those.

Here’s my Patreon! My capture device was pricey. My landlord doesn’t consider it a wise investment:

Getting Pyra & Mythra Into Elite Smash

forever doomed to mess with sphere grids aren’t you

Henry Fleming is the main protagonist of a novel called The Red Badge of Courage which was originally written by American author Stephen Crane in 1894 why is he in smash you may be wondering? He appeared in a game called Code Name: S.T.E.A.M. Think of it as Valkyria Chronicles crossed with the league of extrodinary gentlemen in which abe lincoln brings together a team of literary characters to fight invading aliens.

Morally speaking, I will never pair Roy with Lilina, in that I will pair Eliwood and Hector no matter what Blazing Blade tells me to do.

Link’s bombs in this game are really intimidating. Even though the AI doesn’t utilize them that well, the moment they come out, the battle becomes a game of keep away. The amount of control they have over a battle is impressive considering they added exactly one new aspect to the move.

the fire emblem tunes in ultimate are really good

no missed characters this time david described them all pretty good 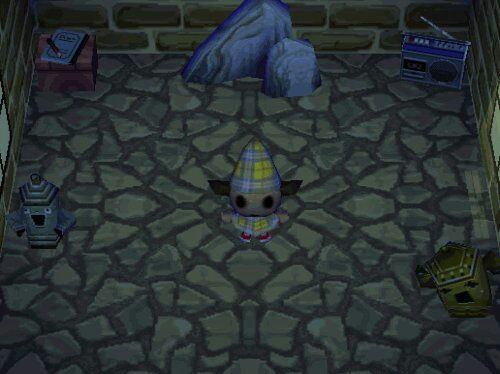 oh bugger that is terrifying

People say Villager is terrifying in Smash, but I dunno. That’s not one of their alts, so they’re pretty tame.

Given Merric is usually referred to as a wind mage, wielding Excalibur and all, I would have figured he’d focus on neutral jabs or up specials. Then again, having done the Robin achievement, I’m well aware that Flurry can’t kill for shit so it’d make this an easy fight.

I know he can, but certain Spirits prioritize very specific moves, but the Merric spirit just had a general “favors special moves.”

Also I wanted an excuse to complain about that Robin achievement, because it was weirdly annoying.

I have been two Octoroks away from a (mostly) complete set of spirits for the past week or so. Before it was two Octoroks and a Leo, but the recent event fixed that.

Jeff took me far too long to get. I waited until I got Mii Swordfighter and spammed the up special where you leap up and slam the ground. Jeff’s is rude.

I never knew about the liquid part of the Biometal, but it’s worth noting that the Mega Men that appear in the Model X spirit battle are based on 4 of the biometals you get in the game, who themselves are based on characters that appear in the Zero series. Though I think one (the red and white one that starts with a sword,) is based on Zero instead of Phantom, the rest are probably based on the other Guardians, given the color schemes used for them.

If I focus on one LP project at a time, it’ll be easier for me to get things done!

And just like that, we’re back to the beginning with a new and improved Smash LP. This time, I’m not just going to 100% the campaign: I’m going above and beyond!

I can’t believe Galeem destroyed the universe a second time. At least that means that Slime gets a chance to save the day.

The editing on this is really good, though, and I can see why you’d start over for that and the spirit gimmick. Slime has also reminded me that I’ve not actually played Smash Ultimate since before Hero was released. I should probably get back into it, but… motions to Three Houses.

My flatmate has taken their copy of Three Houses while he dog-sits, so I am currentlty bereft of it. Pray for me.

Alas I never found the opportunity to make a joke about a “Luigi Board”.