Don't Lick That, You Don't Know Where It's Been! Let's Play Yoshi's Story Yoshi’s Story is the 2nd game in the Yoshi series that sees players directly taking control of everyone’s favourite green dinosaur. Released in 1998 for the Nintendo 64 , developed by Nintendo EAD and published by Nintendo.

The story of the game is, ironically, very simple. The island that the Yoshi’s live on (a “Yoshi’s Island”, if you will) has been turned into a story book by Baby Bowser who has also stolen The Super Happy Tree, the source of all happiness on the island. Luckily some Yoshi’s that were unhatched before their island was turned into a pop-up book are born into the world and are not effected by the appearance of their surroundings because this is all they have known since birth and it is likely going to be really weird for them when everything goes back to normal.

Yoshi’s Story has always felt a bit like a sleeper hit or a cult classic or whatever you want to call a piece of media that didn’t get the recognition you think it deserved at the time. It came out in the same year that saw the release of Banjo-Kazooie, Ocarina of Time and F-Zero X to name a few of the bigger titles that would accompany it on the system within the span of a few months. Though despite being released fairly early in the year it never seemed to garner much attention.
Though it’s predecessor, Yoshi’s Island, is often talked about and almost revered by some, I don’t often see its quite frankly ridiculously adorable follow up talked about very much, and have yet to see a long thinkpiece about the psychology of Yoshi’s Story. Though admittedly I have yet to see a similar article about Yoshi’s Island either but I’m sure it exists somewhere.

The absence of an incessant baby’s cry, lovingly rendered by the Super FX Chip, every time you took damage was a welcome addition to this game, and the most recent addition to the series, Yoshi’s Wooly World, feels more like it’s paying homage to this game than Yoshi’s Island which Nintendo have attempted to re-capture the magic of twice and neither attempt went very well in my opinion. Regardless of the highly subjective topic of what does or does not improve a game however, I’m not here to try and pit Yoshi’s Island and Yoshi’s Story against each other, honestly I love both games but I have a lot more familiarity with the latter and think it would be nice to shine the spotlight on one of the lesser talked about Yoshi games.

In summary: Nobody talks about this game and that’s criminal because it’s super fun and adorable, So me and my good buddy Gertrude Perkins are gonna make some videos together that you can watch. thank you. 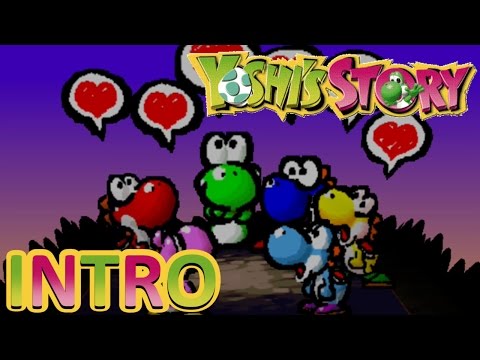 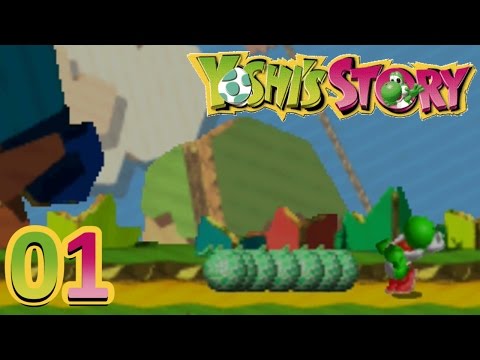 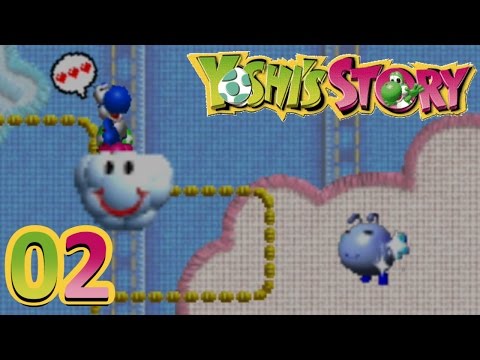 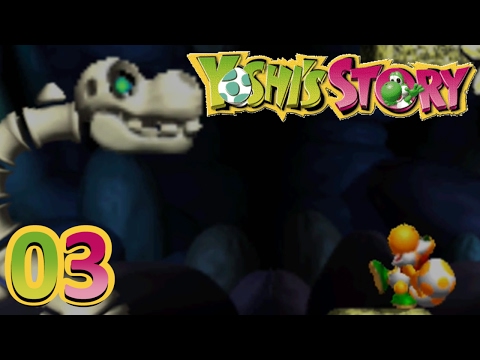 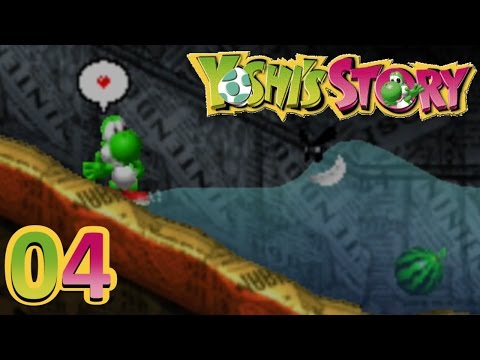 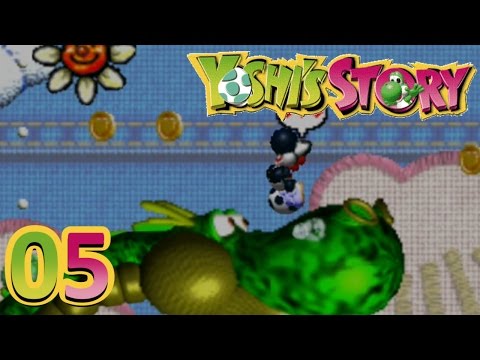 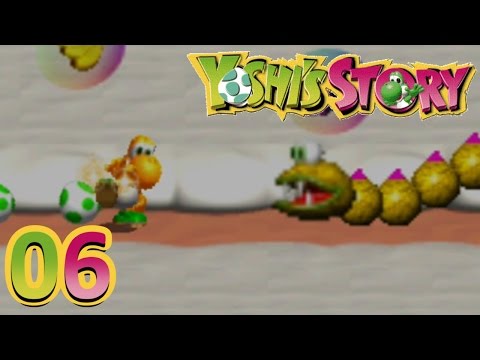 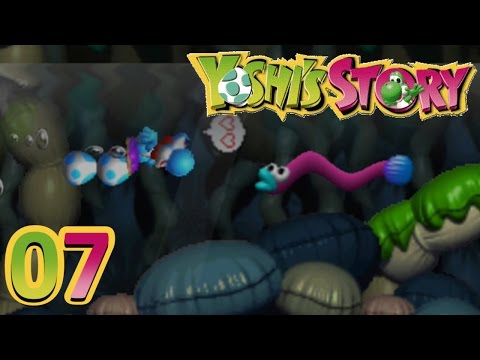 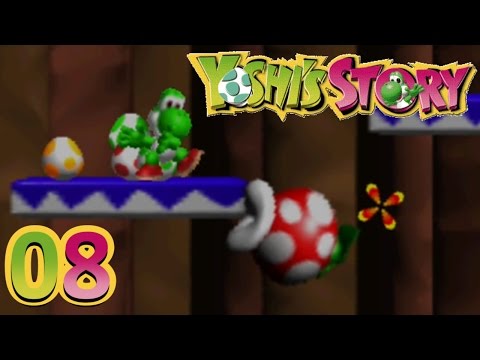 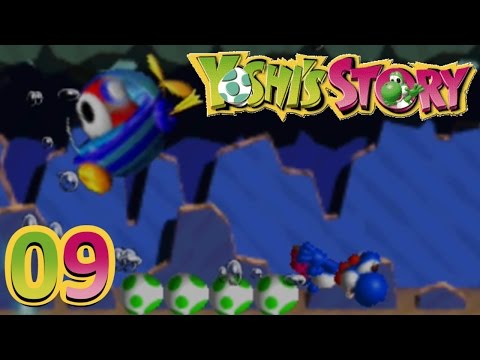 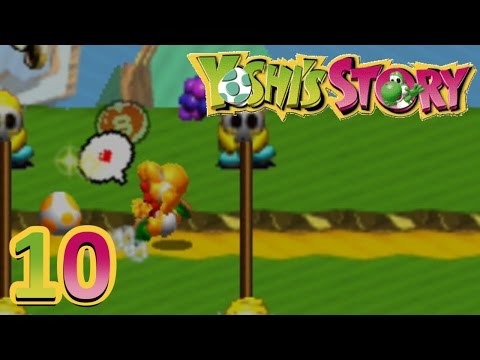 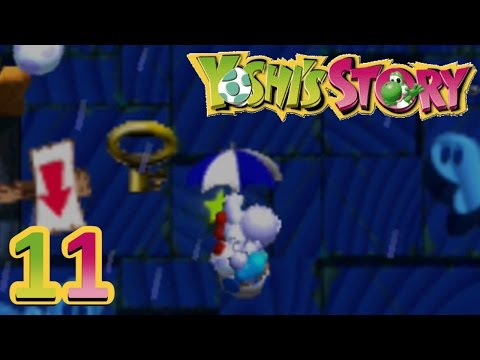 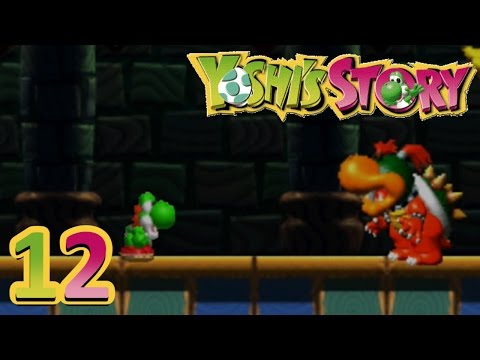 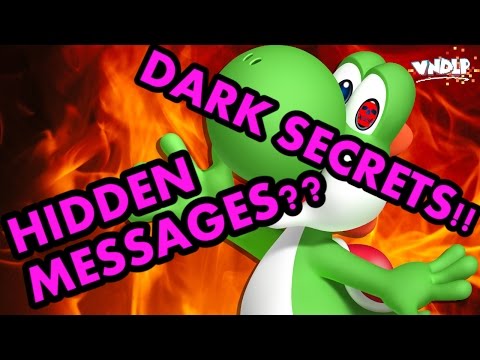 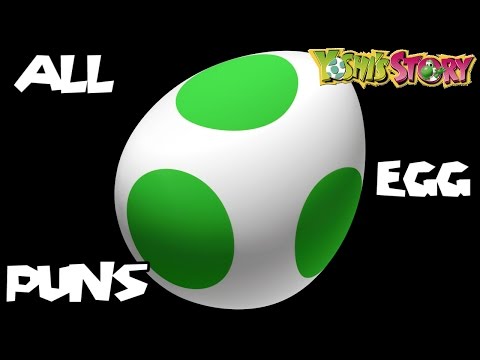 I don’t care what anyone says, this game is adorable and great.

And I don’t blame you for not getting all melons. I tried that on the very first stage and it was a nightmare. Whoever it was that made some melons permanently missable on a single run-through is evil and should be stopped.

Can we talk about how the boos were carrying that melon like it was one of them? It’s like a mama boo thought it was a child of hers.

Oh hey I’m in this LP too! This game is wonderfully charming and I hope you all enjoy this colourful adventure with us!

I remember for the longest time I would always confuse people because I called this game Yoshi’s island. It is adorable I always loved it as a kid.

I was just too young to grow up with Super Nintendo, so this was my Yoshi game growing up. As such, I totally do love it and talk about it whenever people get going about Yoshi games. It took me years to make the connection between the giant hearts and the levels available for the next world, even though the game tells you exactly that. I’m pretty sure I did get all melons at some point, but that cart is probably broken and turned to dust by now.

Is there a secret message if you get a heart at the end of each melon race? It looked like the first few levels spelt out ‘YOU’

Also good luck with whatever level you decide to take the melon challenge on!

I know it was mentioned several times in the video, but the music from these two levels is so great.

Definitely the standout from the soundtrack.

I had access to a N64 for 2 months as a kid, and this was one of two games I had (the other was Mario Kart 64). I played it so much, I actually managed to do the melon challenge and find all hidden characters. It’s a lovely, feel-good game and this LP is a nice refresher course.

I’ll agree with some of the other commentors, I love this game to death.

I owned a copy of this game for awhile as a kid, but over the years it seems to have vanished from my collection. The first time I played it was before I could even read, so I had no idea how to actually complete levels and ended up just wandering around them aimlessly.

But that title theme will never leave me. It’s too goddamn adorable.

The Yoshi’s head into the clouds, now accompanied by a 7th extra Yoshi! Wow! We face off against a couple of bosses and make some jokes about Denim

I only just now realized the low-health health bar is supposed to be this: 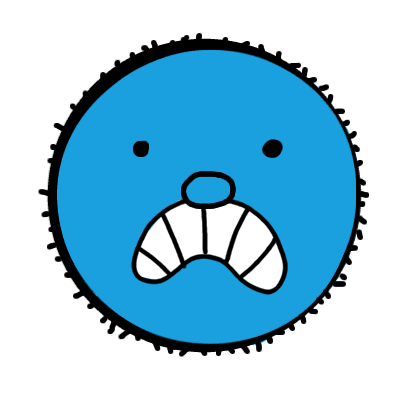 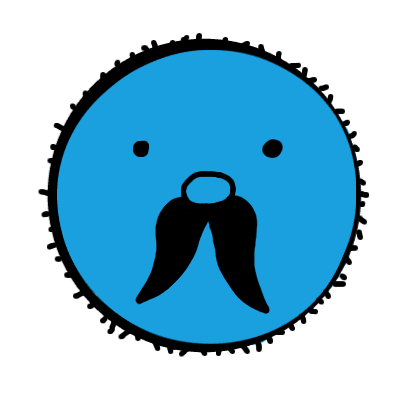 I’ve been baffled by that mustache for so many years…

Ah yes, Cloud n Candy, AKA the boss the that actively heals you when you damage him. He’s comparable to the Marching Milde boss in Yoshi’s Island on the scale of being orders of magnitude easier than any other boss.

Gert didn’t know there was a Where in Time is Carmen Sandiego gameshow so I am here to spread the ridonkulous opening https://www.youtube.com/watch?v=ee6eU_148uI

Yay I got acknowledged in the video

I think it’s a nice touch that our spicyboy black yoshi equally likes all fruits except the lucky one!

Black yoshi is one of the best yoshis, honestly. I like the darker ones, Navy Yoshi is my personal fave.

The power tulips are super fun to just mess around with. I’ve always wondered what the like, environment is that you’re in in the Summit 2 level? It’s very odd.

The Yoshi’s make their way off the Summit! We do a poor job of remembering what any enemy in a Yoshi game is called and one of the bosses shouts his OKCupid profile at us.

Just a heads-up: the puns will only get worse, and I am not sorry.