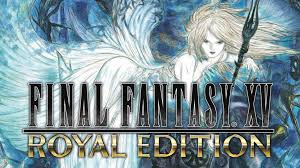 Released late 2016, Final Fantasy 15 is the latest in the long and historic Final Fantasy 15 franchise. Spanning ten years of development, a CGI movie starring Aaron Paul of all people, and an hour long anime OVA, it’s an honest to god surprise that FF15 even came out, let alone was any good.

The basic gist of the game is that Noctis Lucis Caelum (the kid you play as) along with his best friends (who are also his bodyguards) are sent out on a road trip from their royal city in order for Noctis to be wed to his girlfriend Lunafreya Nox Flueret. Nothing at all goes wrong over the course of this journey. Also, this game really likes Latin.

So why am I playing this? Well, I finished the game pretty recently and had the immediate feeling that I needed to share what is definitely one of my new favorite games with the world, and with the PC port releasing along with the Royal Edition, maybe I can help the game sell a copy or two.

Along for the ride with me (https://twitter.com/JetGrindFuture) are my good pals Goggalor (who lacks social media) and also Stilyagi (https://twitter.com/SugarCSour). Goggalor played the game before they started updating the game with extra content of any substance and never went back, and Stilyagi knows next to nothing about it. This is going to be a fun time.

So what do I plan on doing for this LP?
Good question! I’m going to do all of the main story content and as much of the other stuff as I can do! We’re also going to do all of the episodic DLC at the correct time to do it in the story. However we won’t be doing Comrades. I might dabble in it for a short episode to show it off, but there’s not that much plot wise to it and it wouldn’t be that interesting to watch me grind out the same five missions over and over for slightly better weapons. Oh, also Episode 0 is the Platinum Demo that they delisted. I can’t imagine why they delisted it though.

Noctis is our main character, he’s the prince of the land of Lucis, and is on his way to get married to his childhood girlfriend. He’s also got a bit of angst and a whole lot of love for fishing.

Wow, JetGrind, you sound waaay different in this than you did in the BattleBlock LP.

Almost as if a weight has lifted off of your shoulders and the adrenaline has finally worn off. Not a jab at Dup or anything, just the general atmosphere of that lp. Or maybe it is. who knows?

That platinum demo is real, uh, confusing btw. And that Kingdom Hearts feeling definitely came through for me, too.

We did the Platinum Demo because it’s technically plot content but at the same time it’s very much a demo that’s trying to evoke an emotion more than it is trying to tell a story. All you really need to know is Noctis has some weird dreams when he’s 8. The main game is definitely more coherent though!

EDIT: I’ve been informed that the audio during combat is a bit muffled due to it being really loud (I mentioned the atrocious sound mixing), so I’ll leave the episode up for now but I’ll fix it up and post about it in here when it’s, well, fixed up

I fixed up the first episode and reuploaded it, it took me about three hours of doing the exact same three things over and over slightly differently each time before it finally worked and it’s still got a few issues but at some point you cut your losses and go with it. At least I have a better idea of what I’m doing for next time. Anywho, here’s the link! Episode 1 - J-Rock Mercenaries For Hire (Fixed)

I must have seen the opening hour or two of this game half a dozen times by this point, but basically nothing past that. Should be interesting to see where things progress past what I’ve seen. And how quickly and how thoroughly shit hits the fan.

Finally got around to watching Episode 1 tonight and…

Jetgrind comes out as a FFXIII apologist.

I don’t know what the usual etiquette is for this sort of thing, but the thread officially passed 100 views! That’s exciting! Thanks for your interest, we’ll be recording the next update this weekend and it’ll be up hopefully by monday!

I do love this game so much~

I know very little about this game. What I do know is that I am charmed by what I’ve seen so far. Looking forward to seeing how our trip to meet our childhood fiance goes sideways! And for bros to bro.

Hey folks, episode 2 is currently uploading and is scheduled to be up at Noon, Eastern tomorrow!

I hope you’re ready for some fishing. 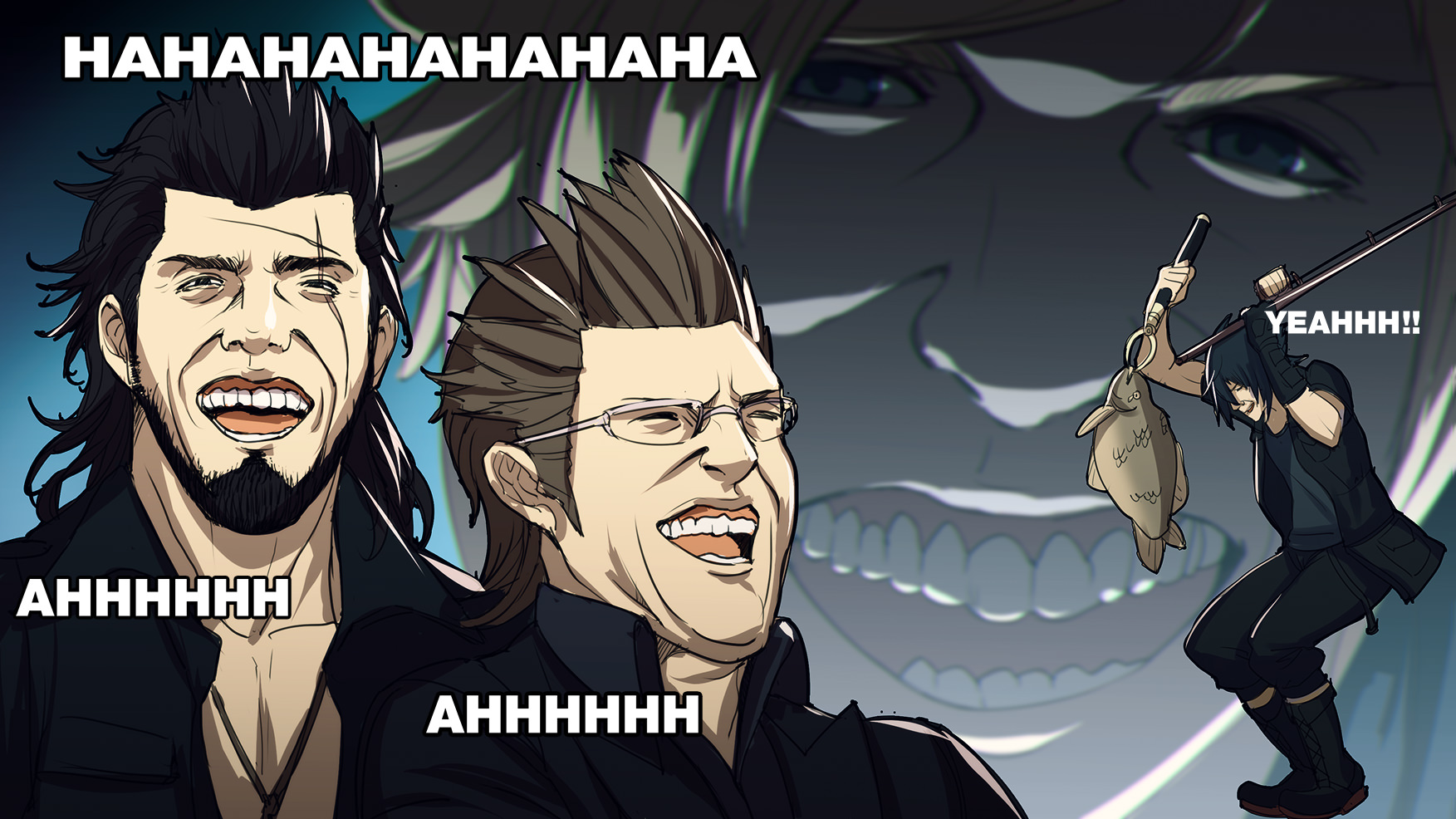 You start the game up and it’s John Wick fighting a giant naked guy made of fire.

It still amazes me that Gladio has the same voice actor as Junkrat in Overwatch.

Sorry I’m a bit late posting it here compared to everywhere else, but I was busy all day and if there’s a way to schedule posts, I haven’t seen it.

Anyways, today we’re tackling some side content and extra things you can do and get a bit back into the plot afterwards! Check out Episode 2: I Love Fish!

I love that Noctis and the gang give Prompto exactly the amount of respect he deserves: Just short of none. Also scarf-man seems to have wandered out of a Tetsuya Nomura joint, which I suppose is fitting considering who originally fronted the game.

Prompto comes into his own a bit as the game goes on, and is my personal favorite of the boys, but that’s future talk! Also I think Nomura is still credited as character designer for 15, and Man of a Thousand Scarves sure does fit that look

That would explain a great deal.

I added a character section to the OP, I’ll add more characters as they show up and become important to the plot

I’m real late to mention this, but it just popped to mind, at the end of the episode I mention that it’s where you would want to watch Kingsglaive, and for the sake of doing everything canon we can, we’re gonna record us goofing around while watching Kingsglaive. It’ll be up as a bonus episode some time before the next, but episode 3 will still be up on monday like normal, assuming we don’t have any disasters