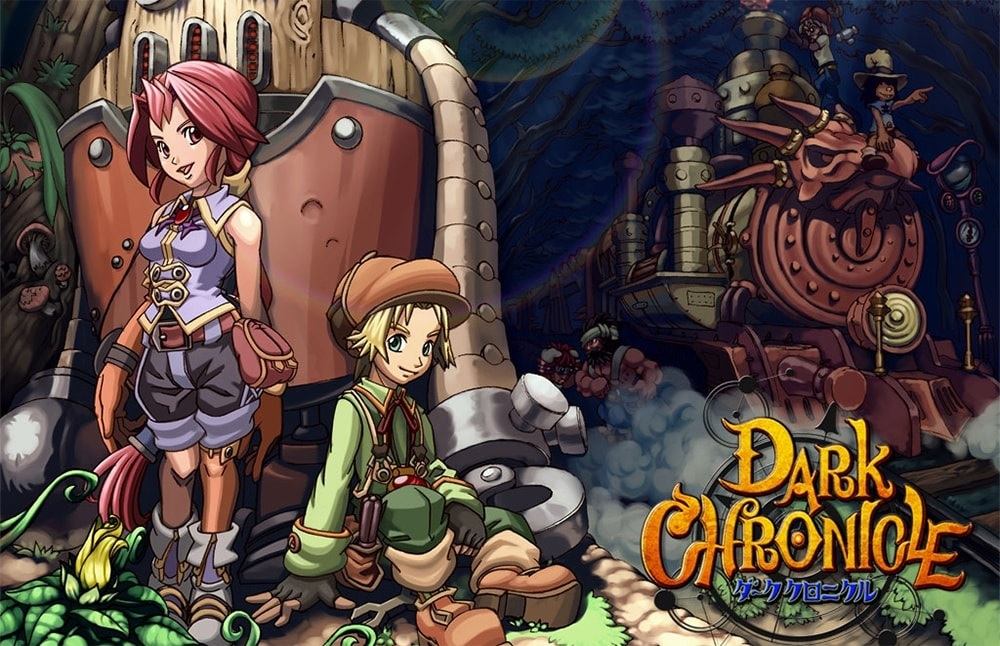 Welcome back, my friends
To the show that never ends
We’re so glad you could attend
Come inside! Come inside

You would think the port job would be better but…nope theres a reason the ps2 classics were quietly cancelled I think. At least the games better this time…

The story is set in an isolated village on the edge of the world.The only gate leading outside is heavily guarded by a castle, and the villagers are not allowed to leave.
Most of the villagers don’t give it a thought, and happily go on with their everyday lives. However, the protagonist is a little different from the others - he wants to see the world outside. One day, a “Monster” appears in the village, shocking everyone because until then, no one knew such creatures existed.
The protagonist is able to fight it using a mysterious Red stone he found in the coalmines. In the course of his defense of the village, he gradually unravels secrets of how the stones and the monsters came to be…

I am YerPalHal no longer new to the site I have two completed lps to my name on the lpzone. I belong to a group known as the Jaded Desktop and select members of this group will be joining me on this little endeavor. My friend Kazan will be my constant co pilot and we drag our unwitting compatriot Hwhite with us.

vets of the first lp what has changed between games?

The thirst meter was removed, Broken weapons no longer simply dissappear. There is no duel system. Georama is more flexible and open-ended, allowing you to decide exactly what buildings are put where.

The inventory is much larger, and there are no storage facilities for excess items. There are only two playable characters, each with a second form, making for four possible ways to battle. There are no character-specific dungeon puzzles.

There are only 3 types of Limited Zones, which are referred to as Seals now (Max only, Monica only, no healing).

This will be an odd playthrough as I will 100 percent the georama but due to frustrations I will not be 100 per centing the photography system. Like the first game I will not be doing any fishing outside of the required one. I will be doing spheda though and since the bonus chapter actually has a story in this game I will be doing that too. Feedback is encouraged and lets keep the future pcs and areas quiet until they show up in the game. So sit back, relax and join us every sunday and sometimes wednesday as we go forward and back…

The story so Far

Book 0 A night at the circus

Part 1: A night at the circus
part 2: Time is changing

Book 1: To the outside world

book 2 Resurrection of the great elder

part 8: Holly and the seven clever boys
part 9: scary trees and super creeps
Part 10: The fishing episode
Part 11: PIXIE POWER!
part 12 the trees have eyes
part 13 recruitment for a better tomorrow
part 14: The trees a strip mall?!?
part 15: More recruiting
part 16: The rainbow at the end of the woods

Book 3: The sage who became a star

part 17: Out of Balance
part 18 promotional consideration NOT paid for by the following
part 19: The Claws of Tom Nook
part 20 The april foolish conversation street
part 21: Emet Selchs house of memes
part 22: past Hals a jerk
part 23: The sage who became a star

Book 5: Conflict of the past and Future

part 31 The face of all evil

Part 1: A night at the circus

Today we meet an old friend

Incidentally, there’s no reason not to build up to the True Battle Wrench. The only requirement it has is Attack, and building up a Battle Wrench three levels gives you that without any synthesis at all. The upgrade to True Battle Wrench gives you a bit more Attack for free, preserves any Synth points you’ve already earned, and resets the multiplier for how much ABS it takes to gain levels, like any other evolution. It then upgrades only into the Drill Wrench, with the same requirements as it takes to upgrade the Battle Wrench. Basically, it’s free real estats.

I do indeed go that route with a second wrench later on good to have you back nidoking!

Seriously, I’m still in the Discord server watching the videos get posted for commentary. Been waiting to see this go live and I’m thrilled.

OH THAT’s RIGHT, dude sorry about not @'ing you on these parts bro!

Today elephant vs walking barrel who wins may surprise you

part 6 This is Halloween

chapter 1 concludes on wednesday see you then

The ABS crystals are a visual representation of a mechanic that I don’t think was intended in the original Dark Cloud, which I showed in the bonus video. In that game, you could defeat an enemy and then quickly switch to a different weapon to gain the ABS, but if you switched characters, the ABS would disappear. In this one, you can explicitly switch weapons or characters before collecting the crystals. If you defeat an enemy with one of Max’s weapons and then collect the ABS as Max, that weapon will get all of the ABS (although you can put a different weapon in its slot and get the ABS for that instead). If you defeat an enemy as Steve and then collect the ABS as Max, it will be divided between both weapons. If Steve collects the ABS, they become experience regardless of how the enemy was defeated.

Also, I think it’s amusing that you can invent a stronger Energy Pack before even inventing the original one, but I think Cedric forces you to make the original one before you can use Steve in the dungeon. You can immediately replace it once you’ve done that, though.

Someday a copyright notice will come…

The commentary is almost inaudible over the game audio in this one.

that was my bad i am reupping it with fixed audio. It was nonsense like this that made me stop putting all my eyes of heaven lp vids on lp zone…need to fix that

Part 9 has now been reuploaded to fix the sound problem. Links have been fixed sorry for the inconvience guys

The final boss of the photo saga has arrived! Plus mandatory fishing, an unfortunate stereotype and discussion of the secret forth atlamillia…

No ep this week folks. Recovering from my leg surgery and thus had no time to edit the next part i’ll hopefully have two for you all next week to make up for it