With my LP of Cthulhu saves Christmas wrapped up, it’s time to start a new project.

What is this game?
The Spirt Engine 2 is a spiritual sequel to The Spirit Engine. It’s an indie RPG developed by two people, Mark Pay, who did all of the programming, writing, and art, and Josh Whelchel, who did all of the music. However, it doesn’t carry over any story from the first game, and is much better than it, so one can start with this entry and not be lost. I’m coming into this blind, so I’ll let Nweismuller describe it instead:

“This is the Spirit Engine 2, which is a game I have deeply loved for quite some time now. It has simple but charming art, excellent music, innovative gameplay in its combat system, and a well written story that Mark Pay (the person who’s responsible for basically all of this game) obviously deeply cared about. Combined with some clever storytelling tricks that actually allow this story to work with a variable that you choose in the beginning of the game.”

Speaking of Nweismuller, he will be joining me as a cohost in these videos. The plan is to have him join me on all the videos for the simple reason that this is a completely blind playthrough for me, and nweis has played it many times. This will keep me from getting lost, missing things, doing too many stupid things, and especially in the beginning, getting used to the controls and combat system.

What is the release schedule going to be?
My plan will be to release episodes twice a week, Wednesdays and Fridays. This game is just taking over my Cthulhu Saves Christmas release slot.

Why are you stalling with the Super Robot Wars 2 LP?
I’m not stalling. I promise. Episode 8 (sequential) is going to be released tomorrow. I just need to finish start editing it after posting this.

Got a support link?
I do in fact. You can donate, but referrals are the best way to support me. https://bit.ly/Stabity

Where can I buy the game?
The game is now freeware (it used to be shareware). You can download it from Mark’s homepage. http://www.thespiritengine.com/news.html
You can also buy the soundtrack. https://music.apple.com/us/album/the-spirit-engine-2-original-soundtrack/1117611953

Any form of thread participation?
Yes. If this game interests you, please, play along with a different party, I’d love it if you pointed out some of the differences in dialogue that happen with different parties.

Spoiler Policy?
Please no spoilers. I’m coming in completely blind, and I would like to not be spoiled.

Episode 1: Where Where We Open the Story With a Death 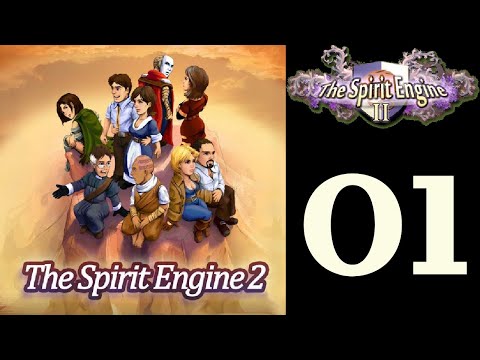 This is a longer episode, and we kick it off with character selection, tutorial, and a few battles before we wrap up for the episode. It takes a while for us to get into the story proper, but the future episodes should avoid most of the things slowing this episode down.

Episode 2: Where I Get a Bad Case of Black Lung 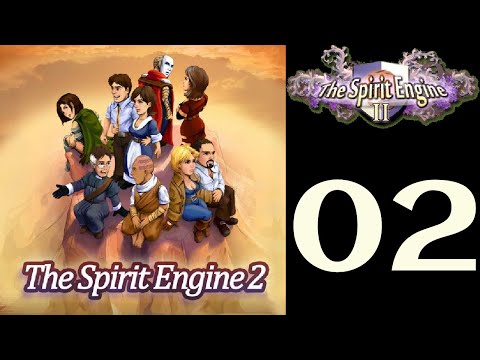 And to contrast the first episode, this one is much shorter as I start losing my voice near the end of it. Fortunately, my lungs meet a happier end than Elai does.

Episode 3: Where Our Brave Adventurers Set Off on Their Quest 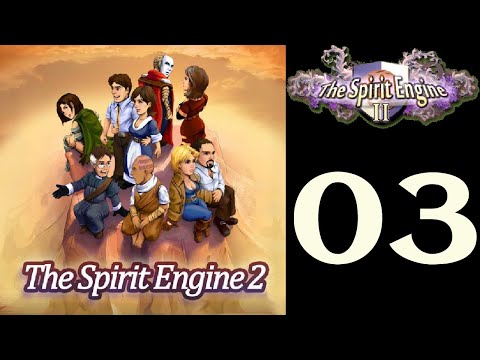 A pure story episode. We wrap up chapter 1, and move on to Chapter 2.

So, I’m back from my two weeks of vacation. Hit a festival, attended my friend’s wedding. This and the next episode is still a backlog release. I’ll need to record this week to get my content for next week out. As always, it’s editing my Super Robot Wars 2 LP that poses the greatest risk of me falling behind.

Episode 4: Where We Decide 'Why Not Both?" 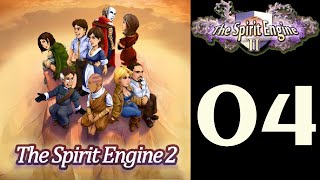 So, we can take the scenic detour through an ancient graveyard, or go directly to the fortress following the plains. The obvious solution is to go along the graveyard, and then backtrack along the plains to get all the EXP and loot we can get. 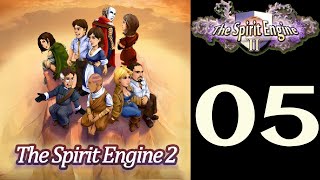 We make it to the fortress, just in time for a gun battery to explode on us! We have an interesting boss fight, that’s just an infinite wave of enemies, teaching us how to stall and heal. Then, we are faced with the most dreaded part of this game, Mark Pay’s inability to use military ranks properly.

And, after much story, we do a little bit of shopping, and meet the sanest man in this game. 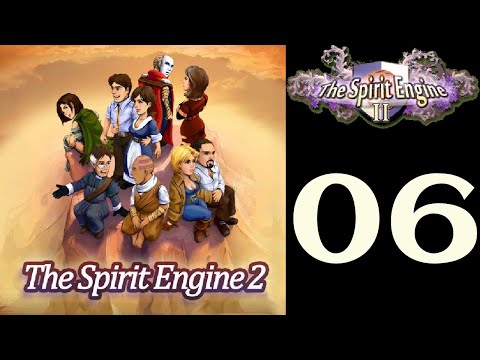 We meet an annoying fangirl, and a man with an OUTRAGEOUS French accent. Then, we wrap up in town, and setting off on our trip. The foreshadowing pays off well.

So I know I’m not great at always getting a post out at noon PDT, when I have my videos scheduled to drop, but when I’m 10 hours late, you know it’s either me being forgetful, or it’s been a very rough day. And spoiler, it’s not the first option.

Episode 7: Where Someone Has a Demon Infestation 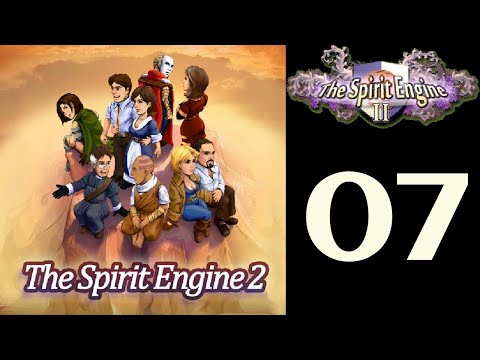 After crash landing, we make our way through the desolate frozen wastes, and fight a few enemies before entering Underport. Currently besieged by demons, and pagans. It looks like we need to get rid of both of them. 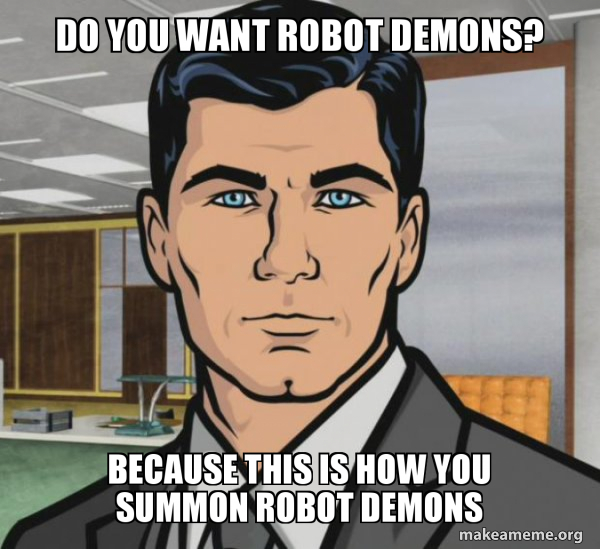 Episode 8: Where We Get Shocked By a TWEEST! 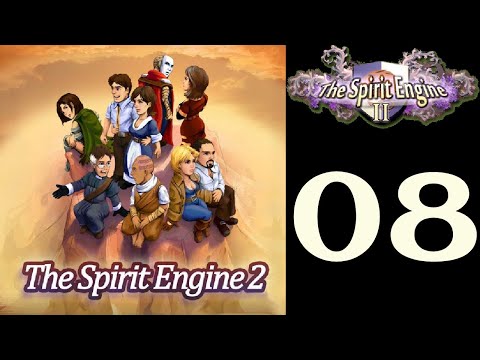 So yeah, we got demons. Fortunately, we also have a priest (and a knight and musketeer) to get rid of the demons. We even meet an old friend in a surprising twist of fate.

Episode 9: Where We Get Get Reminded That Paganism is Bad, m’kay 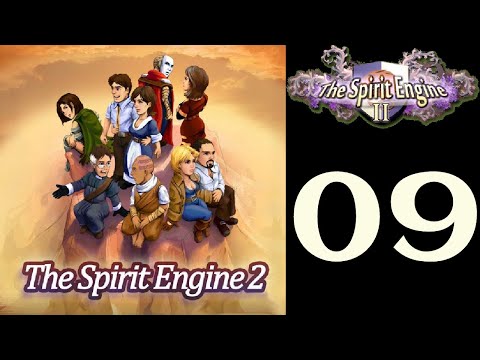 I am tired of these mountain frozen demons from this mine filth cathedral.

So, The Spirit Engine 2 is quite clear that being a pagan is bad. Don’t do it guys, it will end poorly. Fortunately, we get around to finding the source of the infestation, and boy is she UUUUUGLY! Fortunately, with her defeated, Underport is saved! Also, will Undertale happen in Underport? Or has it already happened?

Episode 10: Where We Enjoy a Little Sunlight and Cheer 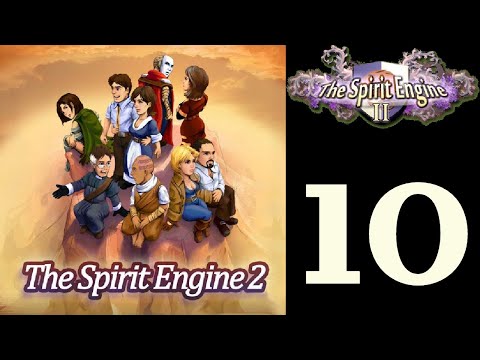 We explore Porto Vale, and wander around aimlessly for a while, discovering more of the city, and even stumbling on a traveling circus.

Episode 11: Where We Spend a Lovely Afternoon at the Carnival 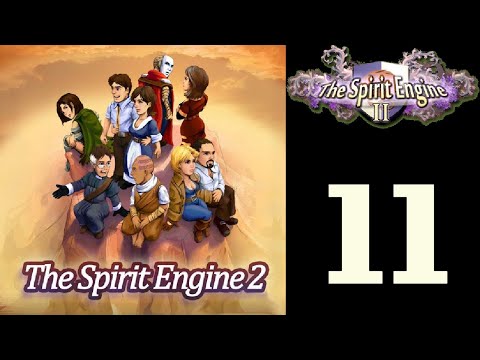 We spend the entire episode playing carnival games (a hidden tutorial on optimizing our stat builds), and getting new equipment. We would have broken the bank if it weren’t for the money from the carnival games. I like the game encourages you to play more of the carnival games so that you have the money to upgrade everyone’s equipment. Just as long as you don’t think that you should them later when you’re stronger.

Episode 12: Where We FINALLY Get On With It! 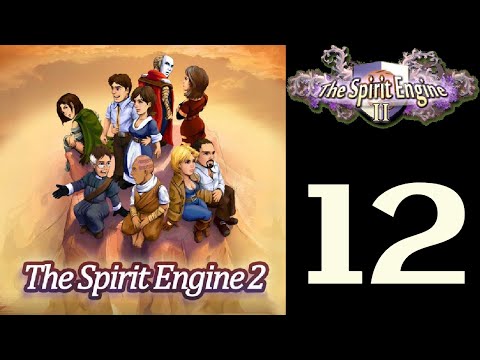 Be careful what you wish for. We’ve been in Porto Vale for quite a while. Let’s just say that meeting up with an old friend has finally caused the other shoe to drop.

Episode 13: Where We Get Our First Party Wipe 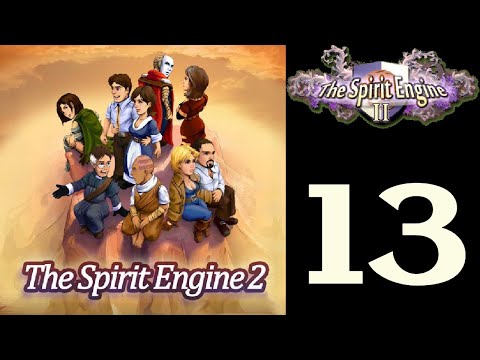 So, Porto Vale is now infested with the living dead. Good thing we have a priest in our party. Sadly, I also get my first party wipe. The worst part is that it was just after a save point that I decided not to use. Unfortunate. 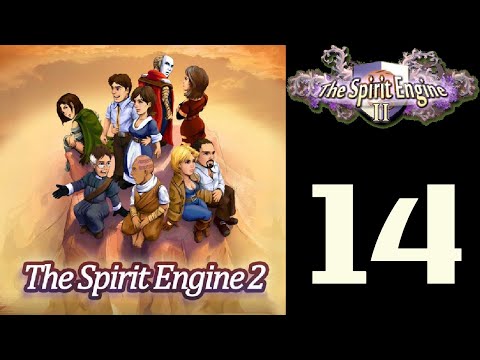 Did you think we were done with the carnival? No! It’s time to revisit the very ghoulish carnival as we make out way out of Porto Vale. It’s a shame what happened to these people.

Episode 15: Where We Face a Confusion of Politicians 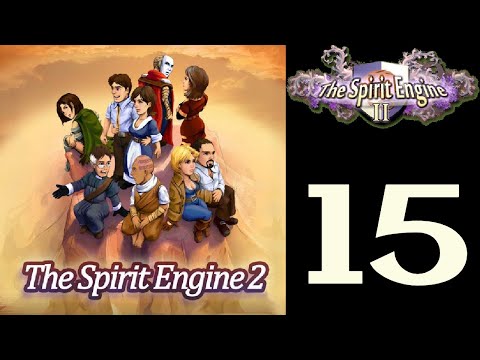 We can’t wrap up a chapter without a boss fight can we? Let’s fight the boss, and get vengeance for the dead of Porto Vale. And then, we can face a foe even greater than the sky children… POLITICIANS!

Episode 16: Where We Finally Get to Relax, For Just a Little Bit 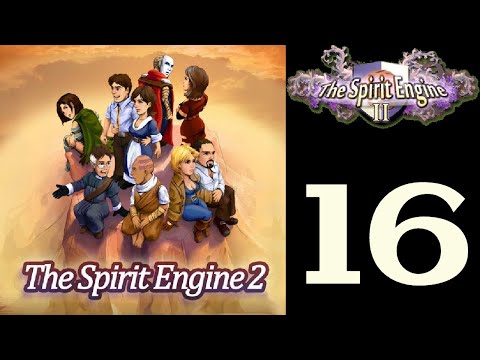 With the boss defeated, and politicians dealt with, it’s time to stock up on supplies, and then move out. No fighting this time, just some nice story.

Episode 17: Where I Mess Up Really Badly 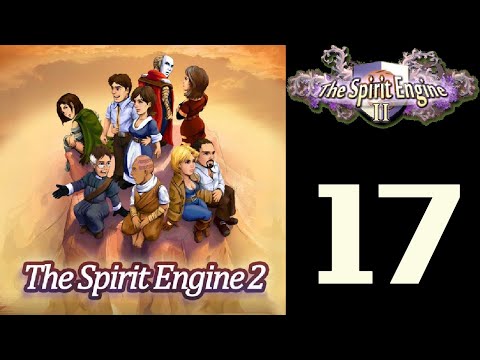 So, we set off to leave Littlehampton, and we expect to meet Dio Brando, but it was the Lereftain Inquisition!. I also mess up, lose the loot, write over the save I wanted to load from, and have to load from the start of the last episode. It does save me a little money though.

Episode 18: Where We En-COUNT-er Count Cristoff 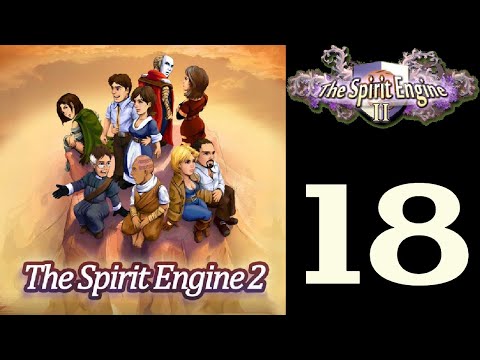 Time for another boss fight, and it’s none other than Count Cristoff. And of course he’s a vampire. What else could he be? And, we get very, very close to another party wipe. 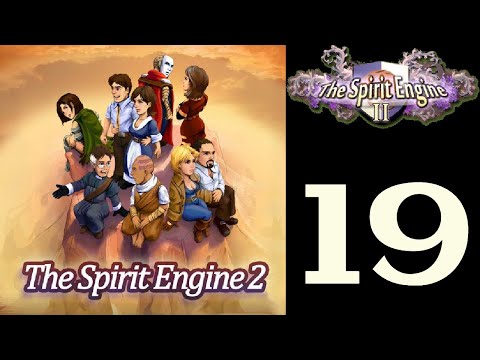 With the boss fight taken care of, we can resume climbing the mountain, but no mountain climb is complete without an avalanche, and especially not with encounters slowing us down the entire way up.