But who's the REAL monster? - Detrot: Become Human

To understand what Detroit Become Human is all about, first we must know the man behind it. This is David Cage. Say hello to David Cage. 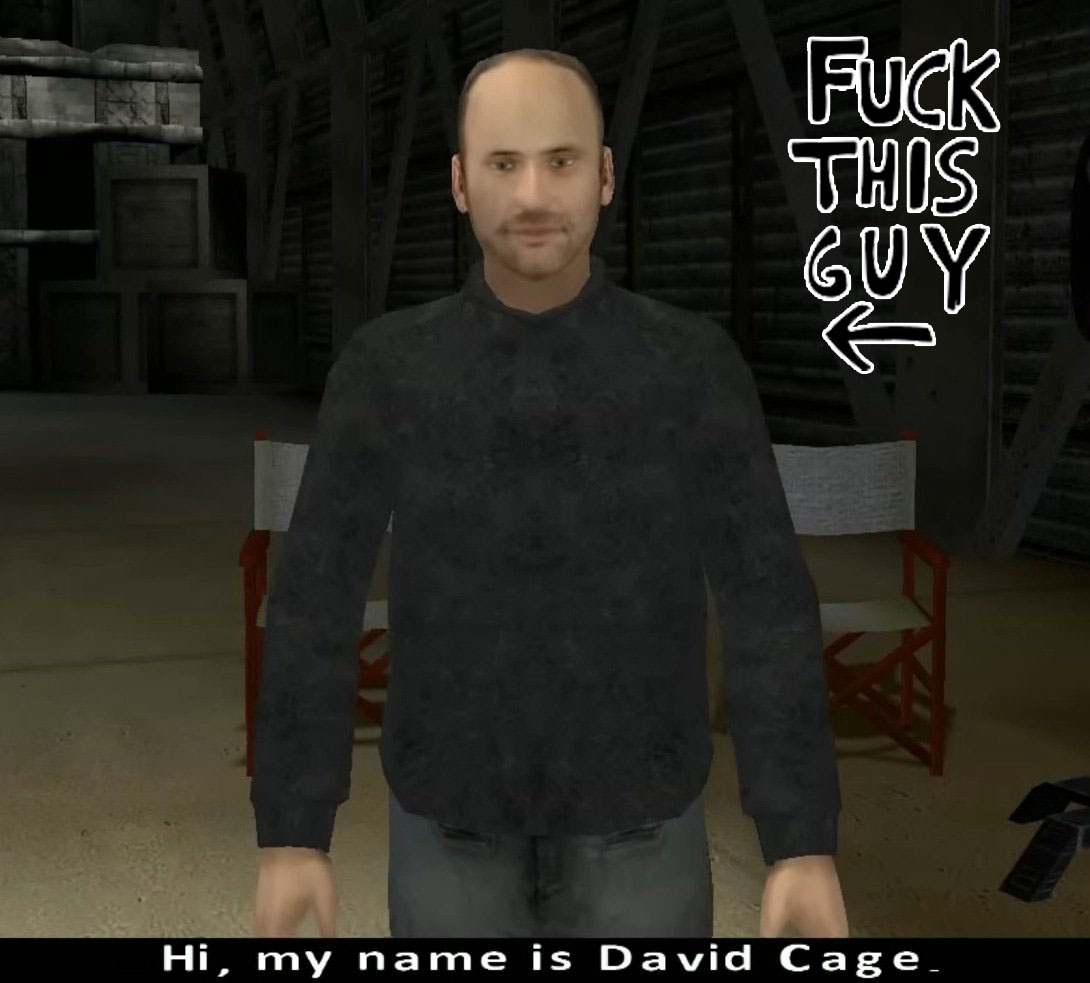 David Cage is a hack. He’s obsessed with “immersive storytelling” but has no idea how to write a story. Everything he does has weird sex stuff in it, usually non-consensual in a way that is very bad. So this LP should be a blast. If you were around in 2013 for the Beyond: Two Souls LP I did back on SA, then you’ll know the drill. I’ll be dragging the squad in for some serious violations of the geneva convention. Whoo boy is this game bad. I just finished a Science Fiction course at NJIT this past semester, the first half of the course entirely dealt with the idea of “Can the creations of humans become human?” and even the low budget sci-fi films of the past 30 years do a better job at presenting this question. Hell, fucking Die Antwoord does a better job at presenting this question, if you were considering buying this game it would be a better idea to buy Chappie on blu-ray because at least Chappie’s pretty funny.

But don’t take my word for it, just see what these popular twitter personalities had to say about the game during E3 2017! You may recognize some of them. 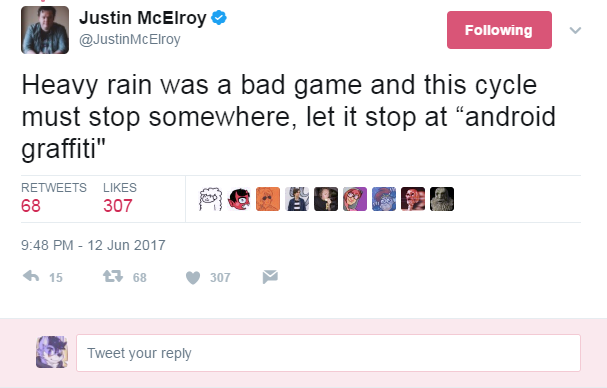 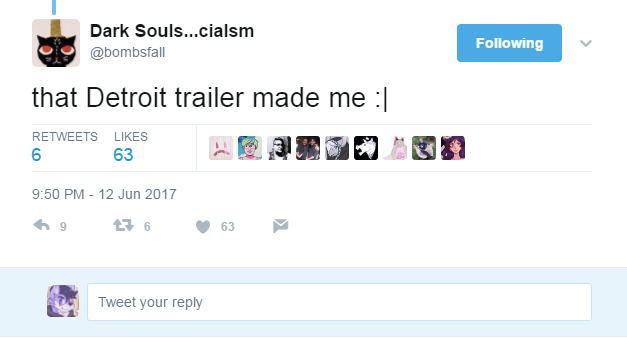 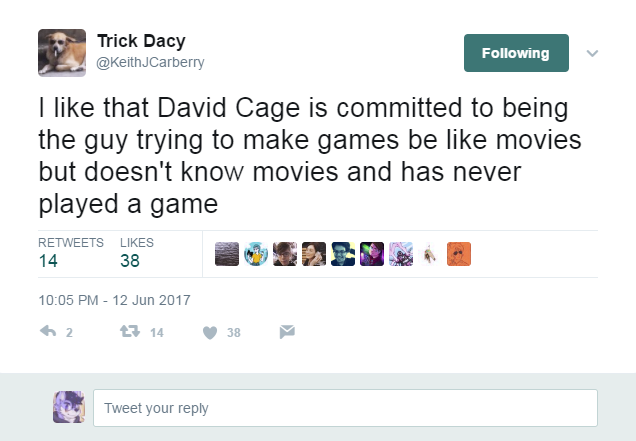 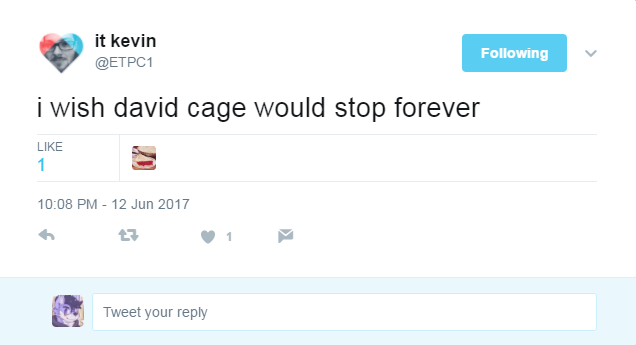 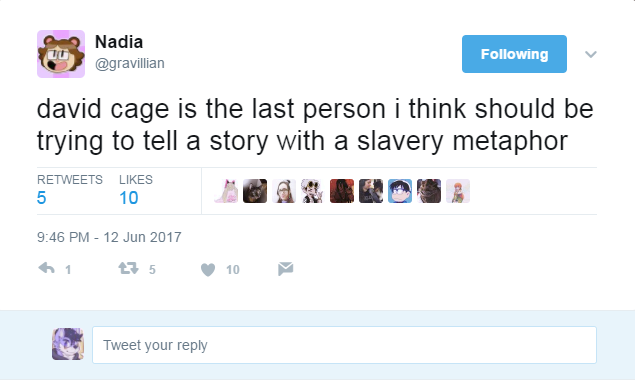 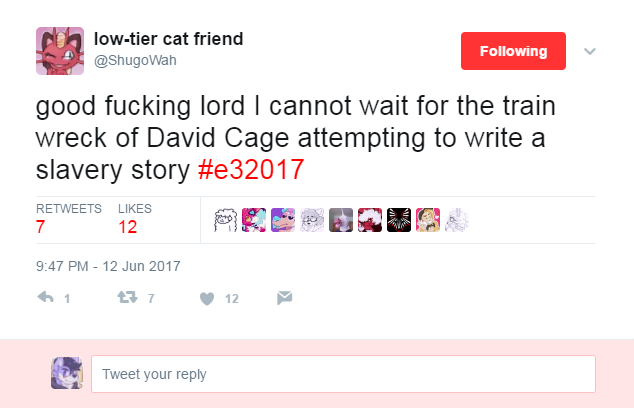 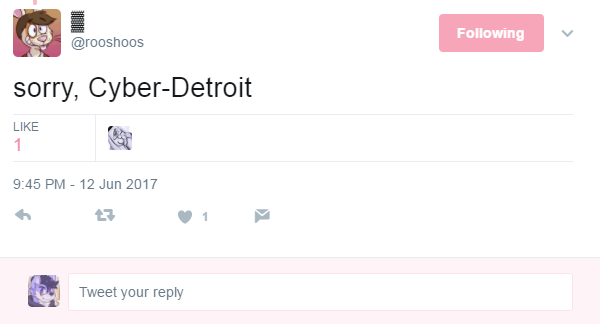 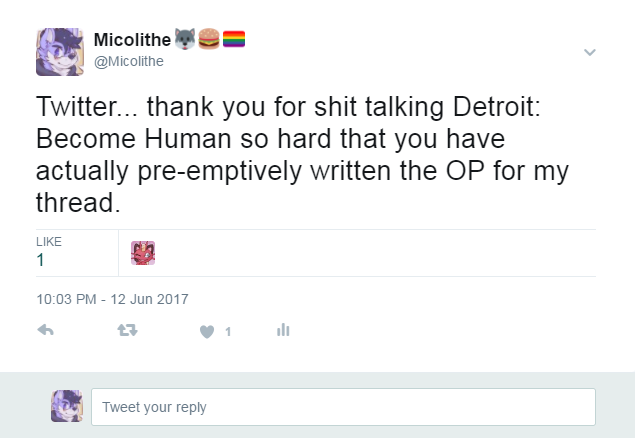 As you can probably guess, I’ve been planning this for a while. These screenshots are so old that twitter still had square avatars. 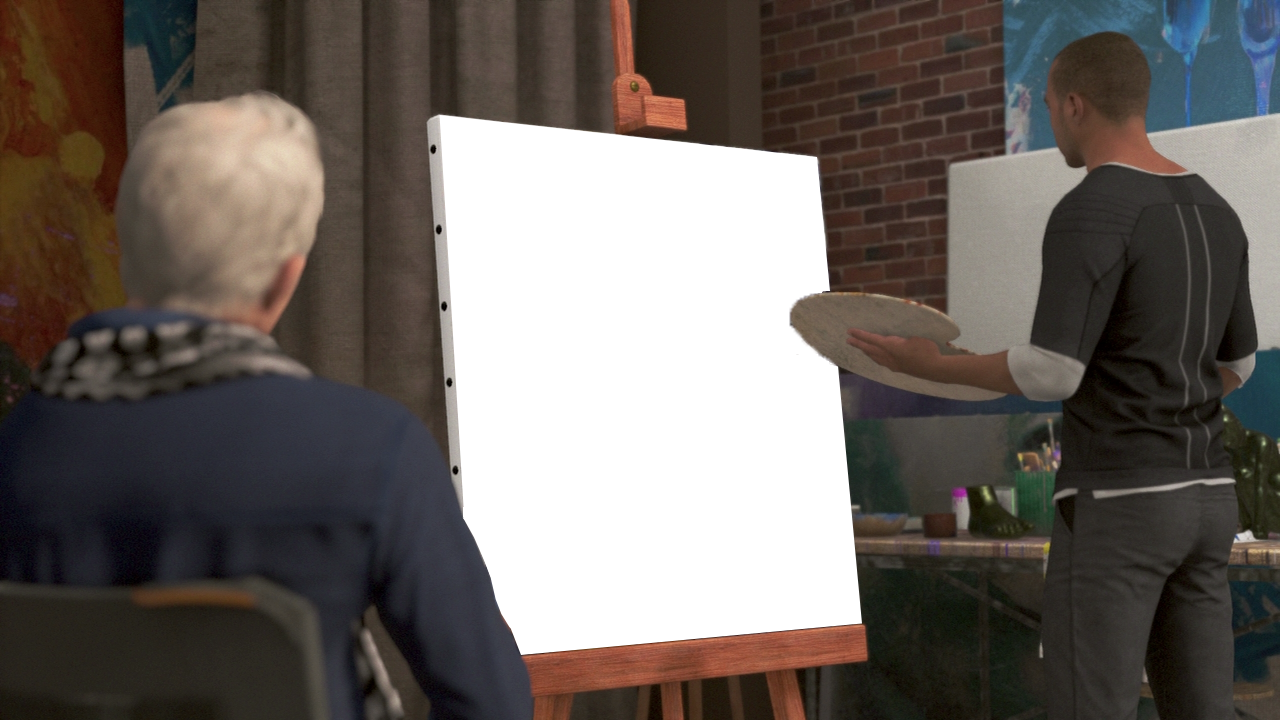 David Cage is such a shining example of someone who isn’t as smart as he thinks he is. I had an eyebrow raised when the trailer first dropped showing a revolution type story with androids, but knowing the game went that far with the metaphor with a setting that just doesn’t work with it turned the game into a punchline for me the second I read “Press X to sadness”

Sucks too since Heavy Rain was mostly okay. Kinda makes it obvious that the fame and success went to his head and spawned this 3deep5u attitude 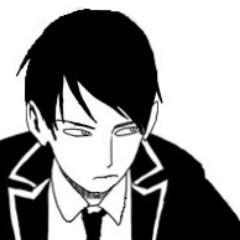 I wanna see this trainwreck, being from the metro detroit area myself I’d like to see just how bad they get it.

The central conceit of the story makes absolutely no sense, and the comfortable, not-too-dark skin tone of The Second Coming of RoboJesus really conveys David Cage’s questionable writing choices.

Beyond (ayyy) that, Detroit isn’t a terrible game and it does polish up the ARI bits from Heavy Rain.

My only problem with the video was that one of your commentators voice is, well, static. I presume it’s either his mic is peaking, or his mic is static in general. Nonetheless, I would consider pretesting before actual recordings as, it somewhat got annoy to watch with that static.
Other than that, the video is well done, commentaries are engaging and while I think Detrot looks good (haven’t played it cause… no PS4), I had fun to see the arguments in the other side of the debate.
Overall I enjoyed it!

Hey, What’s up gamers! I’d just like to take this moment to start this Let Us Play off on the right metaphorical foot, If you will excuse the jest!

Thank you all for stopping by, And please be sure to send help as fast as you can! Mico is forcing me to do these videos I just want them to stop please just delete them or something I’m begging you plea

What a day to start this LP…

Never speak to me or my son Connor ever again.

more like “Yoko Taro: can i turn a woman into a literal object for panty shots”

Given the choice I’ll take Yoko Taro any day of the week.

I’d say nice but there’s nothing nice about the man.

Why can’t Connor vore the fish? Can androids eat, or at least swallow?

I watched someone else play the first few chapters of this game.

If you stand in the crosswalk when it turns back to red, it goes to a cutscene where a car honks at Markus and he walks to the other side. Boring, I know.

Some thoughts: Androids wouldn’t look human, they’d probably look like crash test dummies or something else that’s not frightening to look at, but easy to dehumanize. Androids would be able to defend themselves, otherwise poor people would be able to keep destroying them and the rich would get upset at having their property destroyed. 35% unemployment would’ve either necessitated a huge expansion of welfare, or an openly fascistic police state with strict class segregation. More so than now. So there wouldn’t be so many visible homeless people or protestors.

Now that I think of it, I don’t recall seeing any anti-Cyberlife protests or graffitti or whatever. Why is nobody blaming the people who actually led to the issues depicted here? And if it’s because people are smart enough to understand that Cyberlife just advanced technology and society couldn’t handle it, where are the people blaming the government for not planning ahead (something that people already should be thinking about IRL for the future of automation)?

There’s a protest against Cyberlife in the second video of this LP.

Oops, kind of forgot they were in front of the Cyberlife building because they decided to take their frustrations out on Markus. I’m just saying that the hatred directed toward the androids seems a bit too strong in comparison.

I think I might just stright up unironically love this game, but my only experiances with this one have been through here and the Men Drinking Coffee playthrough. Maybe I just need to not play David Cage games to enjoy them.