Big Boss is about to go nuclear in METAL GEAR SOLID V: THE PHANTOM PAIN (and Ground Zeroes)

Ah, Metal Gear Solid V… it’s a good Metal Gear! It’s also… a bad Metal Gear. But that takes a while before it becomes apparent! We’ve been doing let’s plays of the Metal Gear series for a long time now, and this is the last we need to cover. This is the Metal Gear game that caused Hideo Kojima and Konami to part ways due to, well, a lot of reasons. The game took a lot of time and money to create, and Konami themselves were in the middle of just giving up on the video game industry. Kojima was fed up with working on Metal Gear, and Konami wanted to move to Pachinko machines and mobile games, things that would return on their investment faster. What you will see in this let’s play is probably the last of Metal Gear, not counting any awful attempts Konami makes at trying to get a quick buck out of the IP.

Dust: A Tale of the Wired West:
Episode 1: HOOOO-IE 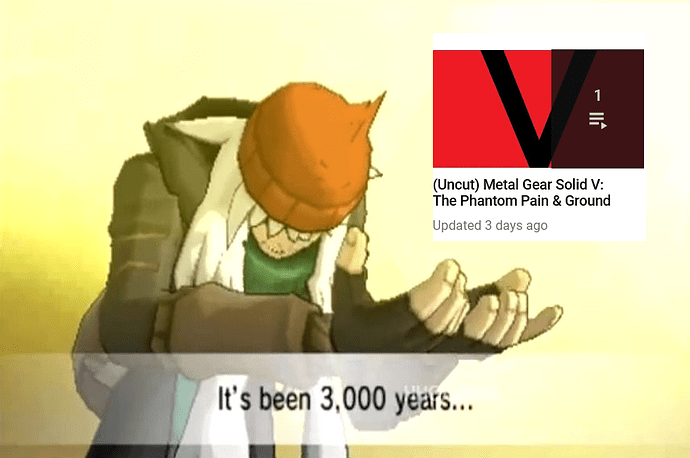 I’ve literally been waiting for this since the game came out.

The lack of an IV bag or anything in the nurse boob shot in the beginning seems like a real uncharacteristic lack of detail for a Kojima game, but I guess boobies.

I just want to get out ahead of things here and let everybody know that I’d give my life, not for honor, but for you.

Is it Tactical Espionage Operations because he was being… operated upon?

Really been looking forward to this. Can’t wait to see what you’ve got for us Chip.

Oh man I missed this when I played. Big Boss’s got the buddha number in fragments in his body. Sweet.

I told myself I’d space the three videos out, and then watched all of them today instead

Once this is all done–when my toddler has graduated high school–you gotta tell us the tally of total hours of footage recorded between GZ and TPP.

Y’know, I was just thinking now would be a good time to revisit MGSV, what a coincidence! So far it seems like it’s held-up wonderfully.

I don’t even want to talk about spoilers at this point, but just for reference, how much does Irenicus know ahead of time?

I don’t even want to talk about spoilers at this point, but just for reference, how much does Irenicus know ahead of time?

Given his reaction to Man On Fire, I’m gonna guess the traditional “nothing at all”. But I may be wrong or misremembering the past LPs.

I think Ironicus knows about some of the broad strokes of the game, but that’s about it.

well, this is finally happening!
…and I think I need to rewatch earlier LP’s or a lore vid or something because I have totally forgotten the actual plot of previous games.

Hoo boy I’ve been excited about this one for a while now. Chip’s LPs are what got me into the Metal Gear series, and MGSV is the first one I actually got to play myself. Despite its shortcomings, I enjoyed the hell out of this game, and I ended up playing it to 100%. It’s one of my favorites. So now I’m hyped to see all the things I STILL SOMEHOW MANAGED TO MISS after playing so obsessively.

The intro sequence still gives me chills though. Cinematically it’s not even anything that special, but I guess I was so excited the first day I played that it stuck with me anyway.

I’ve had a key for MGS5 sitting around for awhile and never got around to activating it on my Steam account ever since finishing it on PS4. Might have to fish for it now and do a little play-along while this is going on.

Can’t wait for the rest of the LP!

I had no idea about the hospital statue, dang. I kinda want a high res of it now just to see!

Also Ironicus mentioning the Sad John Cena template forces me to dig up my attempts at a proper Cena. 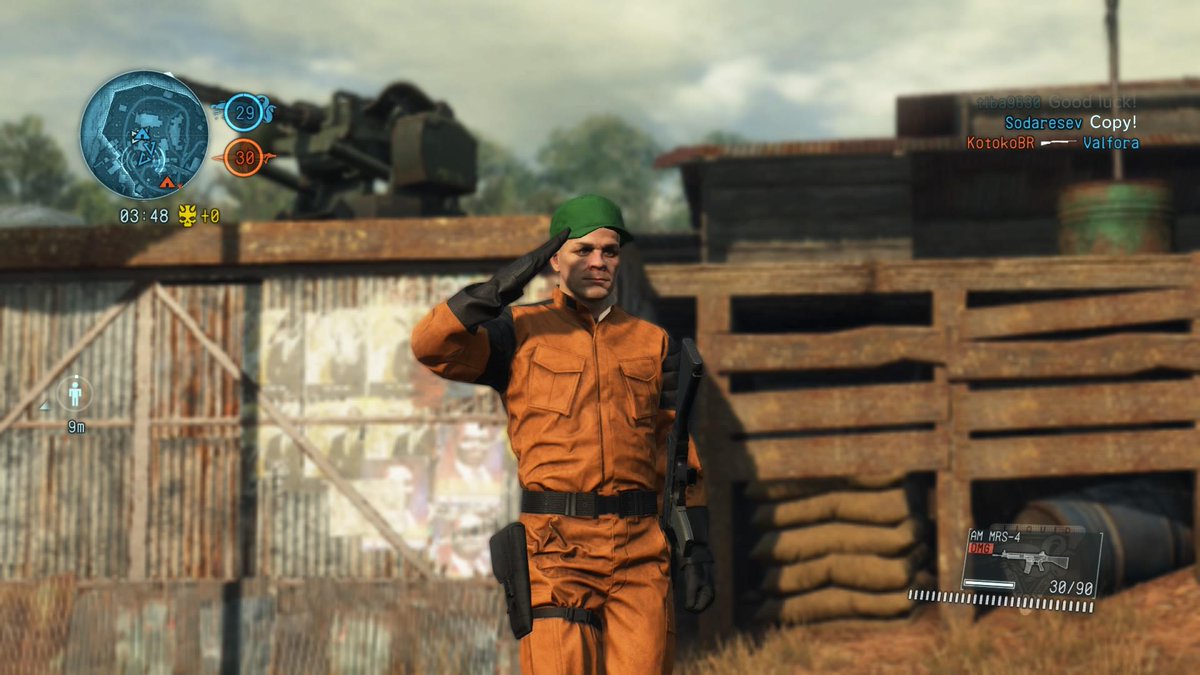 It’s nice to see this get going! I have mostly no idea what to expect so this promises to be an adventure.