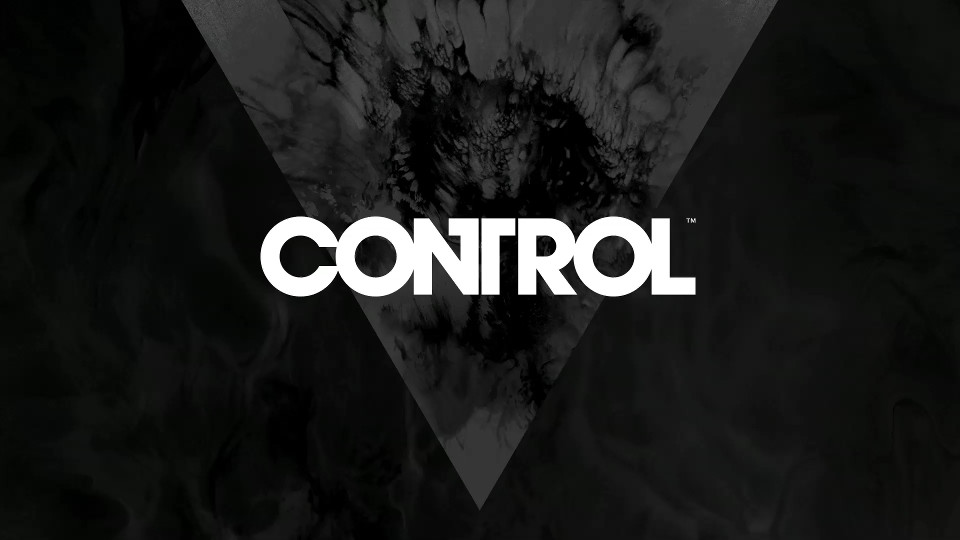 Control is a game from Remedy Entertainment, the developers of Alan Wake and Quantum Break, and carries on their proud tradition of strange, cinematic games where anything can happen. In this game, we play as Jesse Faden, an ordinary girl only in the sense that she comes from a town named Ordinary, as she searches the offices of the Federal Bureau of Control for information about what happened to her brother, and possibly also what happened to her. It’s not easy, though, because the FBC is essentially the SCP Wiki brought to life. It’s an organization dedicated to rounding up and containing supernatural objects, and covering up the existence of the supernatural in the outside world, while searching for any use they can get from the affected objects. We get to explore the expansive world from this perspective, while fighting a malevolent resonance that infects anyone who hears its repetitive chant.

The game has a pretty solid atmosphere and sense of humor, including redactions. LOTS of redactions. The word that describes this is redacted. Most of the insight into the story and background comes from documents that we’ll find lying around, many of which are covered in black bars. I plan to screenshot and transcribe them all, including my best guess as to the contents of the redacted portions, but it’s all speculation. I’ll also explore everything I can and try to help you, the viewer, put together the pieces of each puzzle. Let’s see whether we can plumb the depths of the FBC’s mysteries together.

Given the heavy emphasis on redactions, I expect a good deal of the commentary in the thread to lean on spoilers for humorous purposes. However, that will make it difficult to determine whether there are actual spoilers behind the blurred text, so please try to avoid discussing anything that hasn’t been been explained in the videos, especially things that will appear later in the game. If you must draw connections between things that we’ve seen to foreshadow things that we haven’t, please make it clear that the spoiler bars are actual spoilers rather than a redaction joke. We don’t need to spill the beans that (actual spoiler) Ahti the janitor is some kind of ancient god communing with the forces at work in the Oldest House just because someone thought they were going to see an innocent punchline.

Join me in Game Informer’s top game of 2019, and the game that contains the Best Scene of 2019, which is definitely the second best scene in this game.

Control is literally my game of the year last year, so I’m definitely watching this. Love this game.

Most weird games start with some semblance of normalcy, then ramp up the weirdness as they go, building up a sense of wonder by gradually introducing things that slowly stretch the player’s suspension of disbelief until nothing is a surprise anymore. Control is not most weird games. It dives headfirst into the deep end, sets a high bar for strangeness, and then ramps up as it goes. Our first destination is a strong contender for the weirdest part of the game, unless you’ve ever heard of the “Internet” and some of the things that are found there. However, it’s really what’s on the TV that will take the floor out from under you. 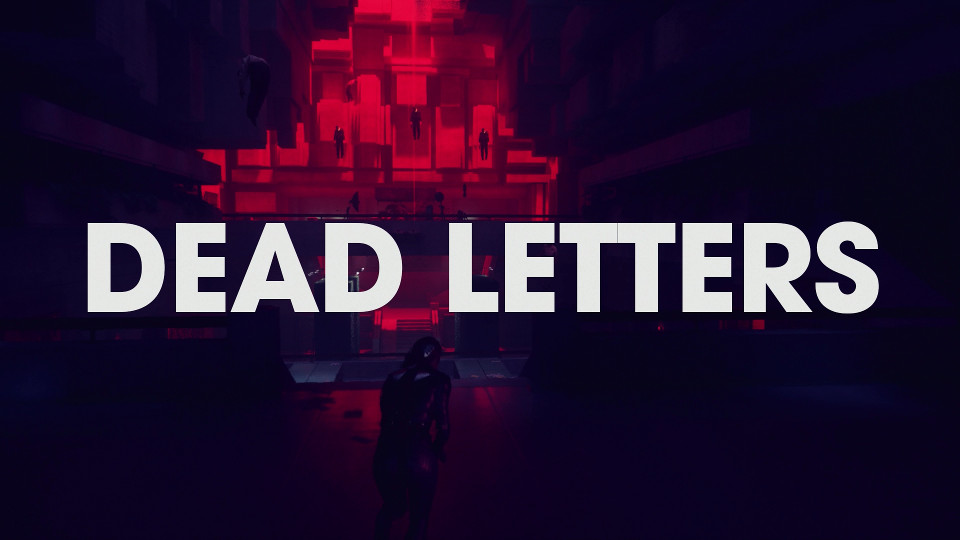 Alternate title, which you should totally look at before watching the video: The director is a poophead! A dirty, rotten fart person!

I also didn’t realize that it’s possible to hear the entirety of the Hiss chant right here, at the very beginning of the game. While it loops endlessly, there is a distinct beginning, as most times when we will hear the chant, it will start at a specific line. I didn’t catch that at the start of this video, but this is a single loop of the chant.

And here, for your enjoyment and edification, is the entirety of the Hiss chant, from the beginning:

I would put that chant in a spoiler box just so it’s not… a very large amount of text on screen.

I mean, I guess, but a giant spoiler seems so inconvenient.

Oh, wow. I didn’t realize that was a thing. Much better, thanks.

i cannot quite articulate how much my innards did not like what was on that TV.

Now, that we know the Oldest House has a memory, which is probably influenced by humanity’s collective unconsciousness hence the newer tech disappearing or exploding, I’m really wondering if the O.O.Ps are just dangerous because they’re the archetypal constants. As in The Service Weapon is always a gun, Moljnir is always a hammer, Jukebox is a Jukebox, etcetera, and thus the Hiss can use those as a handhold into someone’s mind. The Oldest House’s Tardis-esque qualities is actually a good thing then as you can never say/think/conceptualize “The House is This. It has X floors, which lead to Y departments, that have Z offices and if you go right at A, then take elevator B, you get to C”. No concrete plans, no way for the Hiss to sneak in. They have to brute-force it and that means Lockdown (and plucky protagonists start mucking about). Makes me wonder what non-physical archetypes would do, like Google- everybody knows what Google is, but what would happen if it turned into an O.O.P?

We will learn in time that in addition to Objects of Power, there are Places of Power and that the Oldest House is one of those. (discussion based on late game knowledge) I don’t believe that the nature of the building has anything to do with the Hiss invasion’s success or failure, other than the tangential reason for it being the origin of the invasion, but it definitely has its own defenses against attackers.

The Oldest House is a Boomer. That’s why new technology doesn’t work.

One of my favorite parts of this game is the number of options available for combat and puzzle solving. We’ll be able to mix up all of our abilities, and each new Object of Power adds more combinations to our arsenal. We move right from this amazing upgrade to our first real boss fight, which seems a bit tough for such an early part of the game. My other favorite part of the game is, as always, the atmosphere. Those who miss Night Springs in particular may find something to enjoy in this video. 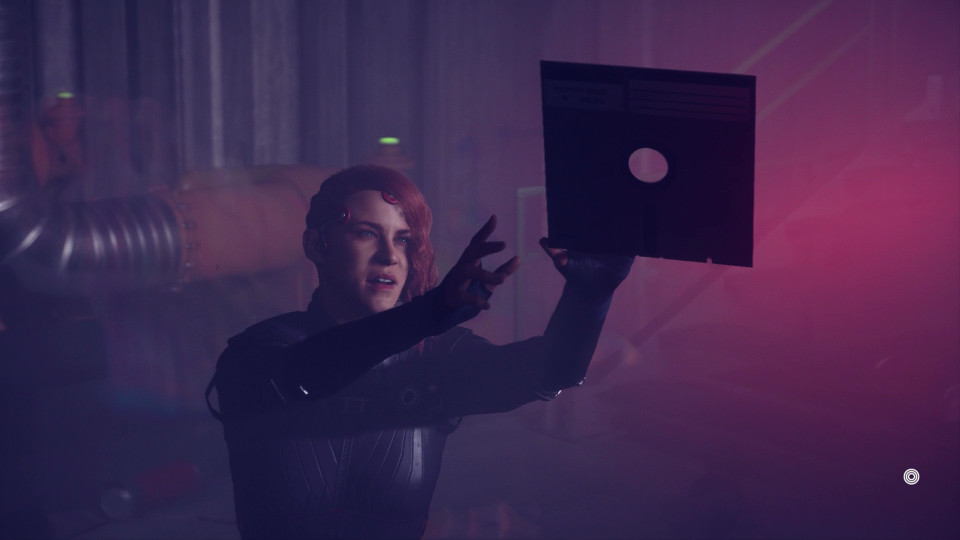 The Floppy Disc may be literally the best power up in any video game ever. I remember a friend of mine long ago showed me Crysis, and showed how the Power Form in that could throw people, and it was the most lifeless nothing throw in existence. The Floppy Disc is like the exact opposite of that.

Everything in this game has hidden depths, and we only get glimpses of it as a newcomer in a bureau that’s almost out of sane employees who could tell us about any of it. The Hotline cuts through a lot of that. Director Trench’s thoughts have been coming to us in bits and pieces, covering the most important details that we’ve needed along the way, but now we can hear the full messages. However, the Hotline is under some of the highest security the Bureau has to offer. 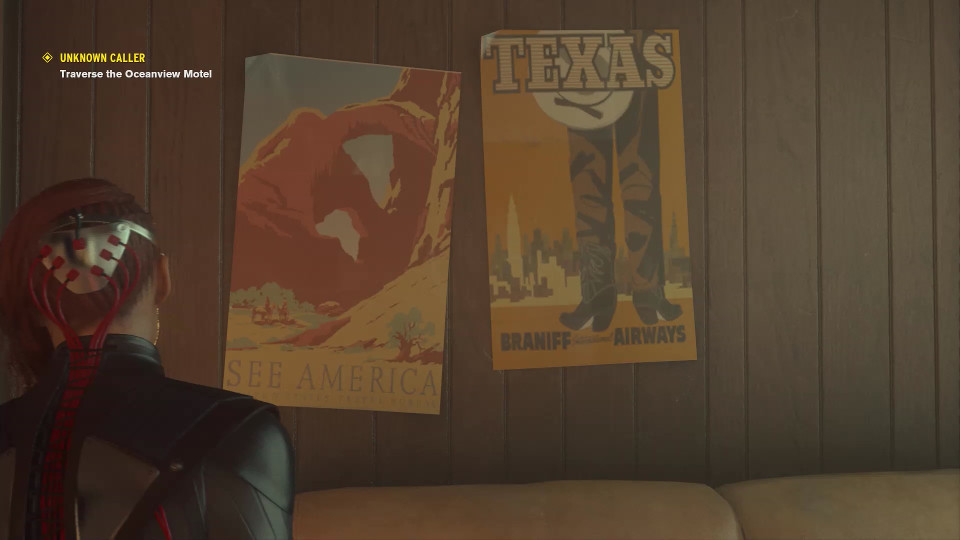 Yes, I spotted the document I missed after the fact. I’ll pick that up at the start of the next episode.

I’ve certainly had a lot of <Fun/Trouble> trying to emulate Board-speak, but I don’t even want to try with today’s video. I’m making a storm with my sweat just thinking about it.

I think many people underestimate the janitorial staff, particularly in their own workplace, when applicable, but really, janitors everywhere. I’m not just talking about the disease that’s spreading all over the world as I write this, although that’s certainly bringing the issue of cleanliness to many people, but have you ever considered that cleaning needs to happen in even the most secure, highly classified facilities? Did you think the scientists and military officers who use those spaces cleaned up after themselves? Janitors, as far as I know, get the highest access to every place there is, because nobody has the time to watch them work. (Granted, they can’t usually access those facilities themselves, but someone will open the door and then go back to their job and let the janitor mop the floors, empty the trash, dust the filing cabinets…) That requires the highest level of clearance that’s applicable. All this for one of the most underappreciated jobs. I always thank the janitor when they come to clean my work space, and I encourage everyone out there to do the same. And mean it. Really, appreciate your janitors. However, I would not normally suggest going so far as to take orders from them. Ahti, the janitor at the FBC, is an exception. He’s opened our way forward, and all he needs us to do is a little bit of cleaning. If we don’t get it done, everybody in the FBC will die. No big deal, right? After everything, we’re a janitor’s assistant through and through. 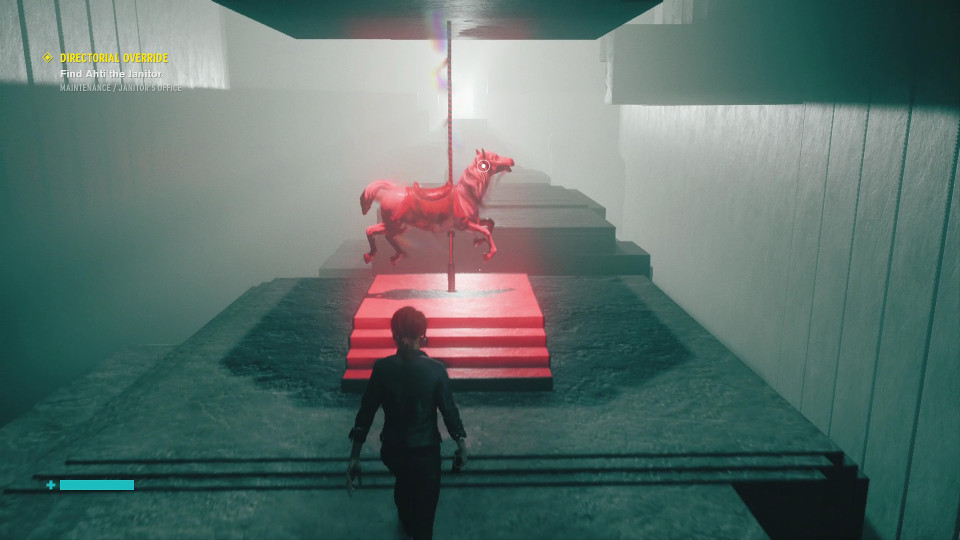 Part 5: Meet Me in the Maintenance Polsy Youtube Documents

Having worked AS a janitor, I can like, 100% endorse the message of “janitors are shockingly vital to the continued existence of basically any organization” and would like to note that basically every old janitor I’ve ever known carried the same kinda energy he does.

It’s the sort of job where you just kinda… have the feeling grow on you, as time passes.

All janitors become Finnish, it’s just a matter of time.

Even better, Hirayuki in the Something Awful thread posted a link to a list of Finnish idioms, and sure enough, most of the ones Ahti uses are just literal English translations from that list. So a heel taught me not to make fun of someone’s strange way of speaking without doing my research.

You’d think that being under quarantine would give me more time to work on videos, and to a point, you’d be right. But to a different point, everybody under the sun is offering discounts on games, and I’m discovering so many other things to do. On top of that, the first paid DLC for Control is out, and it’s much better than the free expansion. I spent hours on it and still have plenty to do. It’s a bit strange being trapped in a building with all sorts of strange things happening outside due to a rapidly-spreading infection, playing a game about people trapped in a building with all sorts of strange things happening inside due to a rapidly-spreading infection. There’s something equally disquieting about most of the symptoms on the list of things to watch for being my general state of health, and no convenient way to know for sure what’s up. All in all, it’s a perfect atmosphere for some light maintenance. You know the stuff: Powering up disabled coolant pumps, throwing barrels of unknown material into an incinerator that may or may not itself be alive, and trudging around a sewer shooting the shit… literally. 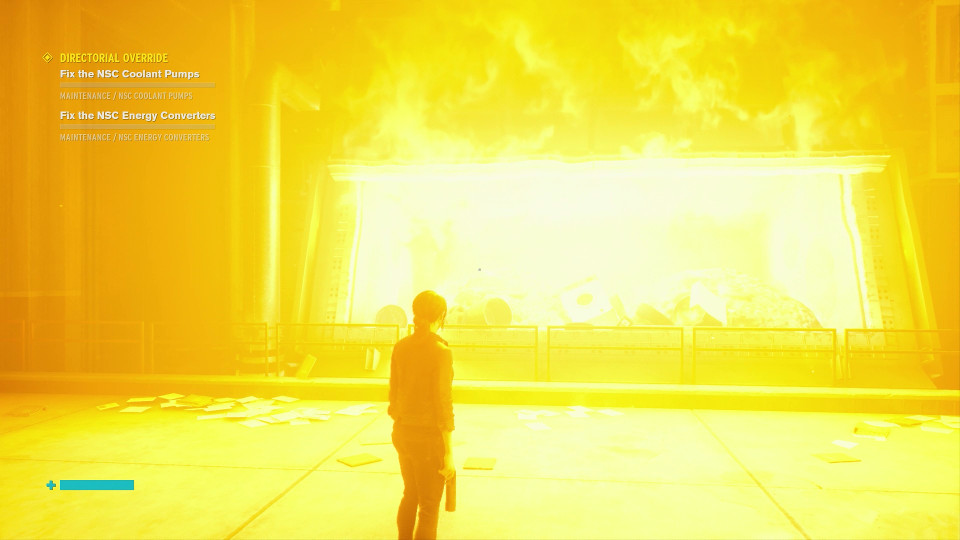